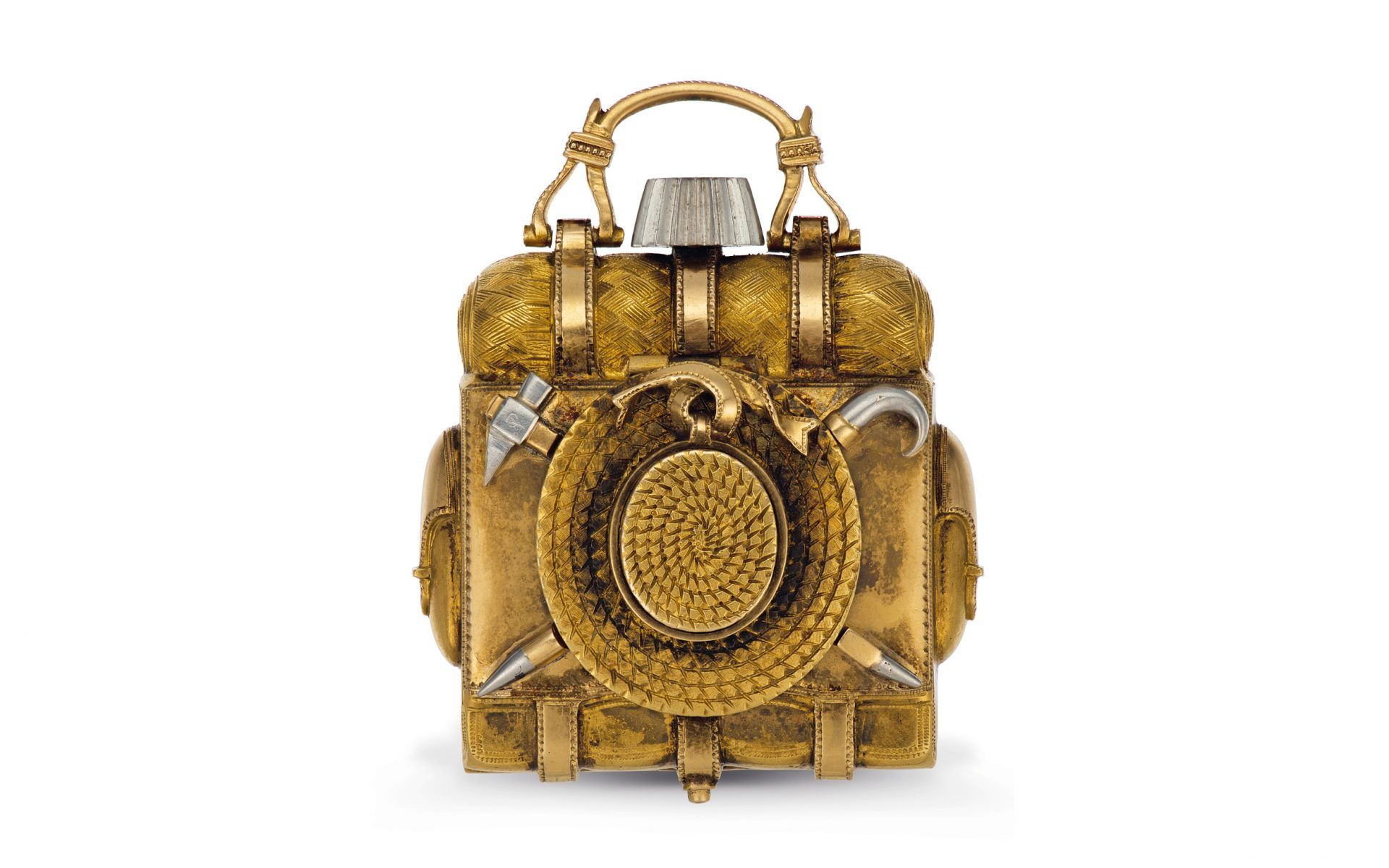 The 11 Most Exciting Lots During Christie’s Luxury Week Auctions

Christie’s New York is closing out its 2019 auction schedule with a number of remarkable sales. “I’ve been here for 26 years, and this is probably one of the nicest sales that we’ve had in over five years,” Daphne Lingon, head of the jewelry department at Christie’s New York, tells Galerie. “We’ve put together 453 lots in our Magnificent Jewels sale, and we also have over 650 lots in our online sales. We literally have something for everyone.”

Additionally, the weeklong event will have sales centered around design, wine, handbags, watches, and other luxury goods. Here, a look at some of the highlights. 1. The December 13 Design sale is bringing to market some monumental discoveries, including two pairs of circa-1902 Frank Lloyd Wright chairs from the historic Ward W. Willits House in Highland Park, Illinois. The museum-quality pieces, which have changed hands only once before, have their original finish and not been restored. “These pieces have been out of the public view for decades, and we are very excited to present them to the marketplace,” says Daphne Riou, head of Christie’s design department. (The lot sold for $325,000.)

Recommended: 7 Must-See Exhibitions Around the World This Winter

2. Another standout in the Design auction is this circa-1951 Jean Prouvé swivel chair that still has the original upholstery. In fact, a number of Prouvé pieces are featured alongside remarkable works by Gerrit Thomas Rietveld, Franco Campo, and Jean Royère. 3. The Design sale is also brimming with decorative objects, among them a striking grandfather clock from Adolf Loos, a mantel clock by Koloman Moser, and a circa-1910 peony floor lamp by Tiffany Studios. “This is one of the most important objects in the sale,” Riou tells Galerie of a circa-1879 Christopher Dresser teapot that realized $399,000 at auction. “The shape is so incredibly modern, and only three are known to exist: One is in a museum, one is in private hands, and this is the other one from a private collection.” 4. One of the largest chandeliers to pass through Christie’s is a circa-1950 brass chandelier by Paavo Tynell that was estimated to fetch between $150,000 and $200,000 at auction. A pair of 1992 patinated-bronze Jaguar benches by Judy Kensley McKie, numbered 1 and 2 from an edition of 12. Photo: CHRISTIE'S IMAGES LTD. 2019

5. Also not to be missed is a pair of Judy Kensley McKie patinated bronze benches, numbered 1 and 2 from an edition of 12, estimated to bring between $150,000 and $250,000. The pieces are being sold with four artist’s proofs. “The Jaguar bench is one of McKie’s most iconic creations,” says Riou of the pieces which went for $375,000 in the sale. 6. A remarkable brooch, estimated to bring between $3.5 million and $5 million, is a highlight of the December 11 Magnificent Jewels auction. “These have been in a vault at the museum since 1971,” says Lingon of two remarkable examples of bijoux gifted to the Virginia Museum of Fine Arts by one of its founders, Mrs. Jessie duPont. “In terms of rarity, these are at the very top. What’s exceptional about the duPont Ruby is that it is over ten carats, so to find a stone of this quality, color, saturation, transparency, and lack of inclusions is very, very rare in today’s market. We’ve had so much interest in this brooch; we think it will exceed its estimate.” 7. Another star of the auction is Mrs. duPont’s Belle Epoque Colombian emerald and diamond ring by Tiffany & Co. “We have a triumvirate here; we have an exceptional ruby, emerald, and sapphire,” says Lingon of the Magnificent Jewels highlights. “For us just to have all three in the same sale is quite unusual.” 8. Also in the auction are a selection of Bulgari Serpenti watches, two from the mid-1970s and one that is more contemporary. “These are highly collectible,” says Lingon. “They’re not easy to find on the market. This one with onyx and coral is a very dramatic color combination. Collectors really seek these out.” 9. The handbag sale is populated with a variety of vintage Hermès Birkin and Kelly bags in every color of the rainbow, as well as pieces from Chanel, Fendi, and other luxury labels. “The Himalaya is considered the holy grail for collectors,” says Caitlin Donovan, head of Christie’s handbag and accessories department, of the bag, which sold for $125,000. “This beautiful white center is achieved in a very difficult dying process, and these handbags are created in a different part of the atelier since just one drop of dye would render the skin useless. It’s very special and highly collectible.” 10. The December 12 auction of the American Icon collection includes timepieces owned by famous Americans, including astronaut Wally Schirra and the late President George H.W. Bush. However, most noteworthy may be the set of two pocket watches, one that once belonged to Ernest Hemingway and the other, a Vacheron Constantin, owned by hotelier Charles Ritz. “In the Deco period they were very good friends,” says watch department specialist Rebecca Ross. “This watch was given to Hemingway by Ritz as a gift for his fourth marriage.” 11. Never before had the Christie’s team seen a Patek Philippe form watch in the shape of a backpack. This 1875 piece, featuring tools and a blanket, was made especially for the American ambassador to Egypt, Elbert E. Farman, who brought Cleopatra’s Needle, an icon of Central Park, to the U.S.