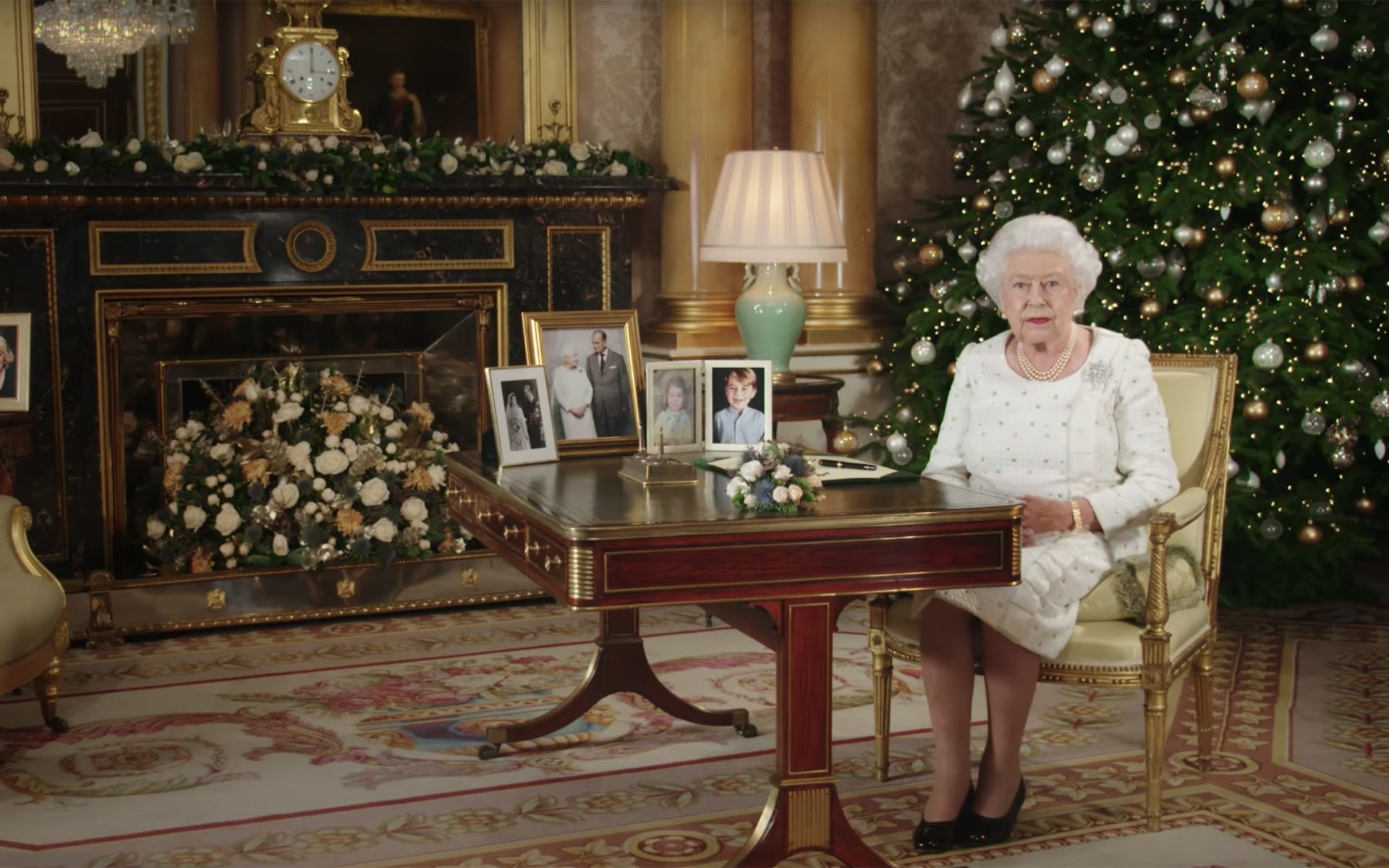 See How the Royal Family Decorates for Christmas at Buckingham Palace

The family also shared photos of the decorations at Holyroodhouse in Edinburgh, the Queen’s official Scottish residence

At Buckingham Palace, the trees are trimmed, the halls are decked, and the royal family is officially ready for Christmas.

The family’s official Instagram account shared a look at the palace’s decorations, and they’re just as splendid as you’d imagine. A trio of trees, all grown on the family’s property in Windsor, line the Marble Hall at Buckingham Palace, and garlands have been fixed along the grand staircase, a custom that “was introduced to Britain in the 18th century by Queen Charlotte, consort of King George II, although it was a yew tree rather than a fir that was used.”

Watch The Christmas Trees arrive at Buckingham Palace ? Every year, three trees are placed in the Marble Hall – and a garland is fixed along the grand staircase. The custom of displaying Christmas trees was introduced to Britain in the late 18th by Queen Charlotte, consort of King George III, although it was a yew tree rather than a fir that was used. The Christmas tree was popularised by Queen Victoria and Prince Albert in the nineteenth century. The Christmas Trees standing today at Buckingham Palace were grown in Windsor. Find out more about The Royal Family at Christmas on www.royal.uk

The post shares that the tradition of having a Christmas tree was popularized by Queen Victoria and Prince Albert. The royal couple’s annual festively decorated trees led to firs being sold throughout England in the 19th century.

The family also shared photos of the decorations at Holyroodhouse in Edinburgh, the Queen’s official residence in Scotland, which was also festooned with hearty garlands and an array of glittering red ornaments.

Staff at the Palace of Holyroodhouse, The Queen’s official residence in Scotland, have been busy decorating it for Christmas. ? The Christmas tree in the Throne Room stands out against the newly-installed painting of Charles II and the Grand Staircase is looking festive with a garland and lights. ?✨ ? from @royalcollectiontrust