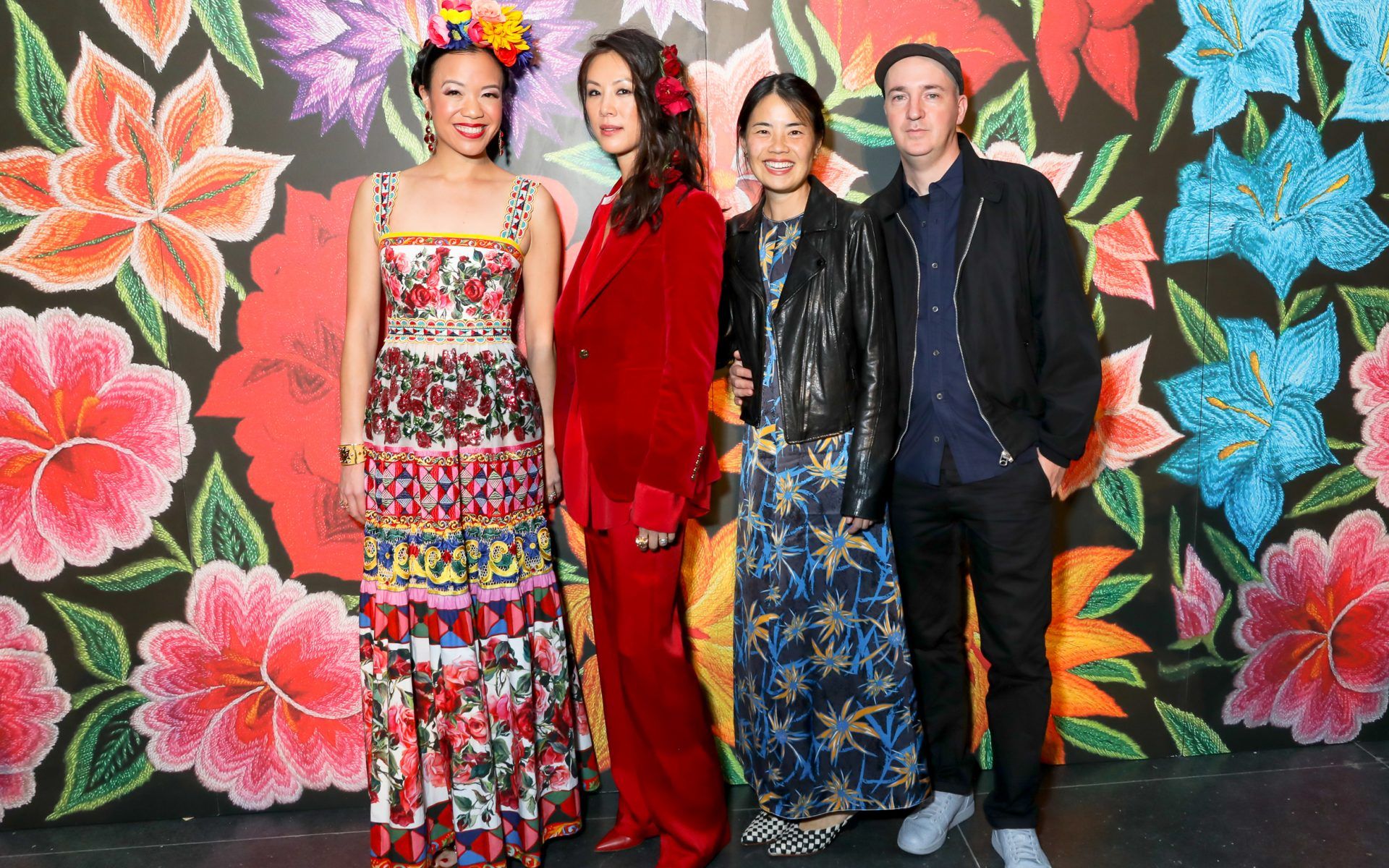 Swizz Beatz, Nick Cave, and KAWS Come Out for the Brooklyn Artists Ball

Around 600 well-heeled guests from the worlds of art, music, business, and philanthropy headed to the Brooklyn Museum on Tuesday night for the eighth annual Brooklyn Artists Ball. The evening was a wildly festive soiree honoring artist Nick Cave, who is known for his wondrous Soundsuits, which blend fashion and sculpture, as well as Bank of America. As always, the fête included many notable artists, among them Mickalene Thomas, Kasseem Dean (better known as Swizz Beatz), JR, and Brian Donnelly (KAWS).

A dinner and silent auction kicked off the evening and later guests mingled in the museum’s Beaux-Arts Court for the after-party, which celebrated Mexican artist Frida Kahlo. A show of her personal objects, “Frida Kahlo: Appearances Can Be Deceiving” is on view at the museum through May 12. Brooklyn-based artist Olek created an interactive knitting environment, and leading guests to dinner were Puppet Kitchen’s Frida and Diego characters along with a small group of female mariachi singers.

As she welcomed guests to the event, the Brooklyn Museum’s director, Anne Pasternak, called it “one of the hottest museums on the planet.” Apparently, it is, as the gala brought in over $1.9 million, which will support the museum’s exhibition and education programs. See a selection of images from the event below: The scene at dinner during the Brooklyn Artists Ball. Photo: Benjamin Lozovsky, BFA