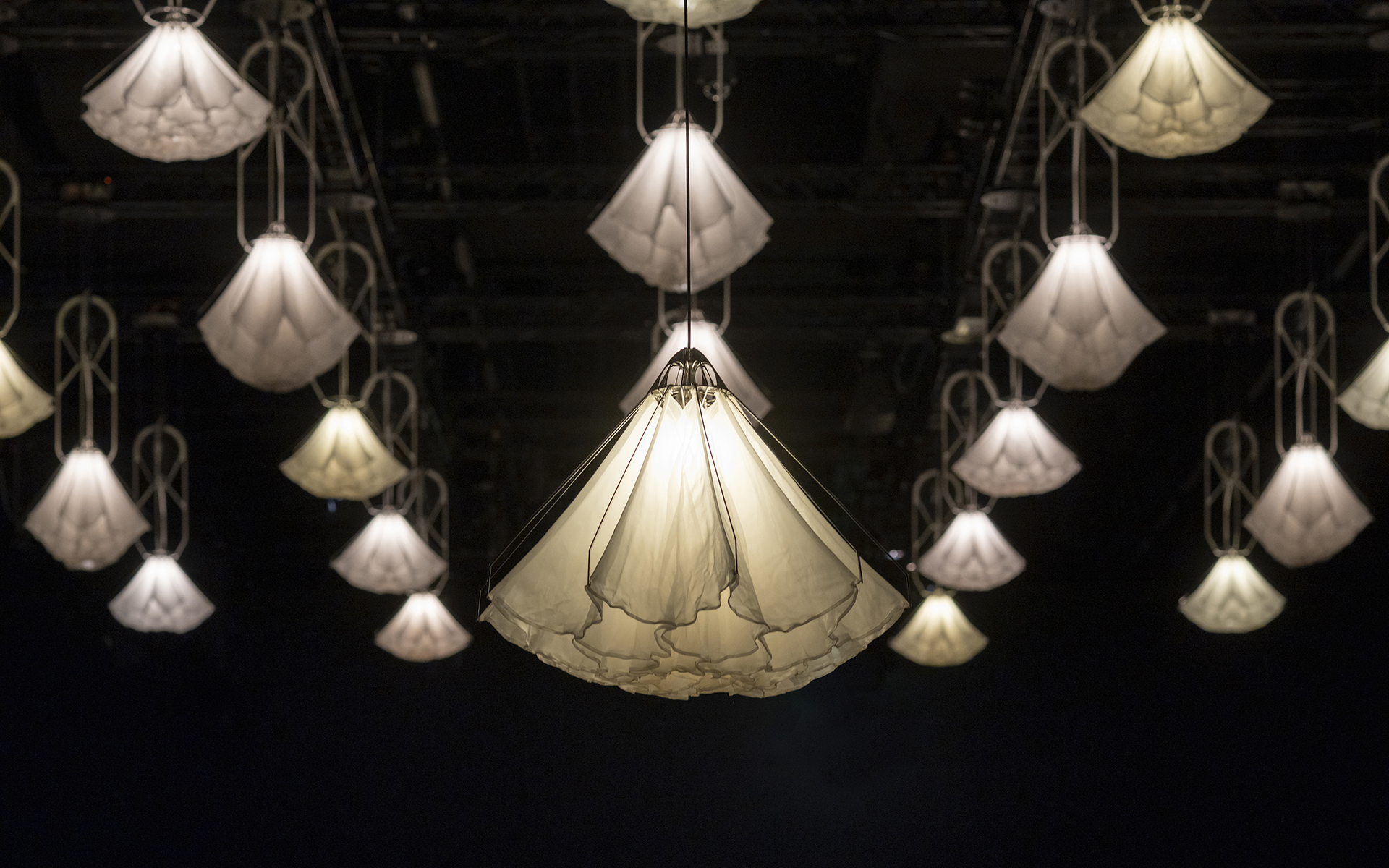 Shylight by DRIFT, which will be on view as part of the New York City Ballet’s annual Art Series
Photo: Ossip van Duivenbode 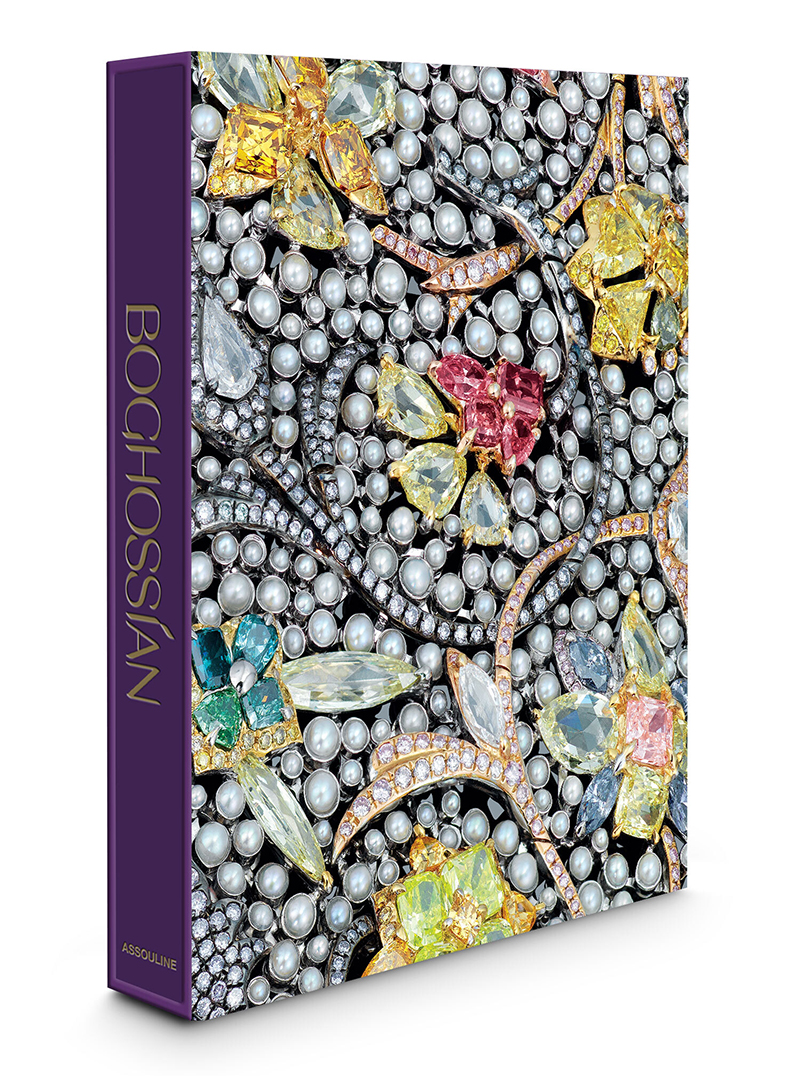 A pearl and diamond necklace by Boghossian. Photo: Harald Gottschalk

Published by Assouline and penned by esteemed jewelry historian Vivienne Becker, this handsome new tome shares the fascinating story of the Boghossian high jewelry maison. Beginning in 1868, Boghossian: Expertise, Craftsmanship, Innovation takes the reader on a journey from Armenia across the Silk Route, as the Boghossian family made its way from East to West before finally settling in Geneva, where the house is located today. Helmed by the fifth and sixth generations of the family, Boghossian is now considered one of the world’s master jewelers, whose one-of-a-kind pieces regularly fetch world-record prices at auction. Inside the sumptuously illustrated pages, the reader is invited to marvel at 150 years of creativity, meticulous craftsmanship, and gemological expertise as well as get insight into the behind-the-scenes process of some of the house’s most extraordinary creations.—Lucy Rees

Following a painstaking 20-year initiative to restore Hyderabad, India’s historic Osmania University College for Women, the World Monuments Fund (WMF) has announced that the project has officially been completed. Dating to the early 19th century, this landmark represents one of the country’s earliest examples of the classical revival style and originally served as the British Residency of the Hyderabad State. It converted into Osmania University College for Women in 1974, but due to poor maintenance, heavy traffic, and unsound repair work, the building eventually fell into disrepair. Now, after two decades and a generous $2.7 million from investors, the structure’s towering Palladian-style porch, 40-foot pillars, and Darbar Hall have returned to their former glory. To celebrate the momentous achievement, the project will be featured in the New York non-profit’s new book, An Architectural Masterpiece in Hyderabad (Scala Arts & Heritage Publishers). —Shelby Black 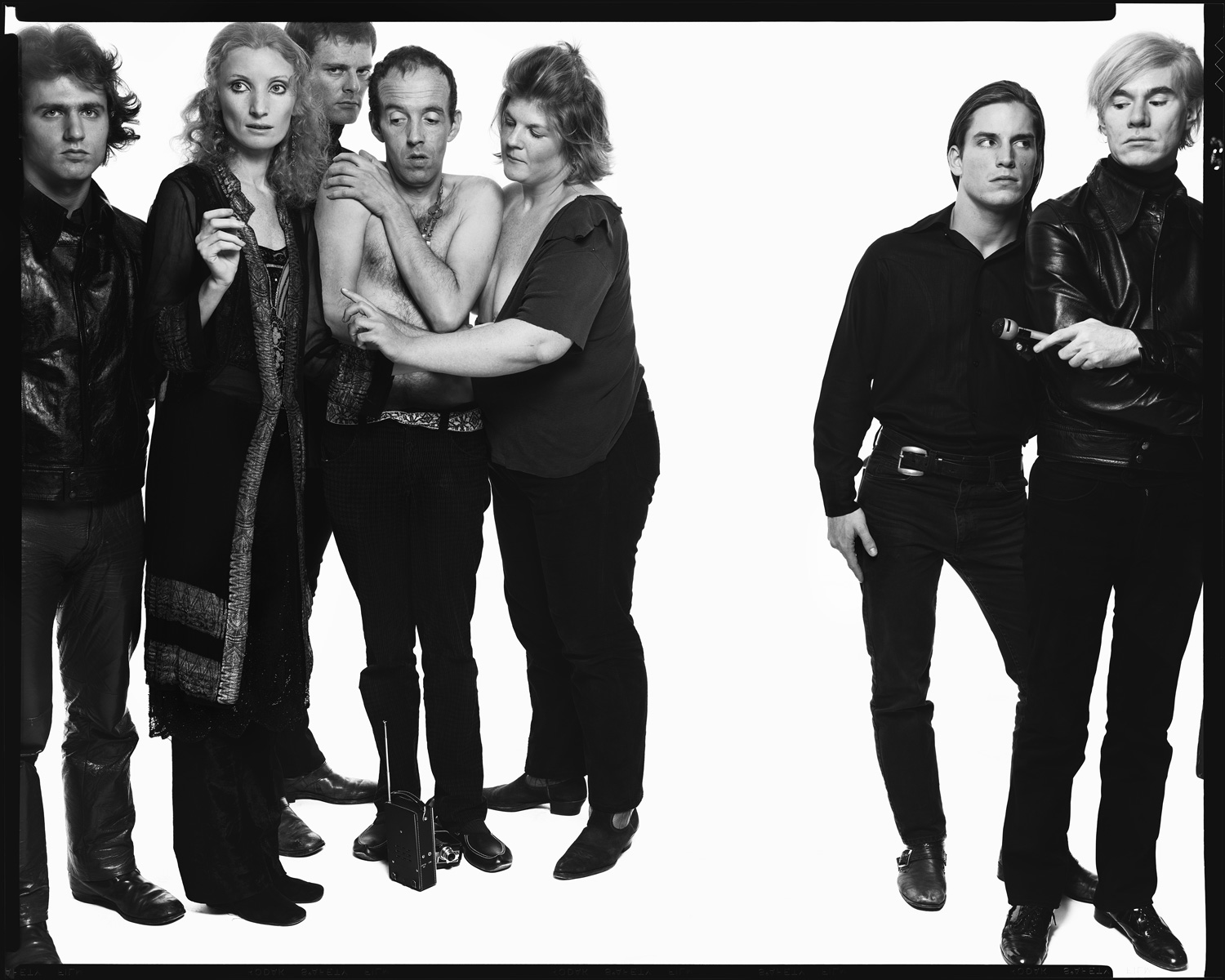 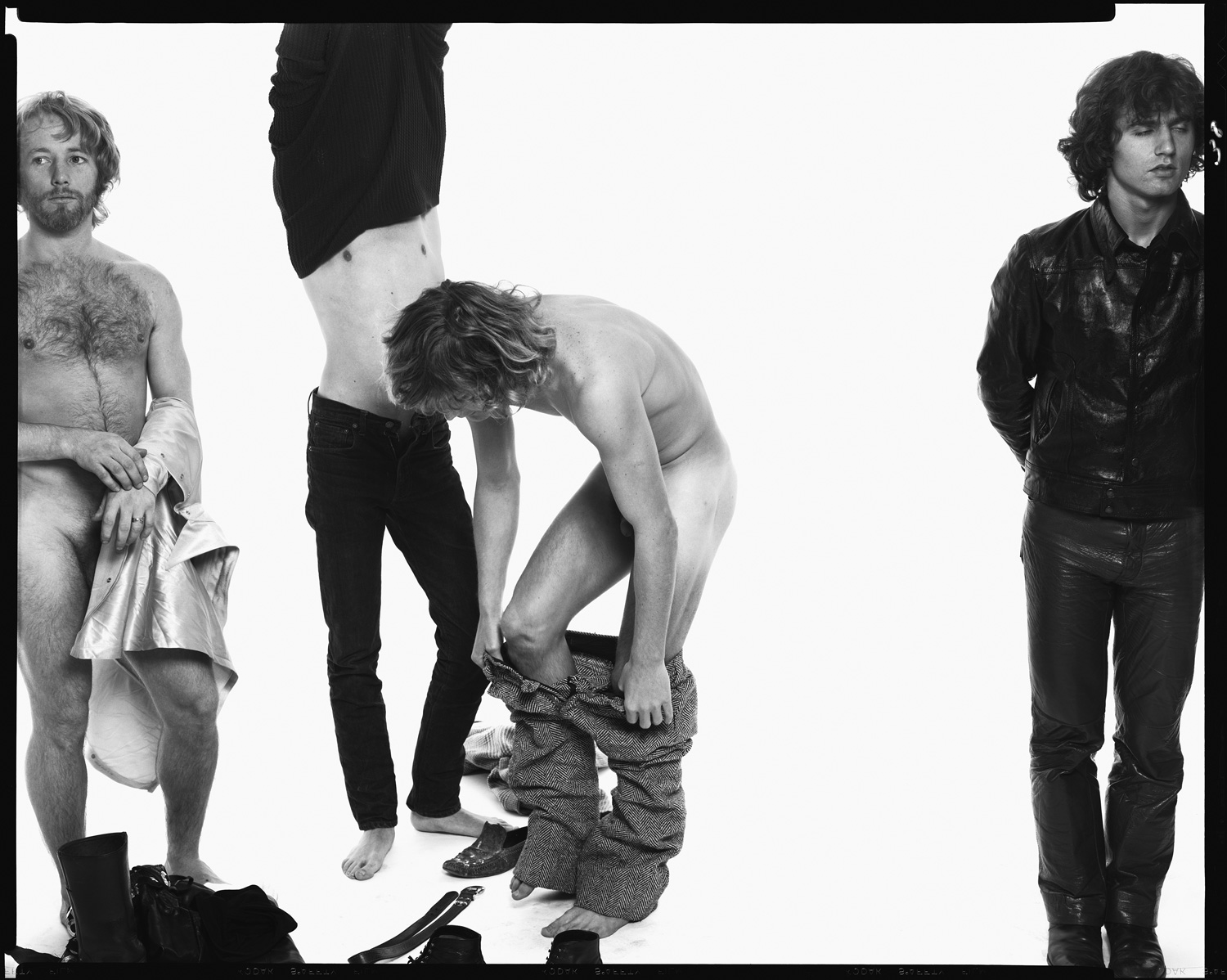 To celebrate the centennial of Richard Avedon’s birth, The Metropolitan Museum of Art will present a selection of astonishing group portraiture by the influential photographer in the exhibition “Richard Avedon: MURALS.” Organized around three monumental photo-murals at The Met Fifth Avenue, the presentation will include works that span as long as 35 feet. These larger-than-life gelatin silver prints capture important groups of artists, activists, and politicians of the late 20th century in Avedon’s ever-intimate and nuanced way. From Andy Warhol’s Factory to the Chicago Seven, these historic portraits will be on display amongst outtakes from the momentous sittings. Now part of the museum’s permanent collection, these three major murals donated by Avedon for his 2002 retrospective will be on view until October 1, 2023. —Stefanie Li 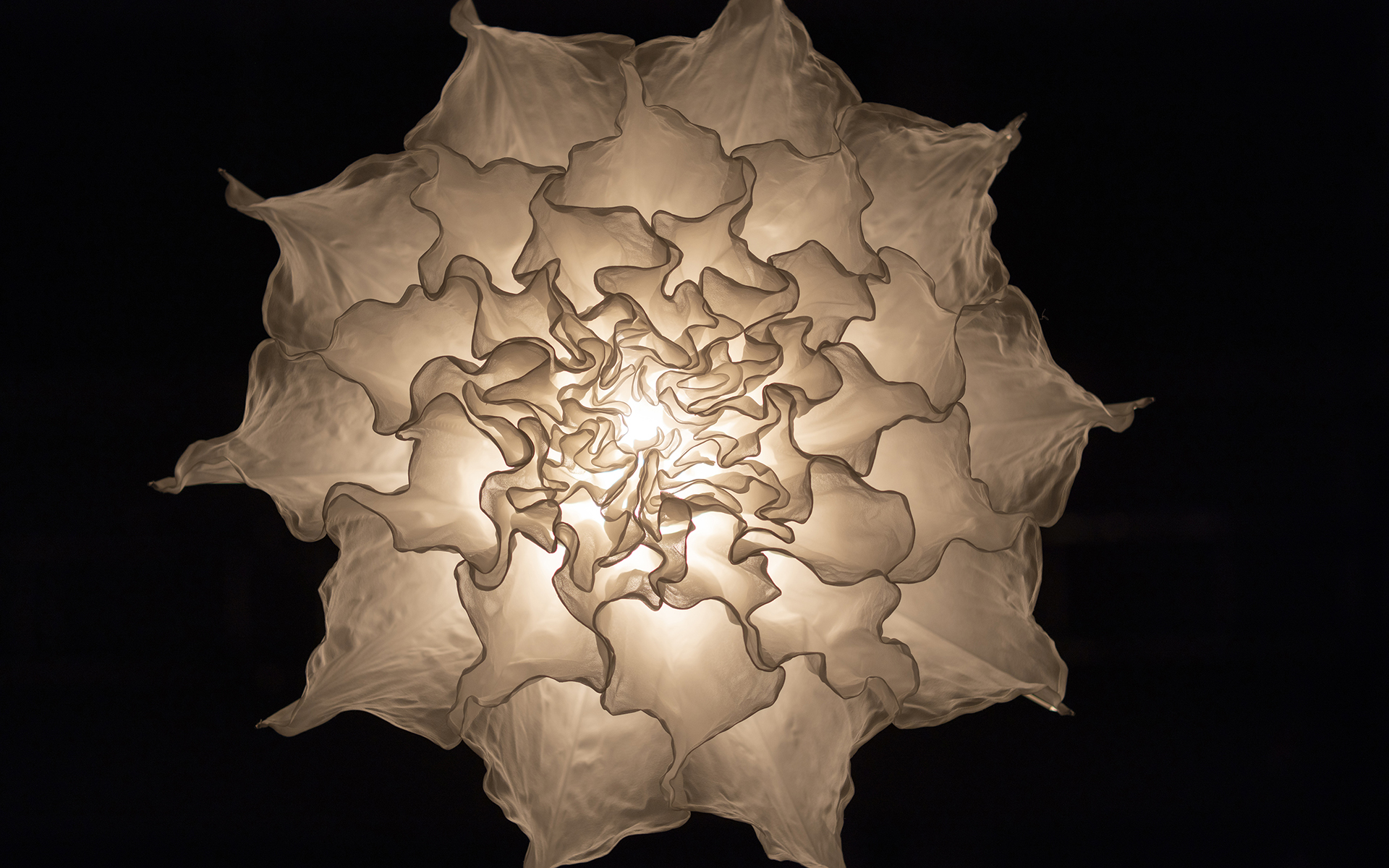 For the past decade, the New York City Ballet has collaborated with various visual artists for the annual Art Series, which in the past has featured the work of JR, Dustin Yellin, and Shantell Martin, among others. This year, the NYCB announced Amsterdam studio DRIFT, helmed by Dutch artists Lonneke Gordijn and Ralph Nauta, would be unveiling Shylight, in the promenade of the David H. Koch Theater at Lincoln Center. The performative sculpture, which is part of the permanent collection of Amsterdam’s Rijksmuseum, is inspired by nyctinasty, flowers opening and closing in response to their environment. On view through February 26 during all of the company’s performances, which will include The Sleeping Beauty and Copland Dance Episodes, choreographer Justin Peck’s collaboration with painter Jeffrey Gibson, the work is also available to see during open hours February 11 through 20; in addition, the NYCB will host special Art Series performances on January 27, February 3, and February 9 with specially priced tickets. This latest endeavor follows DRIFT’s recent awe-inspiring drone work Franchise Freedom, presented at Art Basel in Miami Beach, and the release of their debut monograph from Phaidon. —Jill Sieracki 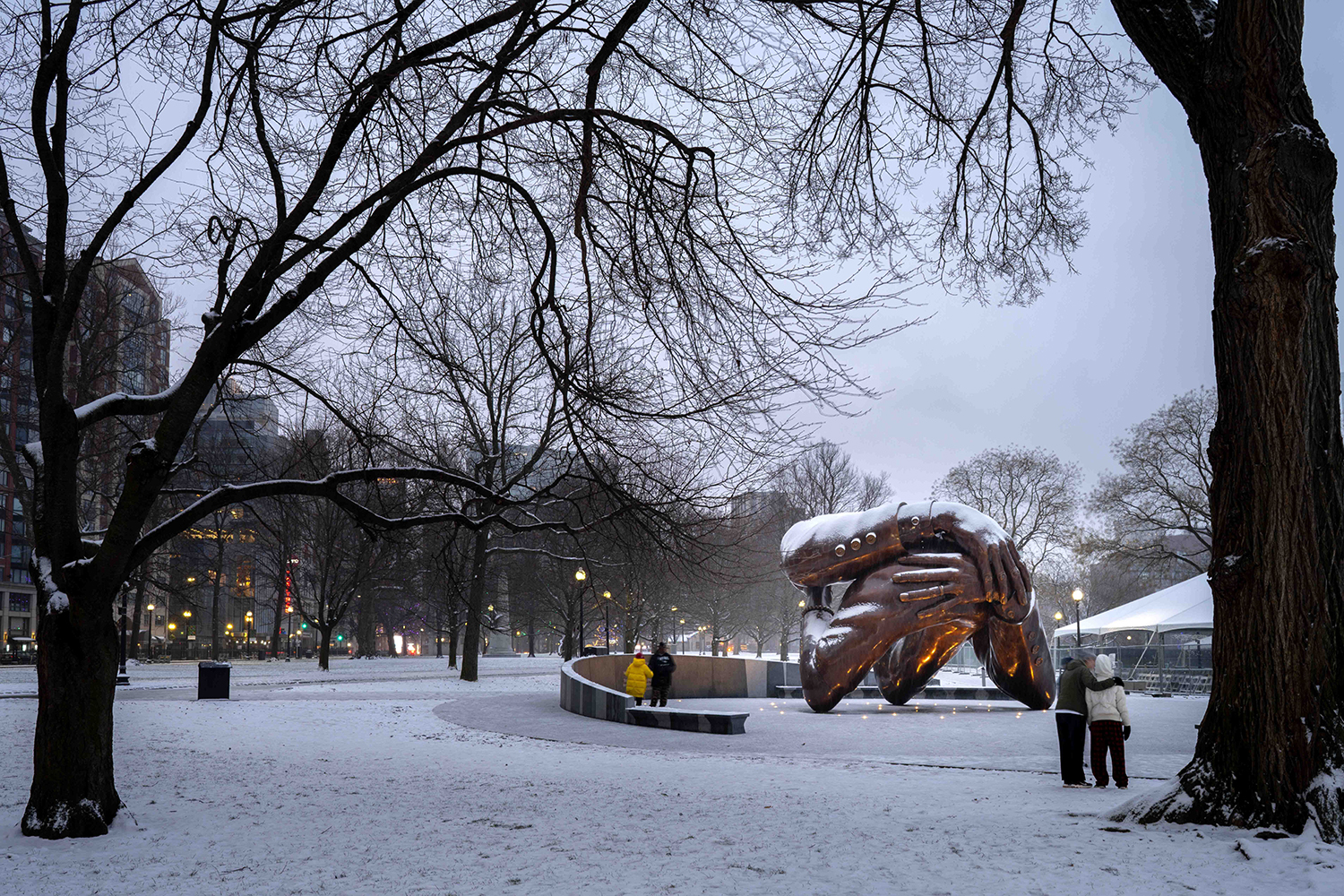 For nearly four decades, the enduring legacy of Dr. Martin Luther King Jr. has been commemorated on the third Monday of January each year. Just in time for this year’s observance, the city of Boston has installed a permanent memorial marking the inspirational bond between the legendary civil rights leader and his wife, Coretta Scott King. A design collaboration between celebrated New York artist Hank Willis Thomas and MASS Design Group, The Embrace is located within the 1965 Freedom Plaza in Boston Common, the city’s most prominent green space. Twenty feet tall and 25 feet wide, the massive bronze sculpture depicts the famous hug between the couple following Dr. King’s 1964 Nobel Peace Prize win and is first new memorial for the sprawling public park in more than 30 years. “The Embrace is a testament to what we can achieve when we come together,” said Thomas in a press release. “The sculpture embodies people’s capacity for love, change, and hope for the future.” —Geoffrey Montes

Cover: Shylight by DRIFT, which will be on view as part of the New York City Ballet’s annual Art Series
Photo: Ossip van Duivenbode
Next Post 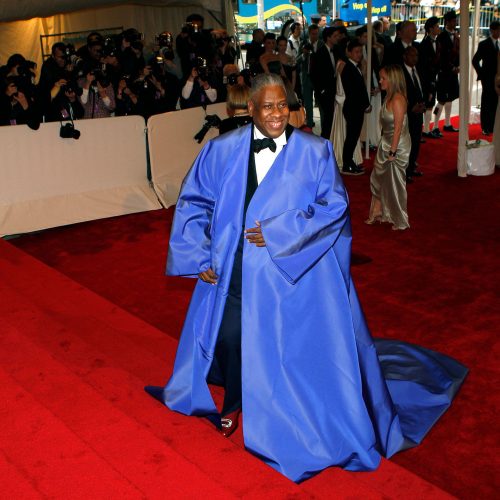 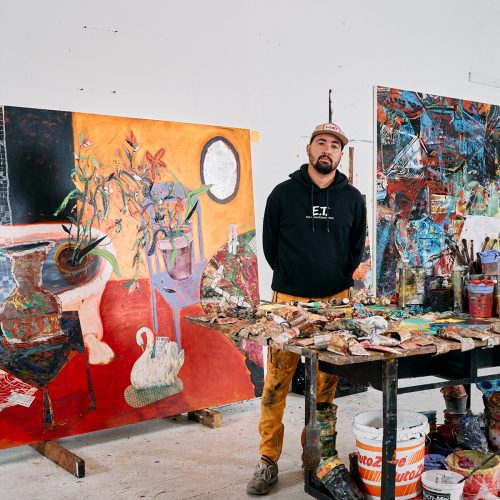 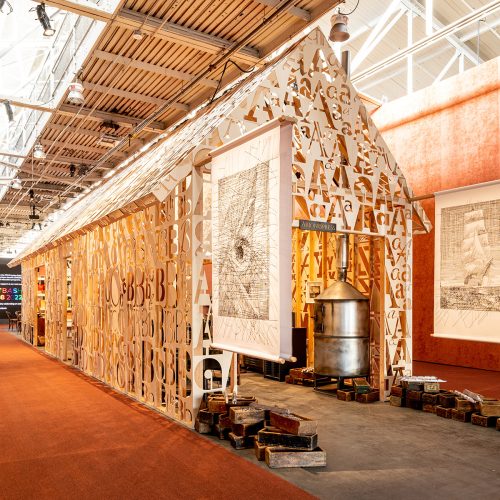