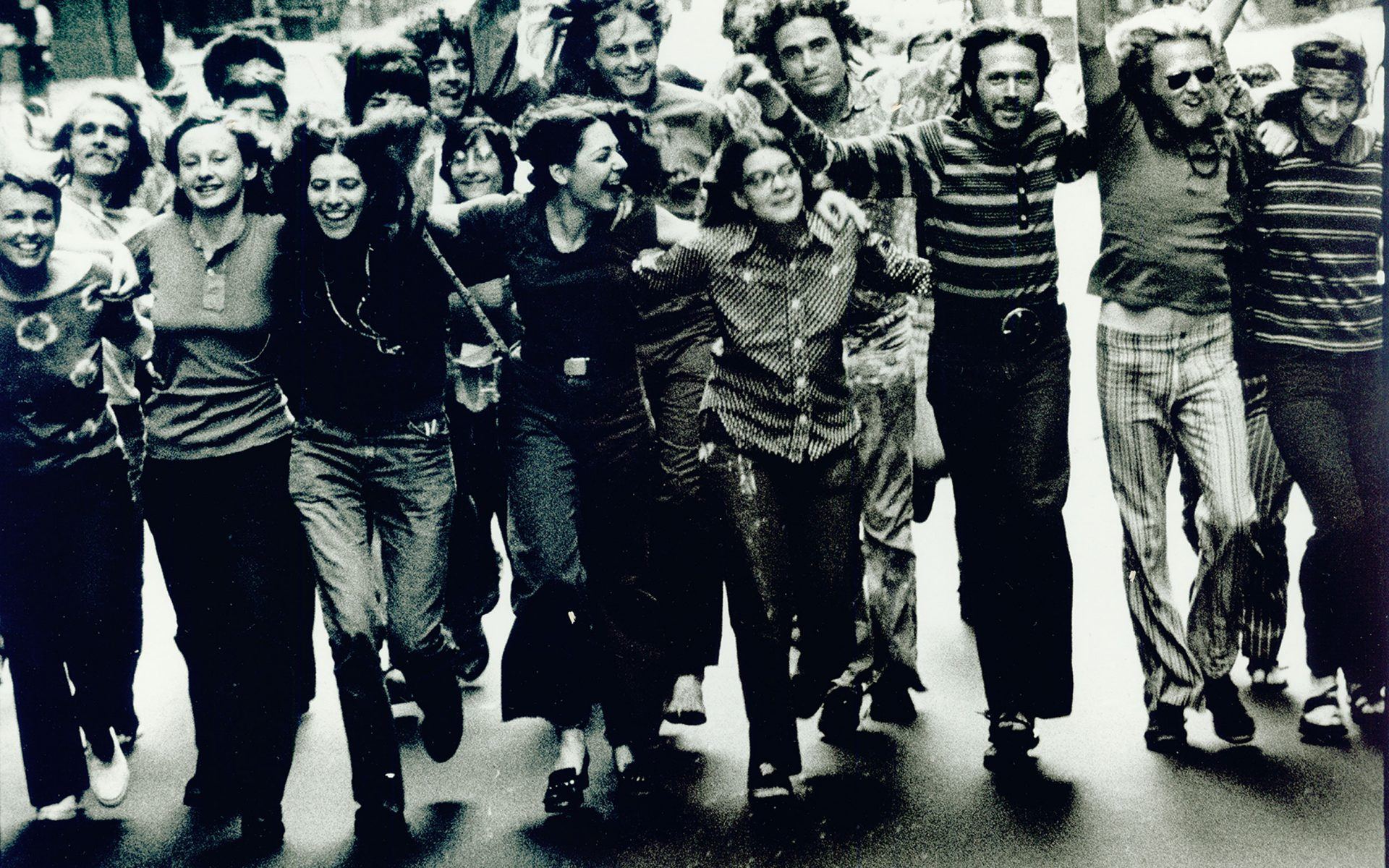 This Long-Overdue Exhibition Marks 50 Years Since the Stonewall Uprising June 28th marks 50 years since the string of violent demonstrations known as the Stonewall uprising birthed the modern gay-rights movement. But despite the mainstreaming of LGBTQ artists in the ensuing decades, there have been surprisingly few in-depth examinations of their work as a collective whole, particularly from the years immediately following the riots. An ambitious show split across two venues—the Leslie-Lohman Museum and the Grey Art Gallery—aims to correct that.

“When it was the 45th anniversary of Stonewall in 2014, a lot of people were horrified by how little was done,” recalls Jonathan Weinberg, who cocurated the show, “Art After Stonewall, 1969–1989.” That absence, according to Weinberg, was the biggest impetus for the exhibition.

Recommended: 5 European Artists Who Are Taking New York by Storm

Organized by the Columbus Museum of Art in Ohio, the sweeping exhibition provides a remarkable snapshot of the contributions that LGBTQ artists made in the two decades after Stonewall. Weinberg worked with Tyler Cann, Columbus’s associate curator of contemporary art, and Drew Sawyer, the Brooklyn Museum’s photography curator, to curate the exhibition, which opened in April just as the city was readying to host June’s monthlong WorldPride festival. An installation view of “Art After Stonewall, 1969–1989.“ Photo: Courtesy of the Leslie-Lohman Musuem/Kristine Eudey 2019

“It was so important for the show to be on when the 50th anniversary of Stonewall was happening in New York,” says Weinberg, admitting that the exhibition’s unorthodox travel schedule (the show ends in Columbus after a December stop in Miami for Art Basel) was “amazingly complicated“ to coordinate.

Recommended: Here’s Where Art-World Insiders Are Heading This Summer

Also tricky was the task of finding a suitable Manhattan home for the show, which features more than 200 works that range in size from Kate Millett’s Approaching Futility, a dramatic 1976 work comprising a human-scale cage, to a set of diminutive paper dolls by Phranc. Soho’s Leslie-Lohman, the world’s first museum dedicated to promoting the work of LGBTQ artists, recently expanded its footprint by 2,300 square feet. But even its new bigger space wasn’t quite large enough. “That’s when they came up with splitting the show,” says Weinberg, with works from the first decade being showcased at Leslie-Lohman and art from the second at Grey. An installation view of “Art After Stonewall, 1969–1989.“ Photo: Courtesy of the Leslie-Lohman Musuem/Kristine Eudey 2019

At Leslie-Lohman, visitors are greeted by a digitally re-created mural that was initially installed at the Gay Activists Alliance by John Button and Mario Dubsky. (The original was destroyed by fire in 1974.) The black-and-white collage features imagery of the rebellion overlaid with stenciled phrases like “Come Out,” “Gay Power,” and “Remember the Stonewall.”

Among the slew of influential artists with key works in the show are Andy Warhol, Robert Mapplethorpe, Catherine Opie, Barbara Hammer, and Judy Chicago. There are also several captivating portraits, including a penetrating work by Alice Neel featuring artist Kate Millett wearing a loose white button-down against a lush green backdrop, as well as the gorgeously rendered Standing Female Nude on a circular canvas by Marion Pinto. A clear standout is David Hockney’s luminous painting of character actor Glenn Milstead, better known by his drag name, Divine. One of the most significant works hails from the museum’s own collection. “We have the famous Peter Hujar photo that became the ‘coming out’ poster,” says Weinberg, whose book Pier Groups: Art and Sex Along the New York Waterfront was released in May. “It’s all young white, cisgendered people, and you think they’re marching, but the whole photograph was staged. Then it was used as a cover of a gay newspaper and became a poster that everyone had. But that poster was so famous that the originals became extremely rare.”

At the Grey Art Gallery, which is affiliated with New York University, visitors are welcomed into the 1980s and the burgeoning notion of queerness. “The first thing you see is Things Are Queer by Duane Michals,” says Weinberg, referring to the artist’s series of nine black-and-white photographs that together form an Inception-esque narrative. “The word queer begins to be reclaimed in the ’80s as a way of being that wasn’t dependent on who you have sex with,” says Weinberg. “There’s an interesting notion that everything is queer when you begin to think about things.” The sections here focus on art in the East Village, with works by Keith Haring and Carmelita Tropicana, then shift attention to the AIDS epidemic with a look at activism. One of the things that looms large as viewers go through the gallery is the realization of how many of the artists aren’t with us anymore and what kind of legacy they’ve left.

“We worked really hard to make it diverse and relevant to people today,” says Weinberg. “I hope the show gives people a sense of community.”

“Art After Stonewall: 1969–1989” is on view through July 21 at the Leslie-Lohman Museum and Grey Art Gallery at NYU. It will open at the Frost Museum of Art in Miami on September 14 and at the Columbus Museum of Art in Ohio on March 6, 2020.