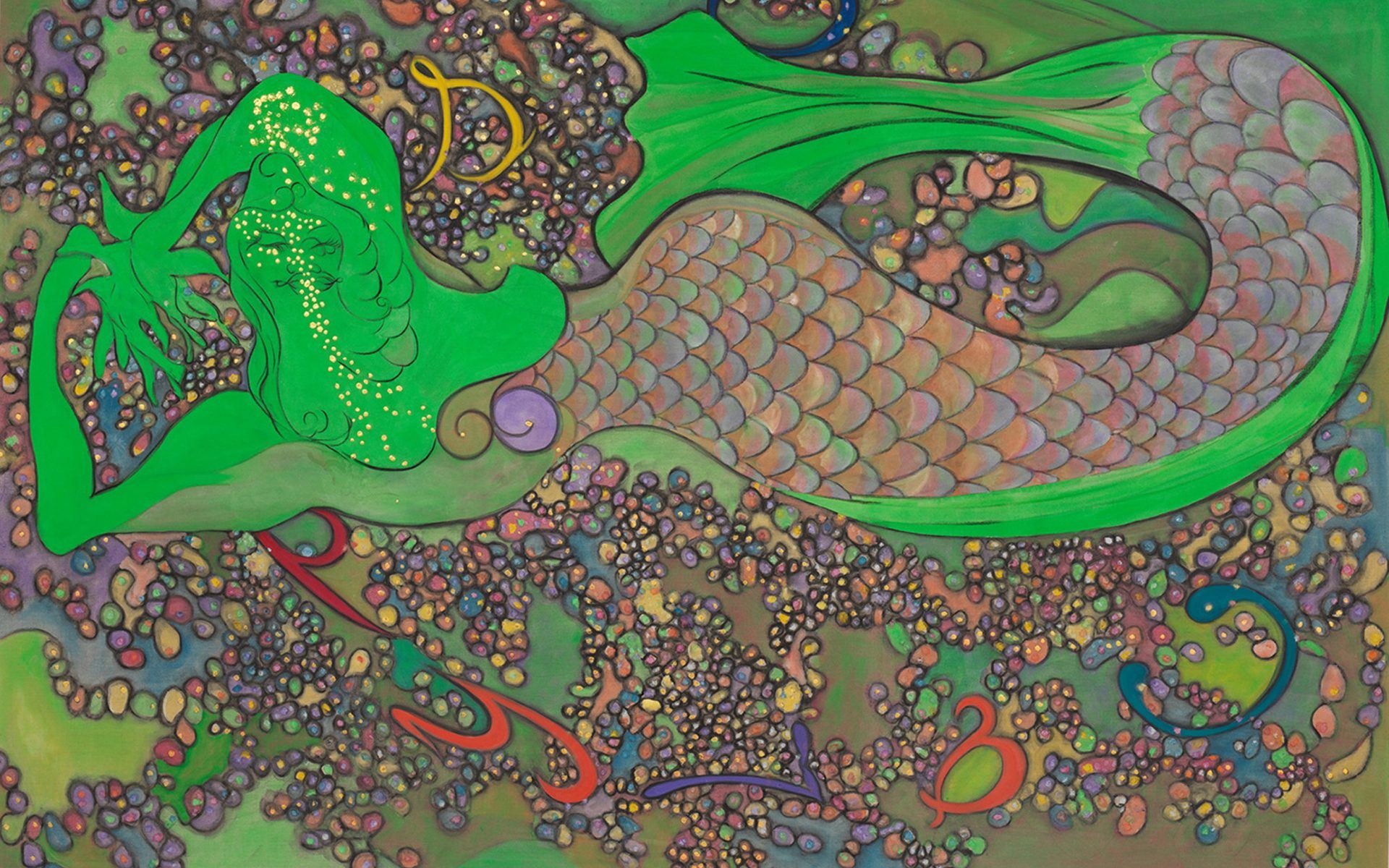 5 European Artists Who Are Taking New York by Storm

These gallery shows of out-of-town artists, including Neo Rauch and Irma Blank, are surprisingly good

The galleries of New York welcome artists, both emergent and established, from around the world. But the city has an indisputable longstanding relationship with modern and contemporary artists from Europe. Turning a twist on Neil Simon’s 1970 American comedy, The Out-of-Towners, a film about an Ohio couple struggling to find their way in the Big Apple, we’ve rounded up a group of notable shows by contemporary European artists—with work ranging from the surreal and expressionistic to the minimalist and conceptual—who have found their way and are currently taking the city by storm. A survey of the celebrated German artist’s drawings, which range from stream-of-consciousness doodles to magnificent paintings on paper, this comprehensive exhibition highlights the origin and development of Rauch’s dreamlike paintings. Spanning three decades of work, it features 175 character sketches, scenarios, and finished drawings, which are smartly displayed across the center’s ground-floor galleries. Amusingly titled “Aus dem Boden/From the Floor,” the fascinating show shines a spotlight on many of the images Rauch quickly sketched, cast to the studio floor, and then later put back into the mind’s blender for further use.

The earliest drawings in the exhibition reveal the artist’s interest in graphic novels, but rather than offering a continuous story line Rauch’s illustrations juxtapose disparate objects and scenes to simulate dreams. As his enigmatic narratives became more complex, the drawings show Rauch mixing historical periods and places that draw upon his German heritage and local surroundings to construct theatrically surreal compositions. While many of the doodles intriguingly illustrate visions fresh from the artist’s mind, the show’s seven formal paintings on paper, including Der Stammbaum (The Family Tree), offer new levels of correspondence between the elements that are both uncanny and timeless. A Milan-based, German conceptual artist, Irma Blank makes meditative paintings and drawings that imaginatively turn language and the durations of breaths into sublime abstractions. Presenting works produced between 1970 and 2018 from five different series on three floors of the gallery’s narrow townhouse, this enchanting exhibition offers the first overview of Blank’s ritualistic practice in the United States.

Her early “Eigenschriften” series, which translates to autographs or self-writings, presents pink-and-blue pastels of scriptural signs that almost look like words, while works from her “Trascrizioni” series replicate pages from newspapers and books with indecipherable texts intricately drawn in black ink. Bringing her body into the formula, Blank’s “Radical Writings” works amass the lengths of singular breaths as painted strokes of watercolor. In her most recent “Global Writings” and “Gehen” series, the artist employs blue ballpoint pens to create hairlike scribbles that completely cover the canvases and black markers to draw horizontal lines that resemble text on a two-page spread of a book. In a dynamic installation that is tailored to the gallery’s elegant uptown space, Chris Ofili presents a new group of paintings, drawings, and prints that mix references to Homer’s poem The Odyssey, Shakespeare’s play Othello, and René Magritte’s surrealist painting Dangerous Liaisons, but not in equal parts.

Reimagining the nymph Calypso as a mermaid and Odysseus as her dark-skinned lover in a seductive series of works on paper that wondrously combine watercolor, oil pastel, gold leaf, and charcoal on paper, the Turner Prize–winning British artist endearingly adds a touch of the Caribbean island of Trinidad, where he has lived and worked since 2005, to the colorful mix.

Lively large-scale paintings of the couple capture them separately reclining, with his nude physique lounging in a tropical forest and her scaly figure resting underwater, and together in an embrace. Magritte’s portrayal of a female nude holding a mirror that impossibly reflects the model’s backside is studied in a series of eight compelling works on paper, while Othello becomes the subject of a series of ten etchings, where scenes from the tragedy are astonishingly illustrated on the general’s forehead. Fresh off a mesmerizing exhibition at the Musée Picasso in Paris that paired his minimalist canvases with pieces by Pablo Picasso from the museum’s collection, Claude Rutault has five historical works on view in this sublime show. But if you don’t look closely you may miss most of them. The French conceptualist’s installation of monochromatic blue canvases—shaped as squares, rectangles, circles, and ovals—on similarly colored blue walls is the easiest to spot and the most exciting to be surrounded by, while a white canvas that stretches from floor to ceiling and divides a matching white wall is the most undetectable.

A pair of small identical white canvases, which were first exhibited in New York in 1979, when Rutault was an artist in residence at P.S. 1 Contemporary Art Center (now MoMA PS1), wrap around the corner of adjoining white walls and also provoke an aha moment when spotted. Meanwhile, two different canvases on a yellow wall seem related because of their similar sizes and shapes, but one is a painting that’s been repainted to match whatever color wall it is on and the other is a painting from the same period that has been unpainted, which ironically returns it to its purest state—even though it shows signs of having been touched.

The 2018 winner of the Oskar Kokoschka Prize, the highest distinction for an Austrian artist, Martha Jungwirth makes her American debut with this exquisite exhibition of large-scale gestural abstractions, which take over both floors of Fergus McCaffrey’s vast Chelsea gallery. Featuring watercolors on paper from the 1980s and 2000s and recent oil paintings on paper that have been mounted on canvas, the show is a great introduction to a single-minded Viennese artist who boldly makes her process of painting completely visible.

The panoramic works from her “Die Windsbraut (Bride of the Wind)” series present layered splotches, strokes, and swipes of watercolors to create a sense of movement across the expansive surfaces of her paper grounds, while violet, orange, and fuchsia watercolors rain down on, form puddles on, and get smeared into the vertical sheets of paper in her expressive “Kambodscha (Cambodia)” works. But the scruffiest paintings on view are the ones that start with soiled torn-up sections of heavy brown paper from her studio floor. Swiftly making marks on the fields of ground-in paint and grime, the 79-year-old artist builds up streaks and splotches of color in tangled relations that are spontaneously and smartly realized.