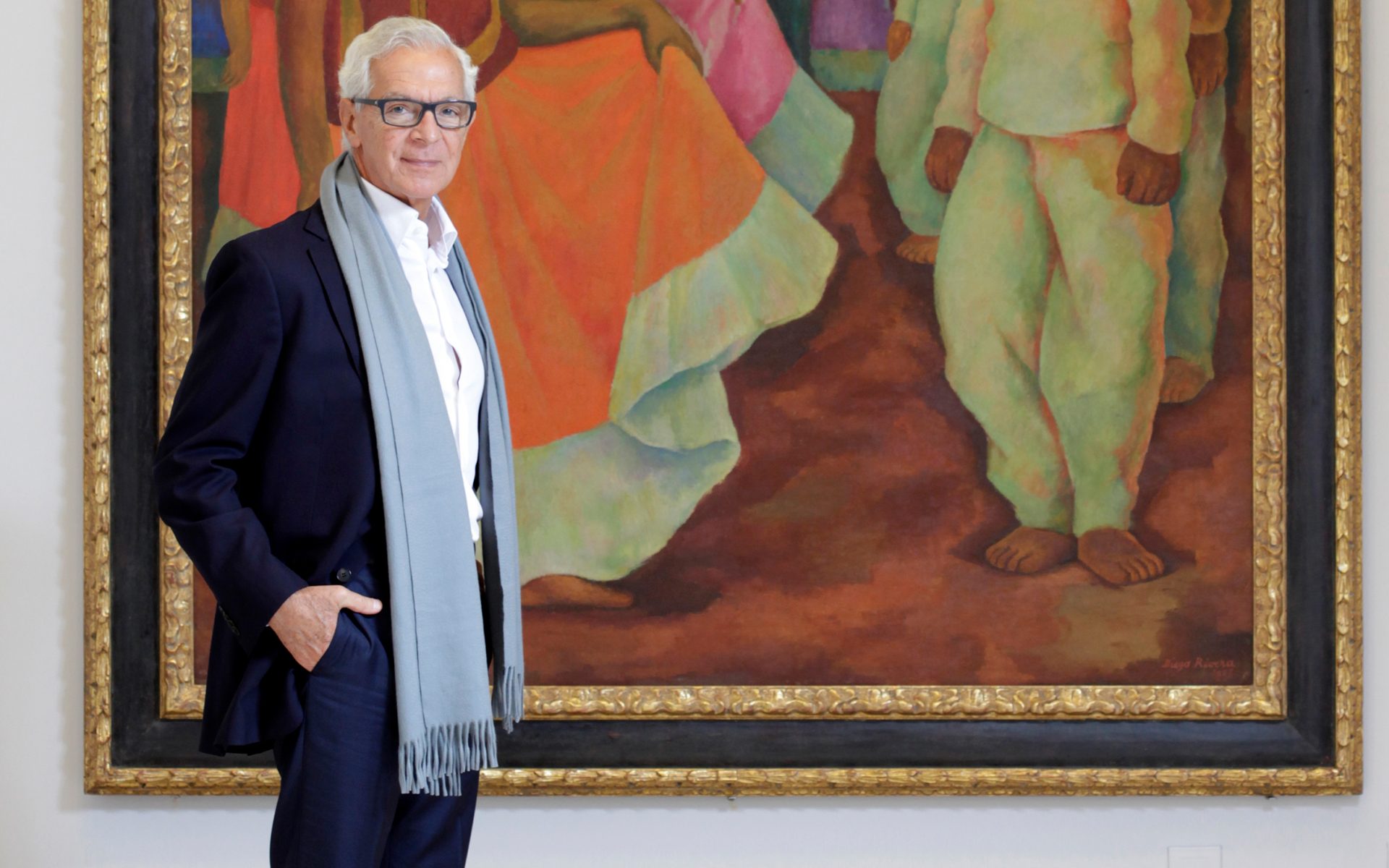 “I started collecting more than 40 years ago. It was by accident,” says Eduardo Costantini, the 71-year-old billionaire Argentine real estate mogul and passionate art collector.

“I was in my 20s, and as I went into an ice-cream shop next to an art gallery a painting in the window caught my eye. That led me inside, and I ended up purchasing two pieces from the gallery, but not the one I loved in the window because I couldn’t afford it! I paid off the pieces in installments.”

An inauspicious beginning, perhaps, but one that led to the creation of what is arguably one of the most important museums of Latin American art in the world: MALBA (Museo de Arte Latinoamericano de Buenos Aires). Costantini used his own collection to open the museum in 2001, and he is still buying art, though today the venues have changed. “I attend many art fairs, including Art Basel, Documenta, and Art Contemporary in Spain in ARCOmadrid, and also indulge in Temple exhibitions in Europe and in the United States. I enjoy the integration of the art history and modernism. I’m also big on supporting young emerging artists. I’m dedicated to Latin American art,” he says. The Oceana Bal Harbour in Florida.

In the U.S., Costantini is best-known for the Oceana Bal Harbour, Florida, a LEED–certified development with architecture by Bernardo Fort Brescia of Arquitectonica, landscaping by Enzo Enea, and interiors by Pierro Lissoni. Completed in late 2016, the 260-unit building also incorporates two outdoor sculptures by artist Jeff Koons. The Artefacto Unit in the Oceana Bal Harbour.

“When I saw the site, I thought, wow!,” Costantini remembers. “Oceana Bal Harbour is the only residential building where you can see the ocean and one of Jeff Koons’s larger-than-life sculptures, Pluto and Proserpina, from the street.” Another Koons sculpture, Seated Ballerina, has pride of place in Oceana’s garden side. The two lobbies also boast several other museum-worthy pieces by artists such as Callum Innes, An Te Liu, Jorge Mendez Blake, Taryn Simon, Juan Usle, and Garth Weiser. Residents can even purchase a stake in these works of art—the luxury-sector nod to today’s sharing economy. Creating MALBA, meanwhile, involved shifting Costantini’s private collection to a more accessible platform. “I had always thought about the public dimension of my art collection and planned on donating it to a public entity when I passed, but then I found a piece of land available for development and I started seriously contemplating the development of a museum’” he says. “I’m very happy and proud of the cultural impact and value it added to the city. Art transforms, surrounds and educates a community. I have a social responsibility as the founder of MALBA.” The lobby of the Oceana Bal Harbour. Photo: Barry Grossman Expansion plans for MALBA include a $15-million wing next to the existing museum, and even a new outpost in the Villa 31 section of Buenos Aires, with support from the Argentine government. This is one of a handful of new sites Costantini is currently developing in his home country. At a time of life when most people are looking forward to retirement, the billionaire is still busy. Eduardo Costantini in a gallery of the MALBA. Photo: Courtesy of MALBA

“I have more projects today than I did five years ago,” he says. “So much is evolving in the industry and there’s so much more to come that it gives me more life and energy.”