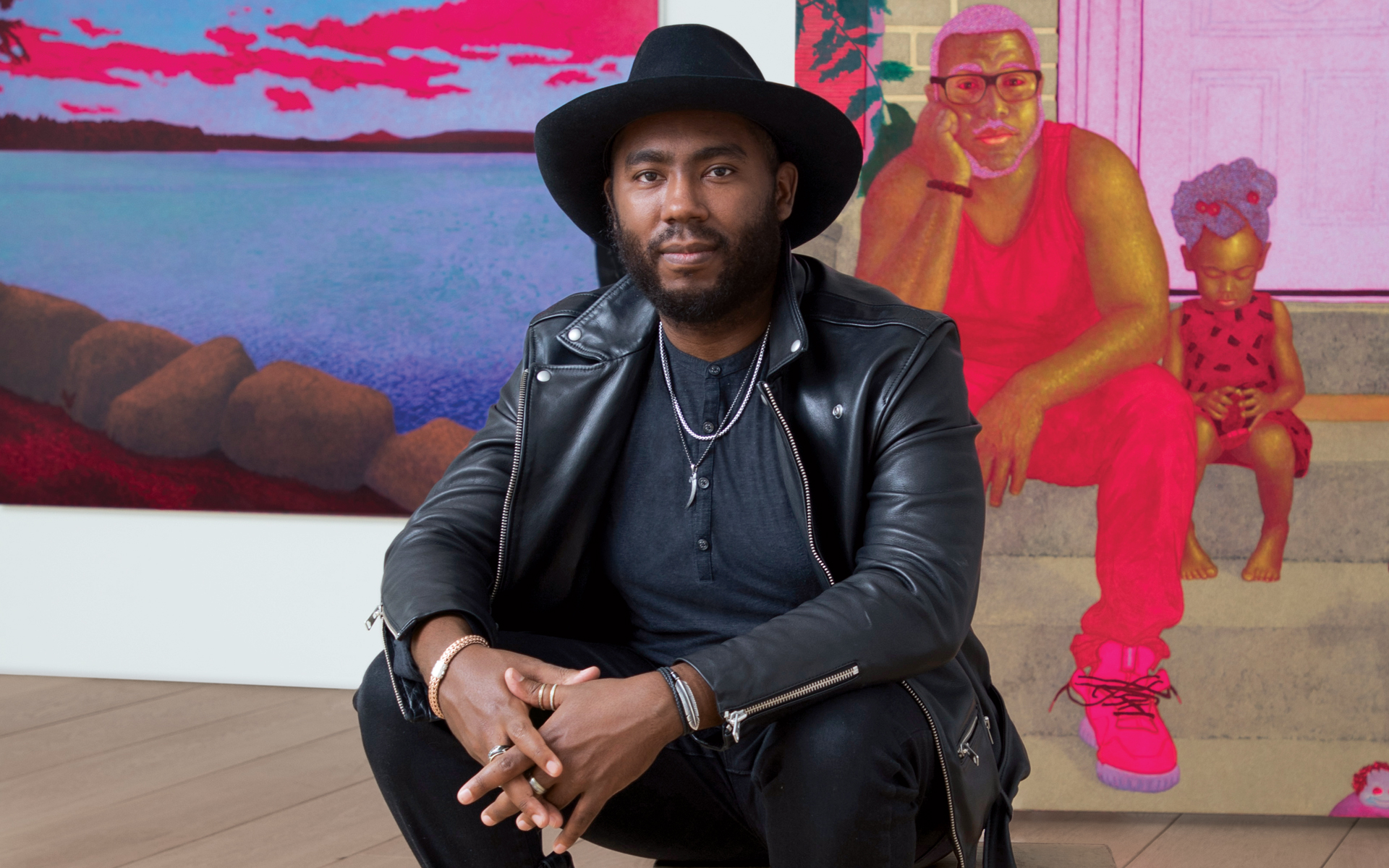 The Brooklyn-based artist’s dazzling, effervescent portraits are on view at the New York gallery through August 28 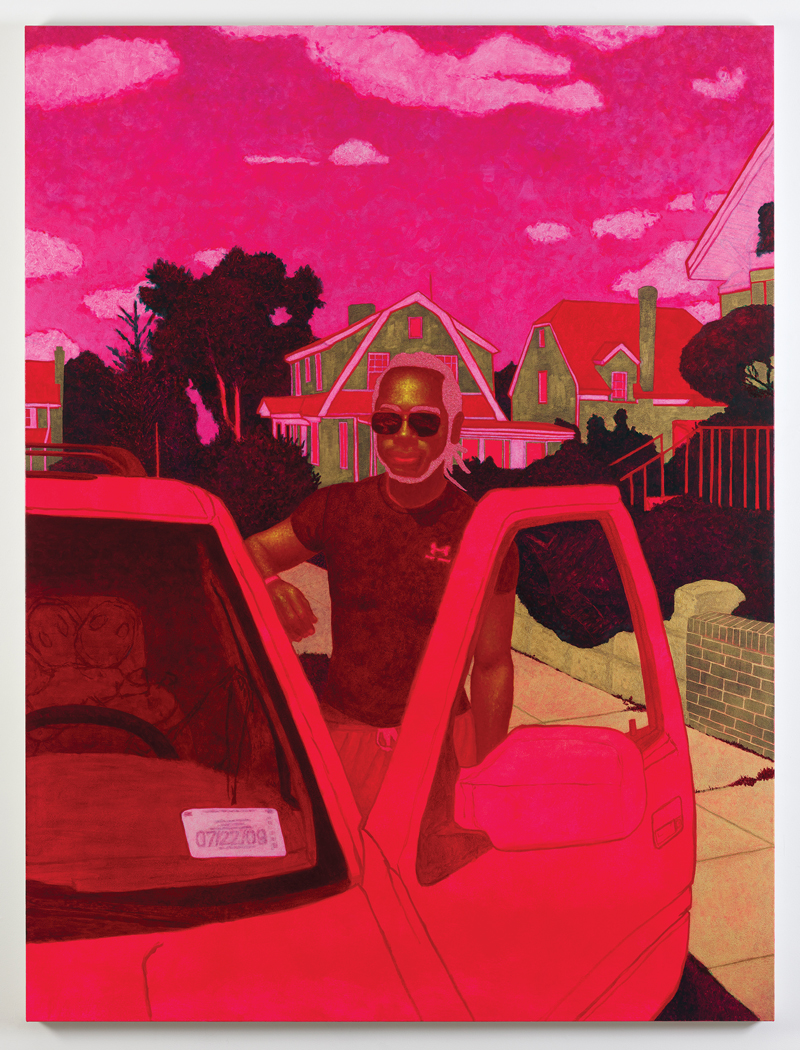 Kicked Out the House for Living Fast (I Never Held Love in My Gaze so I Searched for It Every Couple of Days) (2021) by Arcmanoro Niles. Photo: Courtesy of the artist and Lehmann Maupin, New York, Hong Kong, Seoul, and London

In Arcmanoro Niles’s radioactive, large-scale works, viewers find communion, contemplation, and humor. They’re straightforward tales, simply rendered, whose complexity lies in the viewers’ projections. One might think the man behind such effervescent paintings, filled with mischievous creatures he calls “seekers” or figures highlighted with glitter and gold, would be bombastic or at the very least flamboyant. Niles is anything but. Calm, humble, and sparing with his words, he creates commanding images that capture and communicate what language cannot. “I’ve been painting myself since high school, so it’s interesting to have this record to track how I’ve changed and how my practice has changed over time.”

Growing up in Washington, D.C., he learned the fundamentals of portraiture and was first drawn to the work of Caravaggio. “His paintings were based on mythical or biblical stories, but they were also about his life in Rome.” Expanding his skills at Montgomery College, Pennsylvania Academy of the Fine Arts, and the New York Academy of Art, Niles has steadily progressed: a brief stint working for Jeff Koons (“That didn’t really work out,” he says with a chuckle), time at the Guild Hall artist residency in East Hampton, a spot in the prestigious Skowhegan program in Maine. 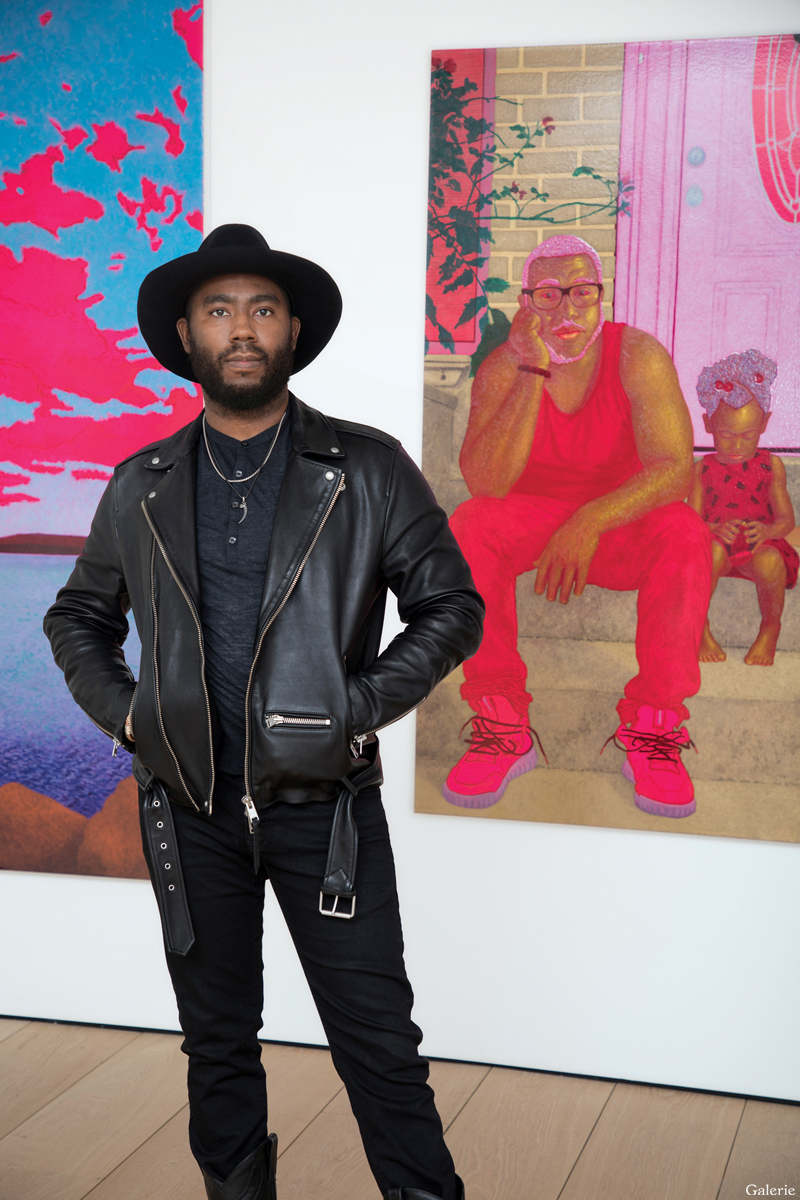 At his first solo show with Lehmann Maupin in New York, open through August 28, Niles is showcasing a series of portraits in his recognizable style, along with the first landscape of his professional career, all presented under the title “Hey Tomorrow, Do You Have Some Room for Me: Failure Is a Part of Being Alive.” The new body of work explores the moments, experiences, and disappointments whose value is only visible in retrospect. “I’ve been thinking about the things I didn’t get or thought were indications of failure that actually turned out to be good for me in the long run,” he says. “In many instances, if I had gotten what I wanted at that time, other great things would not have happened.” Through his forthright and approachable practice, Niles has turned his perceived shortcomings into a staggeringly bright future. 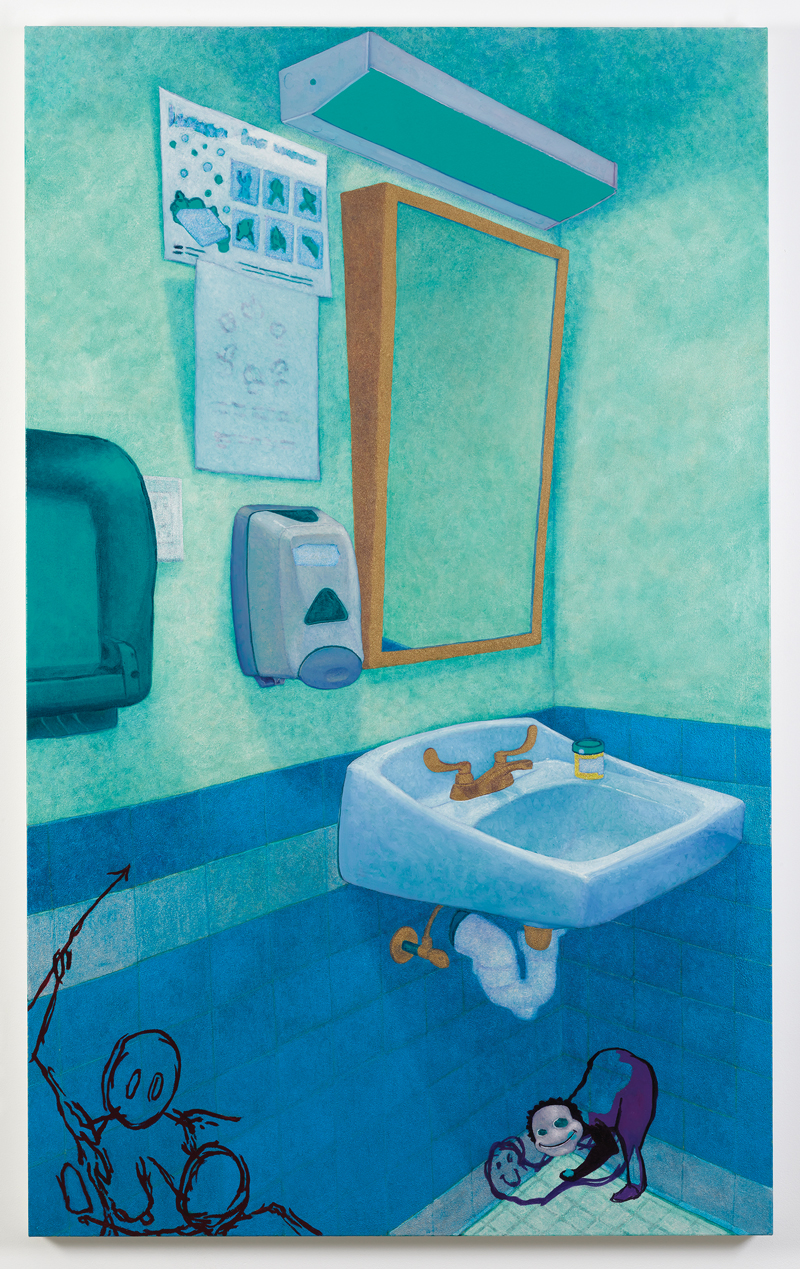 A Bad Attempt at Feeling Good (If You Ask Me How I’m Doing I’ll Just Lie) (2020) by Arcmanoro Niles. Photo: Courtesy of the artist and Lehmann Maupin, New York, Hong Kong, Seoul, and London