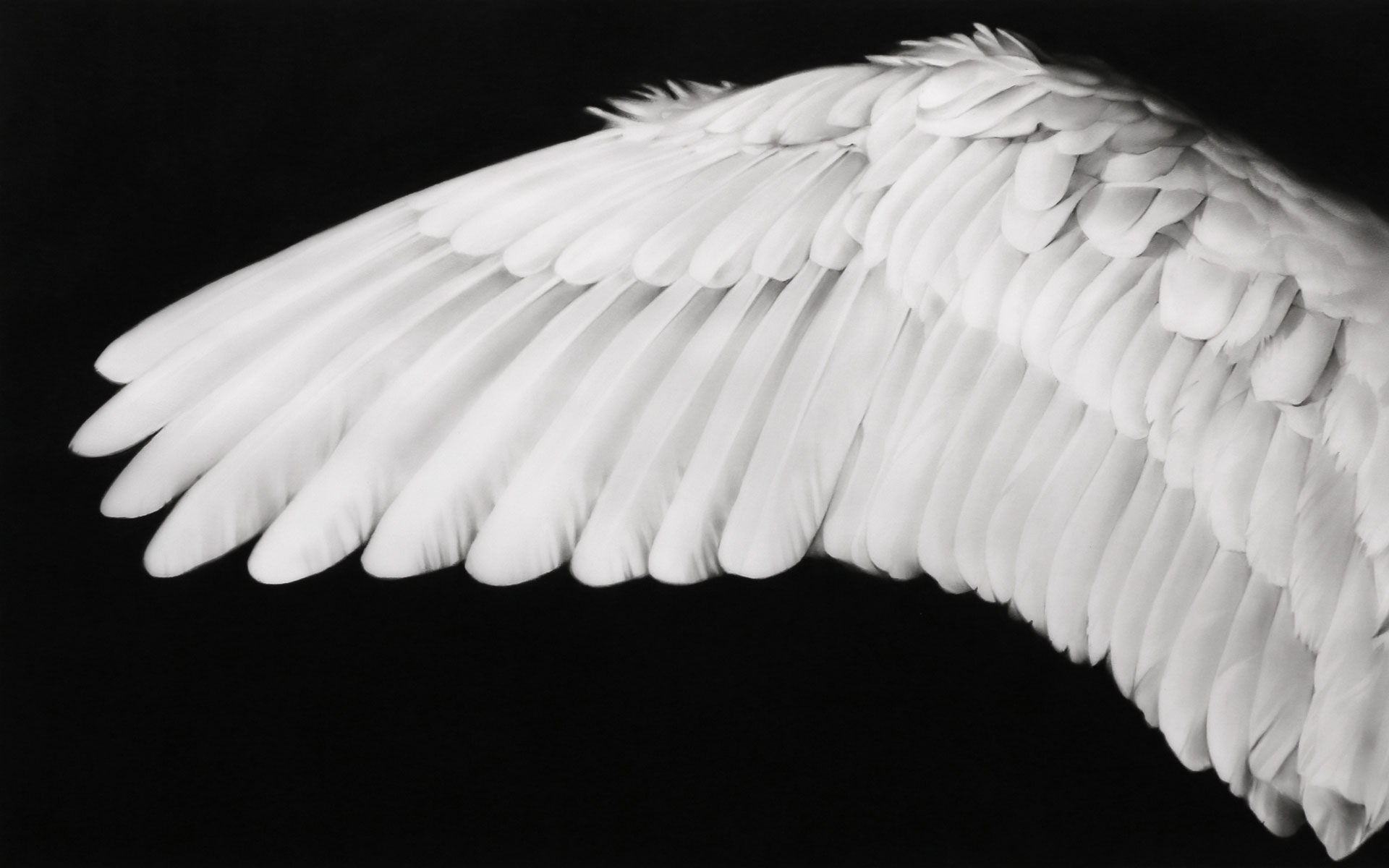 Works by Longo, Ugo Rondinone, Cindy Sherman, and more will be sold to benefit the storied East End institution this summer 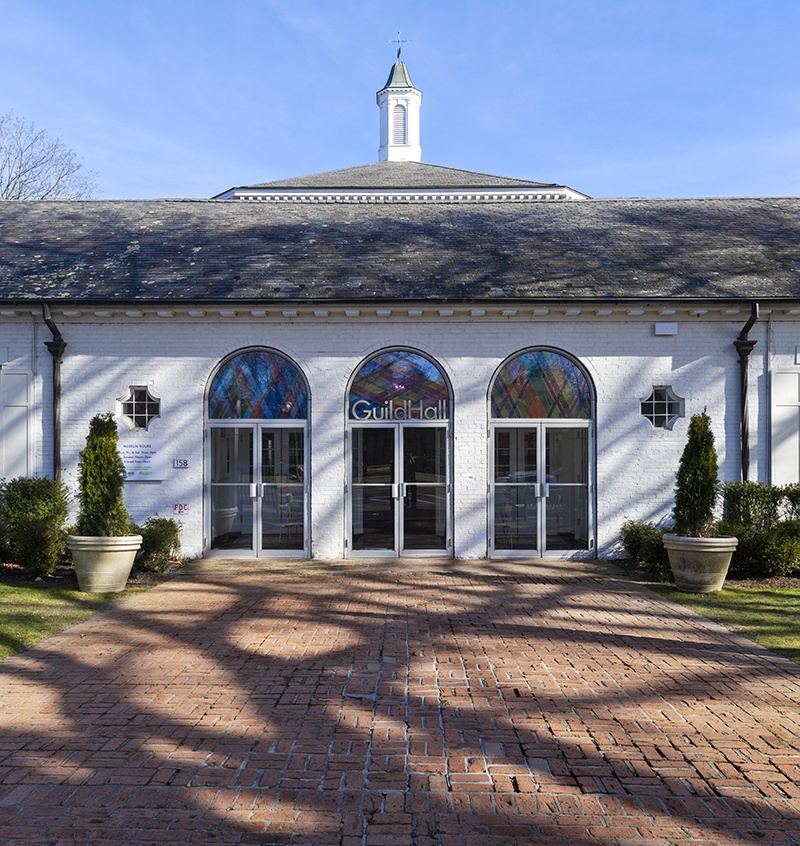 Earlier this year, before the COVID-19 pandemic hit, the celebrated artist Robert Longo was preparing for a major retrospective at Guild Hall, the storied arts institution in East Hampton. But when it became apparent that the museum’s annual summer gala (its most significant fundraising event of the year) would need to be canceled due to the developing health crisis, Longo quickly stepped in with a plan of his own.

Generously volunteering to postpone his show and spearhead a benefit exhibition in its place, he first reached out to a few friends—including famed photographer and longtime Hamptons resident Cindy Sherman—to see if they may be interested in donating pieces. He has since rallied together 60 artists to donate artworks, which opens to the public on August 8 (with a VIP viewing on August 7) and remains on display at the museum through December. 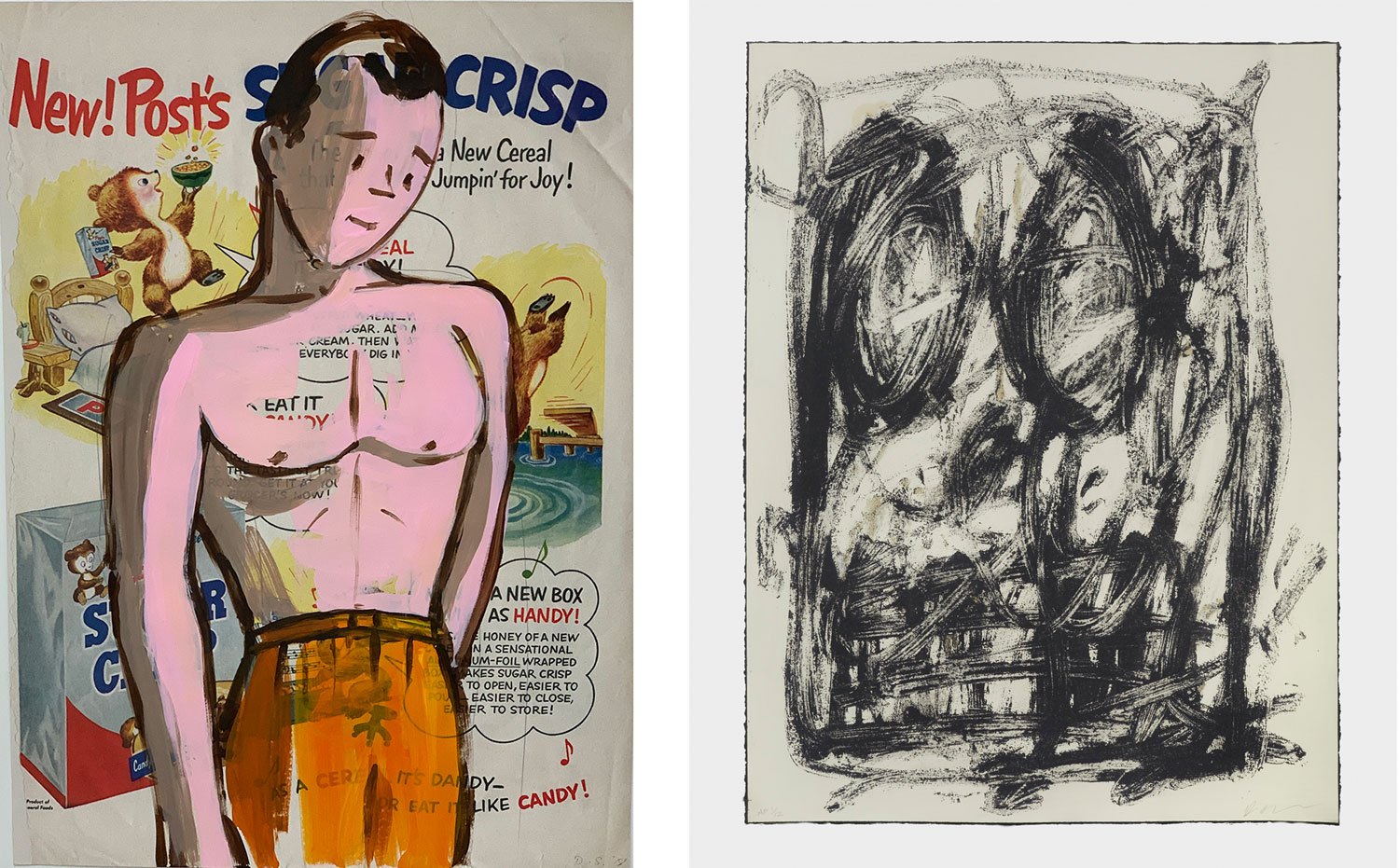 While the exhibition, titled “All for the Hall,” is available to be viewed in person by appointment, the works are for sale exclusively through the website. Visitors can expect to find below-market prices, starting at just $500. Longo himself has donated a work: a striking black-and-white ink and charcoal work titled Study of Angel Wing (2020), which is the only piece being sold through an auction. Its starting bid is $90,000. Highlight pieces in the exhibition include works by such major names as Shirin Neshat, David Salle, Ross Bleckner, Chuck Close, Cindy Sherman, Clifford Ross, Rashid Johnson, Ugo Rondinone, Eric Fischl, and Robert Wilson, all of whom have a longstanding relationship with the museum and the Hamptons.

Shirin Neshat’s Untitled (2016) from her "Roja" series. Photo: Courtesy of the artist

Guild Hall, which was established in 1931, has long served the artistic community of the East End, and this generous outpouring comes as no surprise to those who know it well. “We were founded during the Great Depression as an antidote to that time in history,” the institution’s executive director, Andrea Grover, tells Galerie. “The founder wanted to create a garret to the community and had a civic-minded mission to use the art to encourage engagement. From the very beginning, artists and performers almost ran Guild Hall. The creative community has always flocked here, and this amazing exhibition continues in that tradition.” 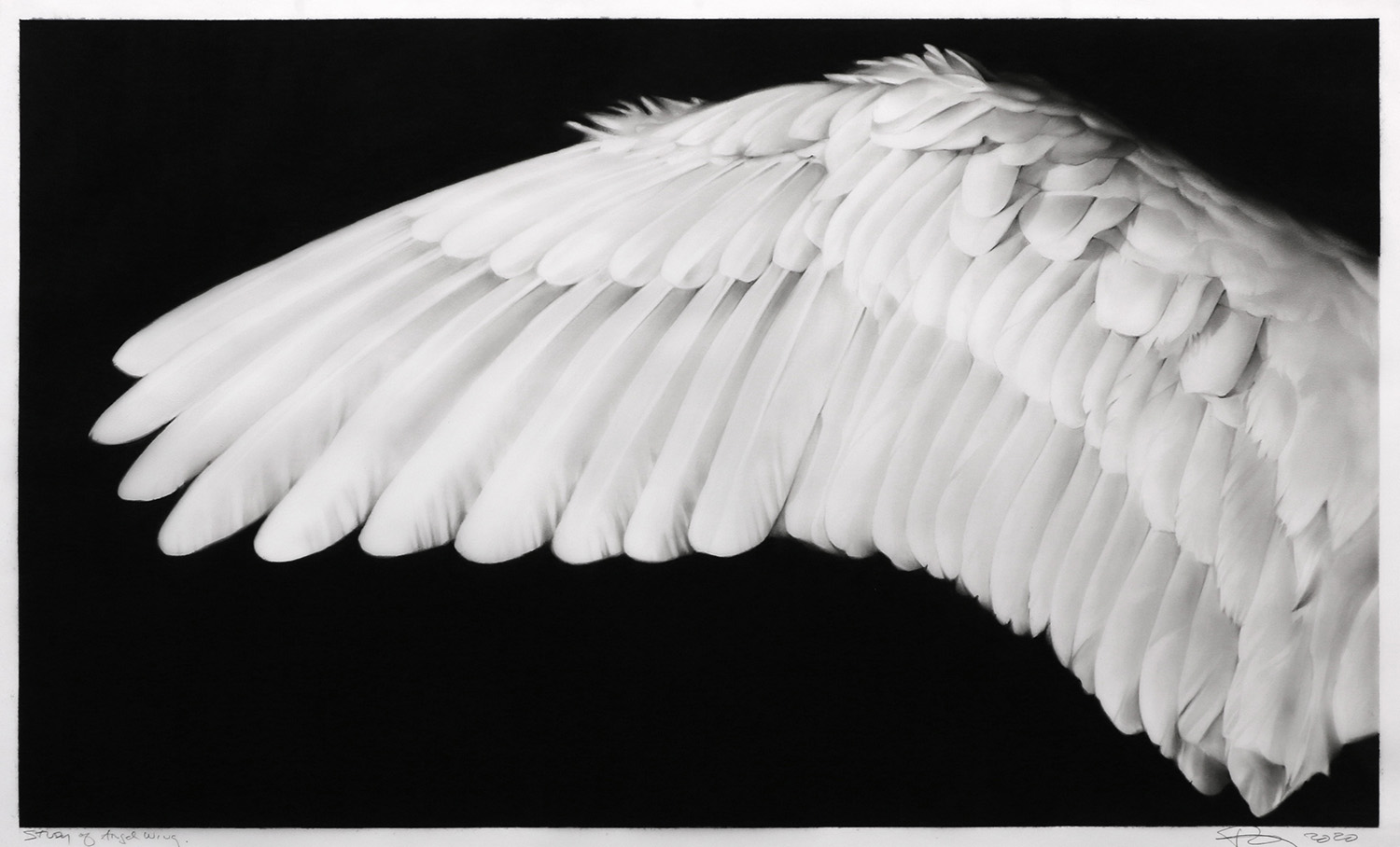 “The creative community has always flocked here, and this amazing exhibition continues in that tradition”

Director of the museum and chief curator Christina Mossaides Strassfield, who has been working with Longo on curating the exhibition, adds, “Artists have been coming out here since the 19th century—since the invention of the railroad—and creatives would come on sketching trips. From that point on, there were the expats, the Surrealists, the Abstract Expressionists, the Minimalists, the Realists—people in search of the light or the cheap living. Every group since then has made the East End their home. This exhibition really shows that the community supports us and wants it to go on for another 90 years.” 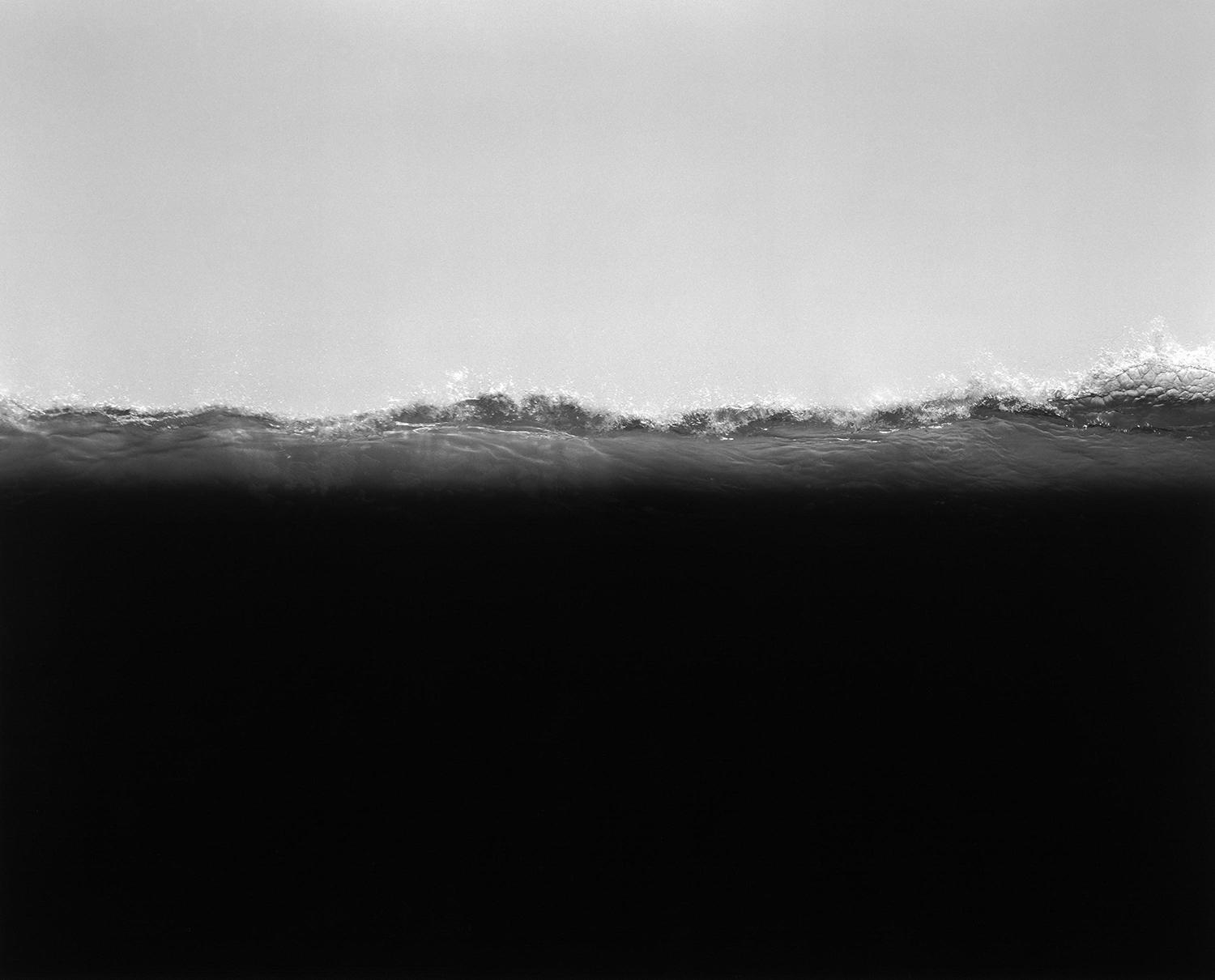 It isn’t the institution’s first charity initiative to take place this year either.  A few months back, actors Alec Baldwin and Julianne Moore put on a production to benefit the Guild Hall theater. “We are absolutely moved by the level of contribution,” says Grover. “We are an intimate museum, and you can feel the history of all the artists who have exhibited and performed there. It’s a continuum.” 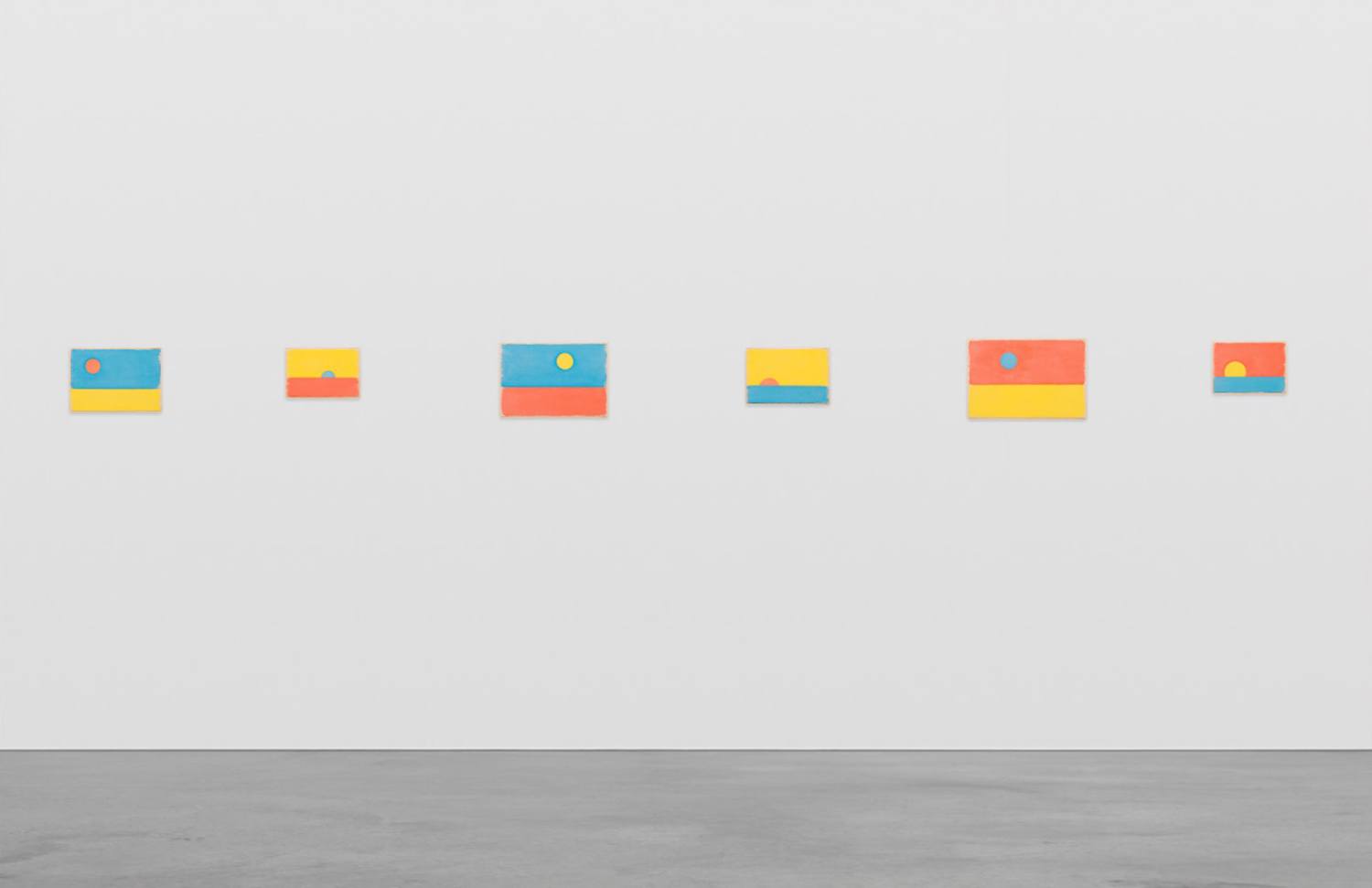 Ugo Rondinone, Mattituck in January, 2020. Photo: Courtesy of the artist

The famed Swiss artist Ugo Rondinone, who had an exhibition at Guild Hall last fall and has donated a series of six charming watercolor works, told Mossaides Strassfield that he was participating because the museum was like family to him. And if the chief curator could take one piece home? “It would be Rondinone’s work,” she says. “It is a small and intimate series, and you can’t help but smile when you look at it. And after months of this pandemic, that is what is so needed right now.”

“All for the Hall” will be on view at Guild Hall from August 8 through December 31.