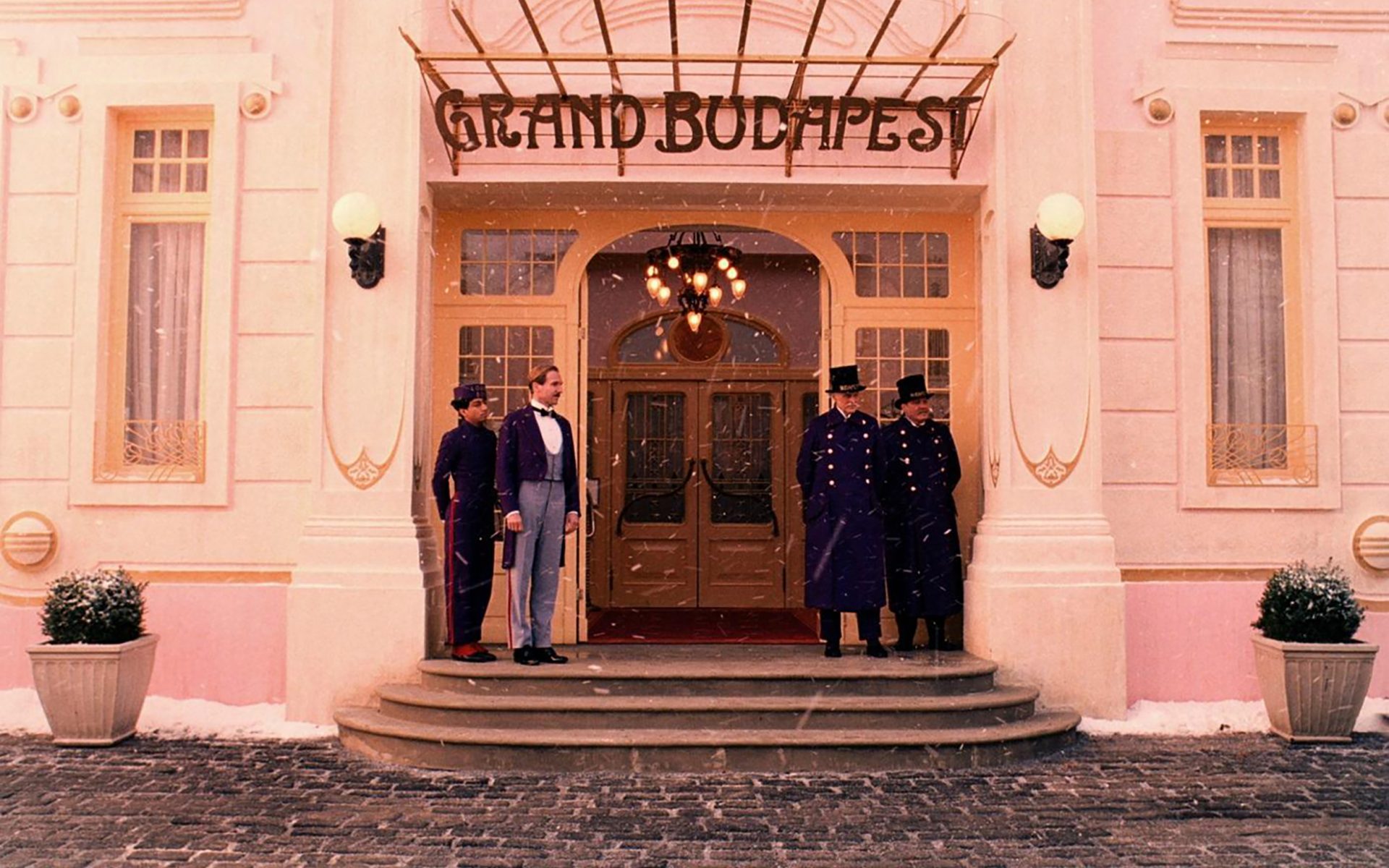 The 7 Most Beautiful Sets from Wes Anderson Movies

There’s so much to love about the films of Wes Anderson, from the whimsical stories and quirky characters to the sumptuous cinematography, but the real trademark of the beloved director is his saturated, marvelously detailed sets. Whether it’s the confectionary colors that permeate The Grand Budapest Hotel or the autumnal palette of his stop-motion comedy, Fantastic Mr. Fox, Anderson’s films offer views of some of the most memorable interiors in modern cinema—they’ve even spawned a popular parody Instagram account.

With his tenth feature, The French Dispatch, currently in production in France, Galerie took a look back at Anderson’s most beautiful sets. A scene from The Grand Budapest Hotel. Photo: Fox Searchlight

The candy-colored palette of Anderson’s The Grand Budapest Hotel made for one of the filmmaker’s most memorable sets and even won an Academy Award for Best Production Design.  A 20th-century department store in Germany, the Art Nouveau establishment that stood in for the hotel enchanted audiences with its powder-pink façade and red-lacquered interiors that shined like a candy apple. The same space was later reimagined to create the minimalist hotel seen in the film’s prologue.

The tale of the dysfunctional Tennenbaum clan got Anderson his first Oscar nomination, but it was also when the filmmaker’s bold aesthetic really took shape. Set in a sprawling New York townhouse, the interiors of the Tennenbaums’ home featured an eclectic mix of elegant antiques, African artifacts, and a vibrant ’70s-inspired color palette. And who could forget Margot Tennebaum’s ballet studio, lined with cherry-red Scalamandre wallpaper featuring leaping zebras? Anderson’s stop-motion adaptation of Roald Dahl’s 1970 children’s novel was the director’s first foray into animation, but the production design was as vivacious and detailed as that of any of his live-action pictures. Every shot in this whimsical comedy is filled with rich autumnal colors, including a stunning array of oranges and yellows that are woven together to create the fantastical world of Mr. Fox and his friends.

A scene from The Life Aquatic with Steve Zissou. Photo: Buena Vista Pictures

4. The Life Aquatic with Steve Zissou

Set almost entirely on a ship called the Belafonte, the story of oceanographer Steve Zissou presents an interesting contrast to Anderson’s other dollhouse-like locations. The often industrial-looking interiors still bear touches of the director’s playful sense of style, with nods to the ’70s (think wood paneling and red carpets) featured throughout the research vessel. This 13-minute short film acts as a prologue to Anderson’s feature The Darjeeling Limited. A range of acid-yellow hues gives the Parisian hotel room where the short takes place a jewel-box effect. The resulting oversaturated locations make the interiors of Hotel Chevalier just as memorable as the spaces within the director’s feature-length efforts. Set on an island off the coast of New England, Anderson’s story of childhood sweethearts has a sepia-toned haze over dreamy yet vibrant locations. While much of the film takes place outdoors, the Bishop family home is peak Anderson, like a seaside dollhouse complete with mismatched furniture, nautical decor, and a stack of board games piled in the corner. A Wes Anderson film set in India was bound to have an incredible, vibrant backdrop. The movie’s production designer borrowed an actual train from Indian Railways and adorned the interior with vivid prints in bright, spice-colored shades and portraits of Indian icons. Anderson’s only movie set in the Far East, it often reads like a love letter to the region.