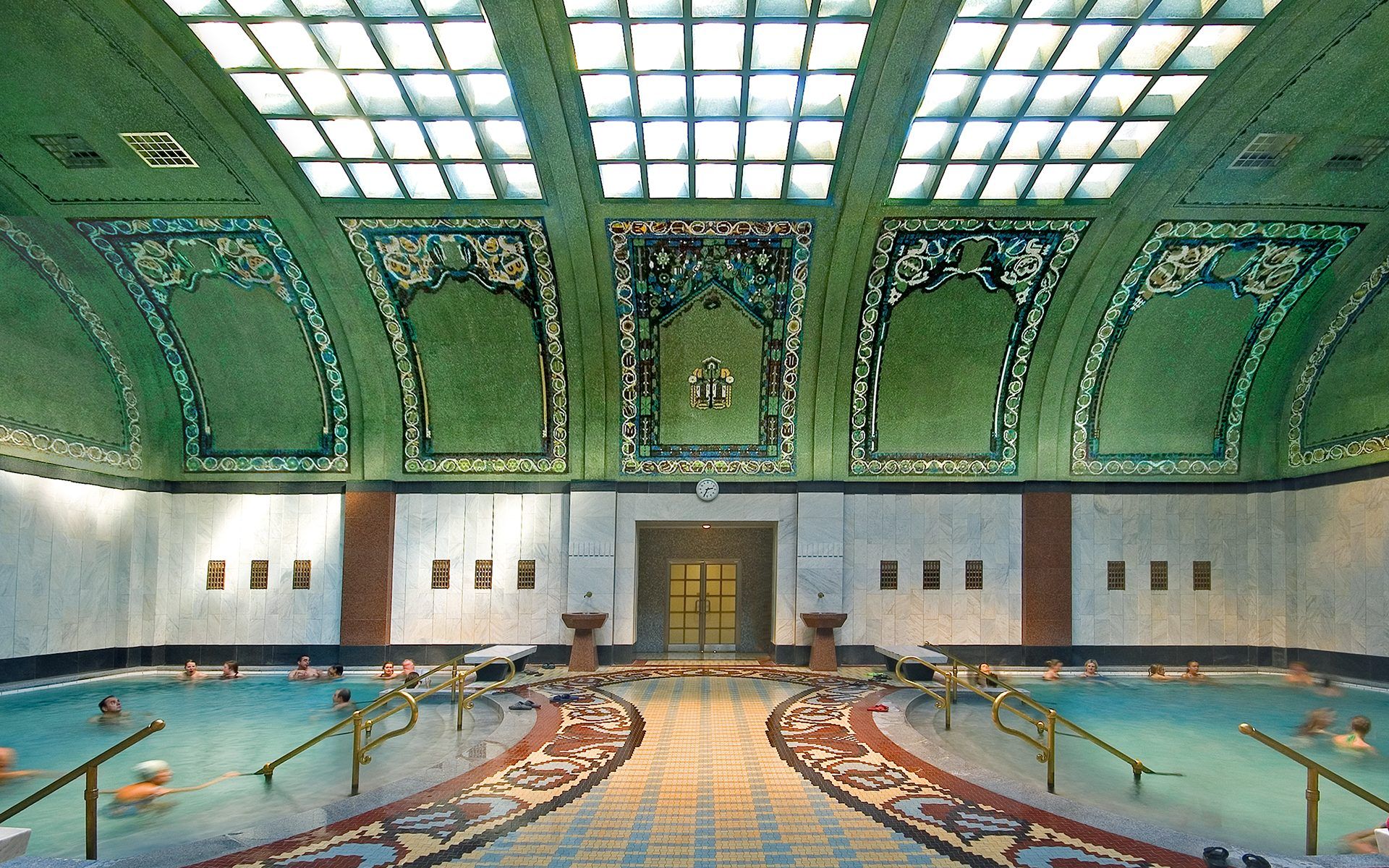 From Budapest to Japan, These Spas Celebrate the Ancient Art of Self-Care 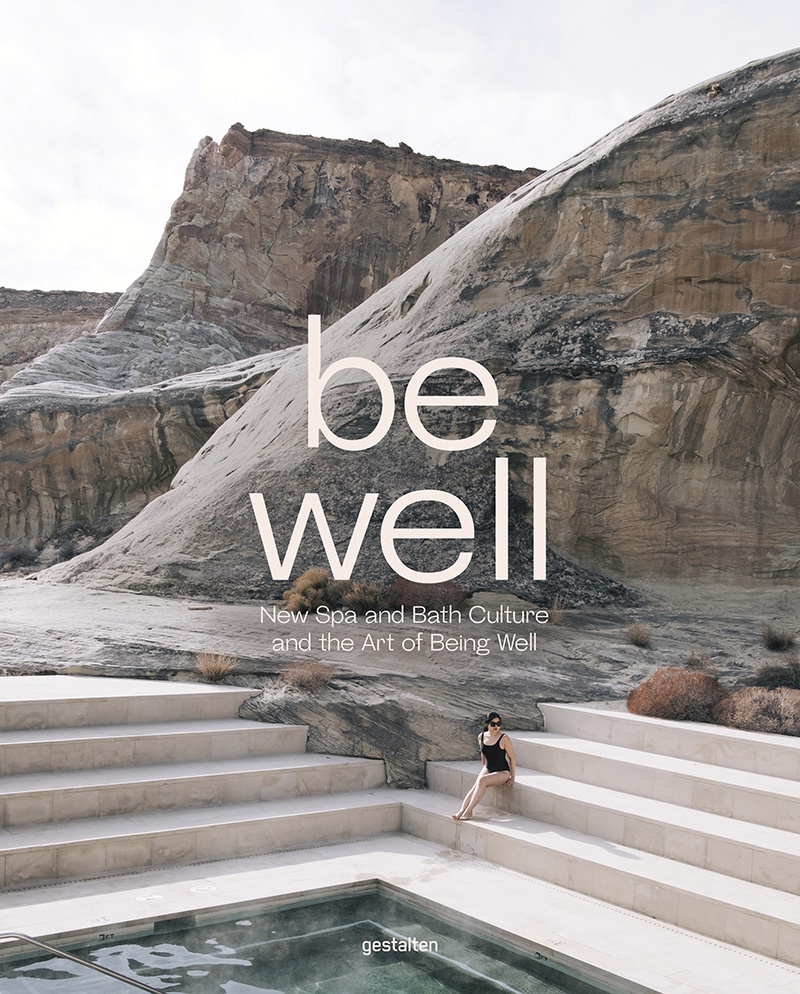 People have been visiting spas for centuries, but over time the reasons why have evolved. In its earliest incarnation, bathing culture was an aspect of sacred rituals; at other points in time, it’s been an integral part of healing and overall wellness. In the modern era, a trip to the spa can also be considered a luxury, where guests can unplug, unwind, and rejuvenate in cashmere robes with gourmet meals and five-star amenities.

Now a striking new book is spotlighting spas big and small from around the globe, exploring a vast array of therapeutic spaces and innovative treatments. “Most of the spas are directly inspired by the natural resources available,” says Kari Movar, author of Be Well: New Spa and Bath Culture and the Art of Being Well (Gestalten). “The bathhouses of Europe and onsens of Japan tapped in the mineral-rich thermal springs underground; the saunas of Finland were built from local pine and birch trees; the temazcal of Mexico featured the hot volcanic rock from that region; and the California resorts took advantage of the local, nutrient-dense mud.” 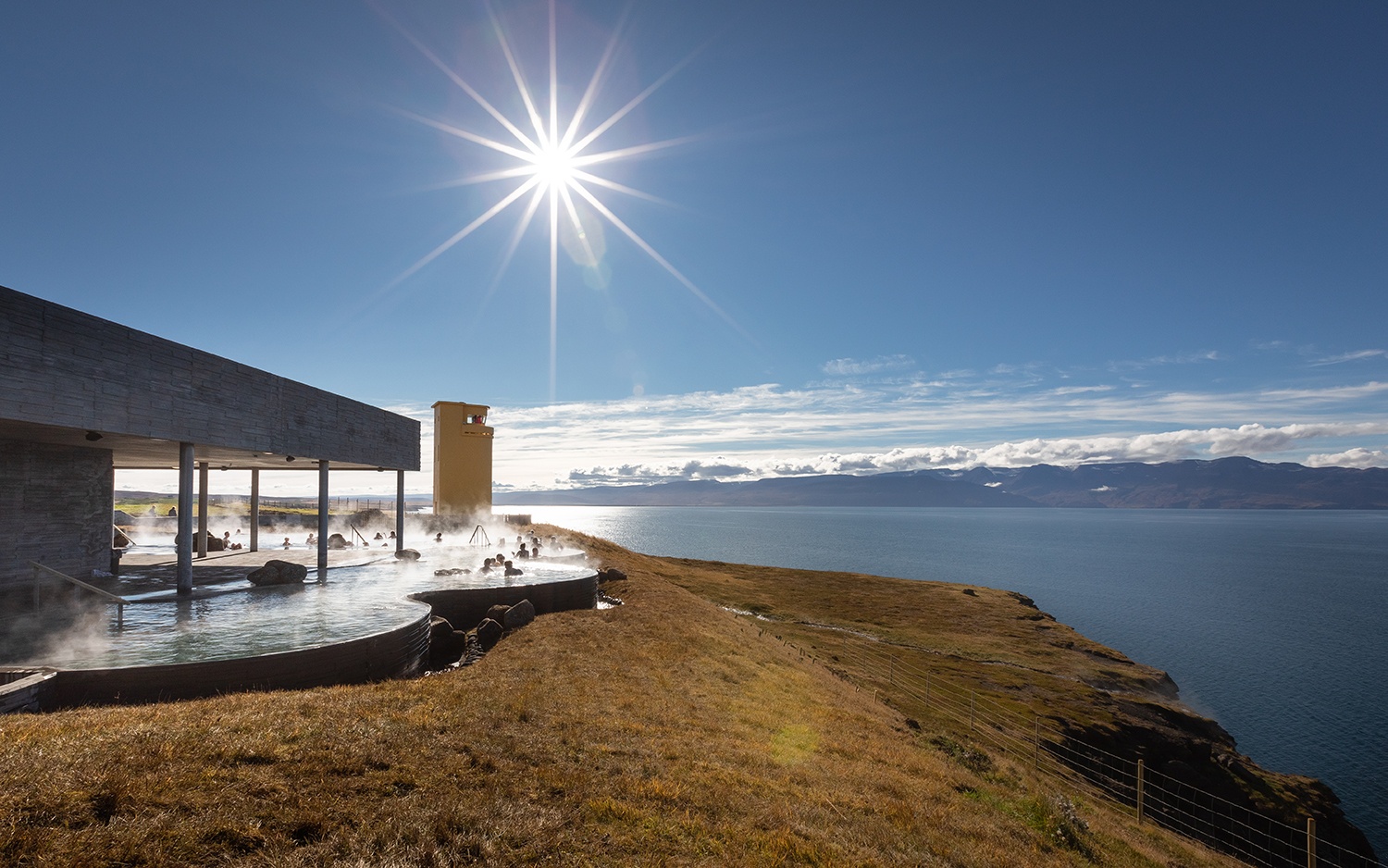 Whether its a massive hammam in Turkey or a tiny mobile unit in England, one unifying element in each of the spas is the significance of water. Sometimes the entire experience was centered around it, such as the onsen at Amanemu in Japan or the small footbath offered on arrival at Yoko Kitahara in Tel Aviv. “In Latin, the phrase sanitas per aquam translates to ‘health through water,’” says the author. “The Greeks built communal bathing into their gymnasiums and the Romans constructed enormous multiroom bathhouses—social life centered on bathing. Today, despite all our modern advancements, I think taking the waters, or simply floating in water or even looking at the ocean, is deeply healing for the mind and body.”

10 of the Most Luxurious Wellness Resorts Around the World 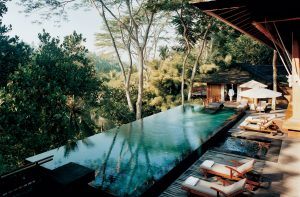 Now more than ever, people are prioritizing mental and physical health and Be Well illustrates in intricate detail how different cultures practice self-care. As diverse as the treatments are the designs of the spas, and the book captures the various architecture styles in richly layered photography. Viewers are welcomed inside the Baroque-style buildings filled with churchlike cupolas and statuary in Eastern Europe, the modern marvels that fade into the landscape of the American Southwest, and the whimsical resorts in China, where fantastical elements tickle the imagination. 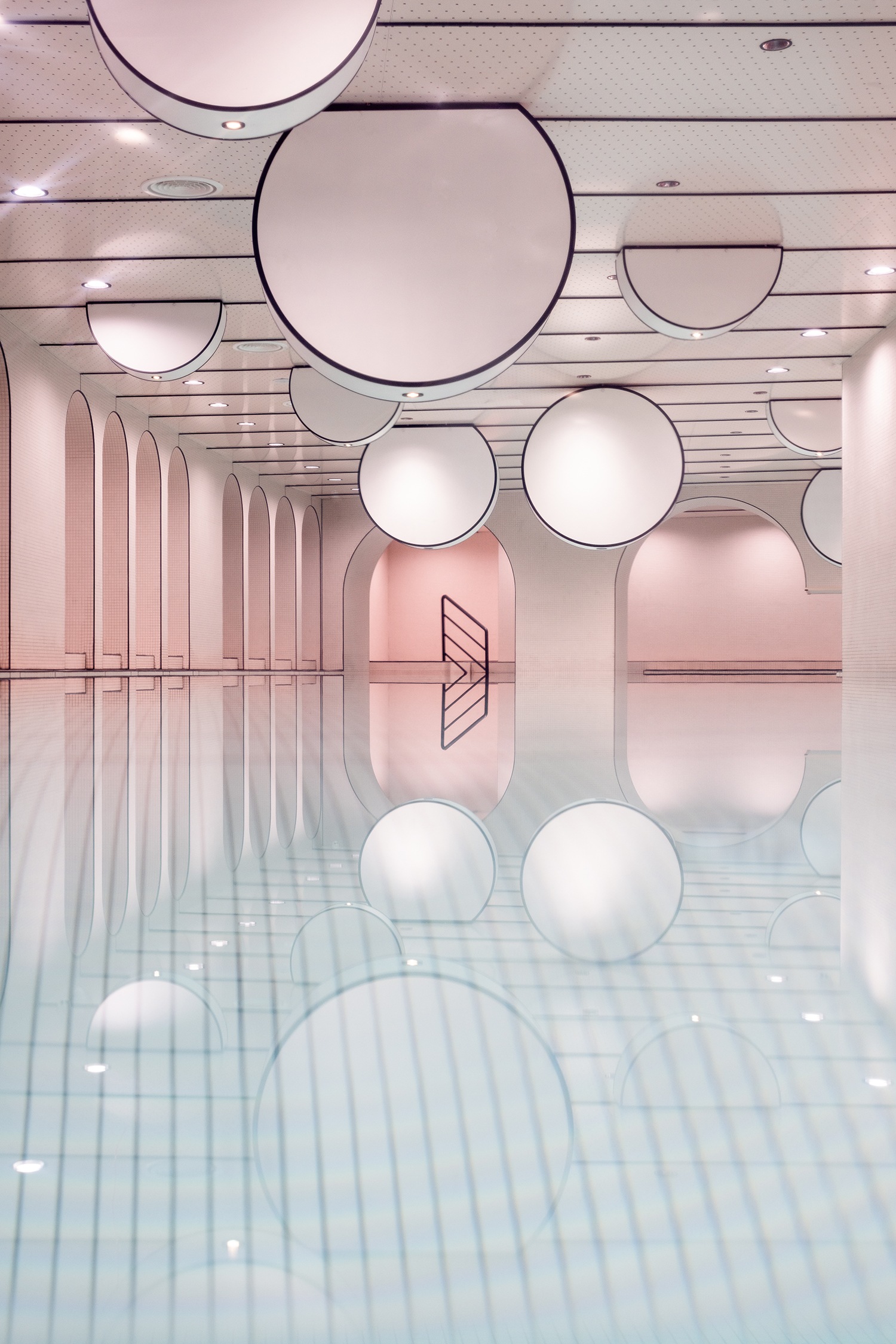 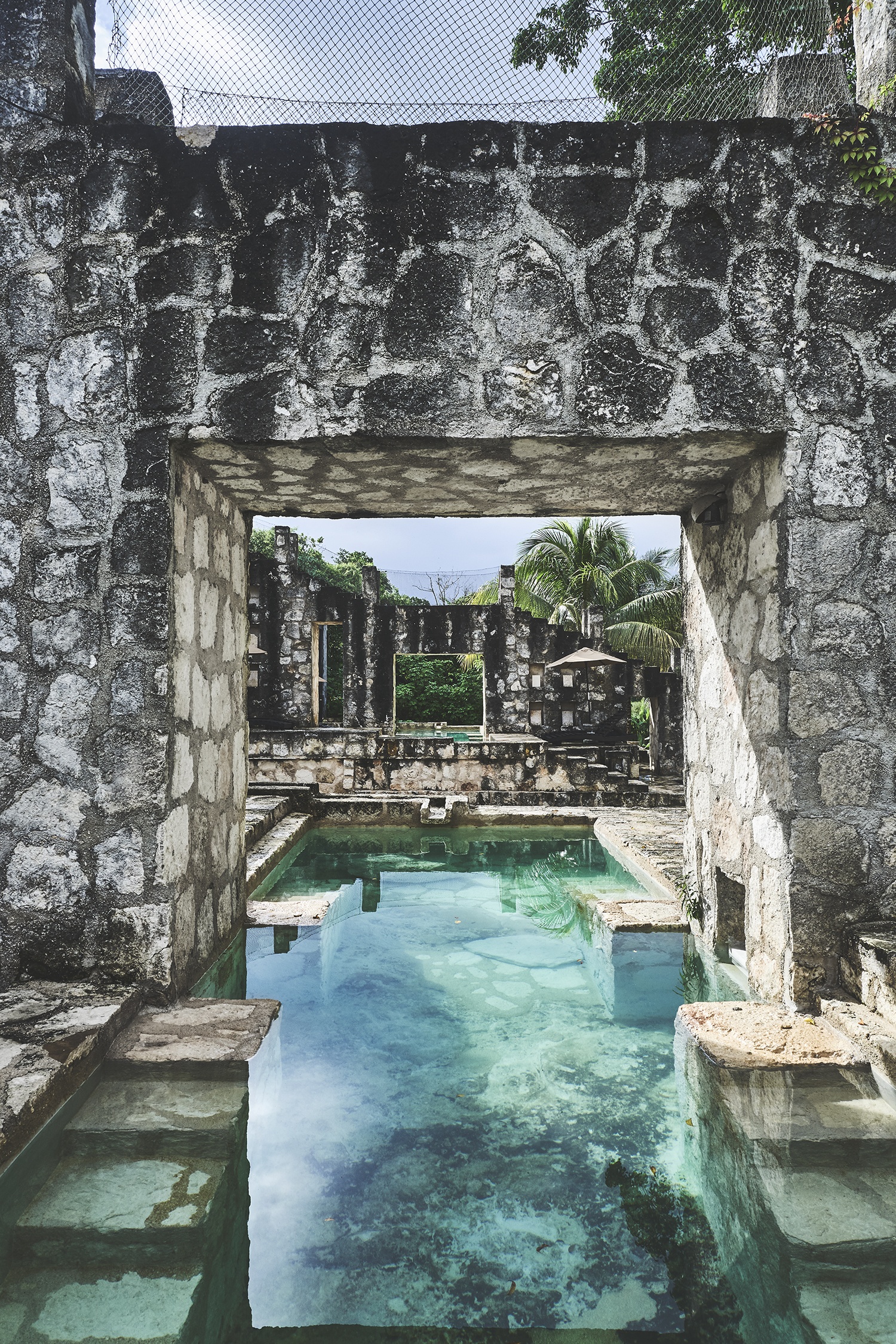 “The Géllert and Szechenyi baths in Budapest and Friedrichsbad spa in Germany preserved many of the old-world architectural details, such as original tilework and neo-Renaissance-style statues and soaring, arched ceiling, which created a very magical environment—it’s like stepping through time into a bygone era,” Molvar tells Galerie. “The new construction spaces, such as the Well in New York City and the Meditation Hall in China, also feel magical but the spaces are much more minimalistic in tone and style: They used materials like wood, stone, and marble to create a calming environment, where you can really be present and tune inward without any distractions.” 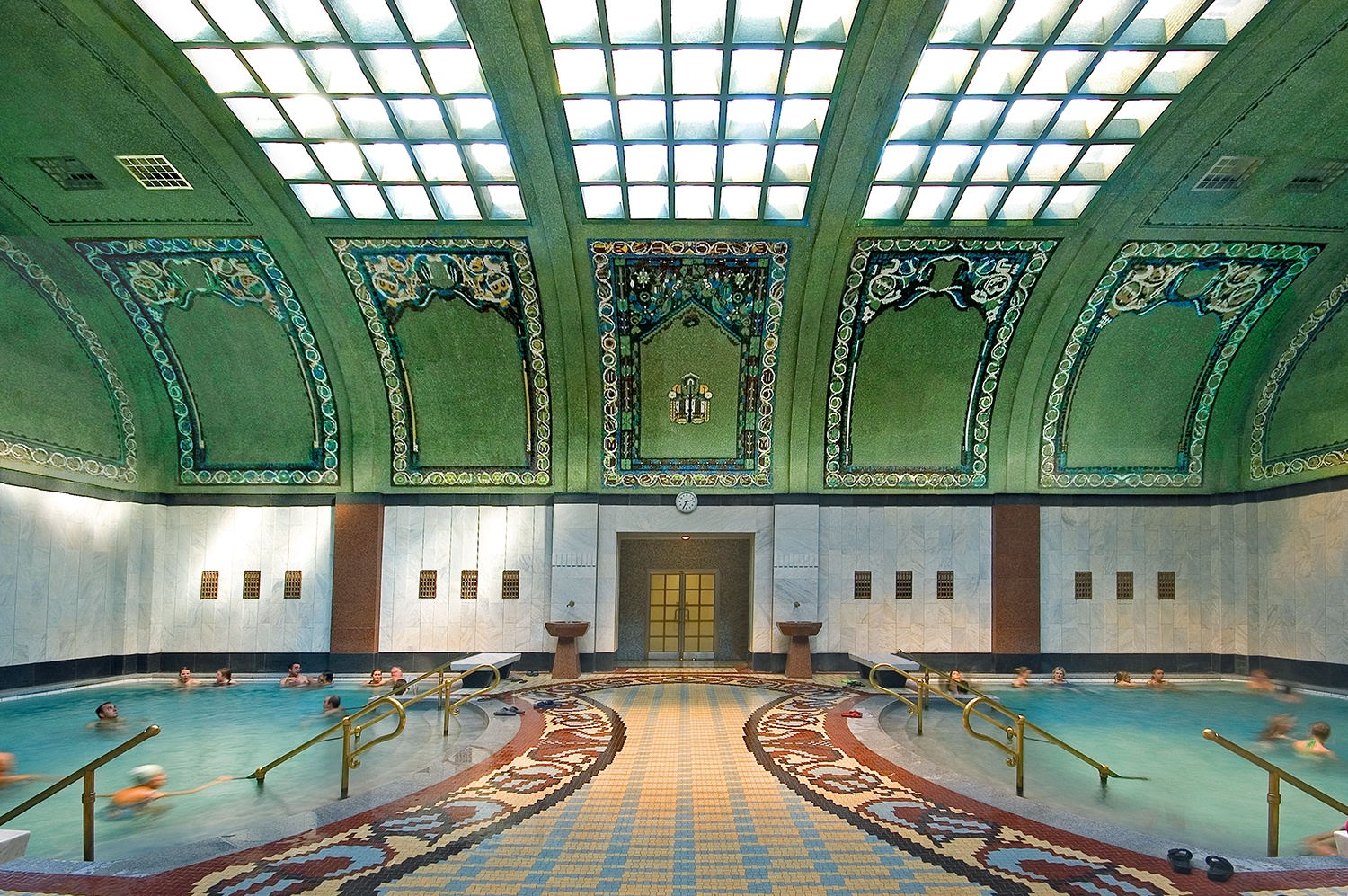 Giving added insight into the majestic cathedral-like spaces of Budapest, the ski-chalet-esque buildings of Germany, or the minimalist style resorts of the Hamptons, Be Well shares the history behind the many restorative treatments offered within, be that yoga and meditation, plunge pools and mineral springs, or Ayurvedic medicine and food culture. 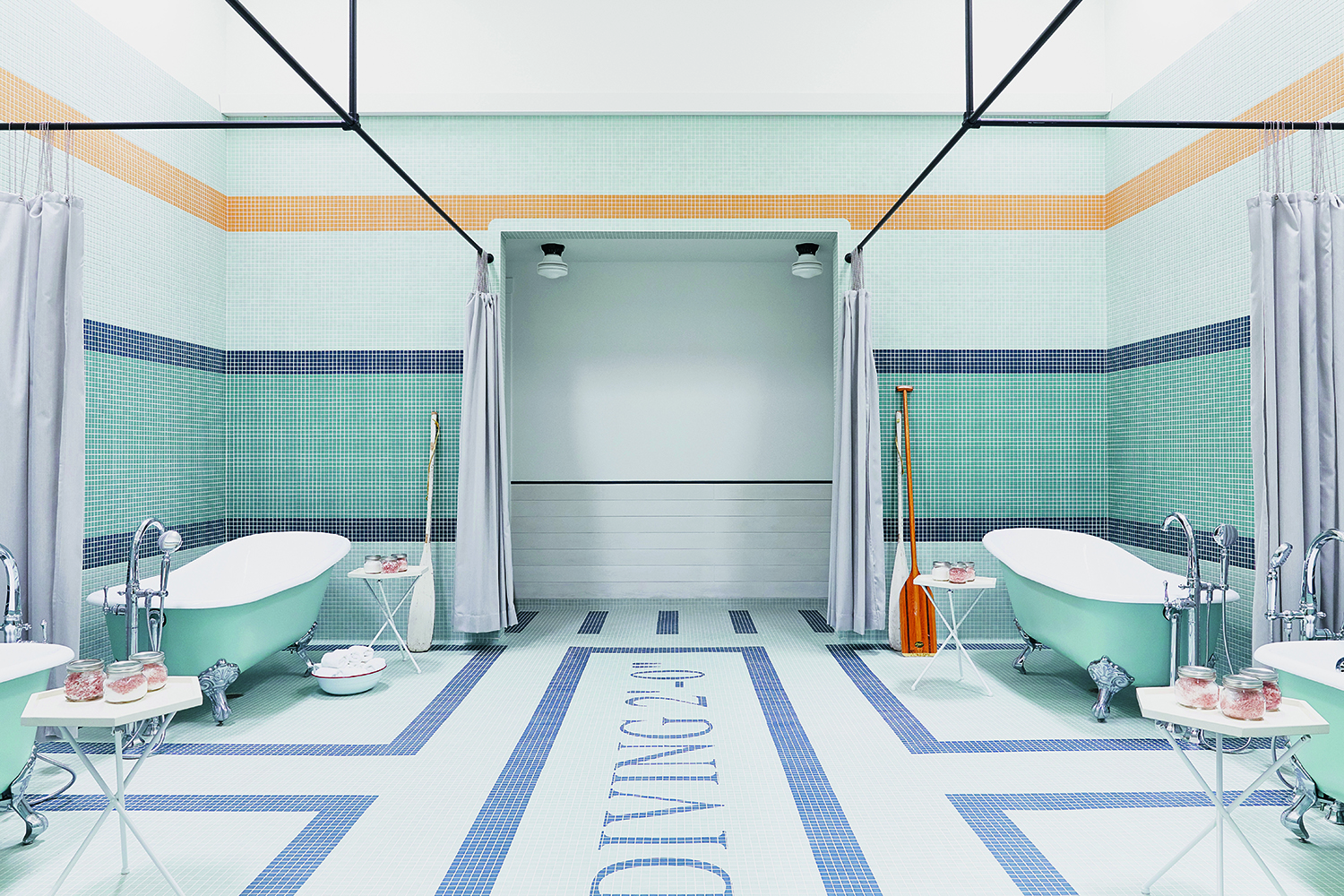 In Calistoga, California, a former 1940s-era motor lodge was reimagined by Avroko into a retro-chic wellness resort popular for its mud baths and cannabis massages. Photo: Aubrie Pick

“As spas evolved over time, they shifted from being no fuss and medicinal in nature—in Europe, taking the waters was recommended as a cure for a variety of health concerns, for example—to more luxurious and pampering spaces, where the reason for going was to relax and unwind,” says Molvar. “Now I think spas draw on both the past and present. We want solutions to clear up our skin or cleanse our gut, but we also want an amazing massage and foot rub for no other reason than it feels good.”