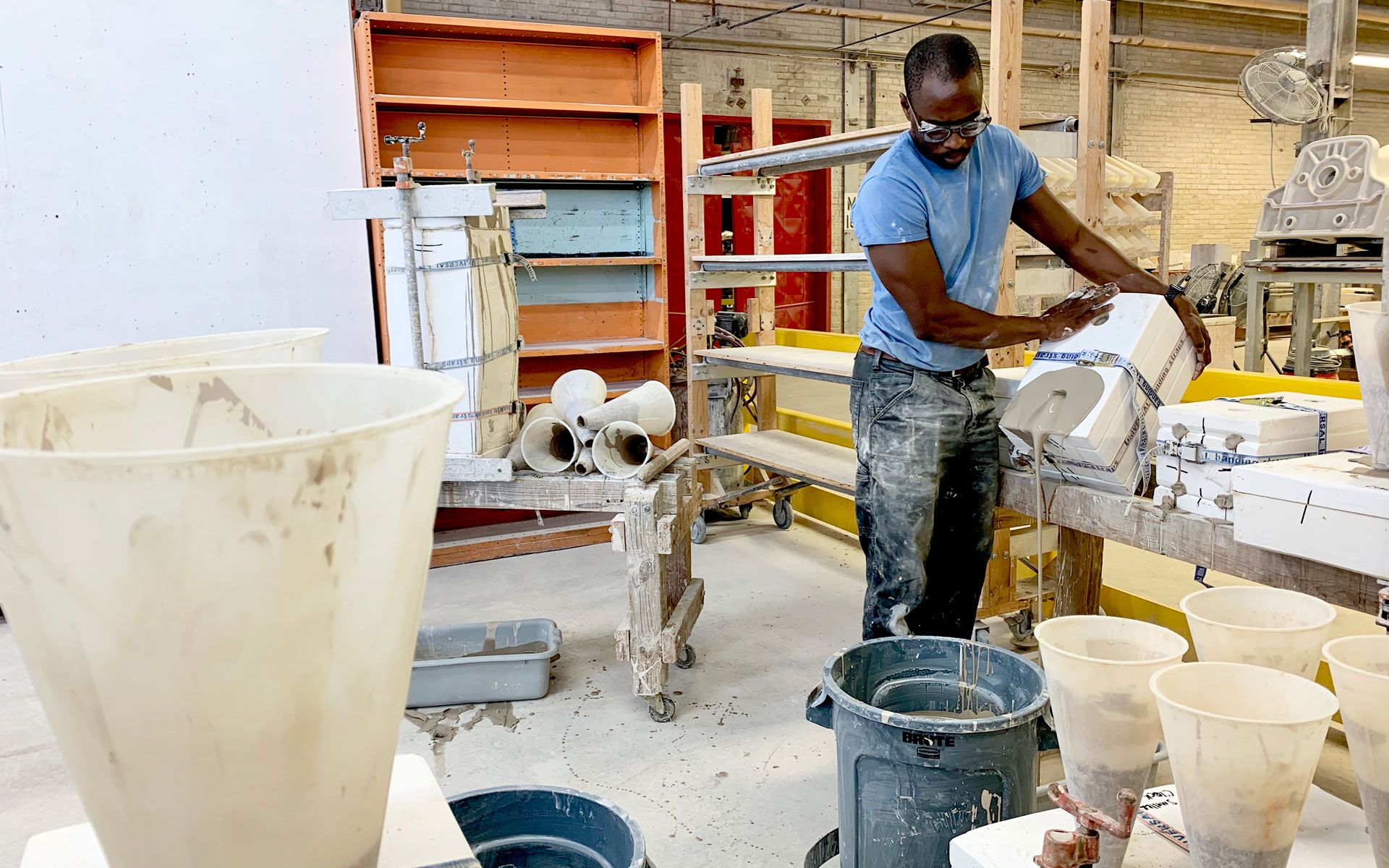 How Woody De Othello Is Shaping the Future of Ceramics 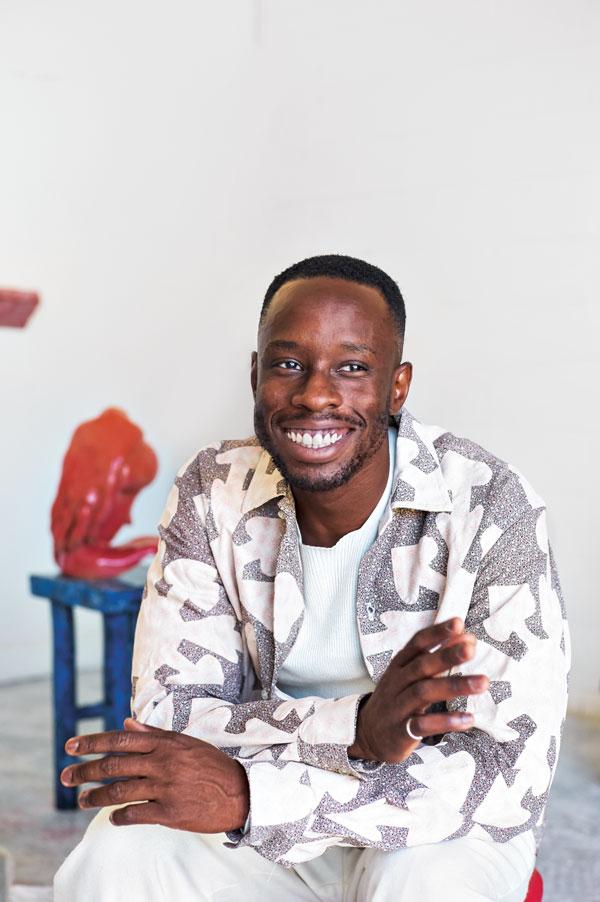 “I have always been a creative person, but the second I touched clay, I just knew,” says Bay Area artist Woody De Othello. For the past few years, he’s been working with ceramics, constructing intentionally wonky, semi-anthropomorphized sculptures of everyday household objects. It’s a theme he began when studying at California College of the Arts, which counts pioneering ceramists like Peter Voulkos and Viola Frey as alumni. Since graduating, De Othello has shown equal promise, having already exhibited at the Front International: Cleveland Triennial for Contemporary Art, the 33rd Ljubljana Biennial of Graphic Arts in Slovenia, and the San José Museum of Art in California, which last year hosted his first solo museum show titled “Breathing Room.” 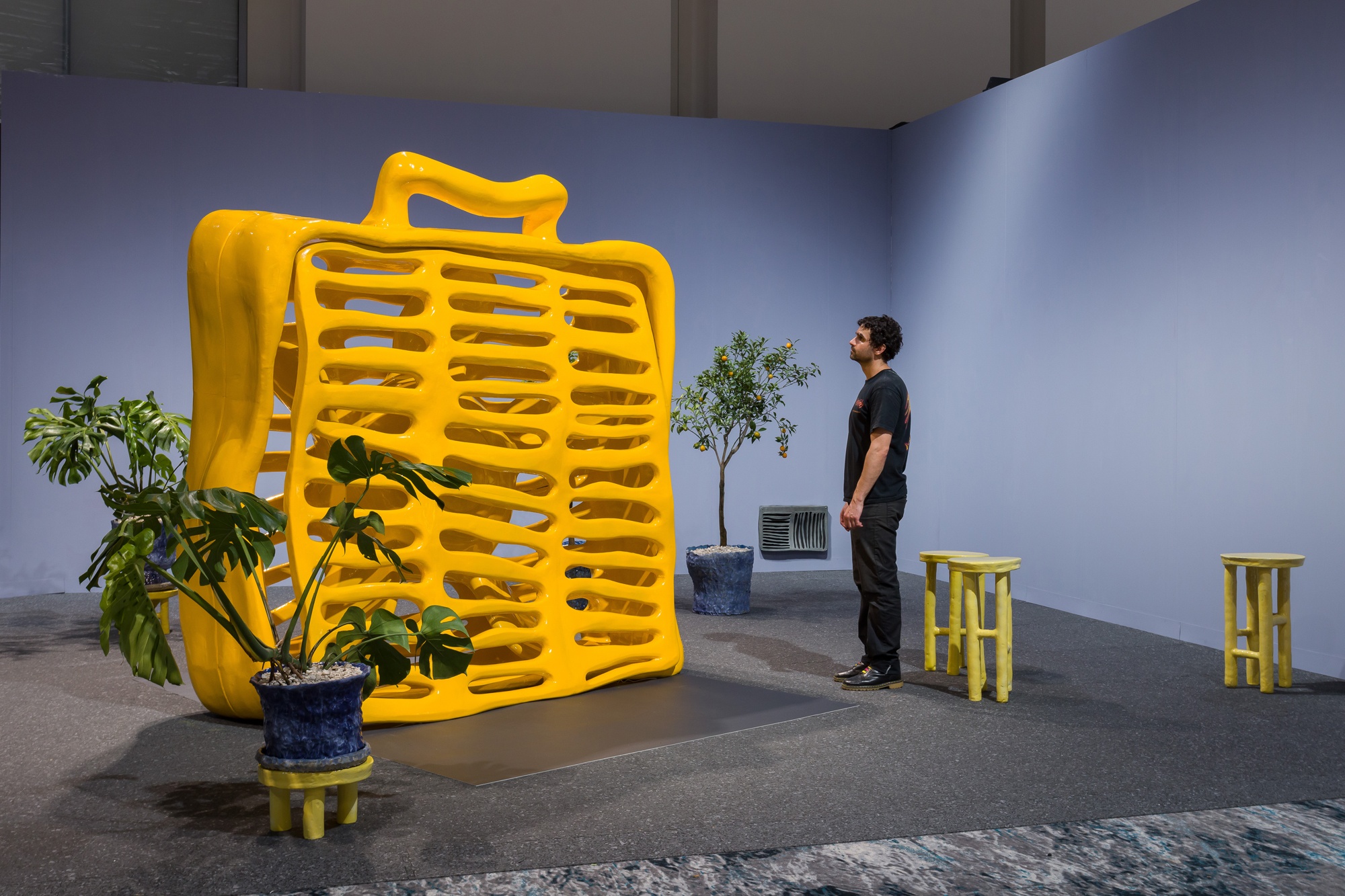 De Othello’s glossy, bright sculptures are full of whimsy, which belies their more serious message. “Humor is a part of my personality,” he says. “I really like what I do and that energy translates in the sculpture, but a lot of my sources of inspiration come from a deeper place.” Born in Miami to a family of Haitian descent, he uses mundane objects as metaphors for larger issues. Take the eight-foot-tall bronze fan titled Cool Composition with a concave center he made, which caused a stir at Jessica Silverman’s booth at Art Basel in Miami Beach last year. “I had been thinking about objects that circulate air and being aware of our breath, which is something we take for granted. You see the concave and also notice that there is some struggle there.” He has recently been pondering doors, thinking about what they symbolize around questions of accessibility. Who has the keys to enter and who is allowed in? “These domestic spaces hold the space to have larger political conversations without being overtly political.”

7 Standout Talents to Watch at Art Basel in Miami Beach 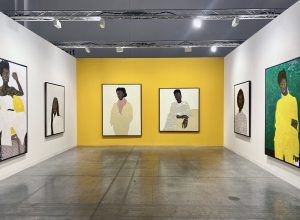 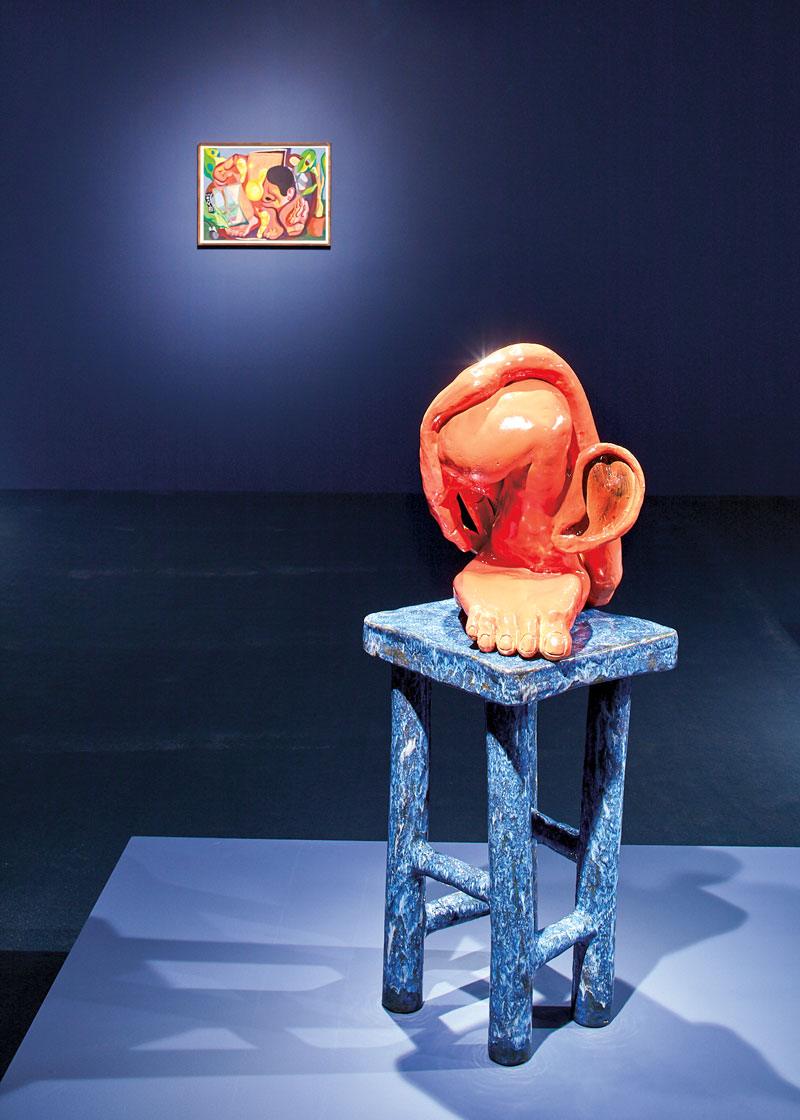 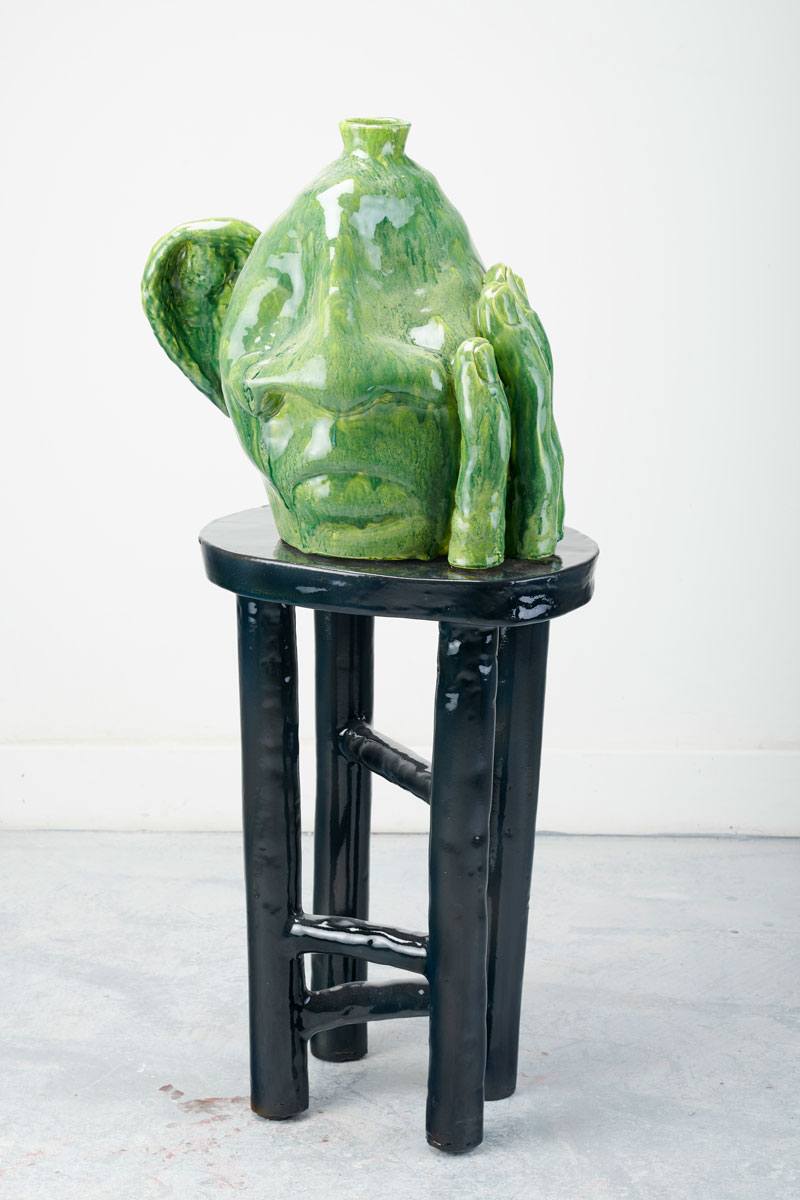 Earlier this year, as a resident at the highly selective John Michael Kohler Arts Center in Sheboygan, Wisconsin, De Othello embarked on an exciting new body of work before the Covid-19 pandemic hit. “The whole residency experience was so reviving. I felt like I was in collage again. I learnt all these new skills and I was just hitting this moment when things were clicking and was ready to start cranking it out!” Experimenting with mold making, he created vases featuring Surrealist-like ears and lips that explore notions of listening and being present but also being heard. “I was so captivated by this idea of the vessel being an analogy of the human body and a carrier of emotions.”

De Othello also began inscribing his works after recently reading about the enslaved South Carolina potter David Drake, who produced some 100,000 alkaline-glazed stoneware jugs between the 1820s and the 1870s. “As an illiterate man, the act of him writing his name on his pots was a radical political statement. I was going back to this notion of speaking up.” A solo exhibition of De Othello’s new works is slated to take place at the center in 2021. “We are thrilled to be supporting De Othello, whose work is expanding the voice and vision of contemporary ceramics,” says program director Faythe Levine.

“There’s magic with ceramics, and I know what it does in my life, and I think that power just radiates out.” 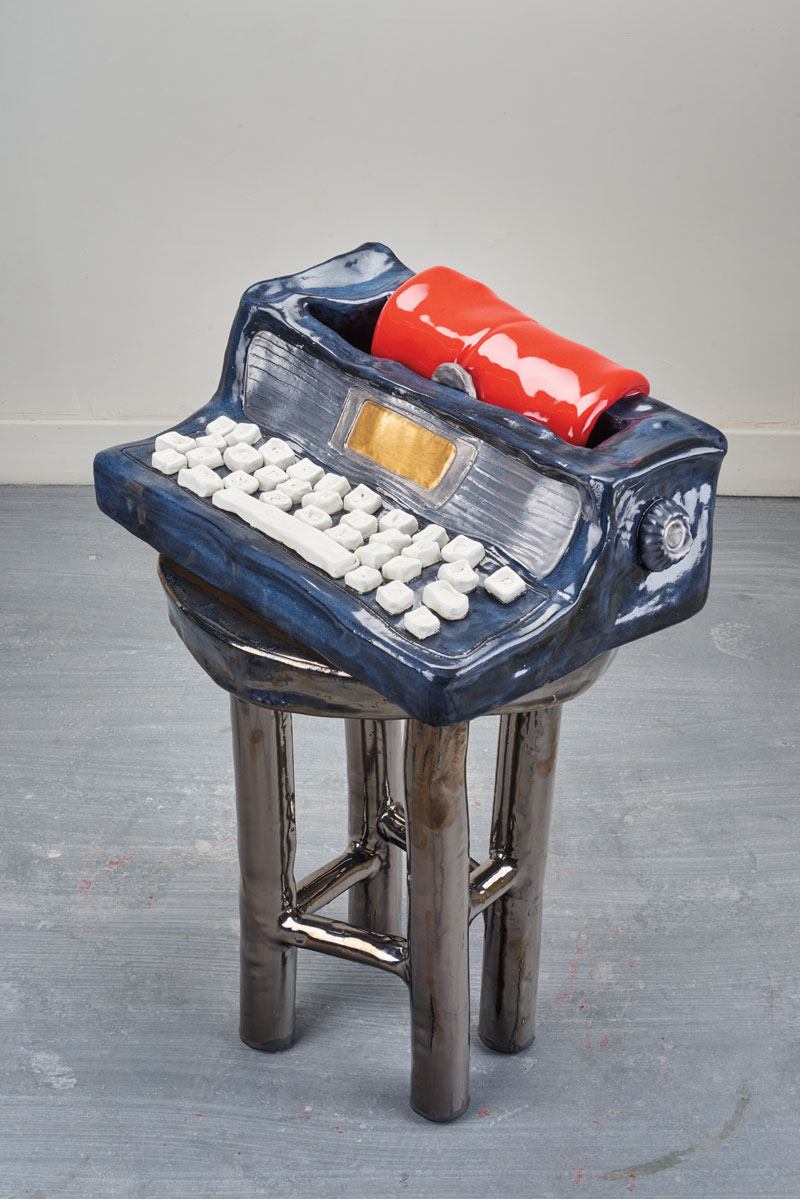 With a slew of planned exhibitions now on hold, De Othello has taken the opportunity to move into a much bigger studio in Richmond, California, and has been spending time writing, drawing, and reflecting. “I always tell people, ceramics taught me how to live life,” he says. “You have to be prepared that things will not work out as planned. There’s magic with ceramics, and I know what it does in my life, and I think that power just radiates out.”

A version of this article first appeared in print in our 2020 Summer issue under the headline “Shape-Shifters.” Subscribe to the magazine.