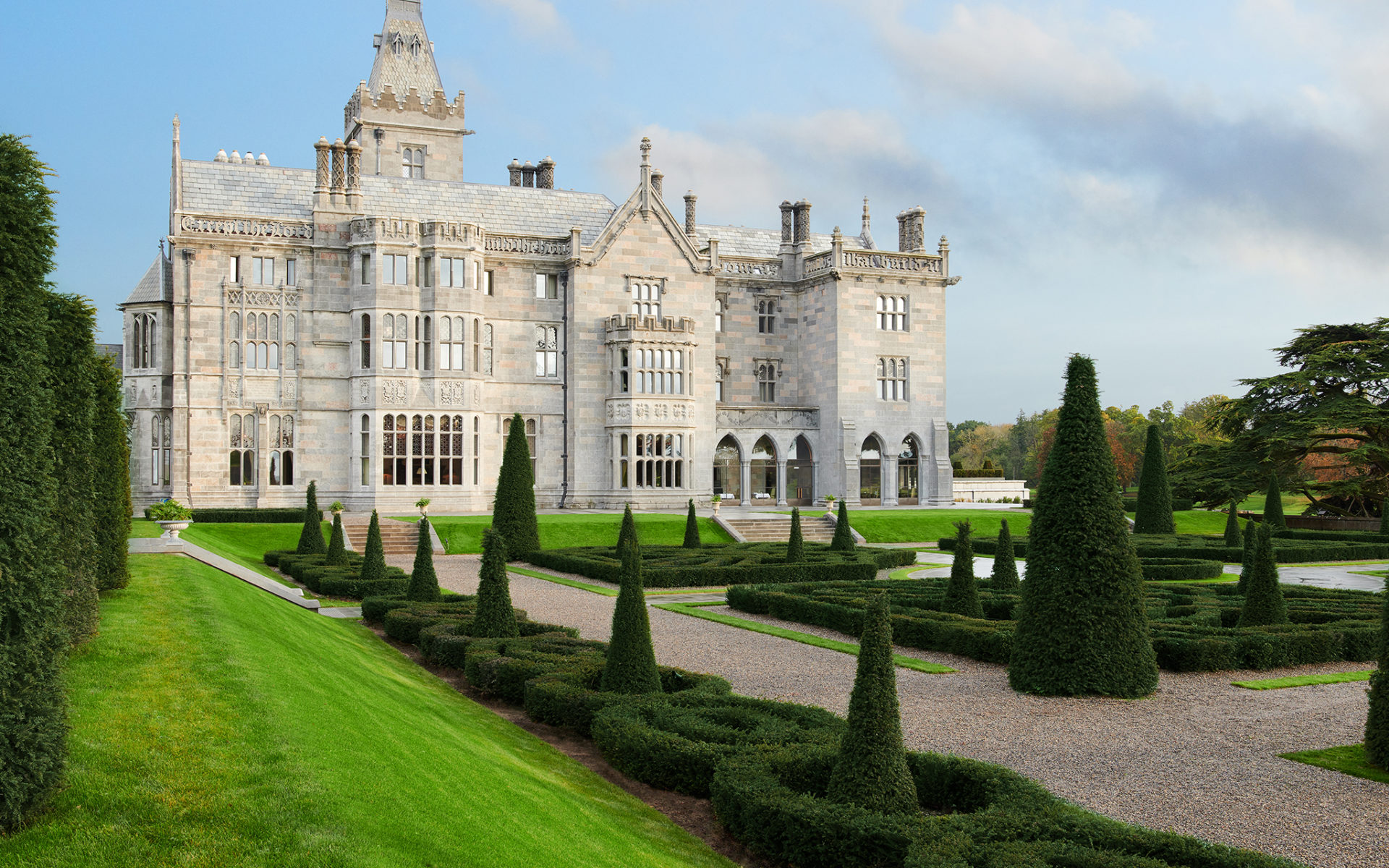 The ancestral home of a noble Irish clan, Adare Manor was built in 1860 as a Neo-Gothic “calendar house,” so called for its 365 stained-glass windows, 52 ornate chimneys, and seven lobby pillars. Situated on the banks of the River Maigue in County Limerick, the opulent manor reopened this fall after a two-year revamp by ReardonSmith Architects, which preserved all historic elements and added a guest wing with 42 rooms (for a total of 104), a ballroom, and a spa by La Mer. On the verdant 840-acre grounds, The Carriage House restaurant, terrace and bar, by David Collins Studio will overlook the estate’s golf course, which will reopen in March after a redesign by Tom Fazio. adaremanor.com “The response from all our guests is that the peach and pink hues of the limestone give the building so much character and life,” notes Adare Manor CEO Colm Hannon. “It stands out beautifully during the day or in the evening when washed with light.” Photo: Courtesy of Adare Manor An adjoining wing, containing 42 guest rooms and a ballroom, was added during the renovation. “It really has the wow factor when we show guests,” says Hannon. Photo: Courtesy of Adare Manor Boasting seven ornate pillars (which represent the days of the week), the Great Hall also functions as the property’s lobby. Photo: Courtesy of Adare Manor One of the staterooms overlooks the Tom Fazio–redesigned golf course. Photo: Courtesy of Adare Manor