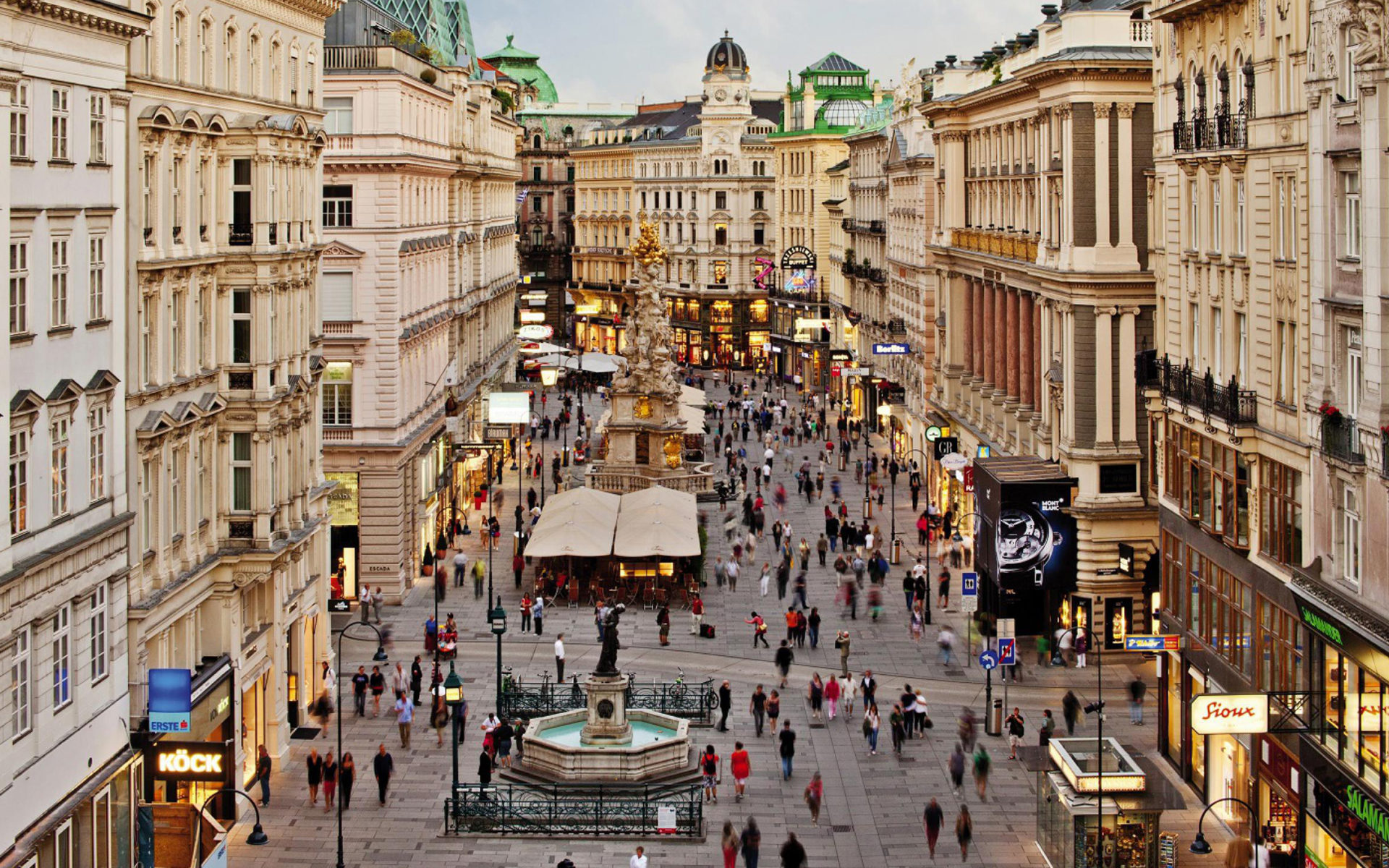 The Best of the Vienna Contemporary Art Fair

Beyond the city's regal exterior lies an energetic cultural scene bursting with young creative talent. Here, we share the highlights from the Viennacontemporary fair

Of course, the storied city has long been a hotbed of artistic creation and innovation. In fact, 2018 marks the 100th anniversary of the deaths of four art and architecture virutosos who have enduring connections to Vienna: artists Gustav Klimt, Egon Schiele, and Koloman Moser (known for his advances in graphic design), and architect Otto Wagner (who designed the Vienna metro). Additionally, Sigmund Freud, philosopher Ludwig Wittgenstein, and composer Gustav Mahler all once called the city home. As it turns out, there is something in the water: It flows directly from mountain springs in the Alps.

In the FOCUS section, art historian József Mélyi curated a selection of works by Hungarian neo-avant-garde artists of the 1960s and ’70s. Photo: viennacontemporary/A. Murashkin

Now in its third year (before 2015, it was known as Viennafair), Viennacontemporary brought together 110 galleries and institutions from 27 countries in Marx Halle, a landmark southeast of the city’s cultural district.

Many of the galleries were unfamiliar to Western audiences, offering international collectors a chance to see exciting art not only from Austria but also from Eastern Europe and elsewhere. There was a Nordic Highlights section as well. The event’s artistic director, Christina Steinbrecher-Pfandt, describes the eclectic mix as “an advantage and also a challenge.” A third of the galleries are from Eastern Europe, and this focus in particular makes Viennacontemporary “not comparable to any other fair,” she says. “You cannot see what you see with us in any other fair in that density.” She views the occasion as an educational tool, introducing collectors to standout Eastern galleries that may otherwise be overlooked.

One of the most established participants, Thaddaeus Ropac (based in Salzburg, London, and Paris), brought work by four well-known British sculptors: Anish Kapoor, Tony Cragg, Richard Deacon, and Antony Gormley. By the last day of the fair, it had sold a 2004 silver Kapoor sculpture that juts slantwise from the ground like a javelin. The gallery’s junior director, Sophie Leimgruber, said she’d been speaking mainly with European collectors (often German, Swiss, and Austrian), though American and international collectors were also present.

Established Viennese galleries Charim and Emanuel Layr (which also runs an outpost in Rome) exhibited more challenging, experimental work. “Normally we’d just bring a lot of pieces because we needed to sell them,” said Kurt Kladler, of Charim. “But since we are a Viennese gallery and this is a Viennese art fair, we decided to make a project that’s more specific.” To that end, the gallery gave carte blanche to conceptual artist Dorit Margreiter, who conjured an empty space and, along its walls, hung black ropes fixed at different places to create intersecting lines. Meanwhile, one of Emanuel Layr’s works included Plumbers Box 1-5, by Benjamin Hirte, a series of large metal boxes with grates on top (one functioned as a fountain). Within the grates, Hirte had placed trash from around Rome, where the work was previously shown.

In the Focus section, art historian József Mélyi curated a selection of works by Hungarian neo-avant-garde artists of the 1960s and ’70s. A staff member at Budapest-based gallery acb, a co-organizer, said last year’s fair helped one of its artists, Ferenc Ficzek, gain attention, and it hoped the same for the artists it represented this year.

Many of the featured Viennese galleries are also participating in curated by_vienna, which runs through October 14. Twenty-one spaces (including Charim and Emanuel Layr) invited international curators to design exhibitions about the intersections of language and visual art.

Beyond the walls of Marx Halle, a slew of openings kept visitors busy. In the MuseumsQuartier (a former royal horse stables developed into one of the world’s largest cultural blocks), the Leopold Museum displayed work by 20th-century Austrian painter Anton Kolig; mumok (Museum Moderner Kunst Stiftung Ludwig Wien) opened a show about nature and society; Kunsthalle Wien explored how humans live together; and at the frei_raum Q21 exhibition space, “Stopover” offered new perspectives on cultural exchange. So if you’re headed to the city soon, plan ahead: There are centuries’ worth of masterpieces to see and contemporary spectacles you don’t want to miss.