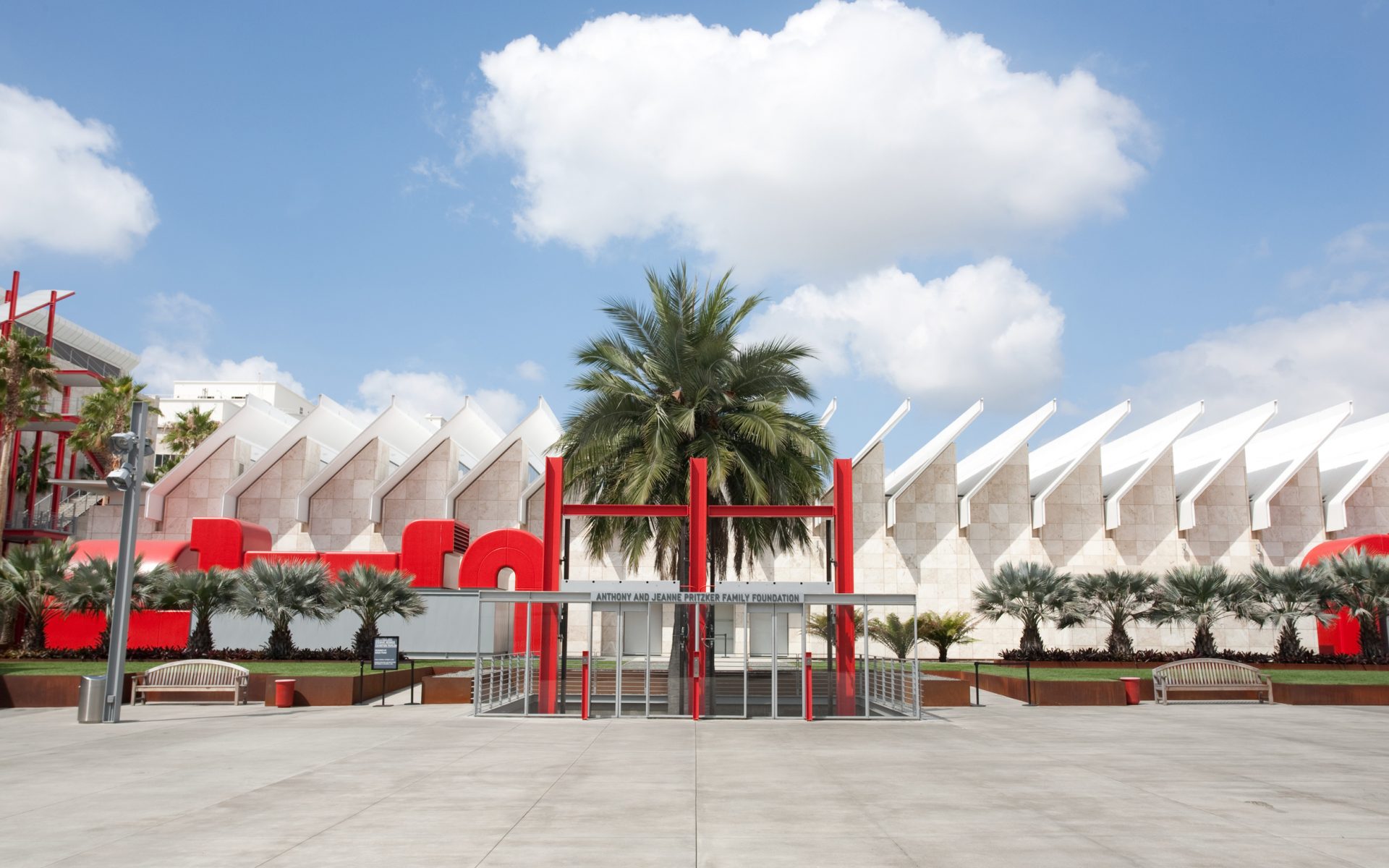 The exterior of LACMA.
Photo: Courtesy of LACMA

As Los Angeles prepares to host the inaugural edition of Frieze LA, we asked the experts for their tips on where to stay, eat, and play

Frieze’s anticipated arrival on February 14 brings an exciting wave of energy to Los Angeles, a city that has long been overlooked on the world art fair circuit. This year, Art Los Angeles Contemporary has rescheduled to coincide with Frieze, alongside newcomer Felix L.A., a new L.A. edition of Spring Break, as well as the stART Up and Superfine fairs. While the fairs are a must, the city’s cultural offerings extend much further.

To get the insider’s perspective, Galerie asked some of the world’s top gallerists, curators, and museum directors for their tips on what to see and where to stay, eat, and shop in Los Angeles. “My favorite hotel has to be the Hollywood Roosevelt—it will be hosting the inaugural Felix L.A. art fair and has everything you need. Nearby in Hollywood, a wonderful place to eat is Petit Trois, a French counter-style restaurant run by chef Ludo, Vinny Dotolo, and Jon Shook. It’s some of the best food in L.A. and a wonderful environment. LCD is one of my favorite boutiques. They are female-owned and operated and have shops in Venice and downtown at The Row.” “For the best sampling of cuisine in L.A., head to Smorgasburg at The Row DTLA, a hip locale comprising six historic buildings, an open-air food market, and lots of green space. While I don’t shop much in person anymore, I’ve gone to The Row in downtown L.A. the past two weekends! Some of my go-to stores there are Hawkins, the superchic home furnishings store that was started by Paul Denoly and Nick Blaine in Hudson New York; Erica Tanov, who offers a highly curated selection of ready-to-wear, leather goods, and textiles; and Umamimin for stylish, locally made children’s clothing. Another favorite is Mameg, which is tucked behind the mirror-fronted façade of Maison Martin Margiela in Beverly Hills. My favorite Mexican restaurant is La Casita Mexicana in Bell. Next door to The Broad is the chic restaurant Otium, led by chef Timothy Hollingsworth, who was formerly chef de cuisine at the French Laundry in Napa Valley. Another fantastic, artful restaurant is Manuela, nestled within the hidden courtyard of Hauser & Wirth Los Angeles in the downtown arts district with a menu focused on locally sourced, seasonal ingredients. My must-see museums and cultural institutions include the Getty Villa, Huntington Library and Garden, Marciano Art Foundation, and the Norton Simon Museum.” Tom of Finland House, a monument to the artist in his former home. Photo: Los Angeles Conservancy

“Most of the major art museums in L.A. tower along the east-west corridor of Wilshire Boulevard. I’d recommend detours to unassuming and visionary institutions north and south: The Museum of Jurassic Technology, on the edge of Culver City, is one of the city’s greatest artworks. The Underground Museum is an all-embracing cultural space tucked behind a West Adams storefront. And the Tom of Finland House is a fantastical living monument sited, intimately, in the artist’s former Echo Park home.”

Recommended: The 9 Most Beautiful Hotels in Los Angeles “The Nomad is terrific for drinks, dinner, anything! And the hotel itself is fantastic with bright, beautiful rooms. My local go-to is Ostrich Farm for a delicious and cozy dinner on the East Side. The food is simple, like roast chicken, but it’s the absolute best roast chicken in town. Also, the best pizza and chicken Parmesan is downtown on East 4th Place at Lupetti, which is perfect for a quick lunch during a day of gallery-hopping. Another restaurant worth checking out is Chateau Hanare, the sister of En Brasserie in New York. The restaurant is so perfectly appointed and the food impeccable. It’s great for both an intimate meal or a group dinner.” “As a native Angeleno, I would recommend staying by the beach. Casa Del Mar is a charming boutique hotel with an imposing brick façade that offers sweeping views of the Pacific. For sustenance, hop over to Fairfax for Jon & Vinny’s or sister restaurant Son of a Gun. If you’re craving pasta, the famed Beverly Hills eatery Madeos (conveniently next to Christie’s if you want to see auction highlights) is delicious. For a dose of culture, make an appointment at Frederick Weisman Foundation in Bel-Air to see a ‘private house museum,’ including masterpieces from Max Ernst and Joan Miró, Ellsworth Kelly and Roy Lichtenstein. If you’re in a crunch for couture, there is an unassuming by-appointment-only shop on Melrose called the Paper Bag Princess, which has some 100,000 pieces to choose from. By the end of the week, once art-fair fatigue has set in, head to the Getty Villa in Malibu, where you can view the new exhibition “Underworld: Imaging the Afterlife” and enjoy the extensive gardens. Afterward, treat yourself to one of the many Korean spas in the city. My favorite is the women’s-only Olympic Spa, which also boasts a restaurant serving authentic Korean cuisine.” The exterior of LACMA. Photo: Courtesy of LACMA

“People who don’t love Los Angeles oftentimes complain about the enormous amount of time this city makes you spend in a car. Well, you can turn this into your advantage as L.A. offers some of the most magical drives you can enjoy in a city landscape. View sunsets from Mulholland Drive and Bel-Air to the foothills of Hollywood. Enjoy a movie moment with a healthy dose of bohemian decadence at the rooftop bar of the Petit Ermitage Hotel in West Hollywood by drinking a Kubrick. Driving east to west on Wilshire Boulevard offers insight into the multifaceted beauty of L.A. You can start your Wilshire trip at the LACMA and drive all the way to Santa Monica, including the unmissable stop at the Hammer Museum. Driving in Los Angeles does give you an opportunity to marvel at the city. Push the journey to gorgeous Pasadena to admire the supreme quality of one of the world’s most remarkable private art collection ever amassed, the Norton Simon collection. If ice cream can become art, it inevitably happens at Bulgarini Gelato, a five-minute drive from the Norton Simon Museum and it tastes like nirvana.” “The Underground Museum often makes it to the top of my list of places to visit in Los Angeles. After viewing the exhibitions, I always take a few minutes and spend some time in the museums picturesque purple garden. Surrounded by lavender, jacaranda, and wisteria, it is the perfect quiet and serene place to recharge and collect one’s thoughts. If I want to meet friends for dinner nearby, I head to Alta Adams. Located in Los Angeles’s historic West Adams neighborhood, Alta Adams is a new contemporary restaurant that serves comforting food and great cocktails.”

Cover: The exterior of LACMA.
Photo: Courtesy of LACMA
Next Post