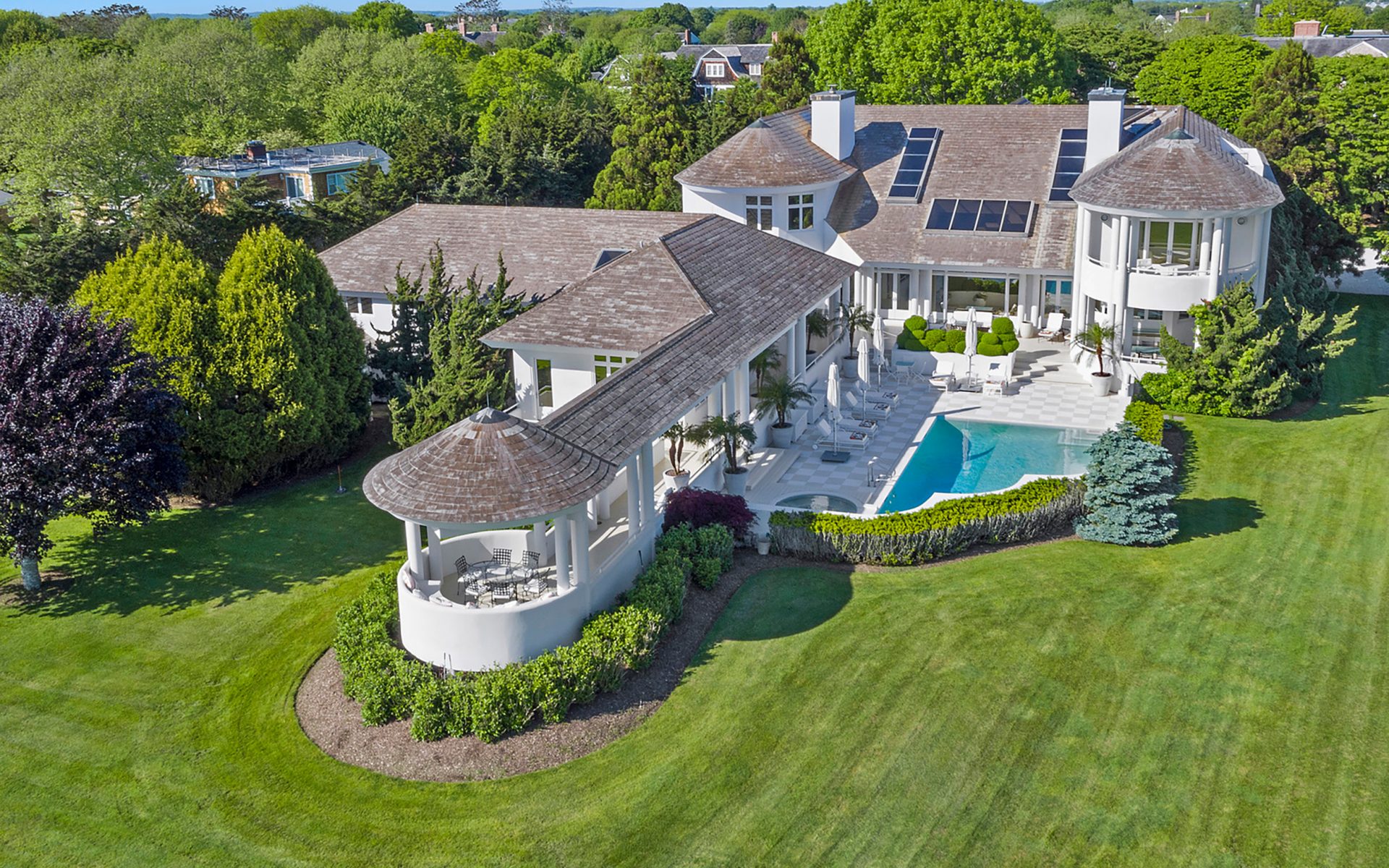 The cosmetics creator cuts $4 million from her serene Southampton retreat Makeup mogul Trish McEvoy is lowering the price of her waterfront estate in Southampton, New York. Originally listed for $23.5 million in March with Corcoran Group’s Tim Davis, the 8,500-square-foot abode is now down to $19.5 million.

Located on affluent Squabble Lane, in the exclusive Murray Compound, the seven-bedroom home overlooks Wickapogue Pond and comes with rare deeded access to the pristine beaches nearby. The 1998 dwelling was built for heiress to the Ford Motor Company Elena Ford. McEvoy and her husband, dermatologist Ronald Sherman, bought the 2.4-acre property in 2000 from Ford and enlisted architect Preston Phillips to oversee a renovation.

Featuring luxe all-white decor, the retreat boasts a double-height entryway, a home gym, a cinema room, a heated pool, and an outdoor dining pavilion with views that stretch all the way to the Atlantic. Two years ago, the couple’s former neighbor John McEnroe unloaded his 8,000-square-foot retreat but not until after his own price reduction. Perhaps McEvoy’s $4 million discount will help to finally attract the right buyer. The seven-bedroom home is set directly on Wickapogue Pond. Photo: Courtesy of Corcoran Light fills the living room, thanks to skylights. Photo: Courtesy of Corcoran The kitchen was renovated by architect Preston Phillips. Photo: Courtesy of Corcoran The master bedroom’s French doors open onto a balcony. Photo: Courtesy of Corcoran A fireplace warms the sitting area. Photo: Courtesy of Corcoran