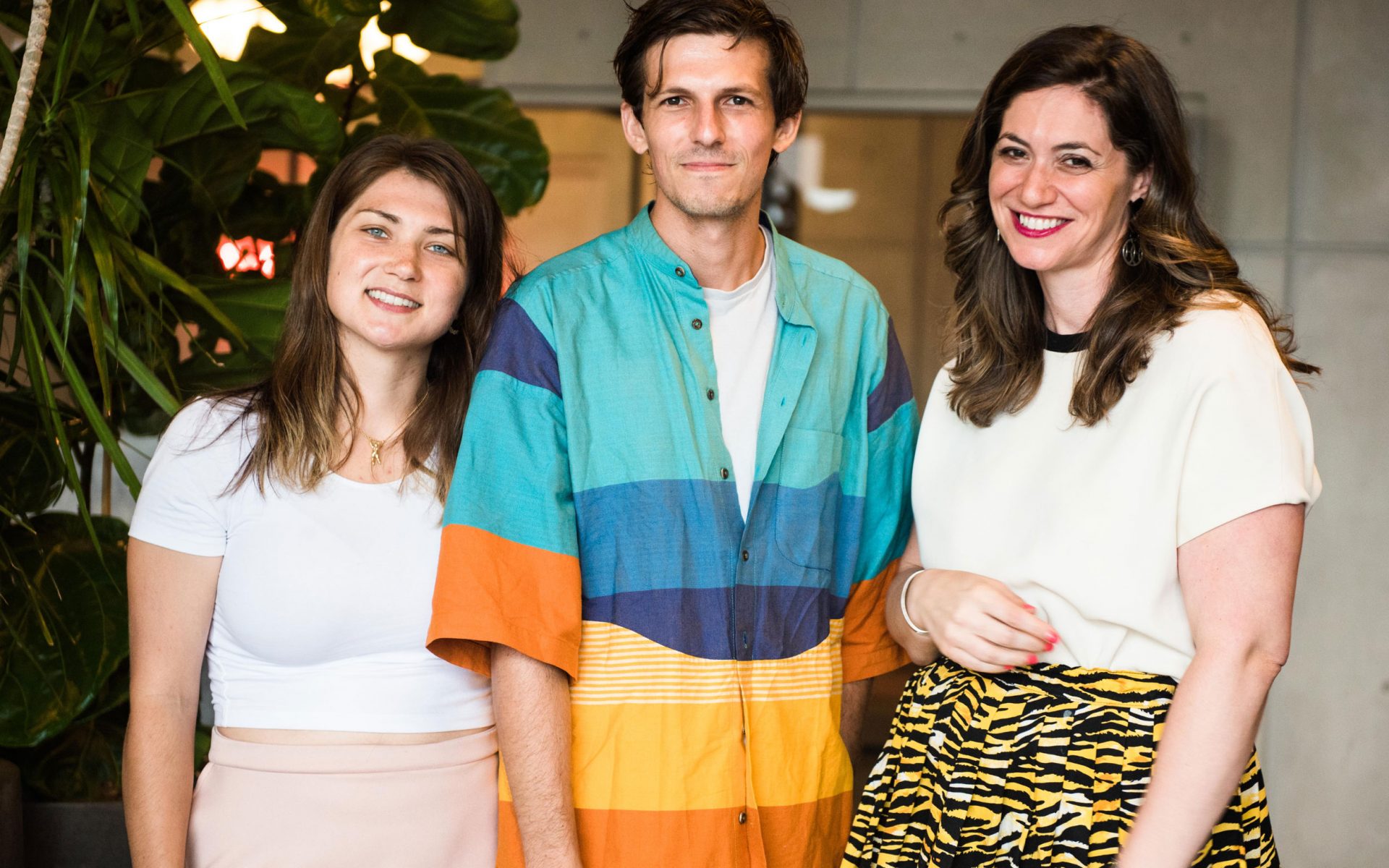 The wide-ranging conversation, moderated by editor in chief Jacqueline Terrebonne, focused on perceptions of beauty

They say that beauty is in the eye of the beholder. Challenging beauty was the subject of a discussion moderated by Galerie’s editor in chief, Jacqueline Terrebonne, with rising designers Misha Kahn and Katie Stout this past Tuesday. Presented by Spring Place and Prospect NY, the event invited guests to listen to the talk in Spring Place’s luxurious Sunken Living Room.

Kahn and Stout—fellow graduates of RISD’s furniture program—have made names for themselves in the art and design worlds for their eclectic and wildly absurd creations. The duo, who are also good friends and once shared a studio space, regaled the crowd with stories, insights into their practices, and upcoming projects—all peppered with hilarious, and slightly wacky, commentary. Here are a few highlights from the evening: 1. “Sort of in the theme of me borrowing things from Misha, I recently borrowed a chain saw from him for my new space. I’ll send Ubers over to Misha’s studio and be like, ‘Can you put the tool in the car and I’ll receive it?’ So I still have a chain saw from a sort of weird project I was doing.” —Katie Stout

2. “I like when things, especially that are going in someone’s home, feel like you could use them because they are already so, like, casual or a lot of times are limp and a little disheveled. So I think that, to me, it feels really like inviting and fun and easy because the crisp homes that you see on Instagram or in magazines are always so stark and, like, rigid. I feel like when I shop with Katie she’ll say, ‘This bag is going to look amazing when it gets beat to shit.’ And she’ll buy things with the promise that they’ll look really good once they are destroyed. I feel like we just skip that middleman of perfection a little bit.” —Misha Kahn

Recommended: Why Artist and Designer Misha Kahn Is Turning Heads

3. “I think that people tend to like more absurd objects and art and design when their surroundings are really absurd, which I think is sort of a reaction to the political atmosphere. . . . People are like, ‘Oh, everything is crazy. Why not have that reflected in our domestic spaces?’ It’s just my theory; I don’t really know.” —KS

4. “I’m a hoarder, so there’s just stuff around, and a lot of it’s just things sitting there. I’ll start with one thing, and then it starts turning into something else, and then it breaks, and then you use a chunk of it for the next thing. It feels like it’s usually not so planned out. At some point I thought I needed pool noodles, so I bought 50. But I didn’t use them, so they were there, and I can use them on the next thing. I think it’s a more realistic agenda.” —MK 5. “Both of us have bought really insane things and in large quantities on Amazon. Katie once had 14 boxes of beanbag beans delivered to our studio—actually not delivered to the studio. They were sent to Katie’s apartment, and then they were all brought over in several Uber XLs.” —MK

6. “Then the Uber driver said, ‘There’s nothing in the box,’ and I was like, ‘No, they’re actually full of beans.’ Also, I ordered a bunch of potato chips to the studio once. They were Lays potato chips because I wanted it for a Halloween costume or something, and then they were just there and used for everything—but mostly snacking.” —KS 7. “There was this really great moment where this interior designer called me and he said, ‘Oh, something happened to one of your pieces in shipping, would you mind coming out and fixing it?’ And it was like, ‘Yeah, sure, I’ll go fix it.’ And he was like, ‘While you’re there, can you style your other piece?’ I was like, ‘What other piece?’ He said it was a lamp Misha made, but would I mind figuring out how it’s supposed to look and make it look that way. It was like, ‘What?’” —KS

8. “I’m working on a little collection of pool floats and dishware like glasses and a tray with Prospect, and they have some straws here tonight which kind of go with the drinkware set. And I think have a nice bong-culture-ware to them. . . . These are made out of glass and I think the idea was they were like, Well everyone is trying to not use straws right now as like our moment du jour of sustainability.” —MK

9. “I have a Campana brothers cabinet that’s upholstered with fish skins from this Amazonian fish called the pirarucu and then little Raffia tassels all over it. Friedman Benda let me borrow it to just include in one of the first shows I did with them because I thought it was, like, the perfect thing for part of it. . . . And it was really cool to own it. Then I just found out that they never made any more, so I’m the only person who’s a deep enough freak to want it. Maybe. I don’t know.” —MK

10. “I have a painting by Bjarne Melgaard. It’s maybe three and a half by five and a half feet, and there’s this little creature and it says, ‘Psycho Alone.’ I love it because I look at it and I’m like, ‘Yeah, me too.’ Deeply personal.” —KS