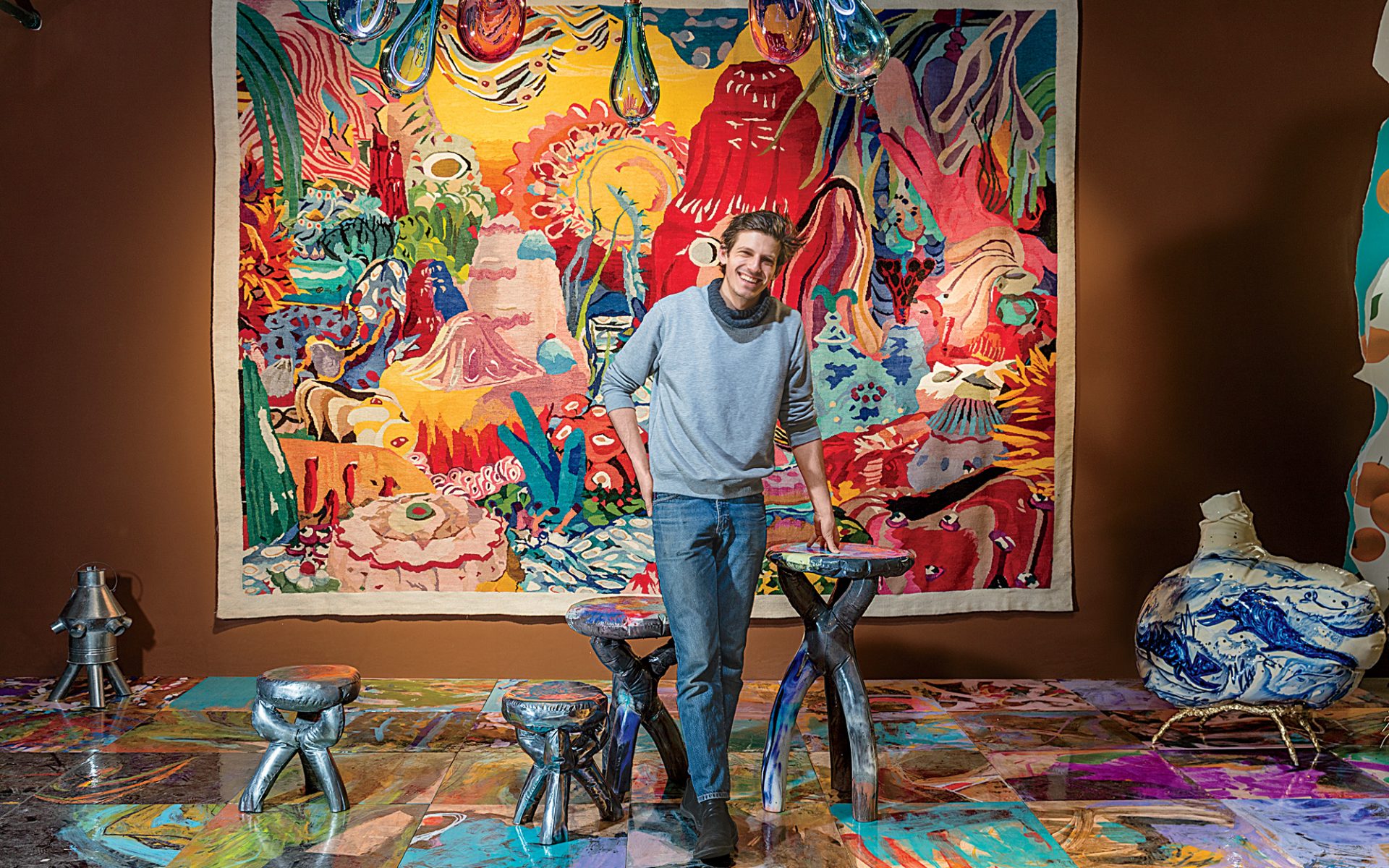 Kahn stands in front of the centerpiece of his show—a hand-woven mohair tapestry of a landscape inspired by Jello molds.
Photo: Antoine Bootz

Why Artist and Designer Misha Kahn Is Turning Heads

His wildly imaginative creations blur the line between sculpture and furniture

Minnesota-born artist and designer Misha Kahn is young, handsome, charming, and seemingly at the top of his game. He graduated from the Rhode Island School of Design in 2011 with a BFA in furniture design, and he was named a Fulbright Fellow at the Bezalel Academy of Arts and Design in Tel Aviv, Israel, in 2012. Kahn’s wildly imaginative creations blur the line between sculpture and furniture, but always maintain their raison d’être. He joins the conventional with the not-so-traditional, creating pieces like a china cabinet made of plant fibers, banana leaves, cactus, and bone, or a coil pot made of nylon and down feathers.

Kahn stepped into the spotlight for a solo show in 2016 with an eye-popping installation at New York’s Friedman Benda Gallery. The pieces were wacky-looking but functional. Materials—craft to industrial—ranged from cotton to cement. Preparing for the show, Kahn traveled to Cape Town and Swaziland, where several pieces were made, including the bronze floor lamps and coffee table. His colorful wonderland is an artfully clever marriage of sculpture and furniture or, as he explained, “I don’t know why this divide exists. Maybe it’s a blurry spectrum or there’s clear categories, I’m not sure—but I certainly don’t care to pay any attention to it.”