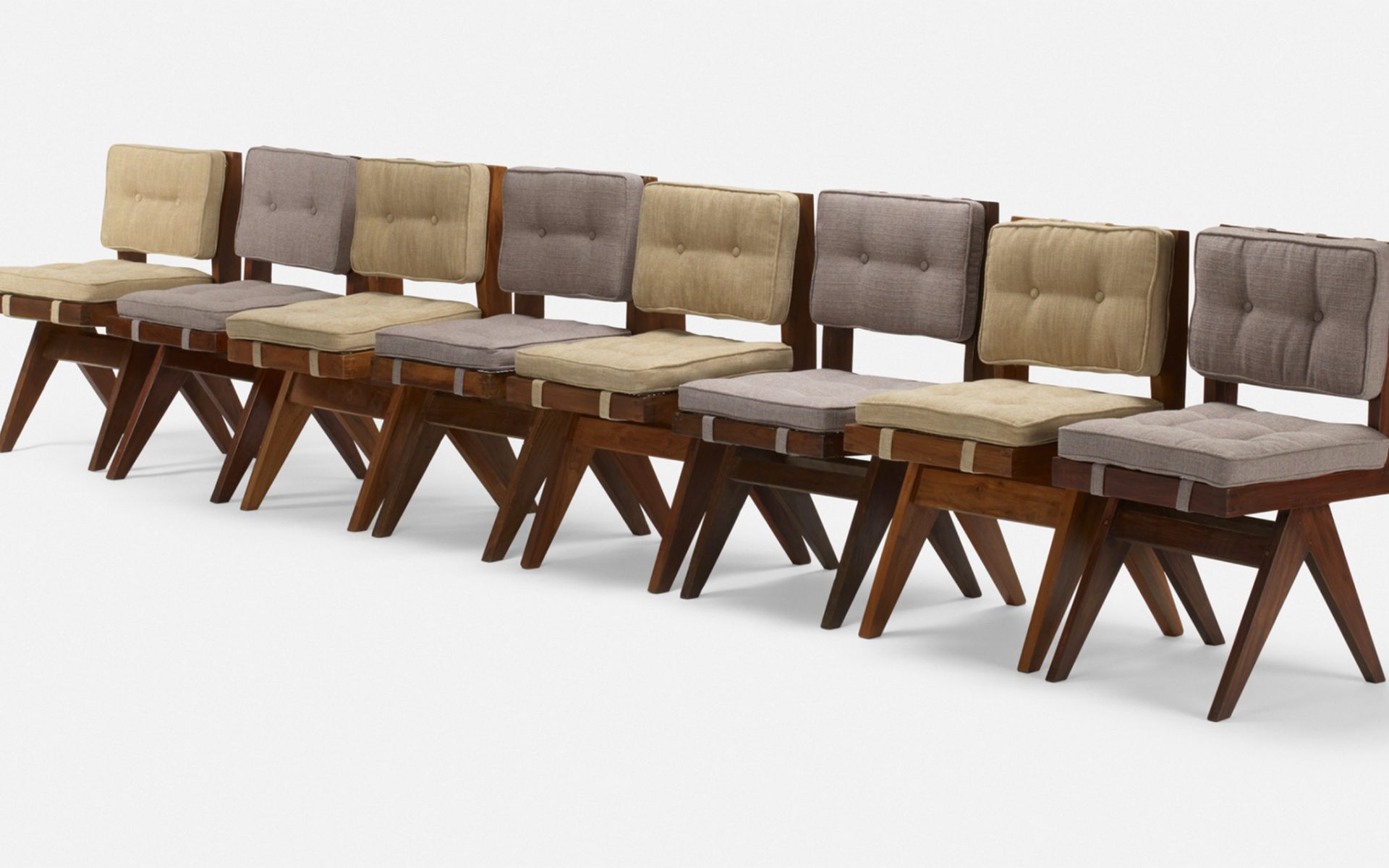 A set of eight dining chairs by Pierre Jeanneret which sold for $40,000 at Wright's Important Design sale.
Photo: Wright

This morning Wright, a Chicago-based auction house specializing in modern and contemporary art and design, presented Important Design, an auction offering the works of some of the most influential designers, artists and architects of the 20th century — Frank Gehry, Isamu Noguchi and Leo Amino among them.

The auction included a veritable trove of works by Amino, all from the collection of Emanuel and Linda Wright, who owned some 50 pieces by the artist, including three pieces by Amino that they donated to the Smithsonian American Art Museum. Surprisingly, some works by big names in design including Noguchi, Ron Arad, Gio Ponti, and Jean Royère failed to find buyers.

Below, we take a look at 6 interesting pieces that sold at the Important Design auction. The lacquered elm chair from the celebrated designer and architect sold above its $7,000 estimate, going for $10,625. The teak and cane lounge chairs from the Swiss-born designer sold for $16,250.

A collection of 37 issues of Visionaire Photo: Wright

6. A Trove of Editions of Visionaire

This collection of 37 issues of the limited edition art and fashion publication Visionaire, including 20 COMME DES GARÇONS (a 1997 issue with Rei Kawakubo as the magazine’s first guest-editor) sold for $8,750.

Cover: A set of eight dining chairs by Pierre Jeanneret which sold for $40,000 at Wright's Important Design sale.
Photo: Wright
Next Post