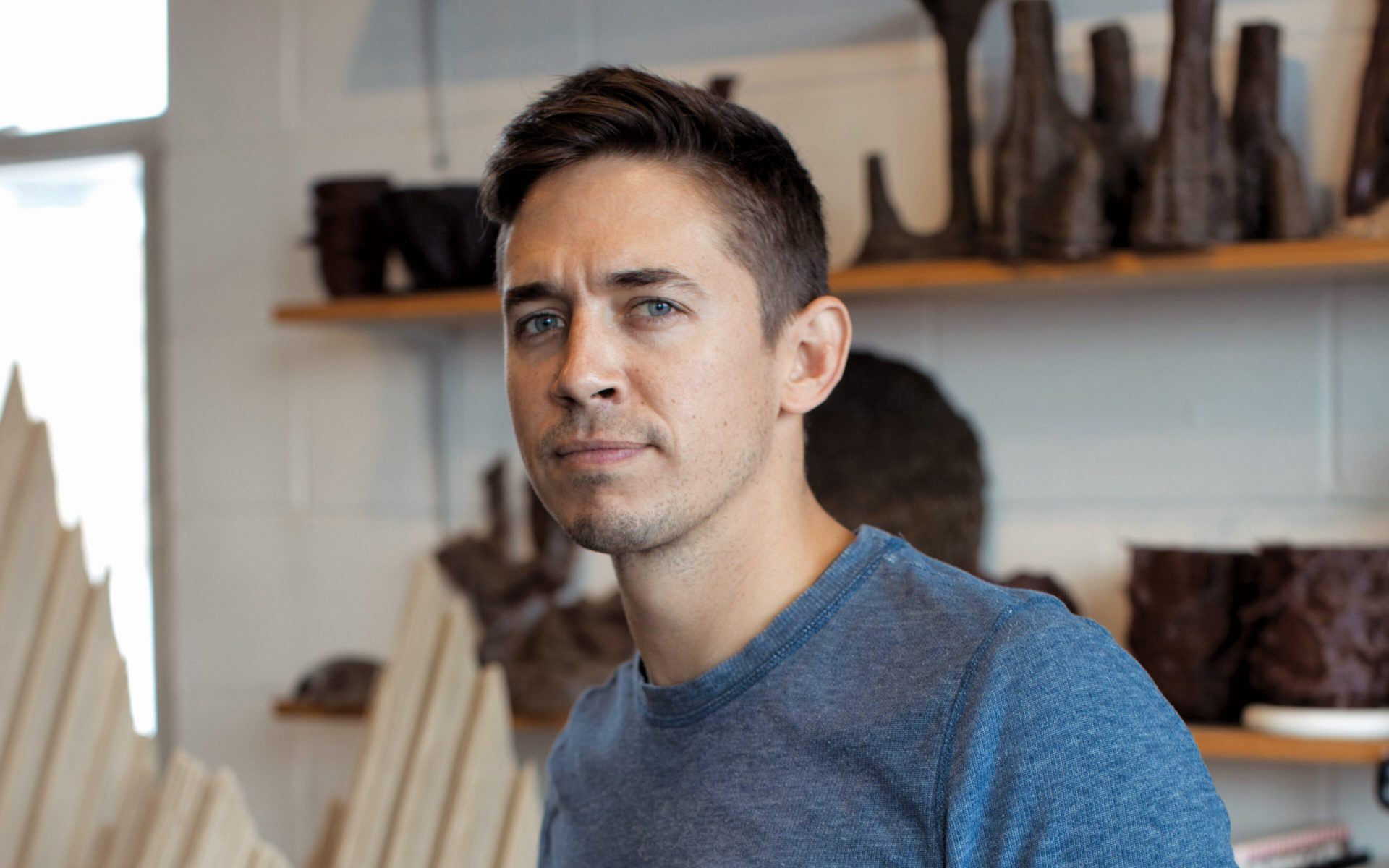 One of his ice-cast bronze side tables. Photo: Tom Gavin

Many creatives cite the natural environment as a source of inspiration, but Steven Haulenbeek takes that quite literally, as his highly collectible range of one-of-a-kind cast-bronze furniture and accessories is the direct result of what, in retrospect, seems like a childish experiment: pouring hot wax onto a frozen puddle outside his Chicago studio, creating a version of lost-wax casting he dubbed “ice casting.”

In the eight years since, his technique has evolved, thanks to a recent investment in what he calls “mega-freezers,” which allow the Michigan native to work year-round creating large blocks of ice that, when carved, act as molds for his ultra-textural, large-scale pieces. “I’ve figured out different ways to pour wax into a cavity to create a vessel or to pour it free form and let it go where it wants,” he says.

The latter technique was used to create a large mirror that debuted at Carpenters Workshop Gallery in January; he is currently at work on a series of occasional tables to be introduced later this year. A version of this article first appeared in print in our 2019 Summer issue under the headline Deep Freeze. Subscribe to the magazine.