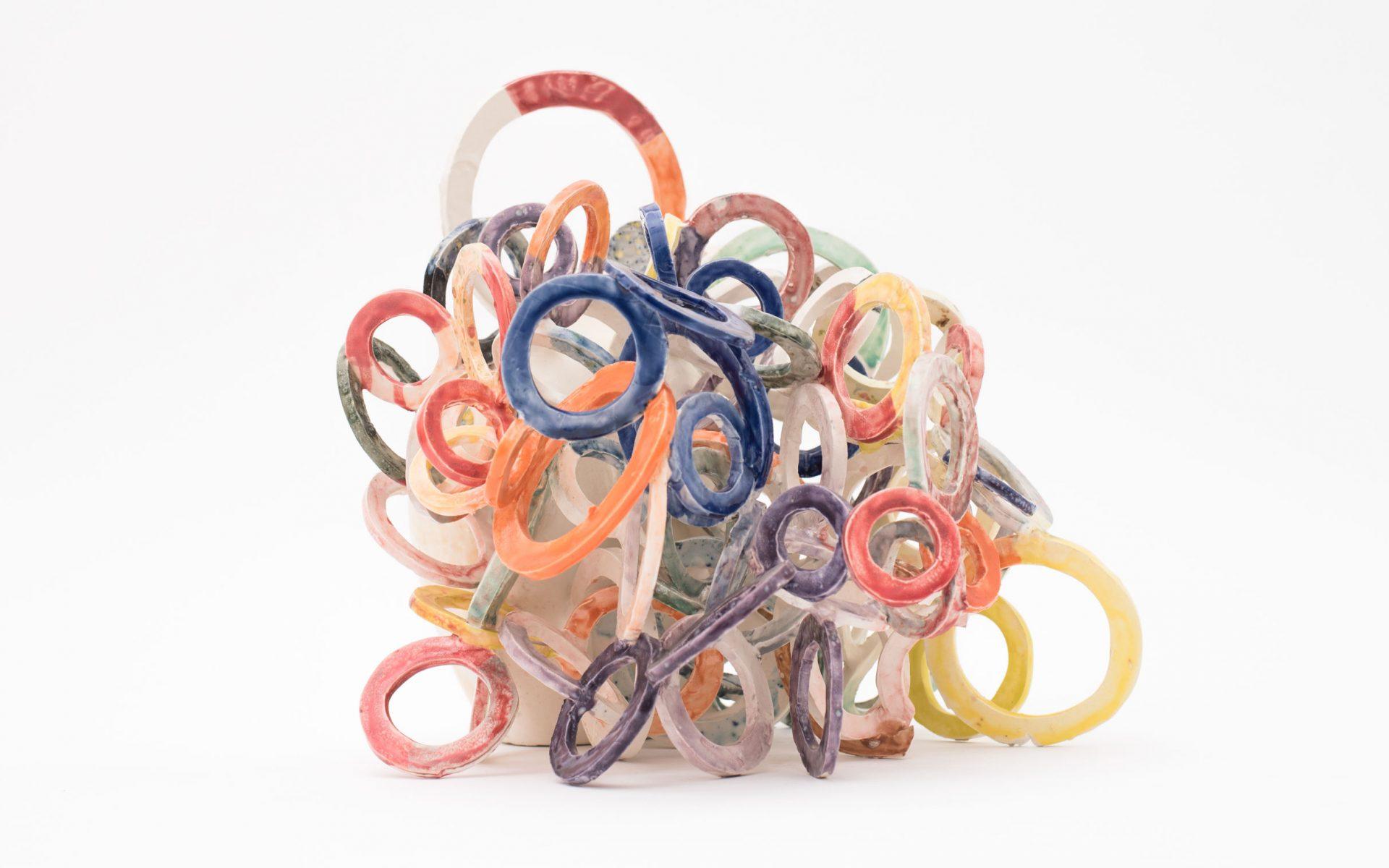 How Mexican-Born Artist Milena Muzquiz Finds Inspiration at the Border Where many artists draw inspiration from pastoral or urban landscapes, Milena Muzquiz takes a different tack with her lacquered ceramic sculptures—the cacophony of the border crossing between Tijuana and California, where, during her childhood, street vendors would peddle Mexican piggy banks and saints.

Muzquiz melds elements of those Mexican crafts with the colors of California’s surf culture into layered works such as Bay Mud Shopping Mall and Rats Beach, Palos Verdes, which she produces at a studio in Guadalajara. “Sculpture has become much more connected to my personal narrative,” says Muzquiz, who grew up in Tijuana before immigrating to the U.S. “I feel very confident with the way I handle clay and therefore freely create multiple stories in a piece.”

Muzquiz is now based in Los Angeles, and her work was recently presented in a solo show at David Gill Gallery in London, her first in the U.K. Many of the pieces, including White Mountain Picnic (2018), nod to Muzquiz’s earliest expression of art: reconfiguring similarly shaped jigsaw puzzles into large assemblages. “That was my first experience of not accepting what was in front of me and experimenting with my own personal language,” she says. “This taught me that I could play by my own rules.” Today, Muzquiz is exploring a new medium—painting—at her studio in L.A. (She still creates her sculptures across the border in Mexico.) “The different stages of drying the oil paint can conduct a movement in the piece,” she says. “It is still all very mysterious to me and exciting to figure out.” A version of this article first appeared in print in our 2019 Summer issue in the section On Our Radar. Subscribe to the magazine.