How This Pastoral Connecticut Town Became an Unlikely Arts Haven

Known as the longtime home of artist Jasper Johns, the charming community of Sharon is attracting a new generation of talent 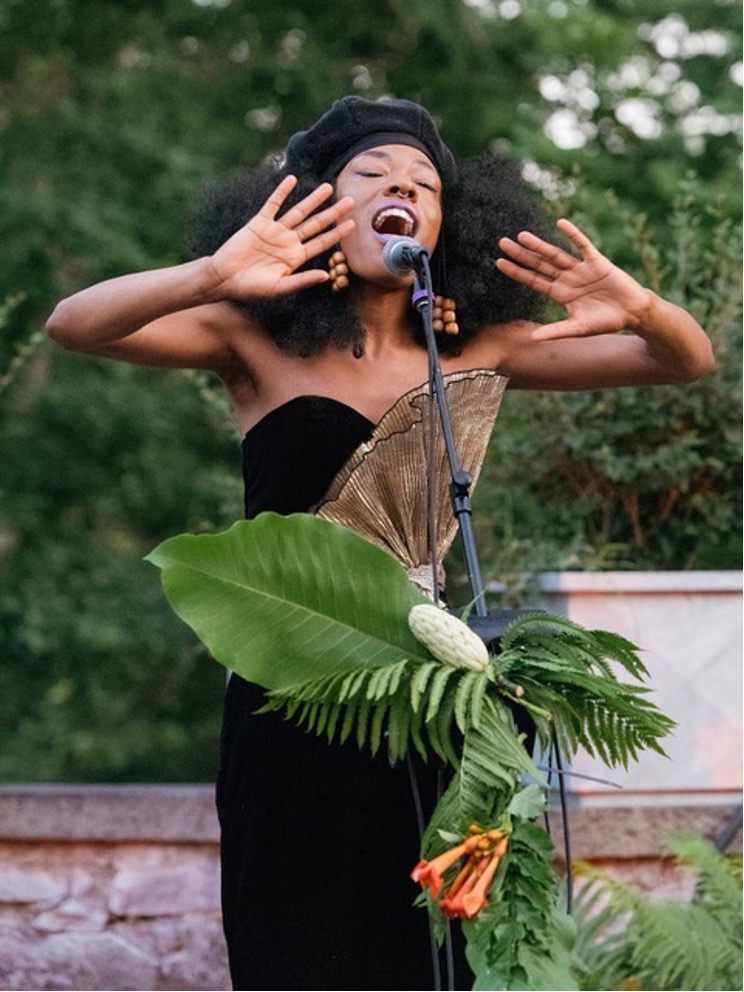 Sharon, Connecticut’s town green is one of those picture-perfect, Norman Rockwell-esque New England scenes. Blink and you’ll miss the diminutive “downtown.” But beyond the charming, small-town core are miles of open farmland, soft, rolling hills, and views that go on and on.

Situated in the northwest corner of Litchfield County, Sharon hugs the New York border and is named after the biblical “Plain of Sharon,” which fittingly translates to “a fertile region.” Yet, although this traditional farming community was incorporated way back in 1739, this year might just be the most fertile yet, thanks to a burgeoning art scene.

Sharon is no stranger to the arts. For years, celebrities flocked to the town (among them Frank Oz, Jane Curtain, Kevin Bacon, Kyra Sedgewick, Michael J. Fox), but traditionally those high-profile stars came to enjoy the peace and solitude and, mostly, to hide. But recently, in a perfect storm of creativity and collaboration, Sharon is breaking free from its shy self and boldly taking its well-deserved place in the art world. 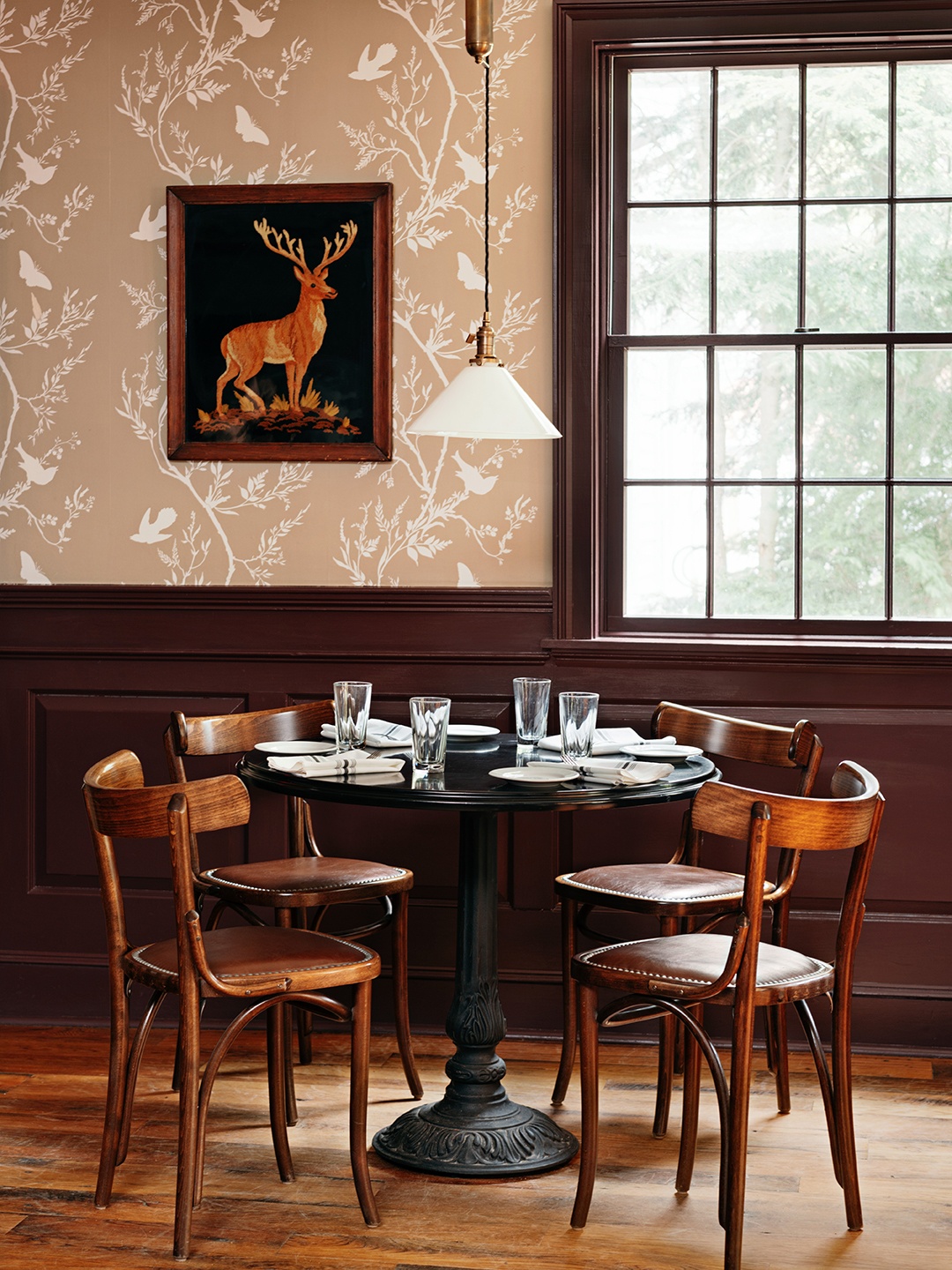 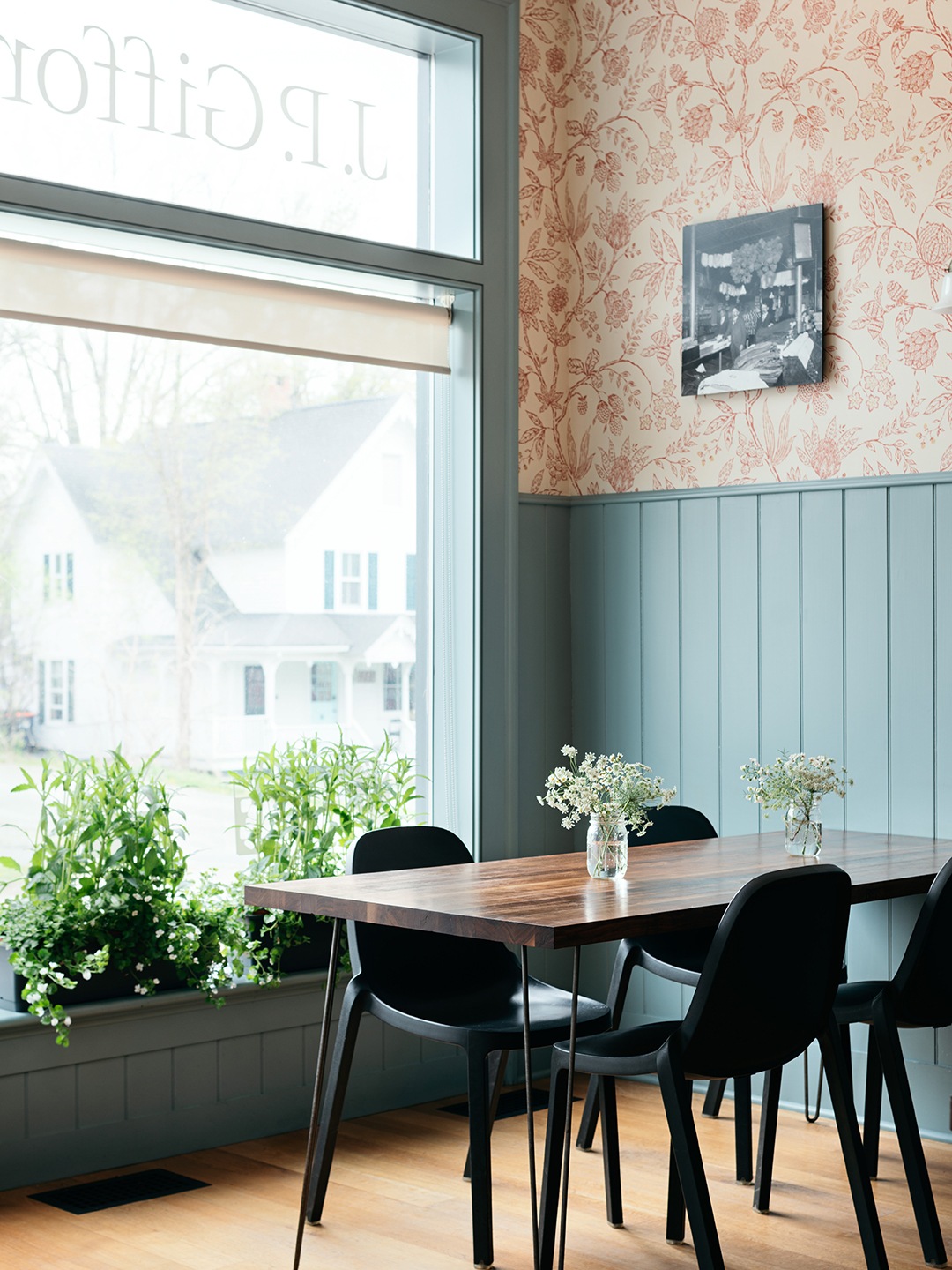 In the 1990s Jasper Johns, arguably one of the most famous (and private) living American artists, bought nearly 200 acres in Sharon to seek refuge. As the New York Times reported “His friends say that he prefers to wake up in his own bed in Sharon, Conn., amid the familiarity of his rambling country estate, to eat tomatoes and lettuce he picks from his garden, to know that he is no longer a guest.” John Elderfield, formerly the Chief Curator of Painting and Sculpture at the Museum of Modern Art, referred to Johns as “the hermit of Sharon.”

In what may become the town’s biggest claim to fame ever, Johns announced (according to town meeting notes) that after his death, the property will transform into an artist community where up to 24 artists would, “live, eat and devote themselves to the private study, practice, and development of their work. They would have communal meals, in the existing main house and shared common spaces that would foster a sense of community among the artists.” 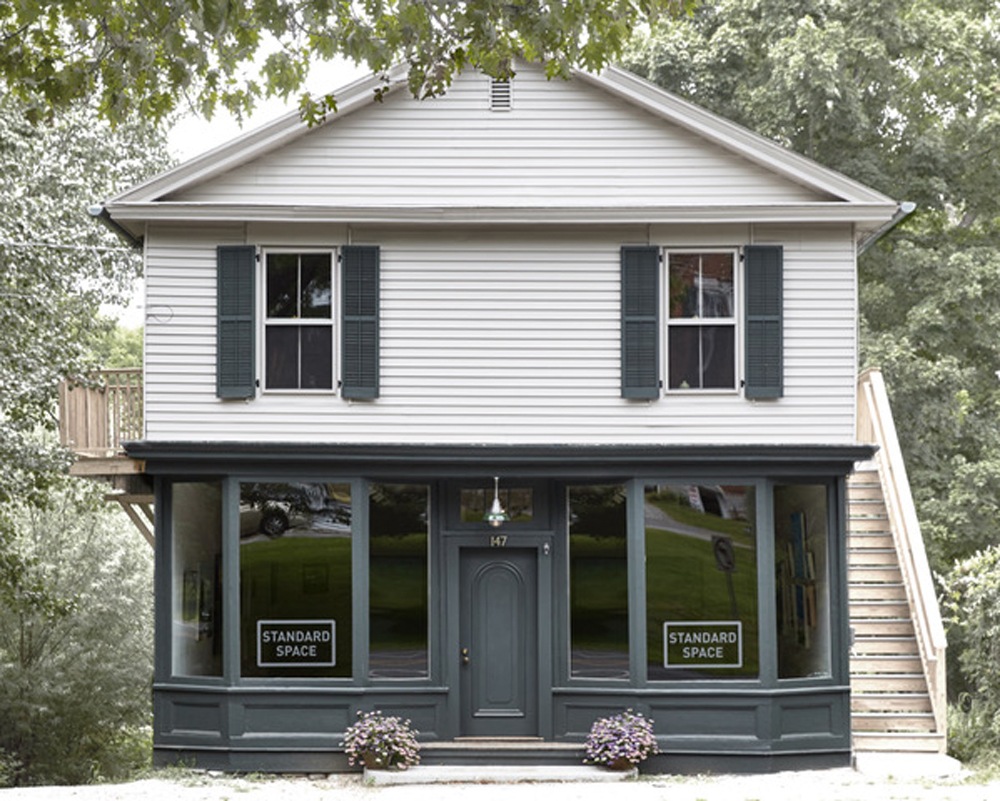 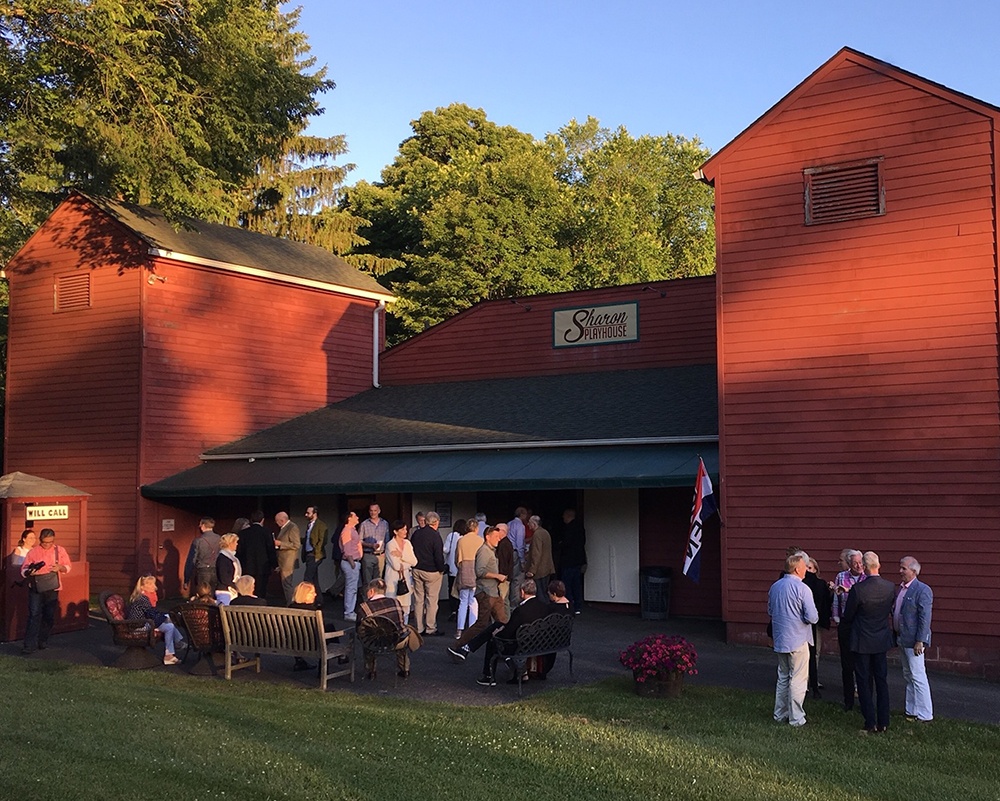 Flash forward more than two decades from when Johns first moved to Sharon, and now the most popular cell phone number in town doesn’t start with (860) but (917).

For years, Sharon seemed to miss out on the growth of the surrounding towns such as Lakeville, Salisbury, and Kent. Sharon sits at the epicenter of prestigious academic institutions, and it’s closer to the Metro-North train to New York City and the main roadways north and south than other towns. And yet, Sharon remained silent and, some may say, stagnant for years. Until now.

The one thing each and every enthusiastic Sharon resident claimed as the secret to their success is the incredible collaboration of the community. The residents (both old and new), the town authorities, the stores and restaurants, and the creatives have all banded together. 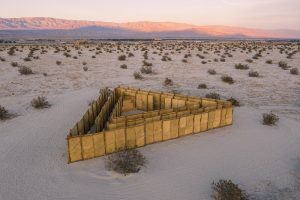 In an unplanned and incredibly fortuitous move, photographer Theo Coulombe transplanted from Brooklyn four years ago and now runs the very successful Standard Space art gallery on the town green. “There is not a day that goes by that I don’t feel Jasper Johns presence in Sharon,” he tells Galerie. When the pandemic struck, Coulombe projected local films in his gallery windows for socially distant viewing.

Beyond owning and renovating many buildings on the town green into their office and a wine bar, this spring, the practice is sponsoring four artists: local Jean-Paul Philippe, Shantell Martin, Kirby Crone, and Hollis Churchill to create public art murals on the sides of their office, cafe, barber shop/cafe buildings, and a pop up. Churchill exclaimed, “We are literally putting the writing on the wall. Sharon is different now. Things are changing!” 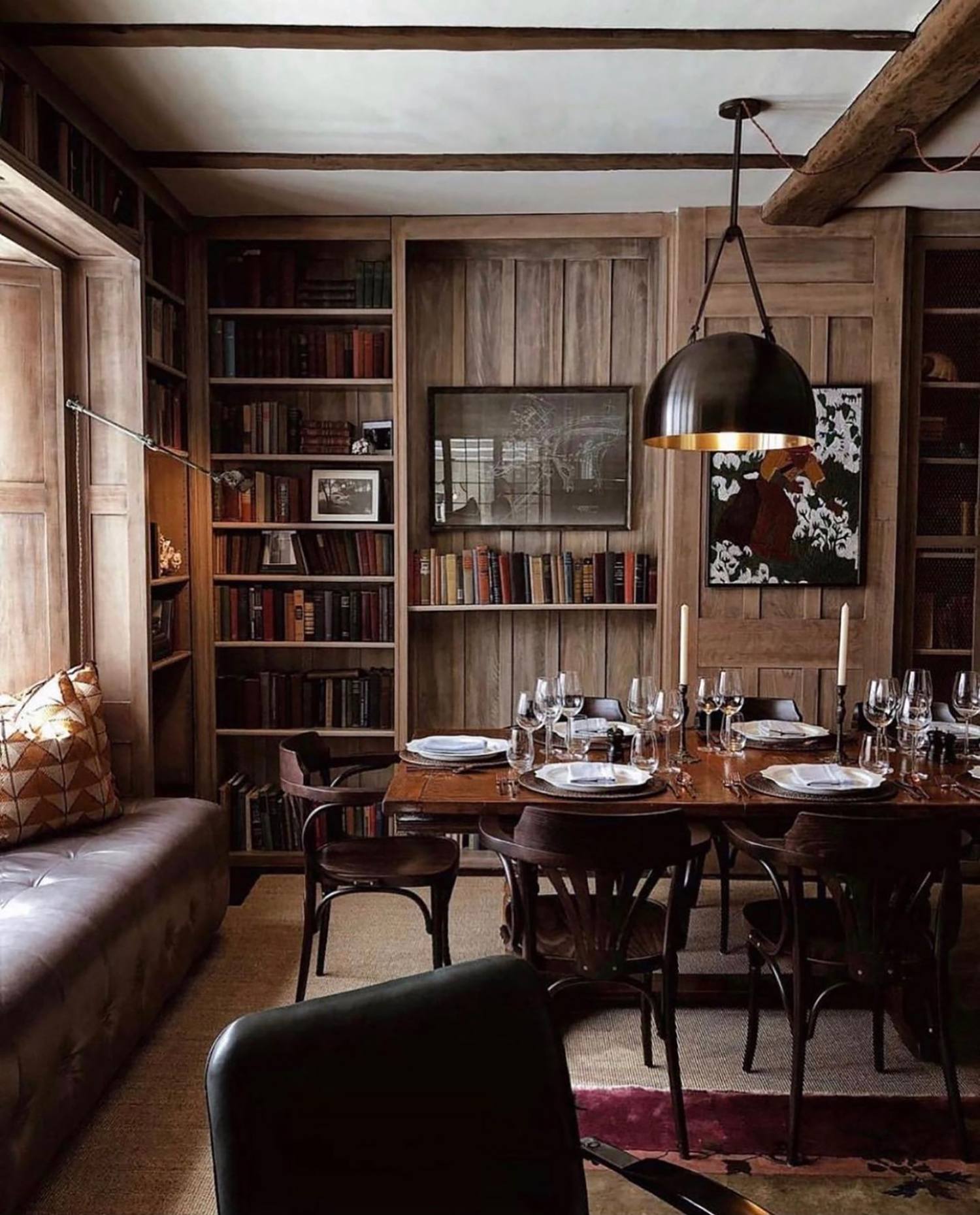 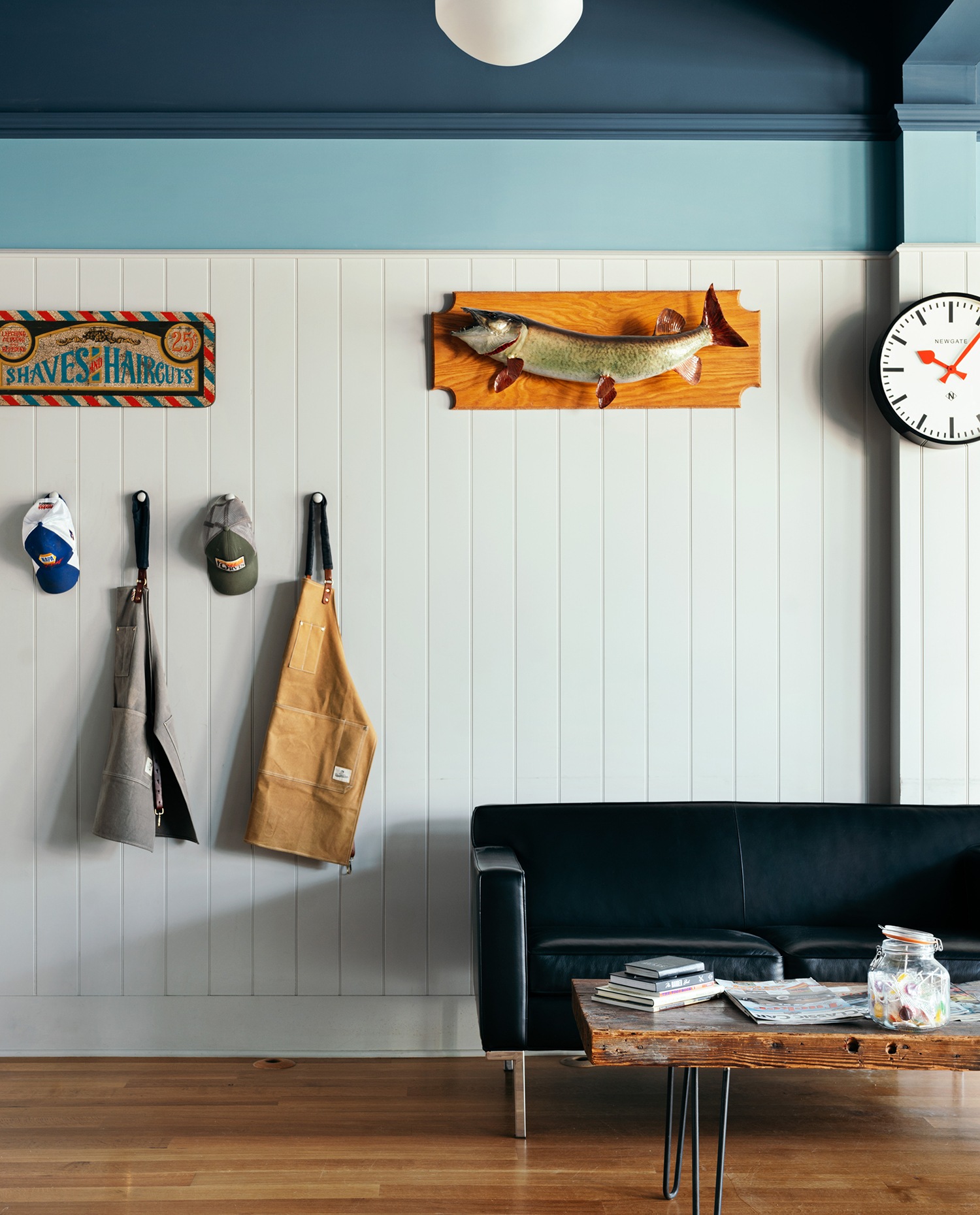 Former Manhattanites Robert Levinstein and Alan M-L Wager run the Sharon Playhouse. With their overflowing vigor, energy, experience, and passion, the pair are raising the red barn theater to new heights. They described the Playhouse, which has been in its location since 1954, as “a theater for the community not a community theater.”

Beyond their regular seasons and the recent development of a youth education program, they host cabarets after each show. The cast is given a sign-up sheet and can sing anything they desire. Theatergoers wander over after a show, locals can attend whenever they desire, and everyone can join in these impromptu shows if they are so inclined.

Levinstein and Wager said the collaboration and support of the town are what makes Sharon set to soar. Levinstein added, “People see the new developments in town and realize this is what they’ve always wanted or, maybe even, they didn’t always know they wanted it but they’re very happy it’s here.”

Experiential artist and activist Molly Gochman moved to Sharon this past year. “I credit the Wassaic Project for welcoming me into the area and showing me that there are artists and art enthusiasts sprinkled throughout these towns and their beautiful landscapes,” she tells Galerie.

The Wassaic Project, located in the town directly to the south of Sharon just across the New York border, is a wildly popular nonprofit that hosts artists-in-residence. Its mission is to use “art and arts education to foster positive social change.” Its magnetic draw proves to entice creatives to come to explore their beautiful surroundings. 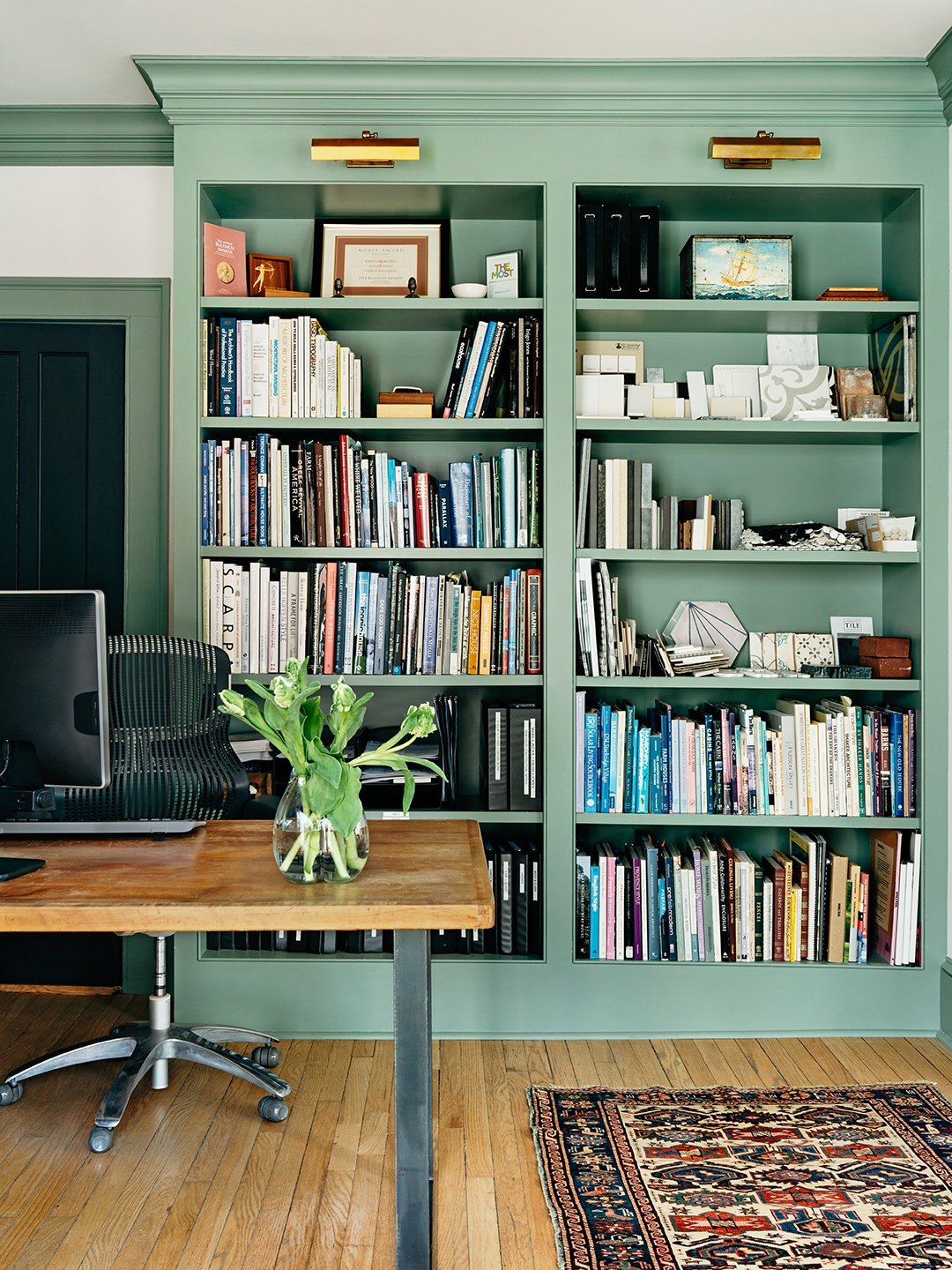 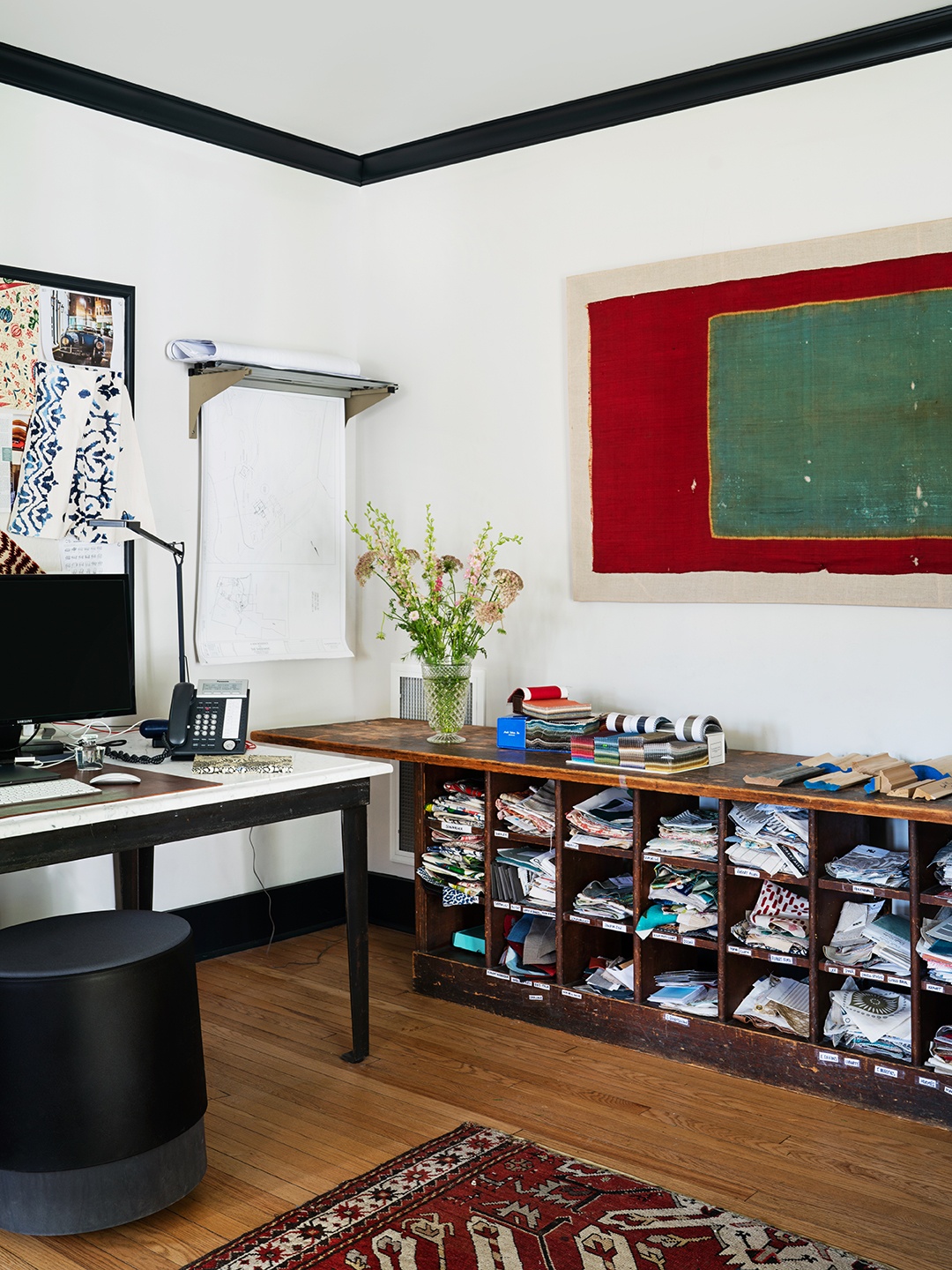 Similarly, blurring the town lines between Amenia and Sharon, the historic, 250-acre luxury resort, Troutbeck, was once a private estate that hosted Mark Twain, Henry David Thoreau, Ralph Waldo Emerson, Sinclair Lewis, Ernest Hemingway, Supreme Court Justice Thurgood Marshall, and President Theodore Roosevelt, to name a few. Charlie Champalimaud, Troutbeck’s Director of Programming, curates art shows and movie screenings throughout the year. Some of the most recent were a show of Winfred Rembert’s moving paintings, a screening of Laurie Simmons’s film My Art, a sprinkling of Caroll Dunham’s provocative paintings throughout the dining room, and the Sudan Archives performance on their grounds.

Champalimaud reflected, “This area has always had a rich and deep culture and tradition unique to itself. There is just something here that historically manifested.” It is that special character of the area that is the fertile ground on which Sharon was founded. “We are all about supporting the community,” adds PR pro Victoria Hood, who also assists in curating the Troutbeck shows. “Why get a fancy artist from New York City when we have such talent here?” 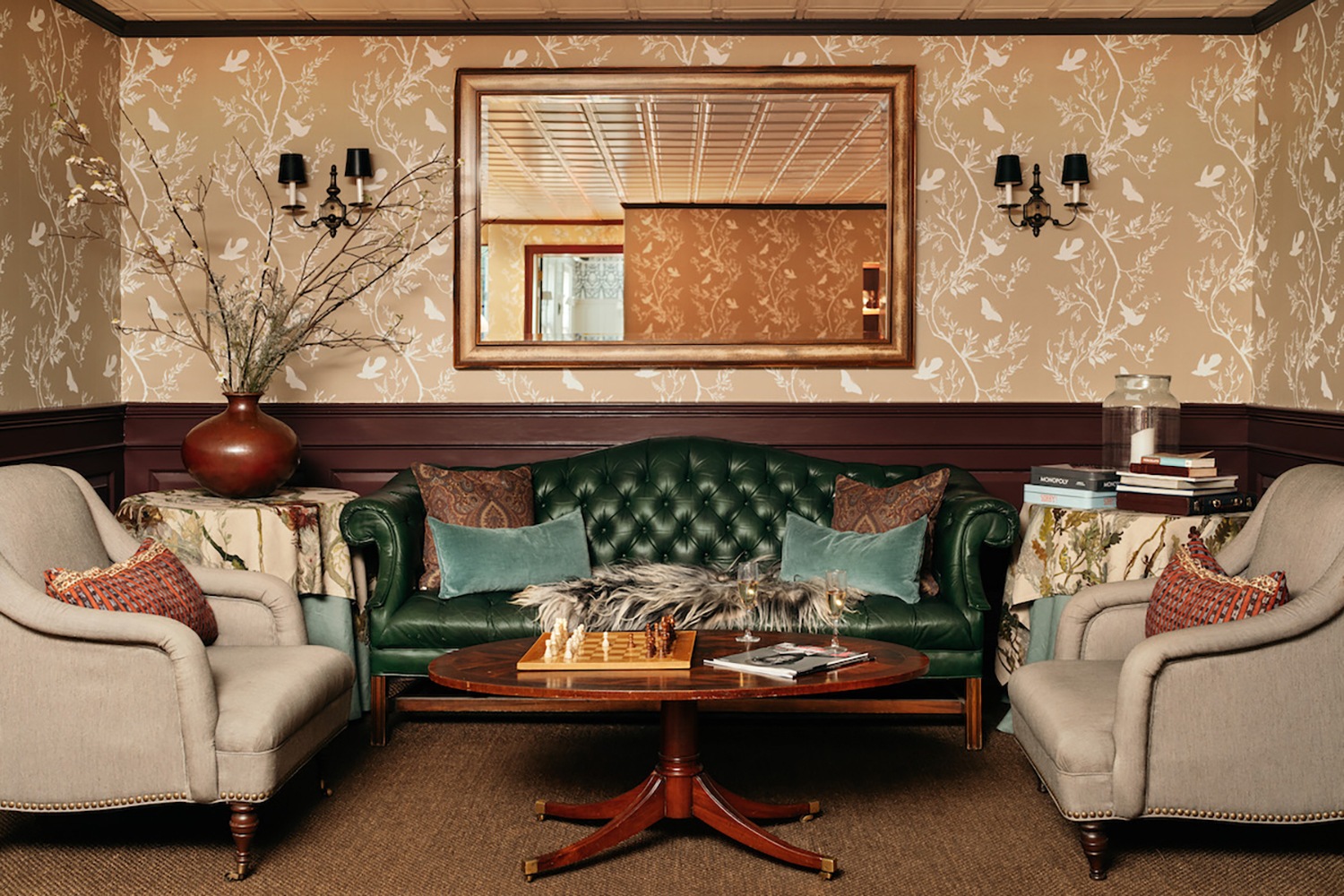 Broker Elyse Harney Morris, who owns local firm Elyse Harney Real Estate, is a natural cheerleader for her charming corner of Connecticut. She beams, “The heightened interest in our coveted Litchfield Hills this past year has beautifully enhanced and diversified our longstanding network of talented artists. We live in a geographic region that naturally inspires artistic expression and in turn highlights all of the different aspects of life that we so treasure here.”

In reflecting on Sharon’s burgeoning art scene, local photographer Jeannette Montgomery Barron mused, “Sharon has great bones. It’s a beautiful town with so much potential, I don’t know why it has taken so long to happen.” Her husband, gallerist James Barron added, “I always say, ‘united we stand.’ It’s all about collaboration and cross-pollination here. It’s not about outshining this person or worrying why that person outshines me. All the projects here are really different and together we’ve built something really beautiful.”