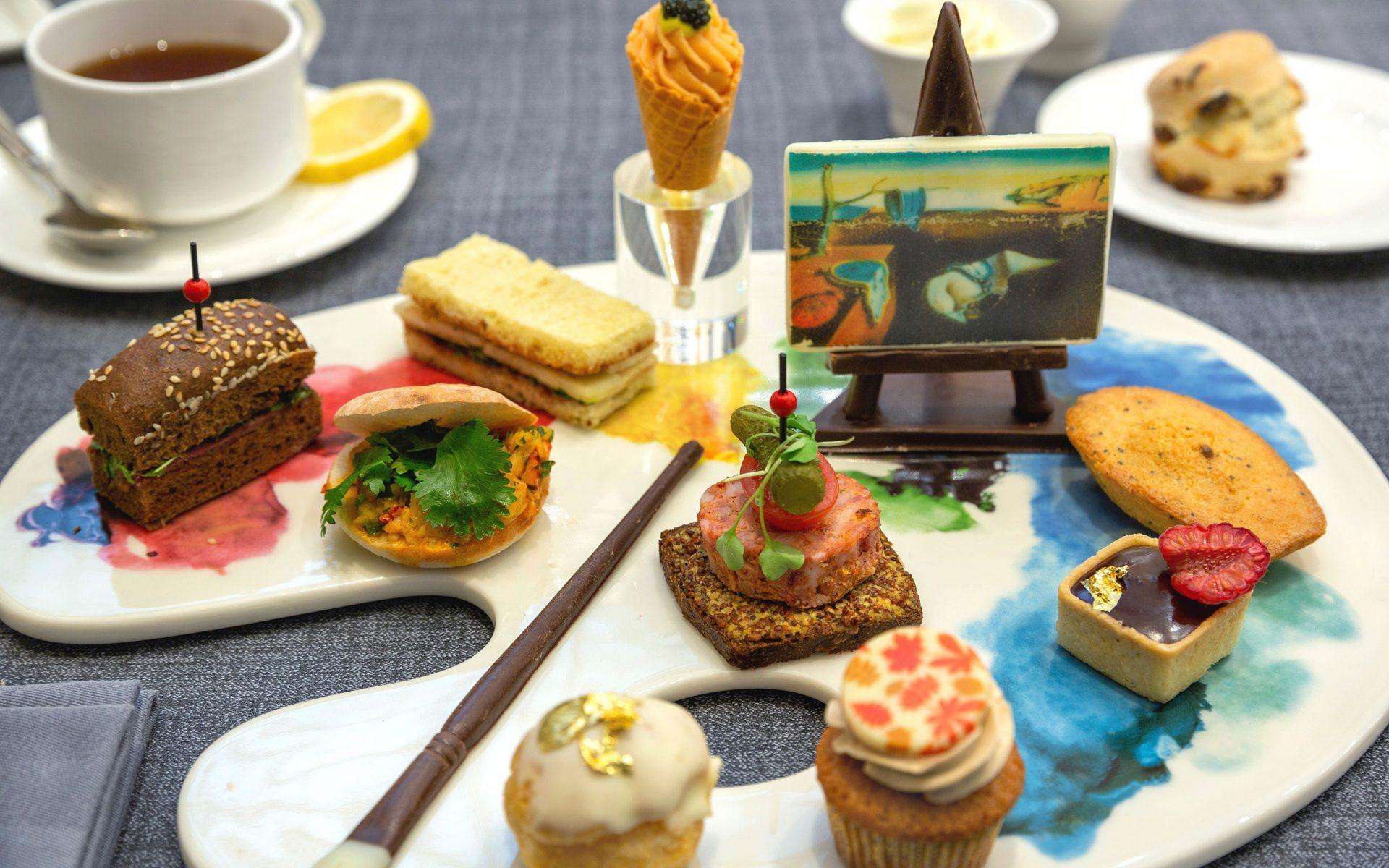 Like the Alaskan salmon that return to the same steam every year to spawn, Spanish Surrealist master Salvador Dalí was drawn almost magnetically to a special place whenever he was in New York: the St. Regis Hotel.

Starting in the late 1930s, the artist and his wife, Gala, spent many autumns and winters in the famed hotel’s suite 1601, often joined by their adorable pet ocelot, Babou. Now the landmark hotel’s famous Astor Court is introducing a special tea service inspired by the artist, who was known to enjoy a leisurely afternoon there with his friend Andy Warhol.

The Dalí Tea—which the hotel is launching today—is served on a ceramic artist’s easel complete with colorful glazed splotches where the paint would be. Several of the inventive items take cues from the Dalí’s works, including a smoked salmon mousse in a tomato-flavored cone with saffron cream and caviar, inspired by his 1970 sculpture Ice Cream Van. Additionally, a mango and lobster salad riffs on his iconic Lobster Telephone, an edition of which was recently acquired by the National Galleries of Scotland for nearly $1 million, while a lemon-poppy-flavored madeleine takes its citrusy cues from Life with Two Lemons. The service also comes with a miniature replica of The Persistence of Memory rendered in chocolate (served with milk chocolate brushes).