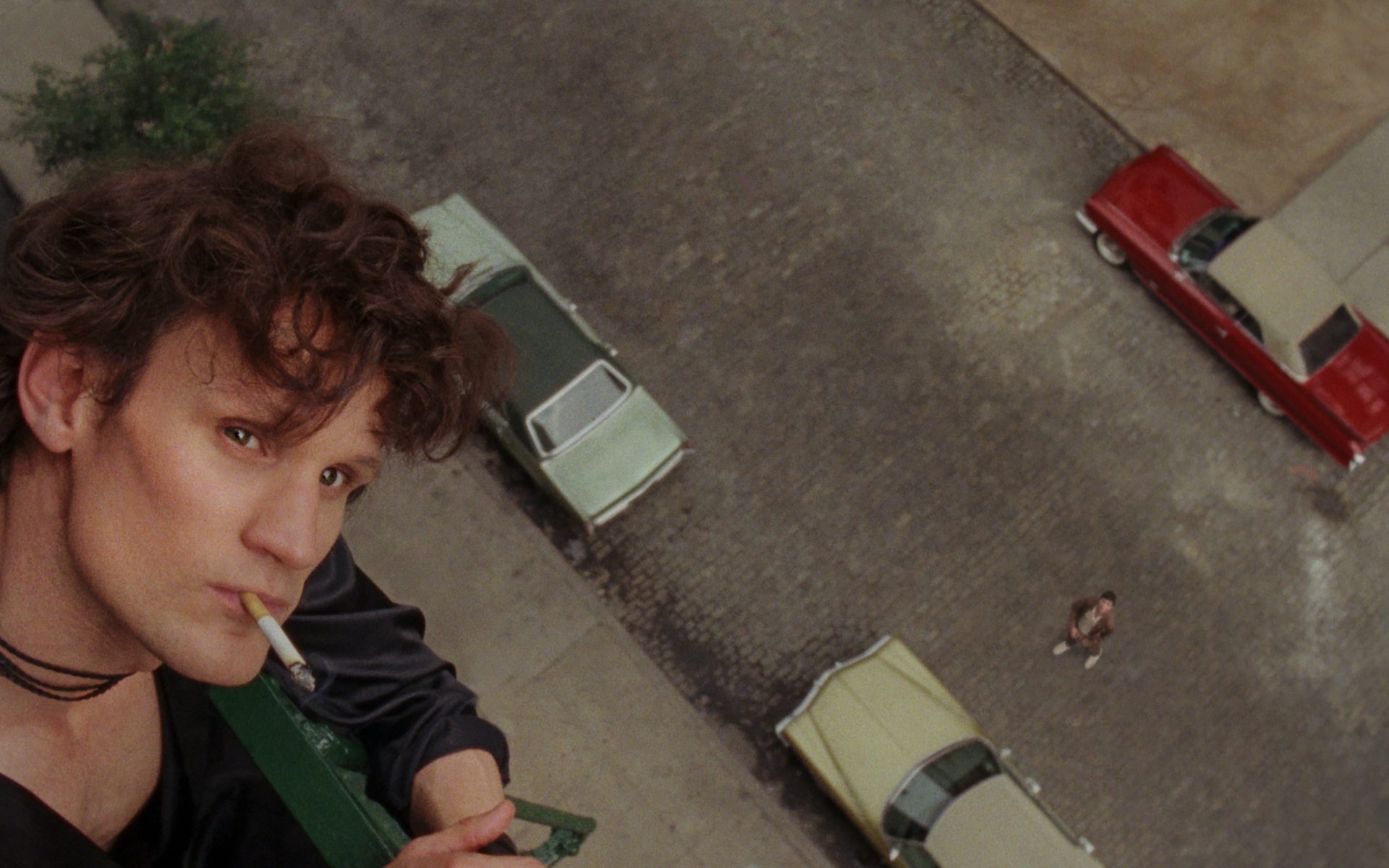 Starring Matt Smith as the provocative photographer, the film has spawned a pair of companion exhibitions at the Guggenheim Museum

Matt Smith, who was nominated for an Emmy for his role as Prince Philip, Duke of Edinburgh in Netflix’s hit series The Crown, embodies the late photographer Robert Mapplethorpe in a gritty new biopic directed by Ondi Timoner, a two-time winner of the Sundance Film Festival’s Grand Jury Prize. Mapplethorpe pulls no punches in its depictions of his complicated relationships, often-explicit oeuvre, and premature death due to AIDS-related complications in 1989. John Benjamin Hickey (The Good Wife), Brandon Sklenar (Vice), and relative newcomer Marianne Rendón costar as some of the other integral characters in the photographer’s life, Sam Wagstaff, Edward Mapplethorpe, and Patti Smith, respectively. A scene from Mapplethorpe, which was nominated for two awards at the recent Tribeca Film Festival. Photo: Courtesy of Samuel Goldwyn Films

Simultaneous to the film’s March 1 release, the Guggenheim mounted “Implicit Tensions: Mapplethorpe Now,” a two-part exhibition on view through July 10 and then again from July 24 to January 5, 2020. The show displays many of the 200 photographs and objects gifted to the museum in 1993 from the Robert Mapplethorpe Foundation. “Implicit Tensions: Mapplethorpe Now” is on view at the Guggenheim Museum through July 10. Photo: David Heald

The first segment presents the full range of Mapplethorpe’s work, including a number of the artist’s original Polaroids, collages, nudes, flower photography, and best-known self-portraits. The latter installment will show pieces by contemporary artists such as Rotimi Fani-Kayode, Lyle Ashton Harris, and Glenn Ligon, whose modern-day portraiture was influenced by Mapplethorpe’s groundbreaking images. A version of this article first appeared in print in our 2019 Spring issue in the section The Artful Life. Subscribe to the magazine.