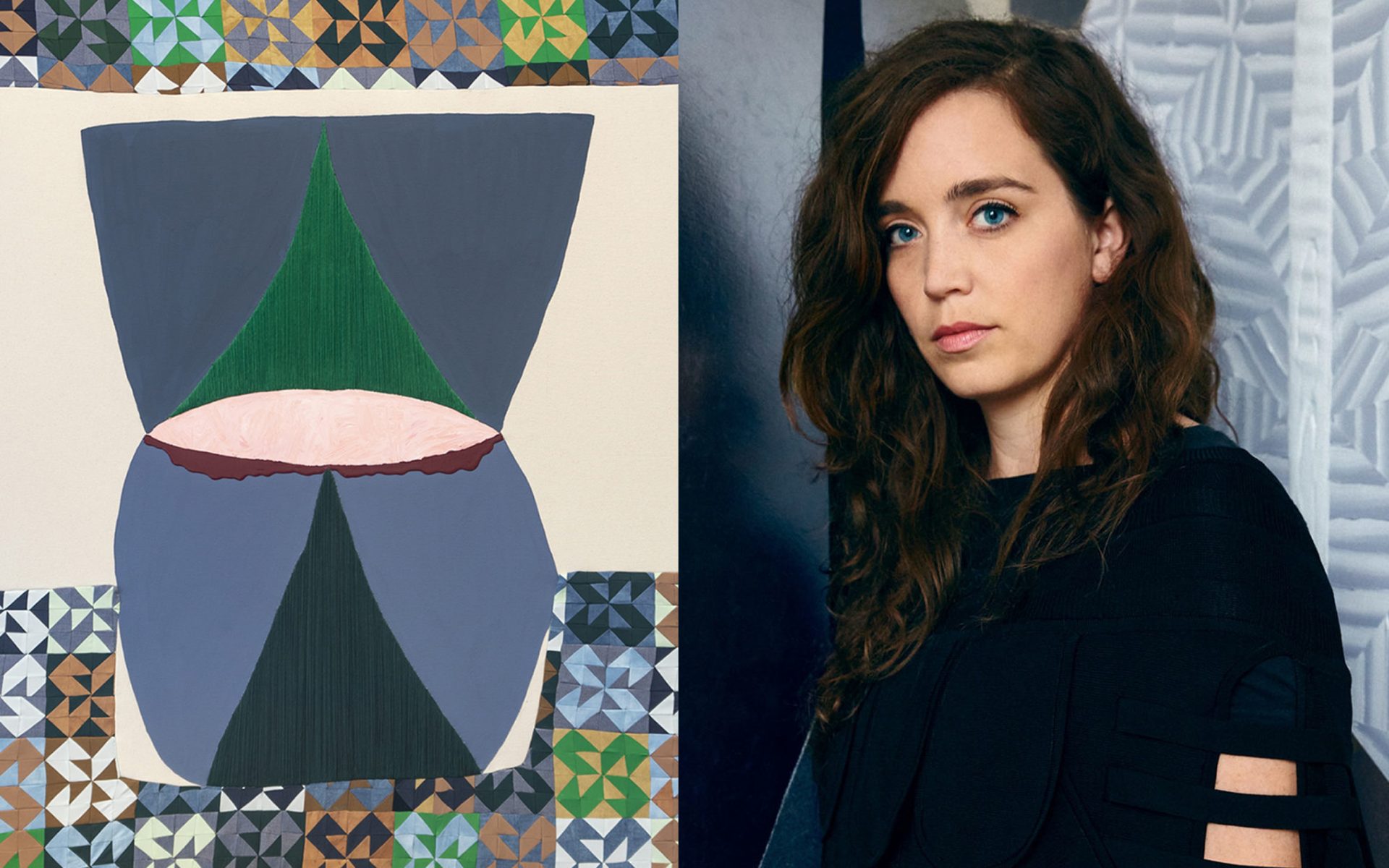 Meet Amanda Valdez, the young talent who recently caught Galerie‘s eye with her vivid textile paintings at Denny Dimin Gallery. Though her studio is in Brooklyn, Valdez has worked around the globe carrying on the traditions of her feminist role models. Curious to learn more about her work, Galerie recently engaged Valdez in a Q&A. Here are the three standout qualities that are keeping her on our radar.

1. Her work builds on that of her feminist role models. Valdez is inspired by the progress of female fiber artists like Anni Albers, Magdalena Abakanowicz, Sheila Hicks, and Louise Bourgeois. “Years ago, materials and styles of making were assigned meaning,” Valdez says. “Objects made by women, people of lower economic conditions, and nonwhite men were deemed of lower value, while paintings with oil and canvas were assigned the highest value. I use the work of feminist artists before me and the ground they carved out as the platform for my own freedom to use diverse materials.”

2. She’s driven. Her education began at the School of the Art Institute of Chicago and brought her as far as the Netherlands, where she studied at Utrecht University. But New York City was a different animal. “New York made a professional out of me,” the artist shares of her transition to the booming metropolis, where she earned an MFA from Hunter College. “I’ve never wanted a backup plan, so I had to acquire the skills to be sustainable.” Since then, Valdez has earned her place in a different residency program each year, including the MacDowell Colony in New Hampshire and the Joan Mitchell Foundation in New Orleans, and has been a visiting critic at Parsons School of Design and the School of Visual Arts in New York. 3. She’s rethinking traditional techniques. Valdez has been incorporating textiles into her paintings for years, but it wasn’t until earlier this year that she made a foray into weaving. She partook in the New Roots Foundation residency program in Antigua, Guatemala, where she spent seven weeks learning how to weave and ultimately created Full Tanit, the ambitious, large-scale work that was the centerpiece of her show at Denny Dimin. She worked with the same mill where her role model Sheila Hicks had developed her installation for the 2017 Venice Biennale. About that experience, Valdez says, “I am beyond lucky to have collaborated on this piece with them.”

What’s up next: A 2019 solo exhibition at the Landing Gallery in Los Angeles—Valdez’s largest to date.