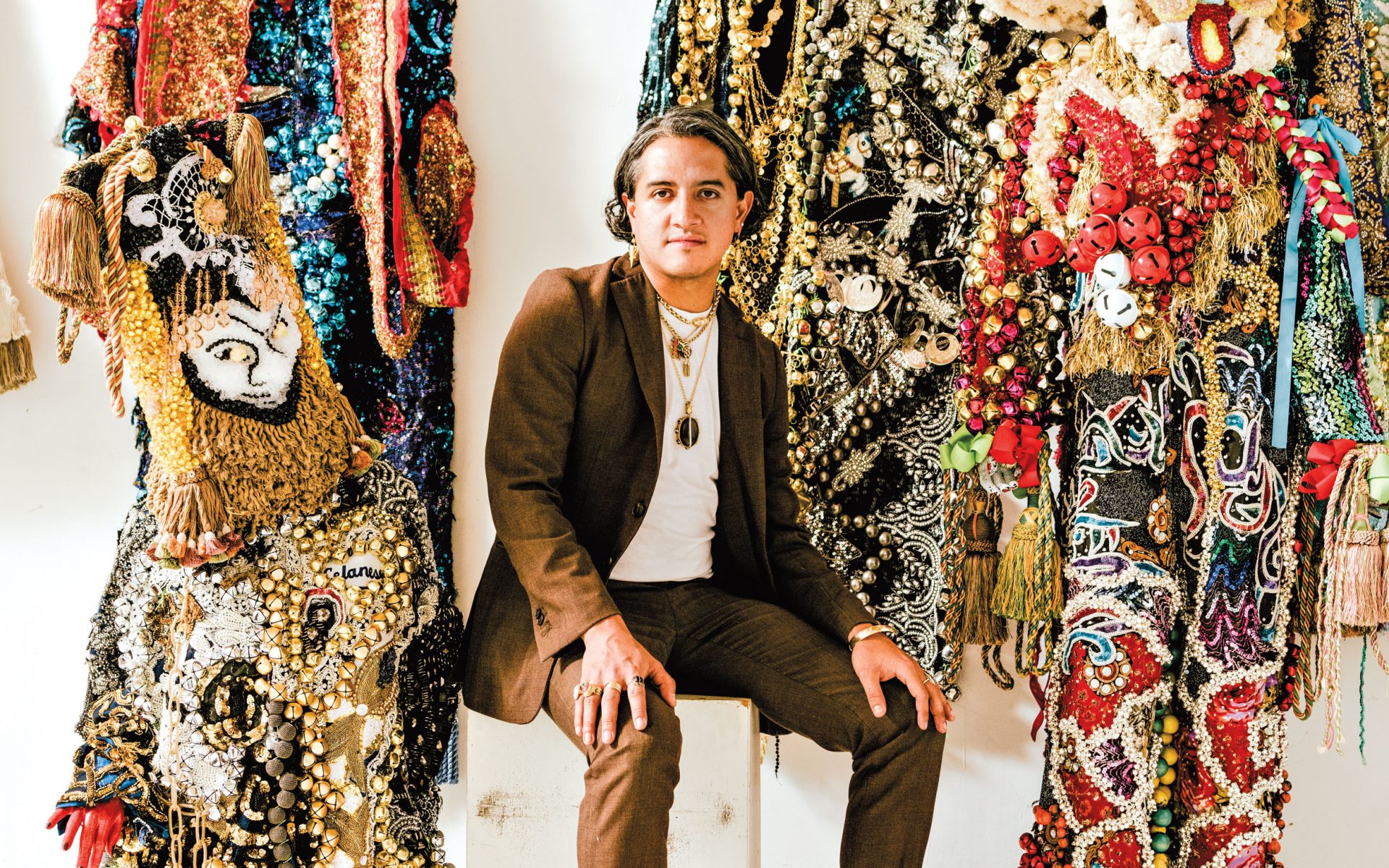 The Mexico-born New York artist Raúl de Nieves is known for his fantastical, anthropomorphic figures and bedazzled wall pieces composed of glittering beads, sequins, curtain tassels, and costume jewelry. “My works are like this über-fantasy of the inner self and a celebration of what we can be,” he says.

De Nieves currently works from a studio in Brooklyn, where he prepared for his first museum solo show, at the Cleveland Museum of Art, on view through April 28. The centerpiece is Day(Ves) of Wonder (2007–14), a three-foot-tall, bead-encrusted dancing figure in platform boots that took him seven years to make. Ten new “characters” crafted from found vintage party dresses surround the figure in a dramatic, quasi-ritualistic display. De Nieves moved to the U.S. when he was a child and cites local Mexican artisans as a big inspiration. “I saw how these artists worked with beads or clay or straw, giving them a new form of shine and turning them into something completely different and beautiful,” he says. His first big break was the 2017 Whitney Biennial, for which he created a 50-foot, floor-to-ceiling “stained glass” installation made of just paper and tape.

Most recently, he created one of the most talked-about works at Art Basel in Miami Beach: a life-size carousel called When I Look in to Your Eyes I See the Sun, assembled in collaboration with Bulgari and Art Production Fund and inspired by the mythical figure of the snake in the luxury brand’s Serpenti jewelry collection. “I think art and fashion both have a magical ability to empower and transform,” he says. “In the end, it’s all about personal love.” Raúl de Nieves working on a piece in his studio. Photo: Daniel Dorsa A version of this article first appeared in print in our 2019 Spring Issue under the headline Coat of Many Colors. Subscribe to the magazine.