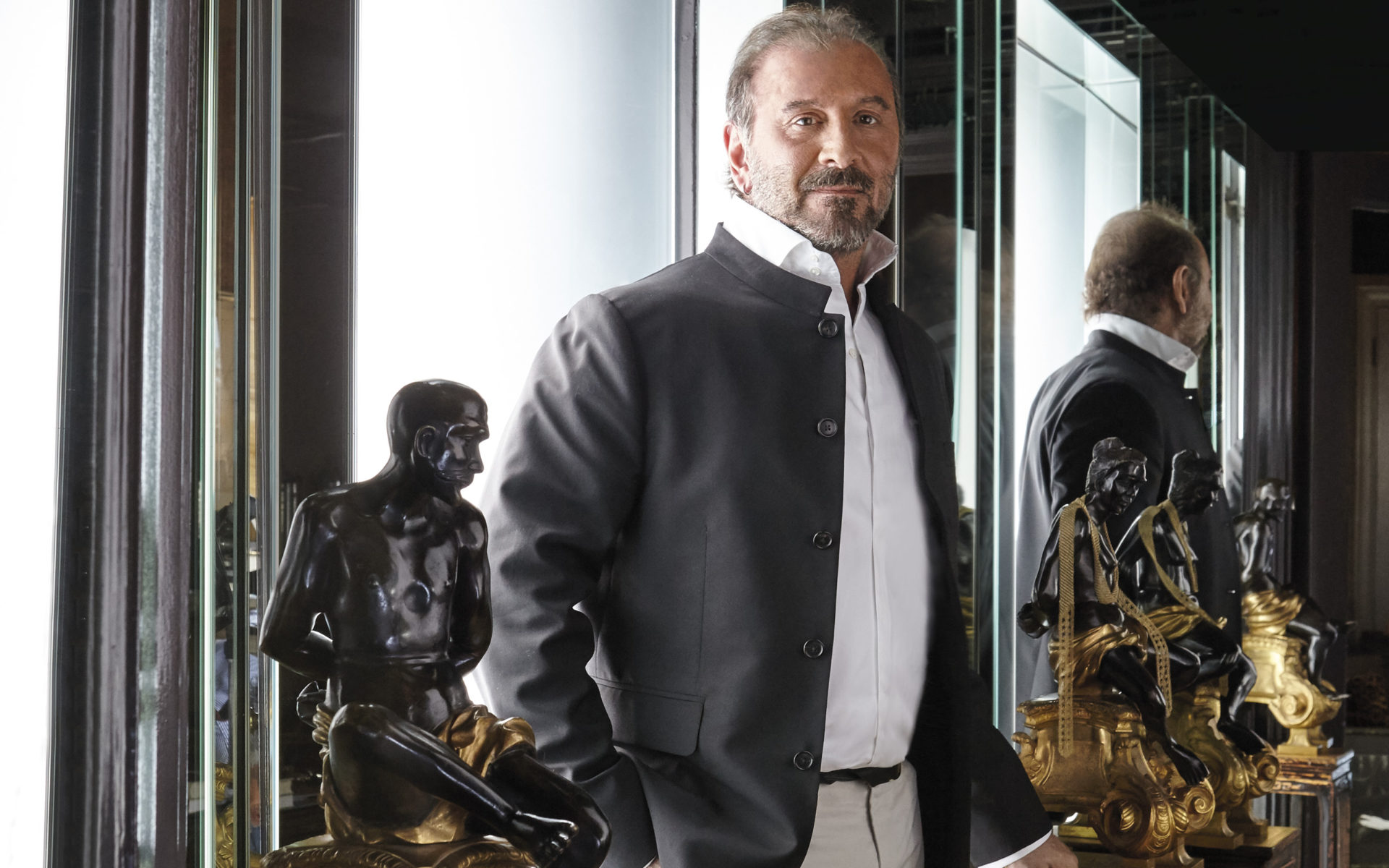 The Story Behind Ralph Rucci’s Most Treasured Artwork

This story begins in December 1993, when Christie’s Monaco devoted an entire auction to objects, furniture, and art from the collection of Hubert de Givenchy. I didn’t yet know him—we are now friends—but I saw the catalogue and was obsessed with a pair of ancient bronze figures. I couldn’t afford them at the time. They were sold to a gallery in Paris—Didier Aaron, I believe. Years went by. I heard that a famous decorator had purchased them for a client’s home. Then they appeared again in another Christie’s auction, this time in Paris, in December 2007—just before the economic crisis leveled us all.

By this point I was constantly studying auction catalogues to find pieces for my home, always on a ravaged hunt for that special something. It was especially hectic at my office the day of the auction, as we were showing a new collection. Christie’s called just after 9 A.M. so that I could bid on the phone. I did, and no one bid against me—a miracle. Now these bronzes flank the doorway to my terrace, like magical Foo dogs protecting me. When I pass them I think of Monsieur de Givenchy, and how they—and he—serendipitously came into my life.