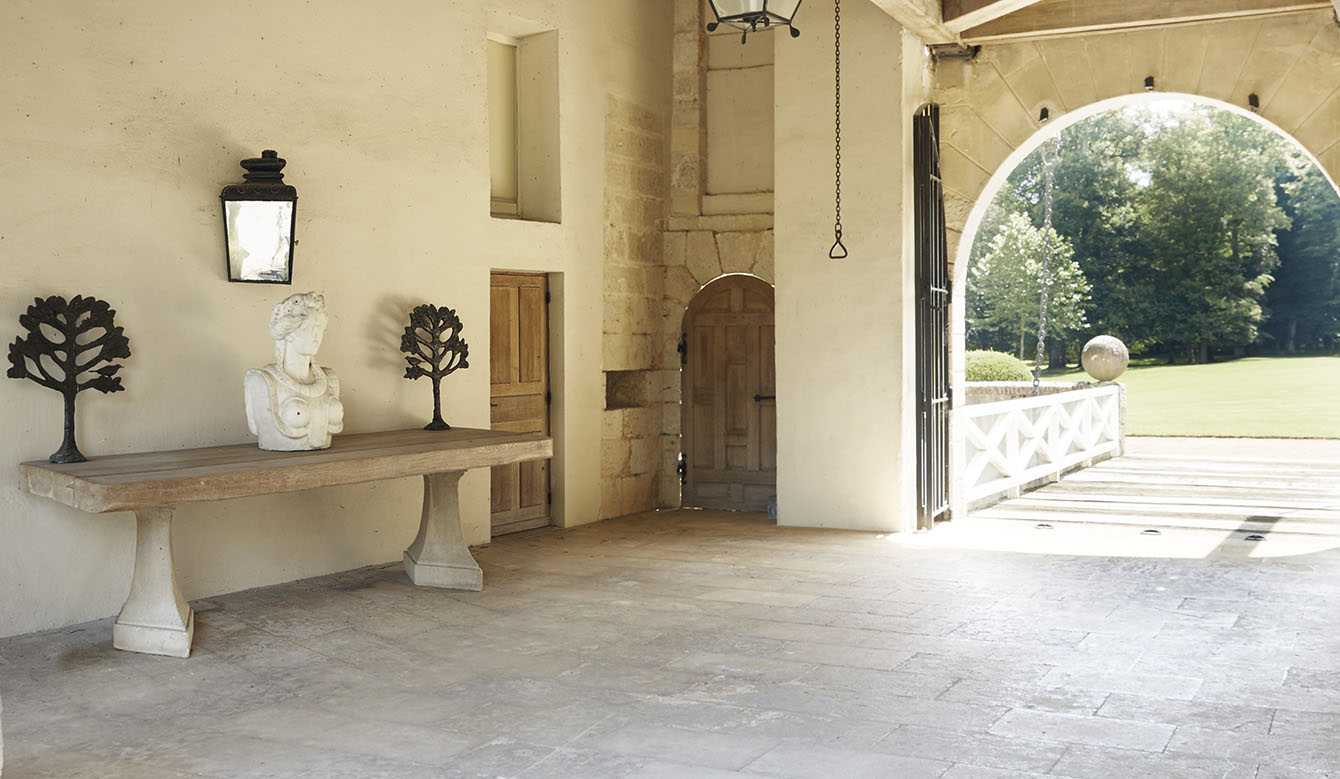 For most people, the name Giacometti calls to mind impossibly elongated bronze figures, roughly modeled and hauntingly thin. Viewed as brooding meditations on the anxiety and alienation of modern life, Alberto Giacometti’s iconic sculptures have commanded some of the highest auction prices ever, including the cast of his 1947 Pointing Man that fetched a record $141 million two years ago. But lately another Giacometti, Alberto’s younger brother Diego, has been making headlines—most recently for a sensational $34.5 million sale of his works from the distinguished collection of fashion designer Hubert de Givenchy this March. All 21 lots at Christie’s Paris—including stools, lighting, candleholders, and his signature tables with whimsical sculptural elements—sold well above their estimates. An octagonal table, featuring an oak top and a bronze base with caryatid figures, set a new auction record for Diego Giacometti, selling for $4.4 million against a high estimate of $843,000. Two Tree of Life sculptures brought $2.9 million and two candleholders with stag heads (a favorite Givenchy motif) fetched $870,000, while a pair of glass-top square tables whose bronze stretchers play host to small dogs went for $1.9 million. “We really started to understand a day or two before the auction that we were going to have exceptional results—that it was going to go mad,” says Christie’s specialist Pauline de Smedt. Because of the distinguished provenance (Givenchy commissioned most of the pieces himself, between the early ’60s and early ’80s), she adds that “it wasn’t just the usual Giacometti buyers. It really was the most important art collectors across categories.”

Diego Giacometti left Switzerland to join Alberto in Paris in 1925, and he spent the next four decades modeling for and assisting his brother, helping to create his plasters and executing patinas for his bronzes. It wasn’t until the 1960s that Diego began focusing on his own work, especially after Alberto died, in 1966. Although his creations share some stylistic similarities with his brother’s sculpture—the lean shapes and sensuously hand-molded surfaces—their spirit is much lighter and more lyrical. Producing furnishings and sculptures on commission, often for friends and acquaintances in the worlds of art and fashion, Diego developed a distinctive visual vocabulary inspired by ancient Etruscan forms and rooted in nature, his unmistakable tables, chairs, and light fixtures ornamented with various flora and a fanciful menagerie of birds, dogs, cats, turtles, horses, deer, and more. At Christie’s Paris sale of Givenchy’s Giacometti collection, this quartet of stools, made around 1983, brought $2 million. Photo: Courtesy of Christie's Images Ltd, 2017

“Until Alberto died, Diego was always his partner, so they can’t really be totally separated—they needed one another, and they were nothing without the other,” notes de Smedt. “But Diego’s creations are totally different in terms of the emotion. Everything in his work is full of dreams—it’s poetic, it’s a fantasy world.” A pair of circa-1978 tables whose stretchers are enlivened by small dog sculptures (detail shown) sold for $1.9 million at Christie’s Givenchy auction. Photo: © Christie’s Images Ltd, 2017

Diego’s biggest commission—a collection of furniture and lighting for the Picasso Museum in Paris, created shortly before his death, in 1985—helped bolster his recognition. While there has always been a following for Diego’s work, his market has had issues with fakes and unauthorized casts, problems exacerbated by the fact that he didn’t number or always sign his pieces. “For Diego, Giacometti was his brother’s name, and at no point did he want to use the fame and recognition of his brother for himself,” explains de Smedt.

But in the past year, Diego’s market has enjoyed a burst of momentum, thanks to a handful of major sales. Last spring Sotheby’s Paris offered a group of works by Giacometti in its May design auction, led by a tree-form side table that brought nearly $500,000. The Paris firm Artcurial followed that with a robust $5.2 million sale in September of Giacometti pieces from the Brollo family, which had a 20-year relationship with the artist. Sotheby’s achieved a short-lived record for Diego Giacometti, selling one of his octagonal tables for $3.8 million (along with eight other works by him) in its November Impressionist and modern sales in New York. Sotheby’s then mounted an impressive non-selling Giacometti exhibition in Paris, just as Christie’s was gearing up for its spectacular Givenchy sale.

The latest test for the Diego Giacometti market will come on May 17, when Sotheby’s stages a special Paris auction of 30 or so works. Highlights including a glass-top low table, whose rustic bronze base is ornamented with a small bat and is estimated to bring as much as $320,000.

Despite all the recent activity, de Smedt, for one, isn’t concerned about too much of a good thing creating Giacometti fatigue among buyers. “The work is full of poetry and is very elegant, but it is also timeless,” she remarks. “It can live in a very classic interior or it can very easily live in a contemporary interior. That is its strength.”