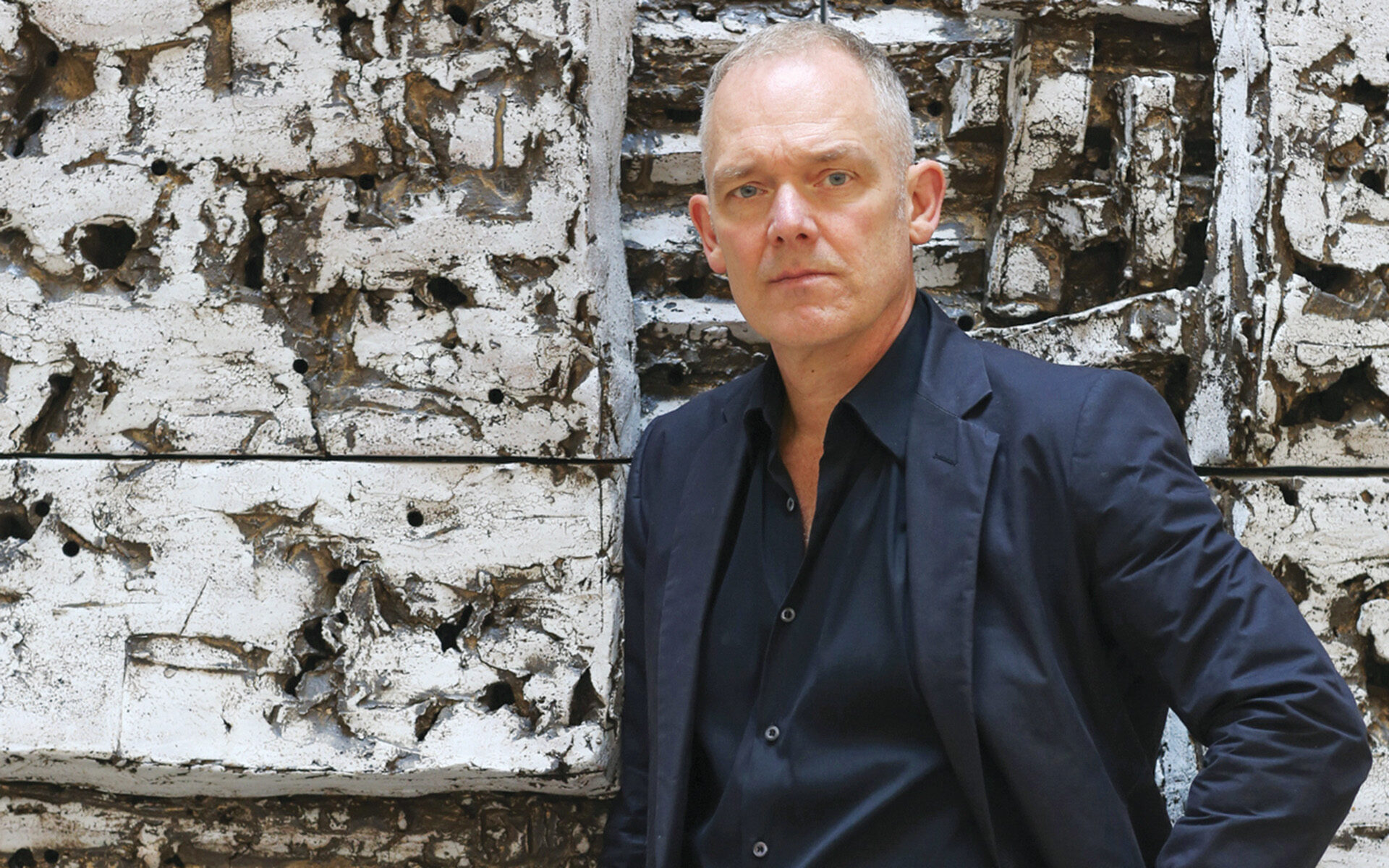 Peter Lane in front of a study for his 2016 series “Wasteland.”
Photo: JEFF KLAPPERICH

Go inside the ceramic artist’s Bushwick workshop, which is outfitted with some of New York City’s largest kilns

“I felt like I found my calling with ceramics,” says artist Peter Lane, known for creating monumental wall pieces beloved by designers such as William T. Georgis, Peter Marino, and Nicole Hollis. One of Galerie’s 2022 Creative Minds, Lane recently opened up his 10,000-square-foot Brooklyn studio, which he acquired after getting a commission from designer Chahan Minassian to create a massive floor-to-ceiling installation at the Hôtel de Crillon in Paris. “I knew that piece was coming down the pike and needed a studio to build it in,” he recalls. Outfitted with some of New York City’s largest kilns, the workspace also functions as a laboratory of sorts, featuring a special chemistry area where he creates his own glazes from scratch. “We do a lot of experimenting,” he says. “Every job has its own custom finish.”

See the full video below.

Cover: Peter Lane in front of a study for his 2016 series “Wasteland.”
Photo: JEFF KLAPPERICH
Next Post