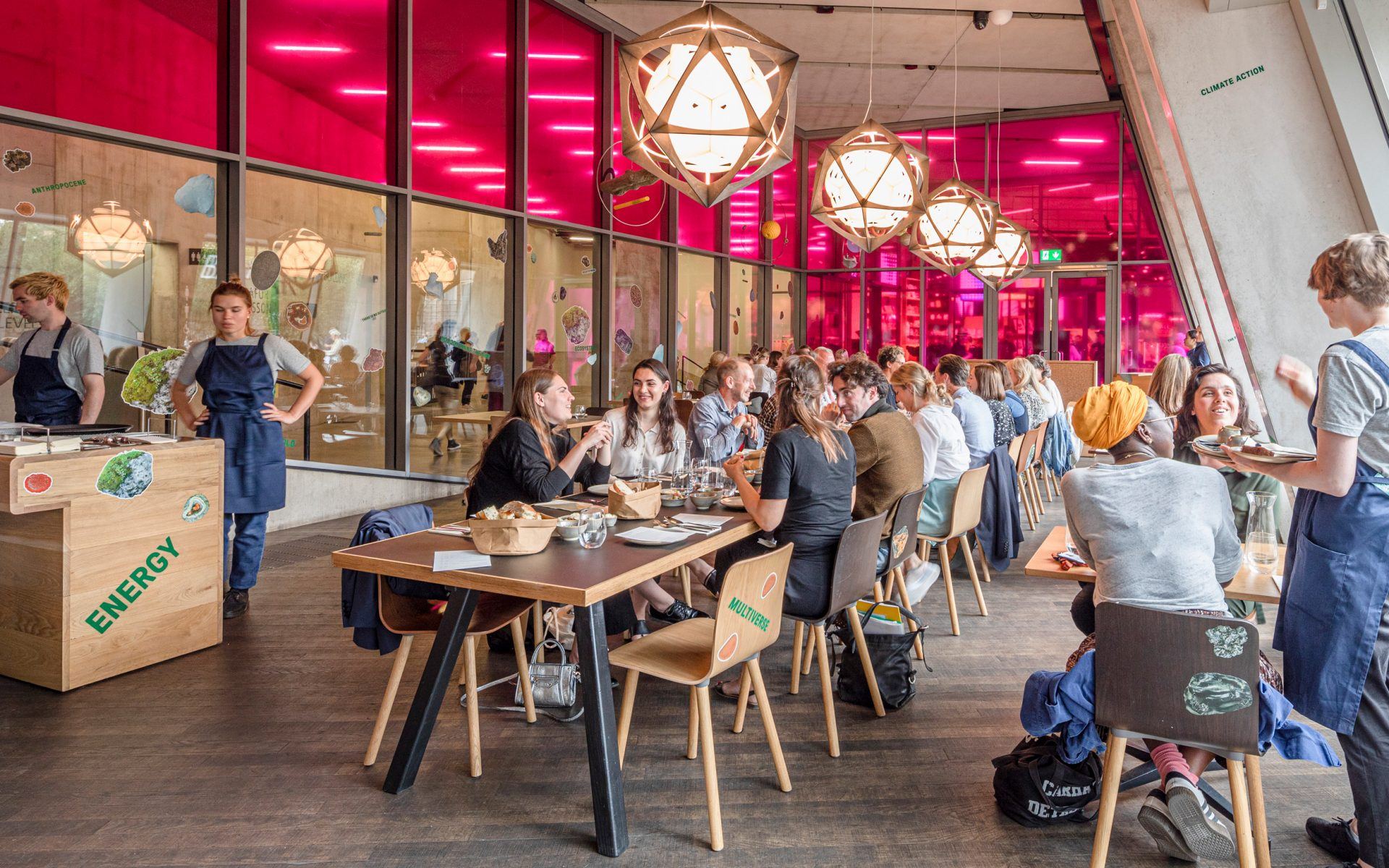 Restaurant by Olafur Eliasson Opens at the Tate Modern Danish-Icelandic artist Olafur Eliasson might be best known for his impactful, environmentally concerned artworks, such as The Weather Project, where he flooded Tate Modern’s Turbine Hall with fake sunlight. But he’s equally passionate about food. Every day in his Berlin studio, located in a massive former brewery, Eliasson’s staff congregates at long tables for a multicourse vegetarian meal cooked on-site by a team of chefs.

Guests frequently drop by, including his neighbor Ai Weiwei and René Redzepi, of Noma fame, to name a few. Eliasson is also the author of Studio Olafur Eliasson: The Kitchen (Phaidon), which is filled with recipes, poetry, and musings from the studio. This summer, art lovers will get the chance to experience his culinary philosophy at Tate Modern, which is hosting a major retrospective that brings together more than 30 works from three decades of his practice. Coinciding with the show, Eliasson will turn the museum’s Terrace Bar into a version of his Berlin kitchen. Fuel up on vibrant, vegetarian-focused dishes sourced from local farms before exploring the dynamic works in the exhibition, including a disorienting, nearly 150-foot tunnel of dense fog and his Room for One Colour.