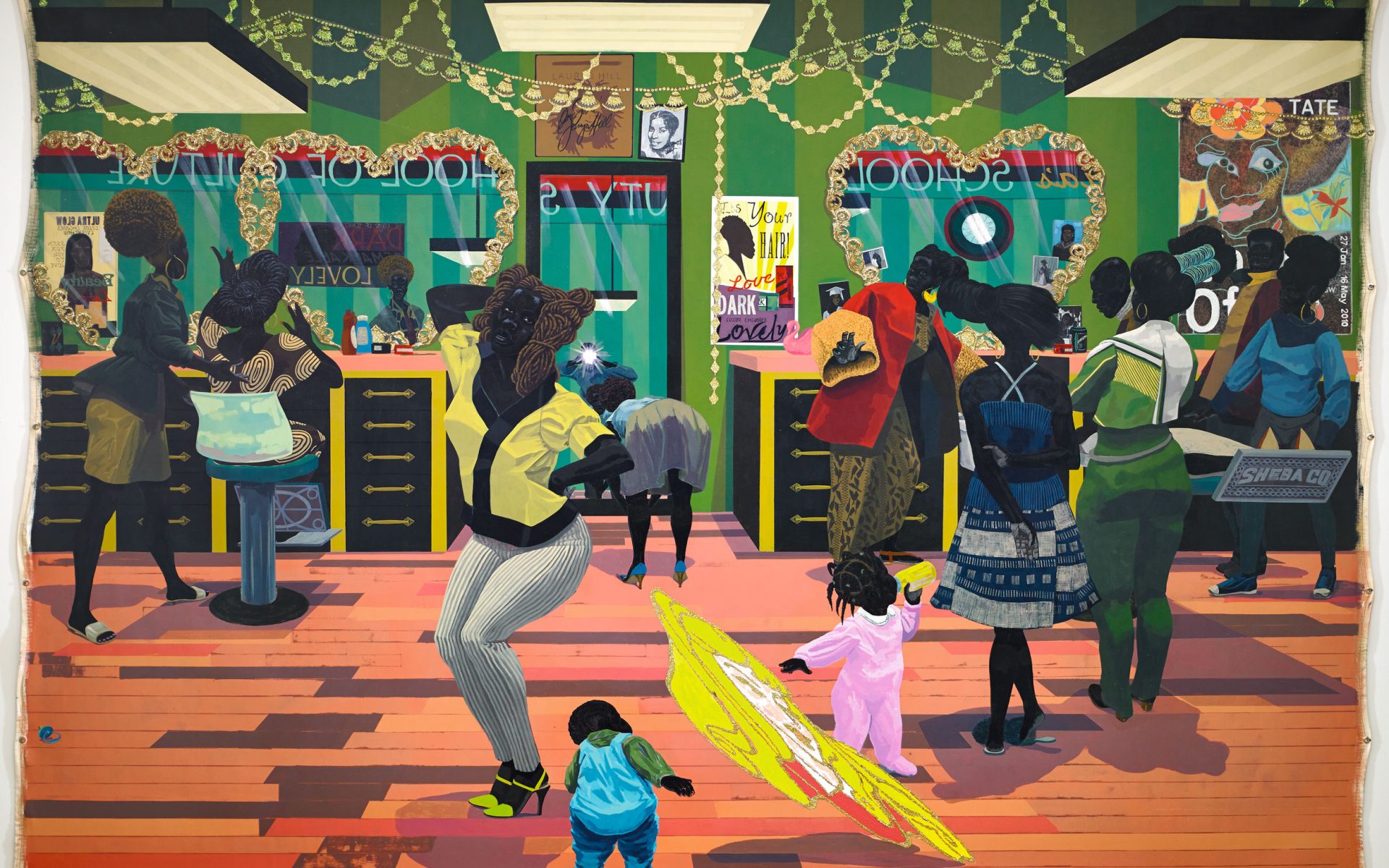 Kerry James Marshall, School of Beauty, School of Culture, 2012.
Photo: Courtesy of the Seattle Art Museum and the artist

From David Bowie at the Brooklyn Museum to Plato in Los Angeles, these shows are not to be missed With more than 300 objects from David Bowie’s 75,000-piece collection, this show offers an in-depth look at the unmatched career and personal life of the music and style icon. After touring the world, the show fittingly returns to New York City, where Bowie lived for over 20 years, for its final run. brooklynmuseum.org Photograph from the album cover shoot for Aladdin Sane, 1973. Photo: Brian Duffy. Courtesy of the Duffy Archive and The David Bowie Archive

The Phillips Collection,Washington, D.C.
“Ten Americans: After Paul Klee”
Through May 6

While Klee’s style is well known, his influence on American abstraction has been largely overlooked—until now. In collaboration with Switzerland’s Zentrum Paul Klee, the Swiss-German painter’s workis presented in dialogue with that of Jackson Pollock, Robert Motherwell, and Adolph Gottlieb. phillipscollection.org Founded in 1974 by J. Paul Getty to house his expanding collection of antiquities, the Getty Villa is unveiling a complete reinstallation in April and debuting a refreshing exhibition of contemporary art that engages with the philosophy of Plato. Artists include Michelangelo Pistoletto, Mike Kelley, Paul McCarthy, and Jeff Koons. getty.edu At the intersection of fine and decorative arts, Nancy Lorenz’s luminous Japanese–inflected pieces are favored by the fashion and design sets alike. They now star in an exhibition of their own, accompanied by new works inspired by pieces in the museum’s collection. sdmart.org In this show, three celebrated African-American artists are giving the history of European genre painting a bold shake-up. Expect vibrant large-scale tableaux that challenge traditional notions of identity in art, such as Mickalene Thomas’s restaging of famous works by the likes of Manet and Monet with glittering, provocatively dressed black women. seattleartmuseum.org Cover: Kerry James Marshall, School of Beauty, School of Culture, 2012.
Photo: Courtesy of the Seattle Art Museum and the artist
Next Post