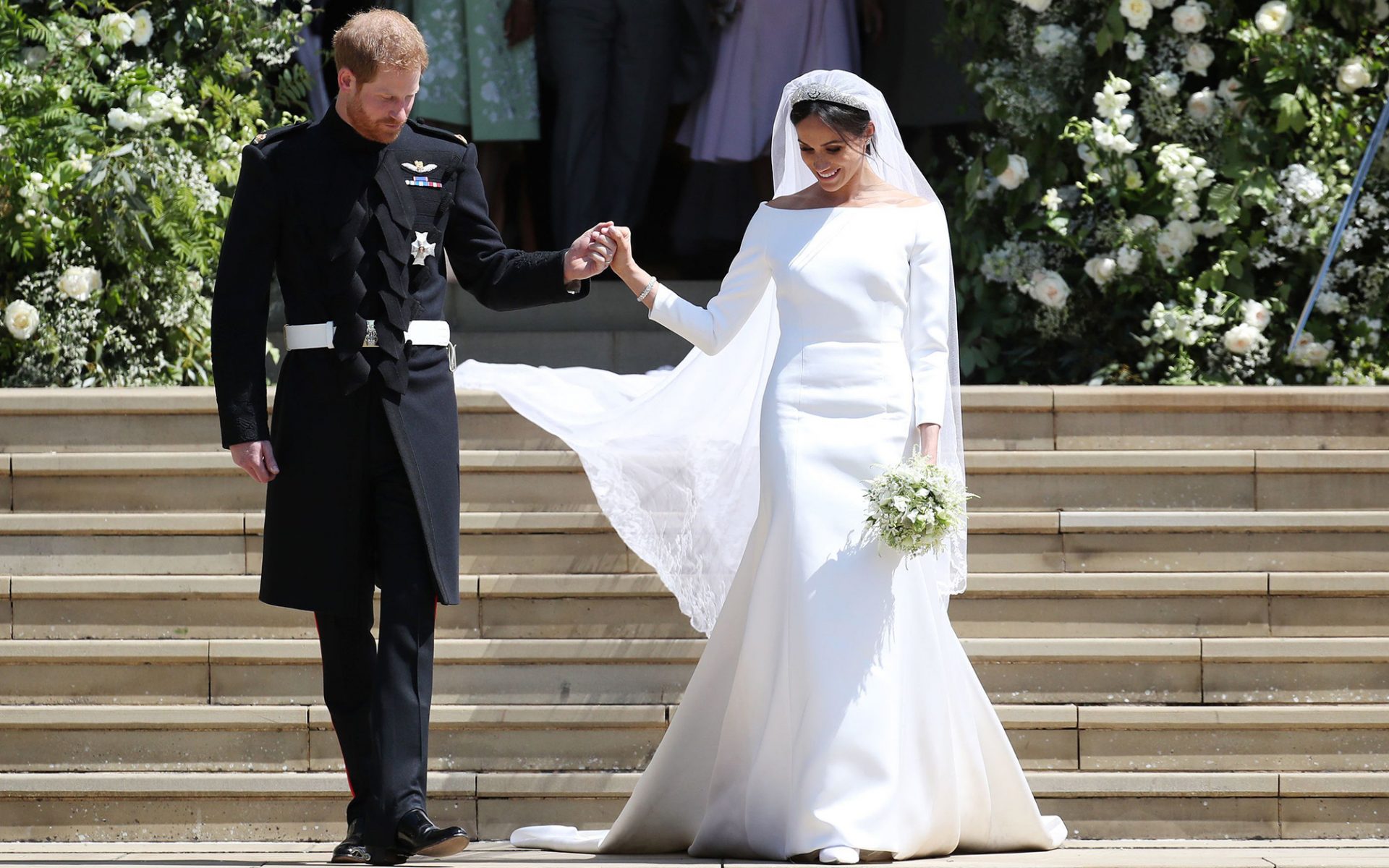 On October 26, the stunning couture dress worn by the Duchess of Sussex will go on view at Windsor Castle

When she stepped out the car in front of St. George’s Chapel in May, Meghan Markle instantly made fashion history with her classic, elegant Givenchy wedding gown and a veil that spanned 16 and a half feet. Now her famous wedding dress is going to be part of an exhibition at Windsor Castle. The $254,777 gown will be on display to the public as part of a larger exhibition at the castle, where the Duke and Duchess of Sussex tied the knot. Markle’s veil was embroidered with the flowers of all 53 countries of the Commonwealth. Photo: REX/Shuttershock

The Royal Collection Trust announced that the exhibition “A Royal Wedding: The Duke and Duchess of Sussex” will open on October 26 and run through January and then go on display at the Palace of Holyroodhouse in Edinburgh in June 2019.

Recommended: The Queen’s Rolls-Royce Can Be Yours for $2.6 Million

The Duchess of Sussex worked closely with Givenchy’s artistic director, Clare Waight Keller, the first female director of the French fashion house, on the design of the wedding dress in the months leading up to her nuptials. Markle and Waight Keller poured over sketches and fabrics before deciding on the sleek boat-neck-style white dress and veil embroidered with floral representations of the 53 Commonwealth nations.

“It was an incredible thing to be part of, such an historic moment, and to have the opportunity to work with her—it was a wonderful way to start the collaboration with her,” Waight Keller explained in an interview with Harper’s Bazaar. Prince Harry and Meghan Markle on the steps of St. George’s Chapel after their wedding ceremony. Photo: Getty Images

The 1,000-year-old-castle will host another royal wedding this fall, when Prince Harry’s cousin Princess Eugenie marries Jack Brooksbank in October. When Markle’s dress goes on view, thousands of visitors are expected to add to the influx of tourists that have been flocking to Windsor over the past year. In that time span, the castle has seen a 92 percent increase in tourism, no doubt bolstered by the glamorous royal nuptials that were watched by millions—and perhaps even billions—around the world. Queen Mary’s 1932 diamond and platinum bandeau tiara was lent to Markle by her majesty the Queen. Photo: Courtesy of the Royal Trust Collection