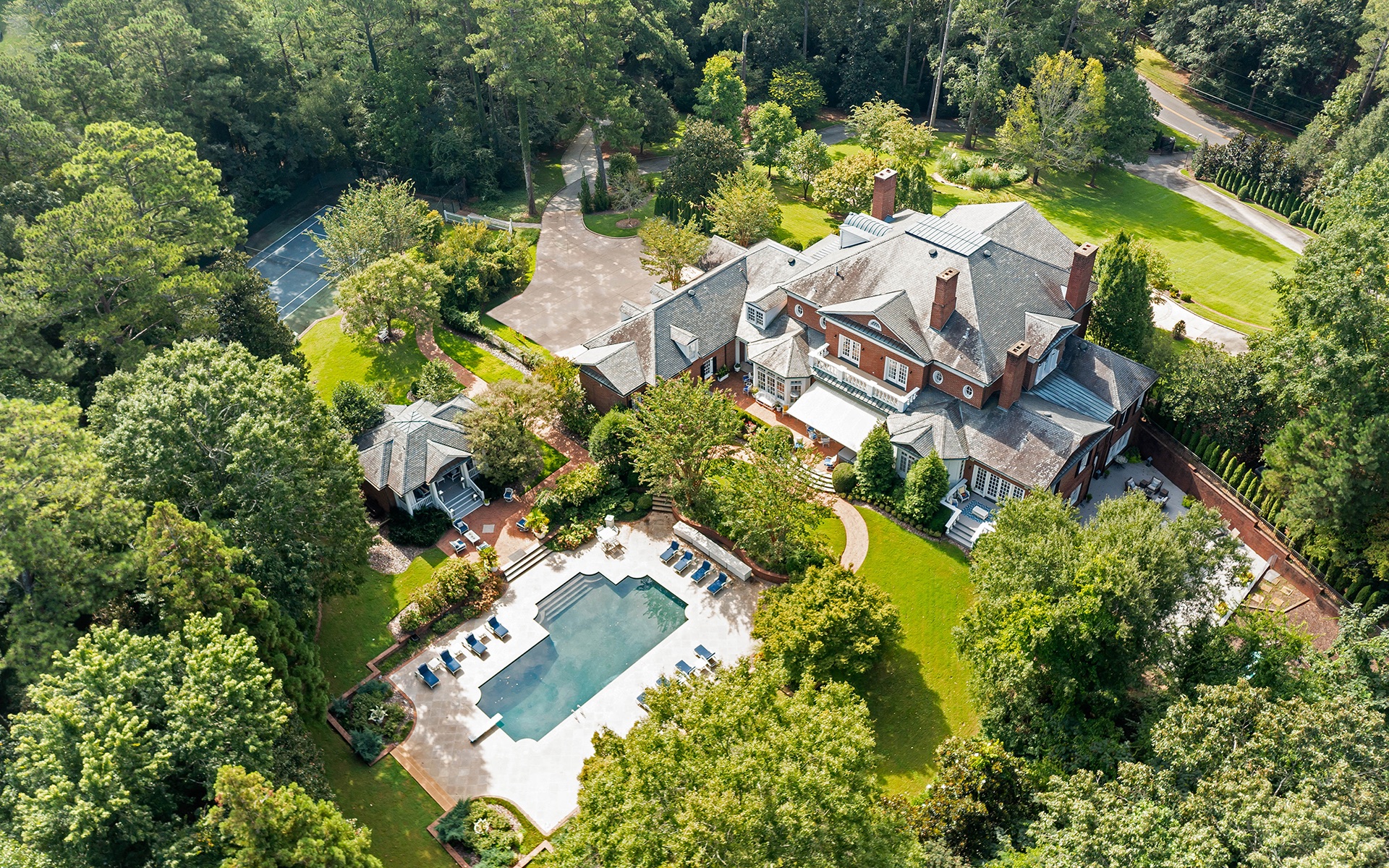 The Grammy winner’s Atlanta-area estate is set on four manicured acres with a pool, pool house, and tennis courts

Music legend Mariah Carey is parting with her massive Atlanta-area home—and she’s asking a little more than a song for the palatial spread. The iconic Grammy winner has listed the Sandy Springs manse for $6.5 million, roughly $850,000 more than she paid for it just last December.

Rebuilt in the 1990s by architect Stephen Fuller, the charming brick residence is a classic colonial revival with a two-story pedimented portico and gracious front door featuring a fanlight and sidelights. The size, however, is kicked up to an enormous scale, encompassing some 12,500 square feet of interior space and nine bedrooms. (Enough room for another A-lister, The Rock, who reportedly once leased the home during a film shoot.) 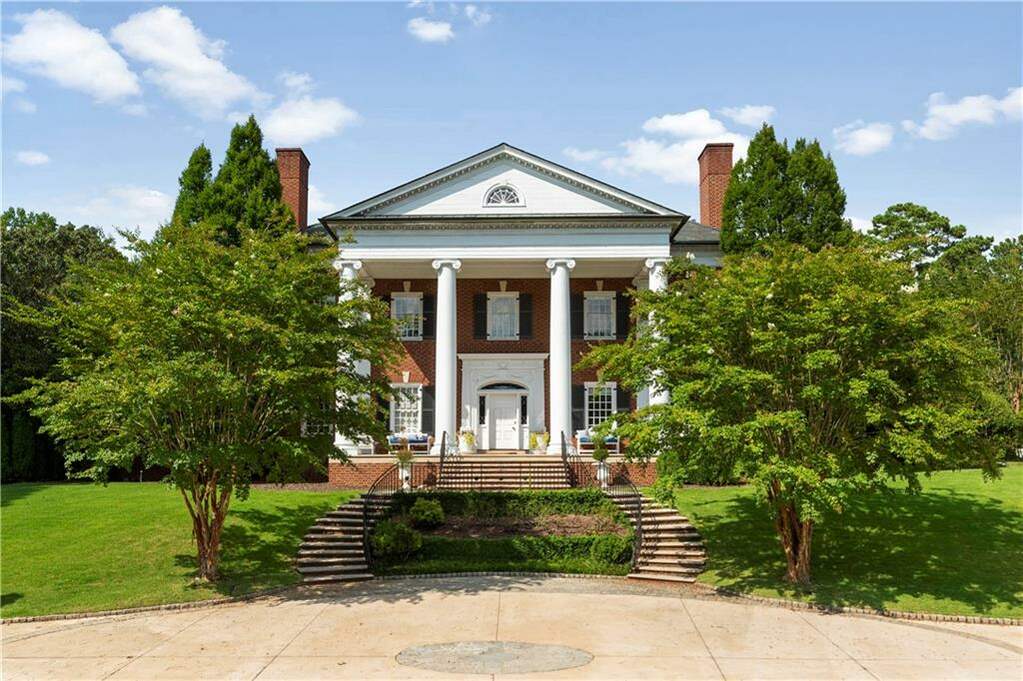 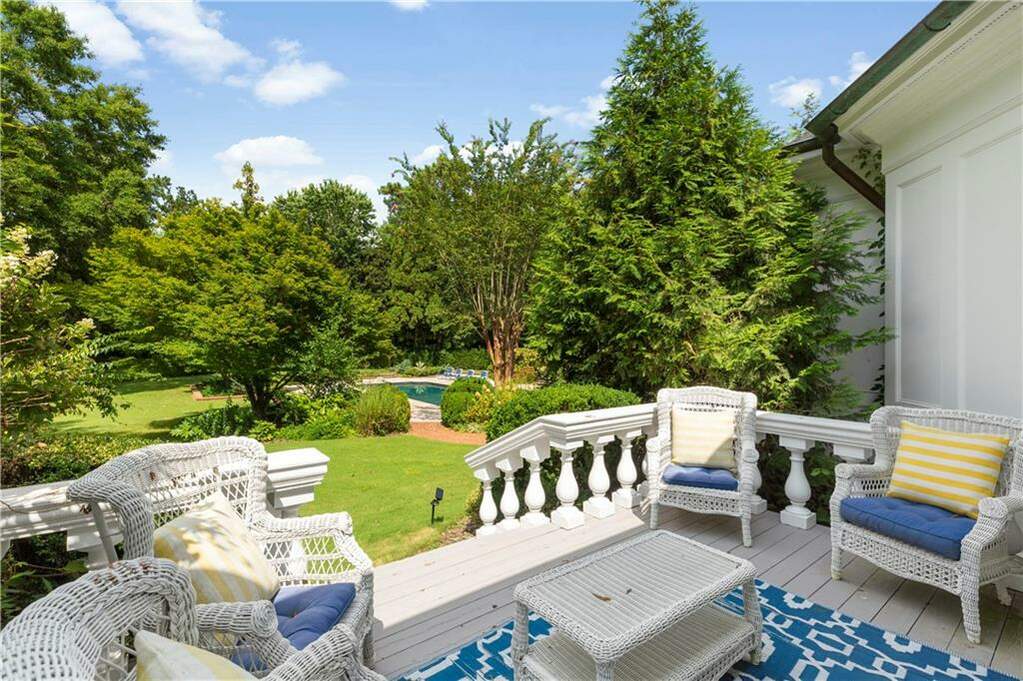 Given the current owner, it’s no surprise that the place now boasts a recording booth—but the real draw is the epic primary suite complete with fireplace, terrace, morning bar, walk-in closet, pink-hued dressing room with “glam” bar, and a spalike bath. Additional amenities include a cinema, mirrored fitness room, and living area that links to an outdoor entertaining space surrounded by manicured gardens. 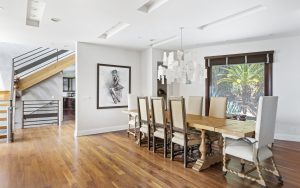 The gated four-acre compound is also equipped with a heated pool, pool house, built-in barbecue, tennis courts, and a three-car garage. Shana Bradley of Christie’s International Real Estate affiliate Ansley Real Estate has the listing, telling the Wall Street Journal that the singer’s decision to sell less than a year after buying was not influenced by a July burglary at the home—Carey plans on returning to her New York roots. 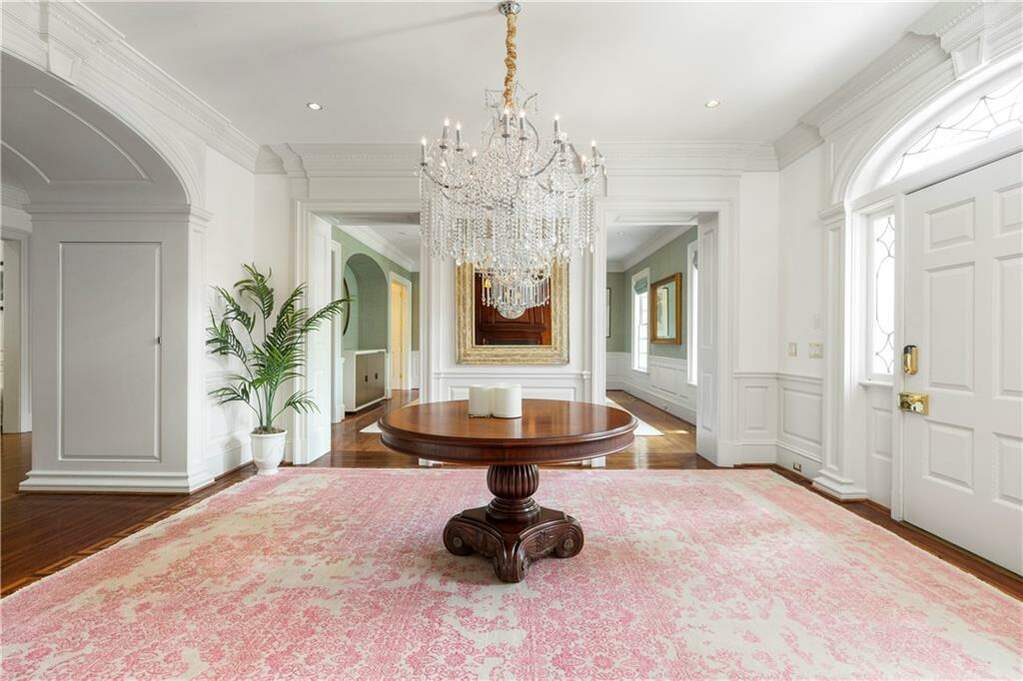 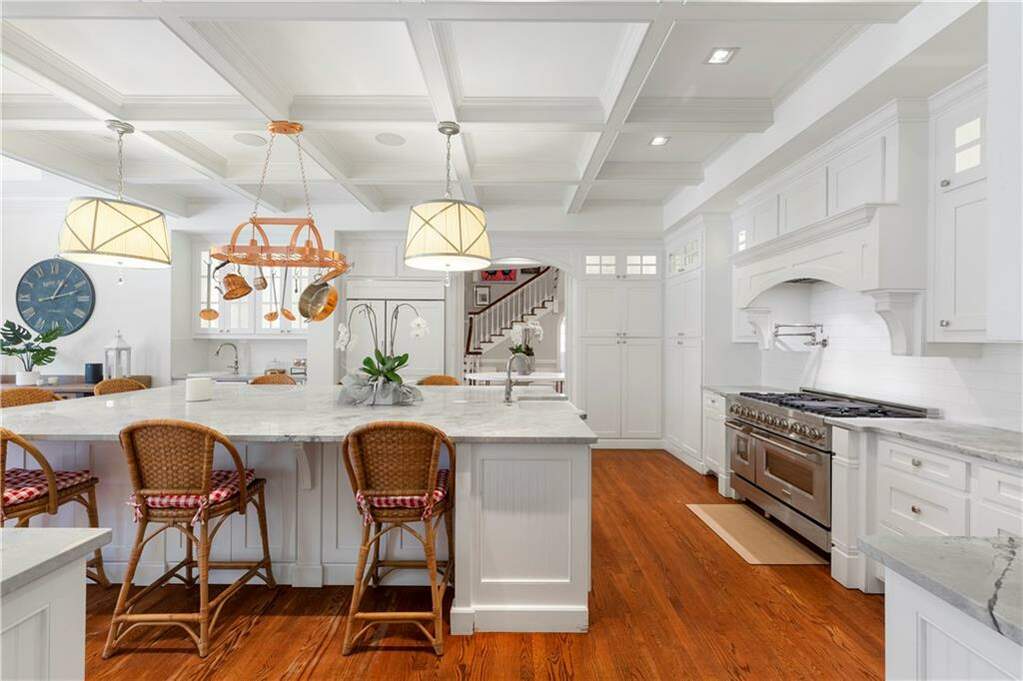 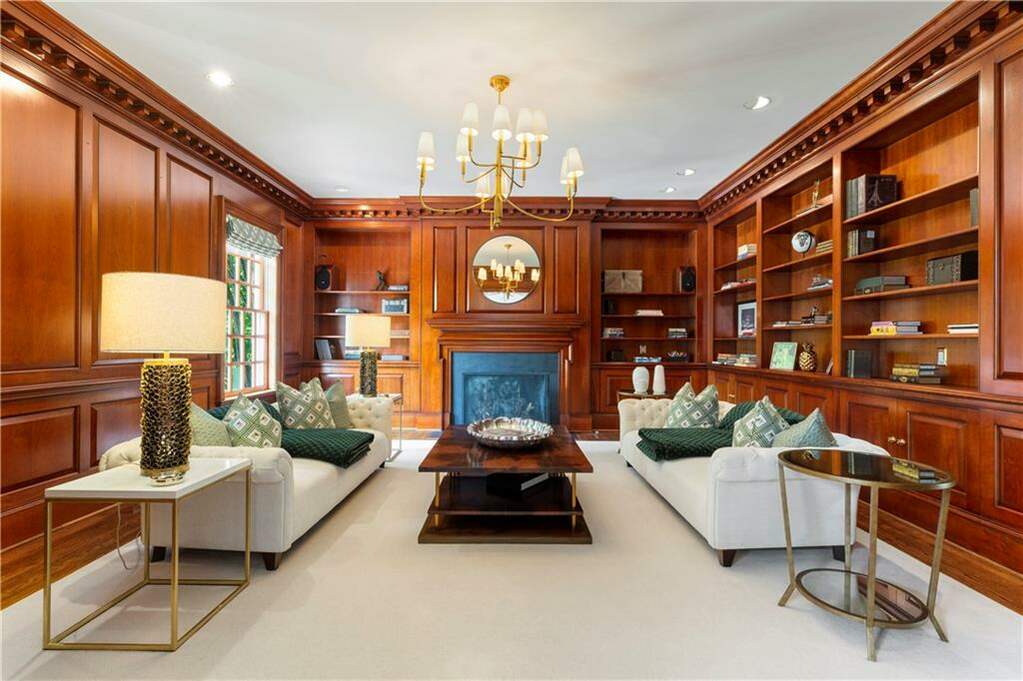 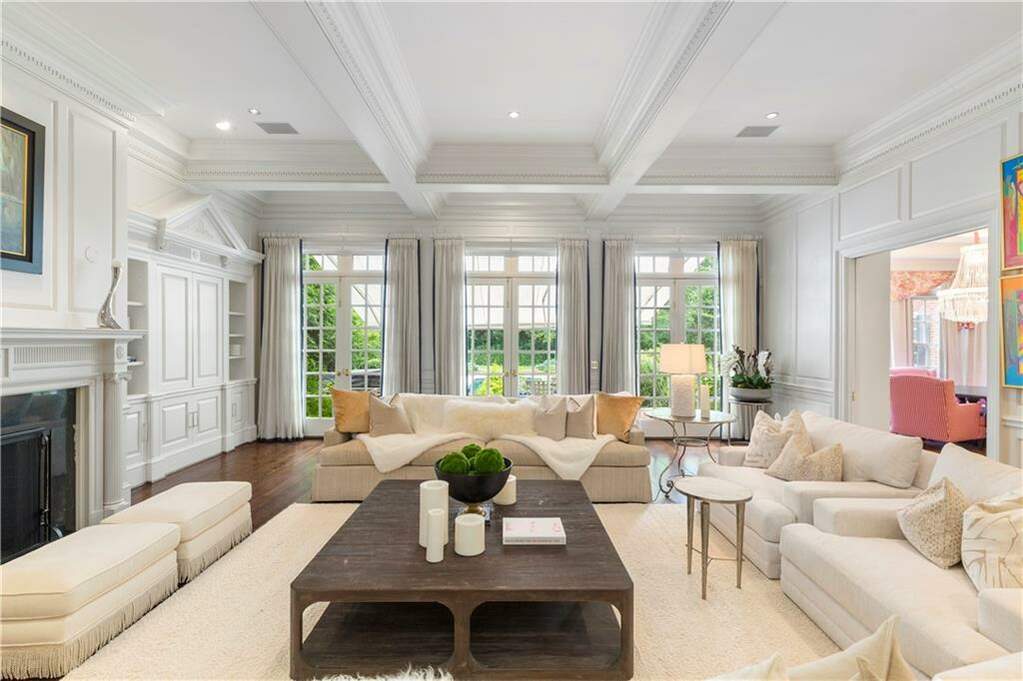 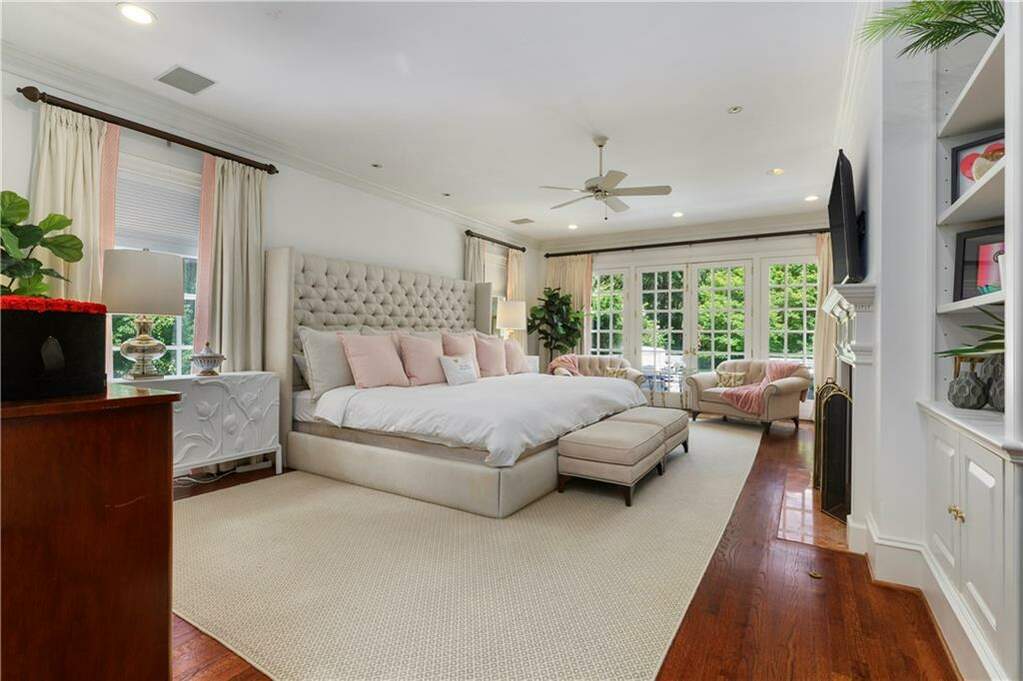 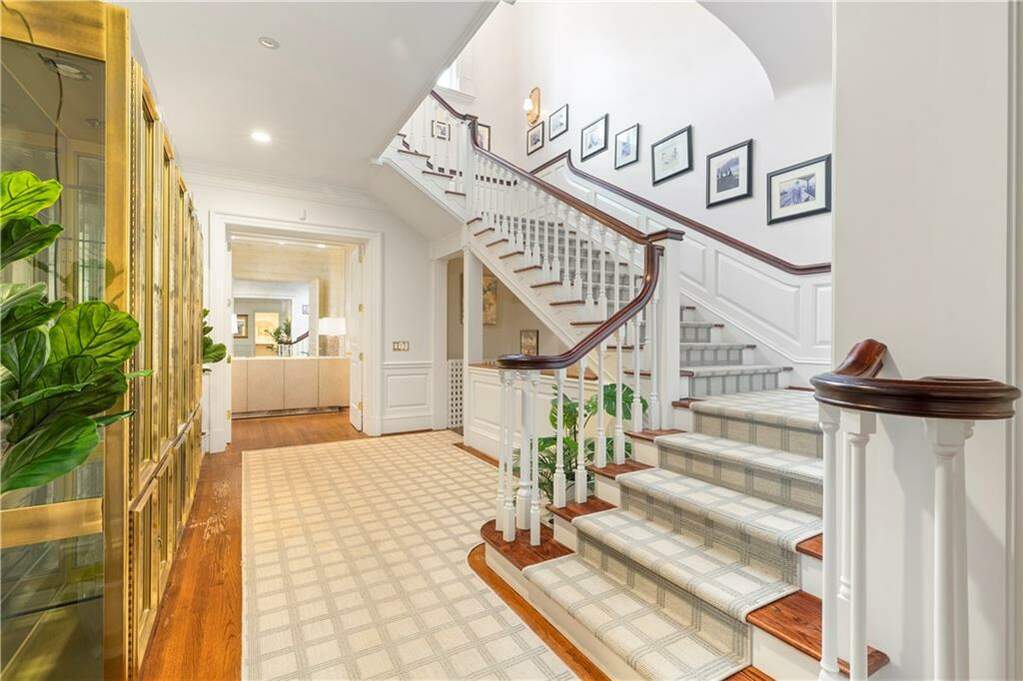