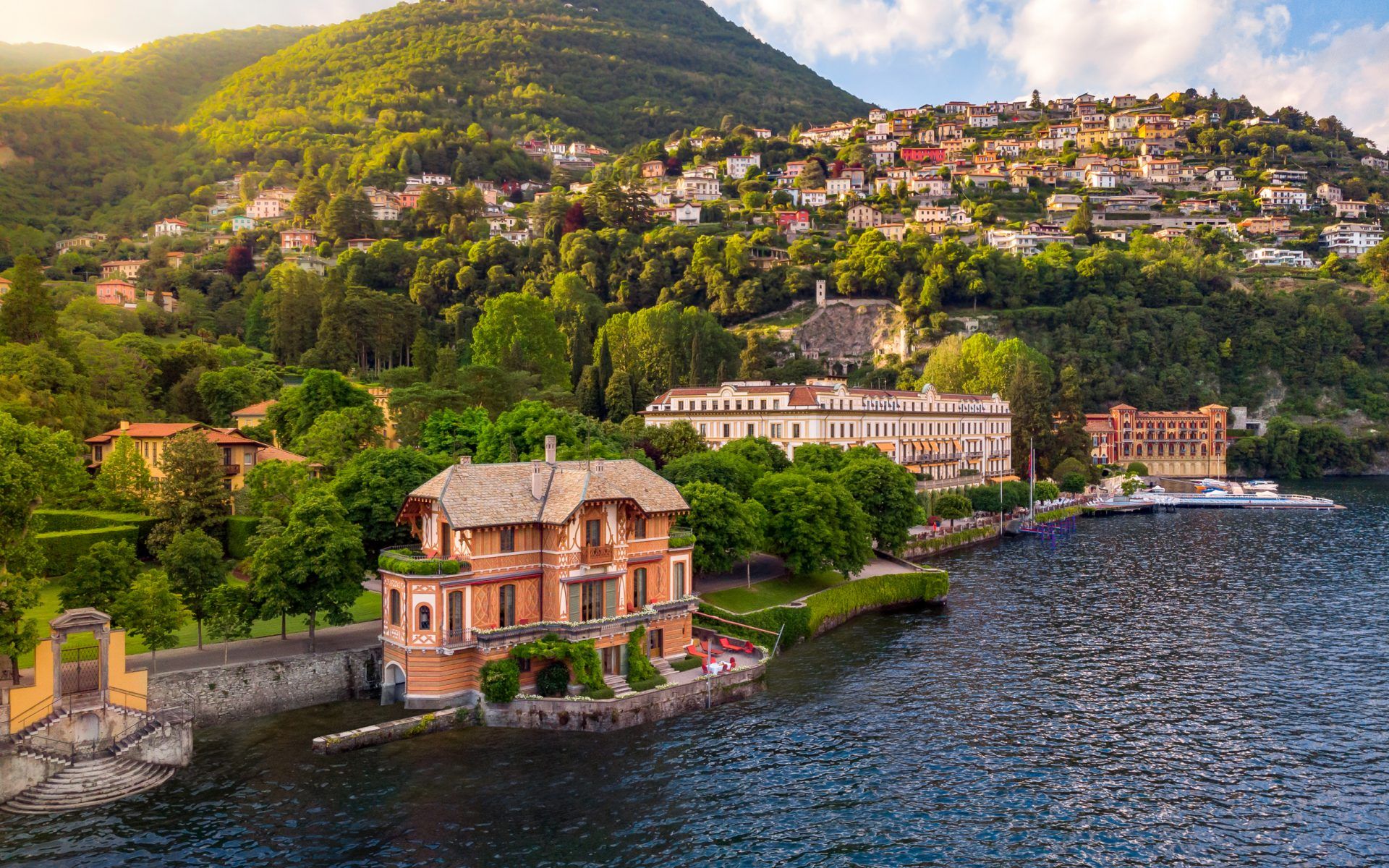 Serenely nestled between a lush hillside dotted with picture-perfect estates dating back centuries and Italy’s most iconic lakefront, Villa d’Este has welcomed both noble guests and Hollywood royalty looking for an escape since the 1800s. Originally designed as a private residence by one of the Italian High Renaissance’s most preeminent architects and artists, Pellegrino Tibaldi, the five-star resort, set on 25 manicured acres, is filled with antique furnishings and remarkable artworks, including The Creation, a 19th-century replica of a section of Michelangelo’s Sistine Chapel fresco. The Lake Como estate recently unveiled a sumptuous update to Villa Cima, the only one of the hotel’s four private villas situated on the water’s edge. Loro Piana, the famed Northern Italian fashion and fabric house, reimagined the 7,000-square-foot haven with the most refined silks, velvets, linen, and cashmere. Hues were chosen to reflect the slate blues and rich greens of the landscape and to represent the brand’s palette of scarlet and burnt ocher.

Don’t be surprised to see members of the Loro Piana family checking in—the fabricmakers have a long history as not only collaborators but also loyal guests. “This magical setting is an invitation to be present with the flow of time, the greatest luxury of all, our most precious gift,” explained Villa d’Este managing director Danilo Zucchetti. “And it continues our fine tradition as a haven of peace and tranquility.” A hallway looking into the sitting room in Villa Cima. Photo: Courtesy of Villa d'Este A suite in Villa Cima. Photo: Courtesy of Villa d'Este