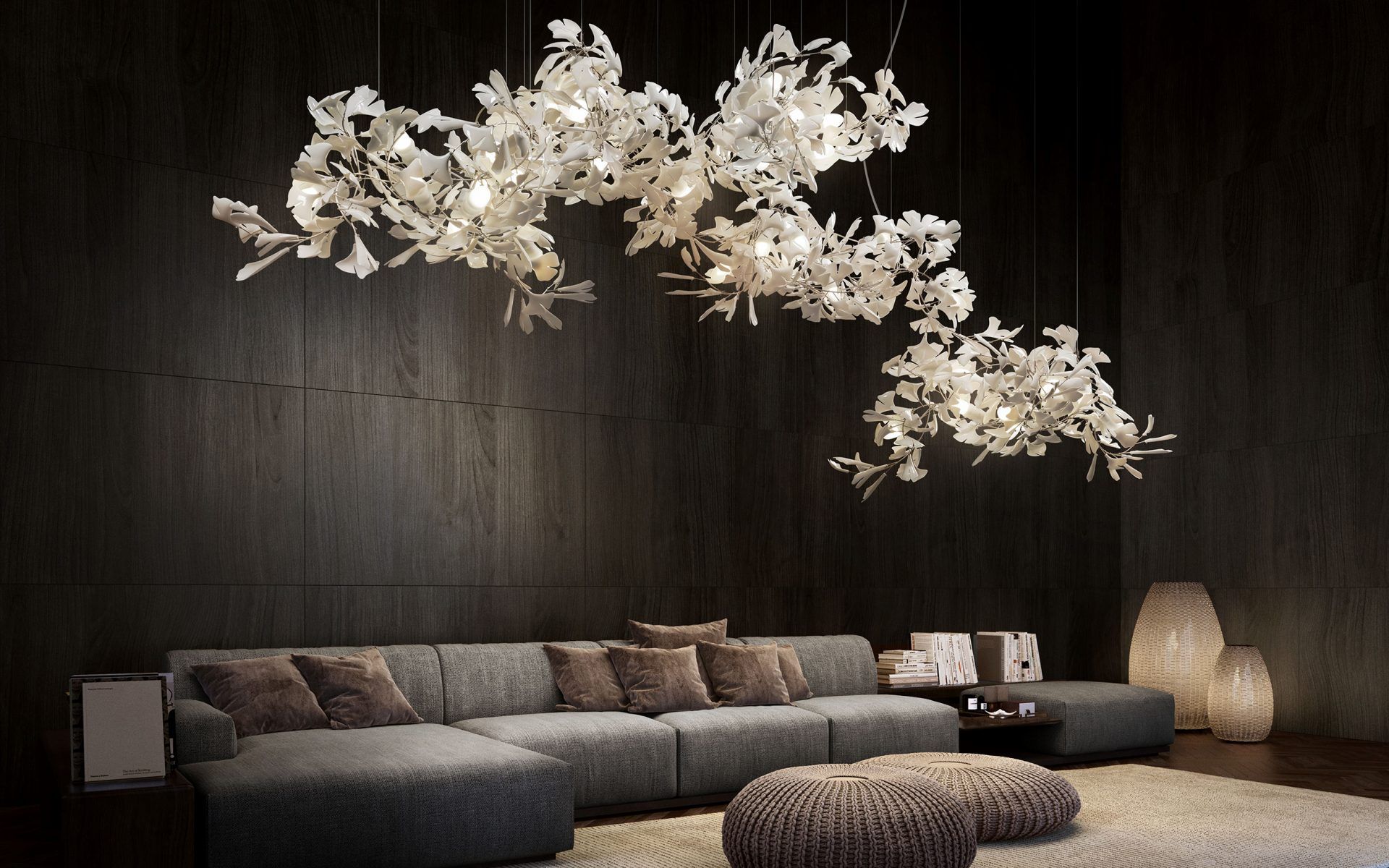 These sculptural chandeliers and table lamps capture the shapes of branches, blooms, and other natural elements

Furniture designers often cull from nature as well, pulling in colors, textures, and materials found in some of the world’s most revered gardens and landscapes. Here, Galerie looks as some of the dreamiest lighting fixtures that offer a way to bring the outside indoors in the most artfully designed ways. 1. Laura Kirar’s Filamento chandelier for Arteriors transforms an explosion of wispy rattan into a golden drum that brings a tropical influence to any space. arteriorshome.com Julie Neill’s Farfalle chandelier for Circa Lighting. Photo: Courtesy of Circa LIghting

2. Designer Julie Neill uses a cloud of butterflies captured in midflight to create a dancing light effect in her whimsical Farfalle chandelier for Circa Lighting. circalighting.com 4. Petals of brown glass gently unfurl from a central stem dusted in 24K gold leaf to give the Clelia Leaf brown chandelier from Italian design firm Stillux the appearance of a lush blossom in bloom. artemest.com 5. As fanciful as a fungus straight out the pages of Alice’s Adventures in Wonderland, Lasvit’s Mush Room glass and lacquered-bronze lamp uniquely twists and undulates, making no two alike. lasvit.com 6. Crafted in the style of renowned designer Serge Roche, this striking pendant from David Duncan uses resin to re-create a bundle of tropical palmette leaves unfurling to grand effect. davidduncananltd.com 9. Swarovski’s bespoke Anima Mirage lighting installation, which made its debut last year in Milan, channels the free-floating forms of jellyfish while shining like sunlight reflecting on water. swarovski-lighting.com 11. Designer Martyn Lawrence Bullard uses a crown of gilded feathers to encircle a ring of candelabra lights to create the regal look of his Featherette chandelier for Corbett Lighting. hvlgroup.com 12. Handcrafted in steel and papier-mâché, the strong lines of the Woodland Wall sconce from Fisher Weisman give a masculine edge to the romance of candelabra lights. fisherweisman.com