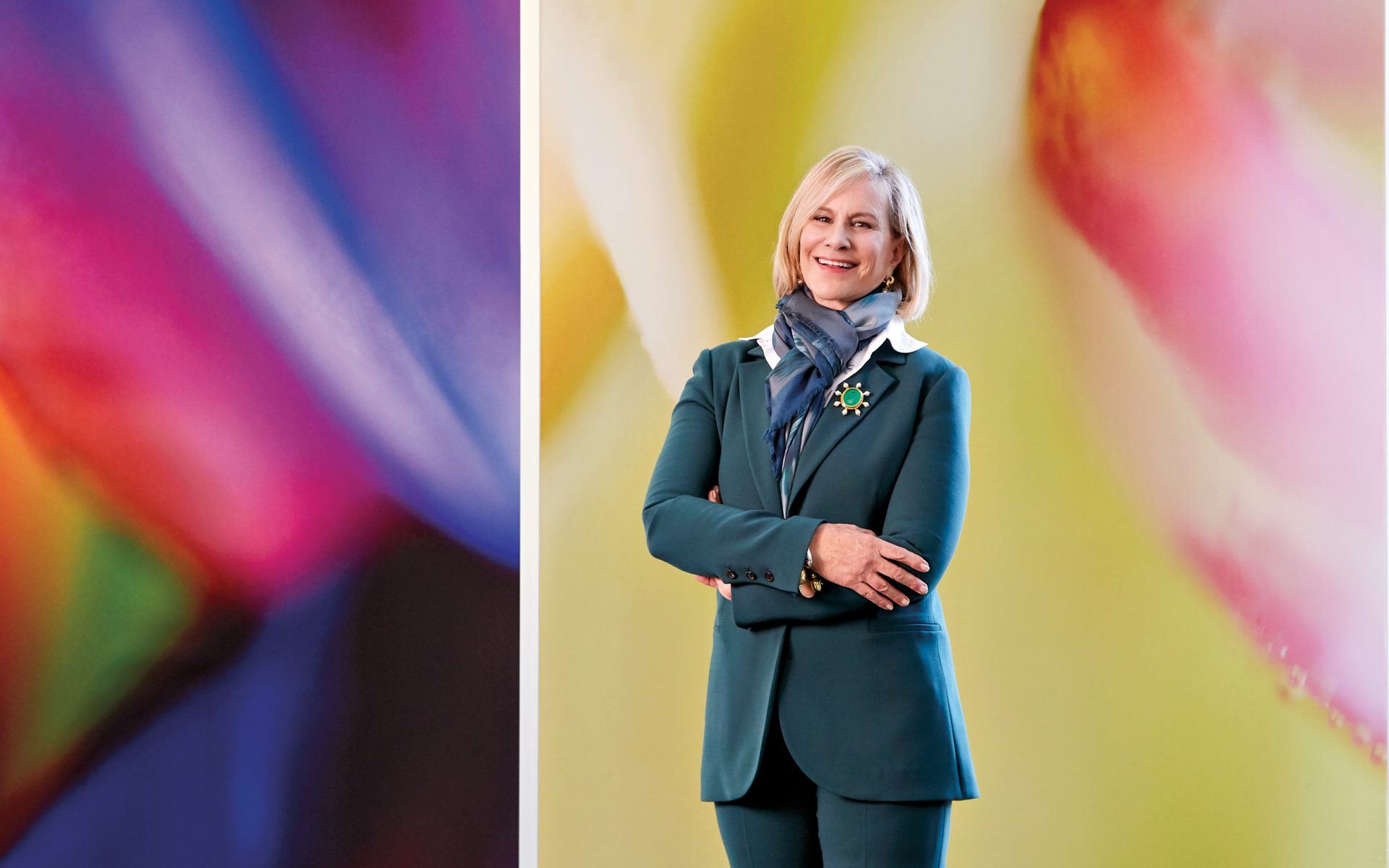 How Laurie Tisch Is Encouraging Wellness through Access to Art On a brilliant autumn day, an animated group gathered in the garden at McKinney Hospital in Brooklyn for a painting party. As they worked on a series of panels for an outdoor mural, residents of the nursing home chatted alongside doctors, nurses, neighborhood community members, and the philanthropist Laurie Tisch, who made the project possible. Through her Illumination Fund, Tisch contributed $1.5 million to launch Arts in Medicine, an array of new and expanded programs that use art to benefit patients and staff throughout the NYC Health + Hospitals public health-care system, which is the largest in the country.

“It’s taking what really smart and dedicated people have developed and making it bigger and more accessible,” says Tisch, whose recent grant is one of 13 made so far under the umbrella of her $10 million initiative, Arts in Health, announced last year.

Well-known in New York’s cultural world, Tisch first made her mark in arts education with her stewardship of the Children’s Museum of Manhattan in the 1980s, then followed up that success with her efforts to restore arts programs to New York City public schools through the Center for Arts Education in the late 1990s. A collector of American art, she has been a trustee at the Whitney Museum for some two decades and is vice chairman of the board at Lincoln Center. A detail of the mural Materials of Relaxation (1939–41) by David Margolis at Bellevue hospital. Photo: Thomas Loof

With her Illumination Fund, founded in 2007, Tisch is committed to leveling the playing field for all New Yorkers, whether that means providing healthy food across the five boroughs or focusing on how the arts can be used as a tool for healing. Another program she supports is Arts & Minds: Begun at the Studio Museum in Harlem, it guides dementia patients and their caregivers through discussions about artworks—something that was personal for Tisch, whose mother suffered from memory issues before her death in 2017. “Based on this experience with my mother, I found the program so compelling,” she says.

The vibrant carnival-themed mural at McKinney, designed by artist Peach Tao with input from patients, staff, and local residents, is one of eight new communal paintings at hospitals across the city (with eight more planned for 2020). These community projects aim to boost morale and civic pride in their host institutions, where staff burnout is a chronic problem. The murals join NYC Health + Hospitals’ collection of more than 4,000 works, first commissioned by the Works Progress Administration in the 1930s, which include pieces by such talents as Charles Alston, Romare Bearden, and Keith Haring. “The donation from Laurie Tisch not only brought a spotlight back on the art collection but is really showing how we could leverage it,” says Eric Wei, M.D., vice president and chief quality officer of NYC Health + Hospitals, who oversees the Arts in Medicine program. That leverage includes new audio tours of the collection, accessible via smartphone to family members in waiting rooms and patients walking the halls. Additionally, Tisch is helping fund the restoration of many preexisting murals that are in dire need of cleaning and repair. It’s just the latest in a multitiered approach to bringing innovative programs to public hospitals without affluent boards and splashy galas. “The mission of the fund,” says Tisch, “is always grounded in access and opportunity.”

A version of this article first appeared in print in our 2019 Winter Issue under the headline “Color Therapy.” Subscribe to the magazine.