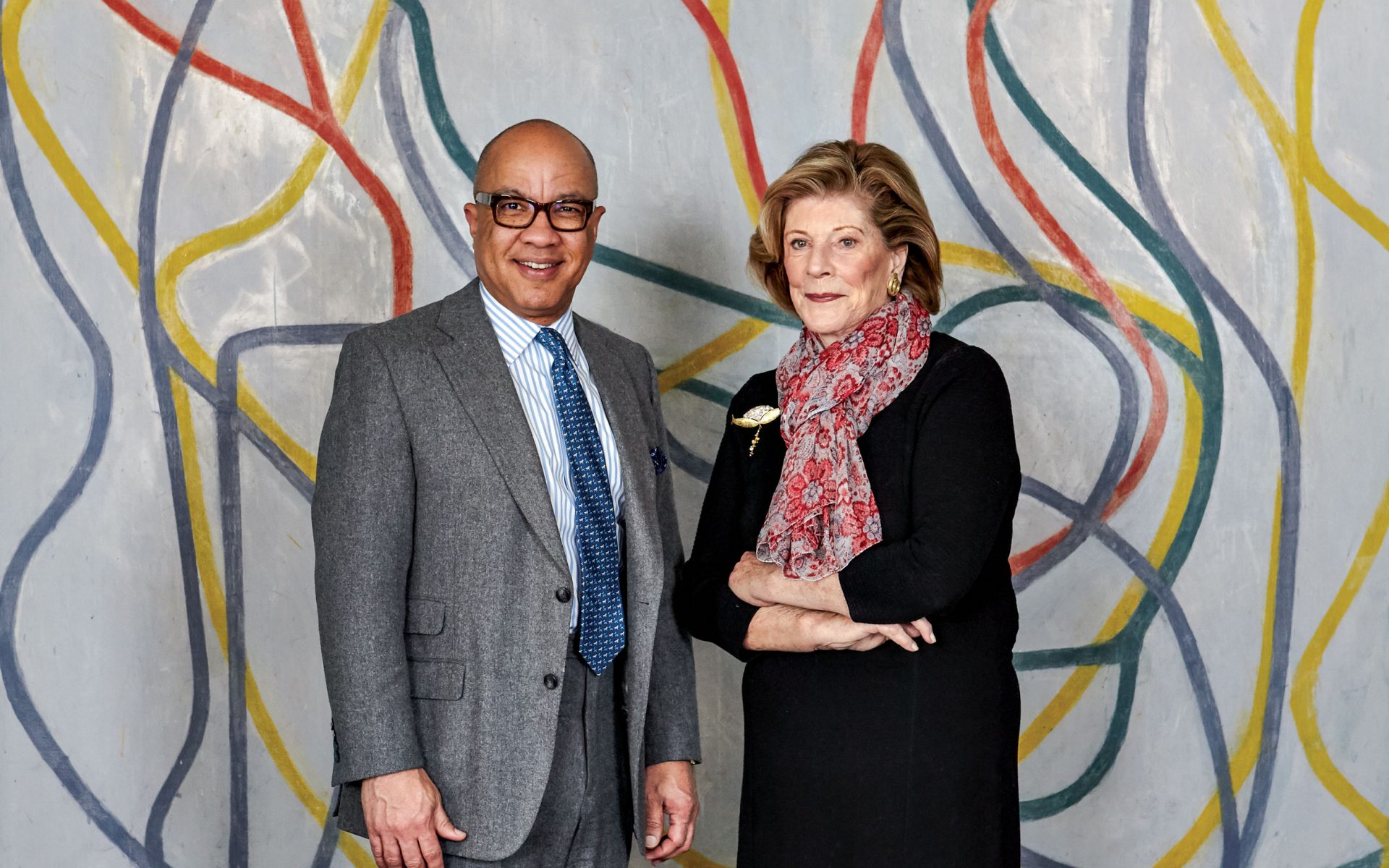 With her blue-chip collection and art-world clout, Gund teams with the Ford Foundation to promote criminal-justice reform Even by today’s inflated standards of well-appointed Park Avenue residences, few exist where one could remove a prime Roy Lichtenstein and hardly miss it. But after collector and philanthropist Agnes Gund sold the artist’s 1962 Masterpiece in January 2017, the presence of a Jasper Johns map painting over the sofa, an ethereal Mark Rothko on another wall, and an Alexander Calder mobile in the corner made the absence easier to swallow. As did the fact that she used $100 million from the sale to launch the Art for Justice Fund, dedicated to reforming the U.S. criminal-justice system.

On a cold winter morning, Gund and longtime friend Darren Walker, president of the Ford Foundation, which advises and guides Art for Justice, are in that very room discussing the scourge of mass incarceration. While the U.S. represents 5 percent of the global population, it holds more than 20 percent of the world’s prisoners, with people of color making up about 60 percent of inmates. After the sale of this Roy Lichtenstein helped launch Art for Justice, the fund has grown thanks to a donation from the sale of Max Weber’s painting New York, and stands to benefit from the auction of a JAR brooch at Christie’s New York in April. Photo: Estate of Roy Lichtenstein

“Aggie’s aim is to reduce the number of incarcerated people in the country because America is the most over-incarcerated country in the world,” Walker says, referring to Gund by her nickname.

The collector’s mission is both political and deeply personal. Six of her grandchildren are black, and she speaks of tragedies like the shooting death of 12-year-old Tamir Rice by police in her native Cleveland the way only a grandmother can. “I feel afraid for the children,” she says. Alluding to Eric Garner, who died after being placed in a choke hold by a New York City cop, she adds, “I remember having nightmares that I couldn’t breathe.”

But Gund is blunt about her own limitations as a white woman of extreme privilege. “I’d never known black people as well,” she admits. “Seeing two of my daughters raise black children has made me feel very differently about black issues.” The decisive push to start Art for Justice came when she saw 13th, Ava DuVernay’s 2016 documentary film, which draws a through-line from slavery to mass incarceration as forms of systemic racial oppression. “We still have slavery, just under a different name,” she says.

Despite Gund’s public profile as an arts patron—she is also president emerita of the Museum of Modern Art—Walker was not surprised when she called offering to fund political activism. “For the many years I’ve known her, Aggie has had a deep consciousness about injustice in the world,” says Walker. “She is motivated to help heal the racial and class chasm that unfortunately remains a feature of American society.” After the sale of this Roy Lichtenstein helped launch Art for Justice, the fund has grown thanks to a donation from the sale of Max Weber’s painting New York, and stands to benefit from the auction of a JAR brooch at Christie’s New York in April. Photo: Courtesy of James Reinish & Associates

To that end, Gund has recruited collector friends Amanda and Glenn Fuhrman, Brooke Garber Neidich, Maria Hummer-Tuttle, and Daniel Loeb, drumming up an additional $9 million so far. After Gund had DuVernay speak at a fundraising lunch, philanthropist Laurie M. Tisch decided to donate $500,000 from her recent sale of Max Weber’s 1912 New York. And on April 17, an anonymous donor is selling a JAR brooch at Christie’s to support the cause.

Gund, meanwhile, has immersed herself in the issues that contribute to mass incarceration: the bail system, mandatory sentencing laws, pressure on defendants to take plea bargains, and job discrimination against former prisoners. Announced last fall, the first round of grants, totaling around $22 million, began to tackle those issues. The next awards will be decided this spring, and the plan is to disperse the money within six years. After the sale of this Roy Lichtenstein helped launch Art for Justice, the fund has grown thanks to a donation from the sale of Max Weber’s painting New York, and stands to benefit from the auction of a JAR brooch at Christie’s New York in April. Photo: Courtesy of Christie’s Images Limited

Criminal-justice reform unites people across the political spectrum, Gund says. “Everybody I talk to, except for a few die-hard right-wing people, thinks the system should change,” she notes. “That’s what is encouraging: There are a lot more people interested in this problem than I ever knew.” artforjusticefund.org

Cover: The Art for Justice Fund’s Agnes Gund and Darren Walker from the Ford Foundation.
Photo: Joshua McHugh
Next Post