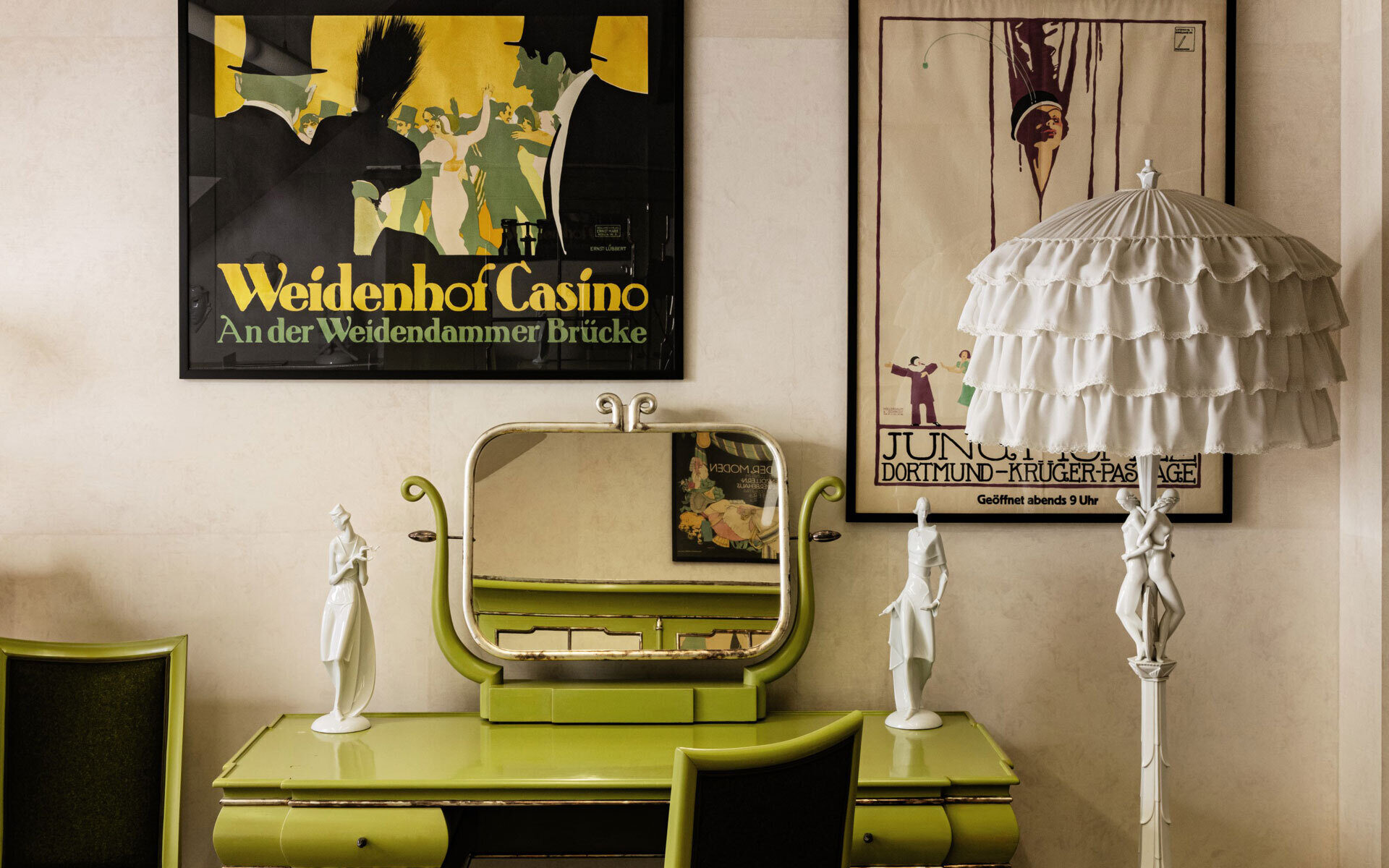 The late fashion icon’s extensive holdings include artworks by Takashi Murakami, furnishings by Marc Newson, and a vast array of other collectibles 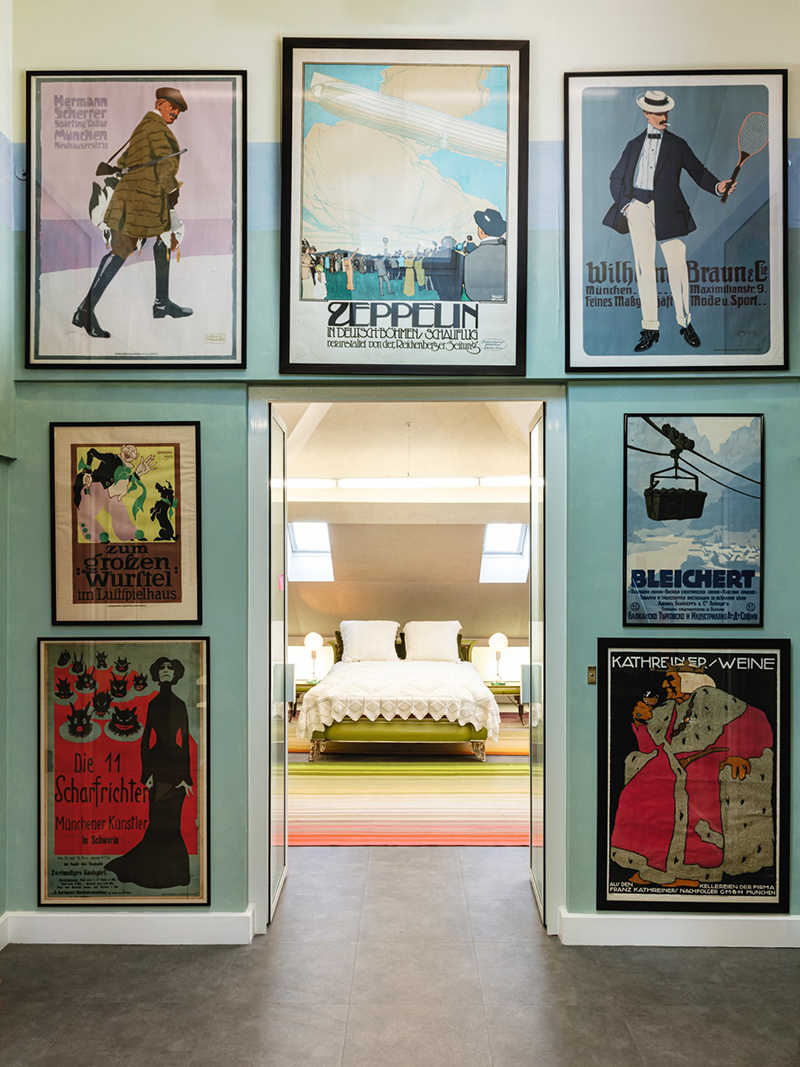 While Karl Lagerfeld was decidedly minimalist in his dress, always seen in black-and-white suiting and signature sunglasses, his possessions were decidedly maximalist. Filling his beautiful residences in Monaco’s Millefiori tower, Louveciennes, and Paris were furnishings by top talents such as Marc Newson, Martin Szekely, Christian Liaigre, and Konstantin Grcic; artworks by Takashi Murakami and Joana Vasconcelos; Goyard luggage; and a vast array of collectibles depicting Lagerfeld and his beloved blue-cream tortie Birman cat, Choupette.

Last winter, Sotheby’s mounted the first in a series of live and online auctions to disperse the late Chanel designer’s extensive holdings. Sales in Paris and Monaco have already achieved more than €18.2 million, with many of Lagerfeld’s meticulously curated belongings realizing staggering sums that far exceeded their pre-sale estimates. 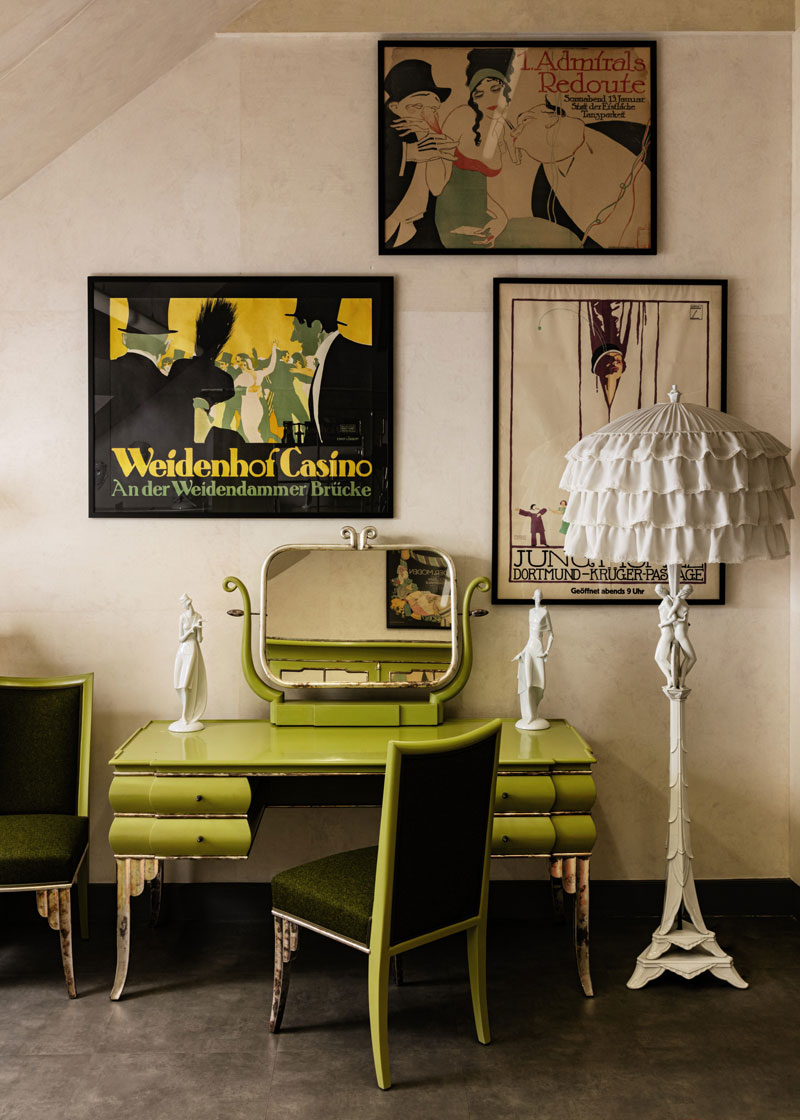 Now, the final sale of Karl Lagerfeld’s estate is set to take place in Cologne, in a two-part live auction taking place on May 4 and 5, and an online event, opening April 29 and running through May 6. These last groupings encompass more than 480 lots, many of which pay homage to the designer’s German heritage and were largely sourced from the designer’s Louveciennes home in Île-de-France. Collectors will find everything from a vast selection of vintage German advertisements to furniture by Christian Liaigre and Bruno Paul, illustrations by Lagerfeld himself, and clothing from the designer’s high-fashion holdings. 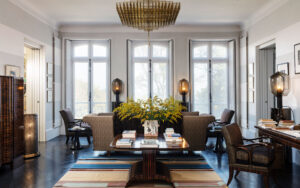 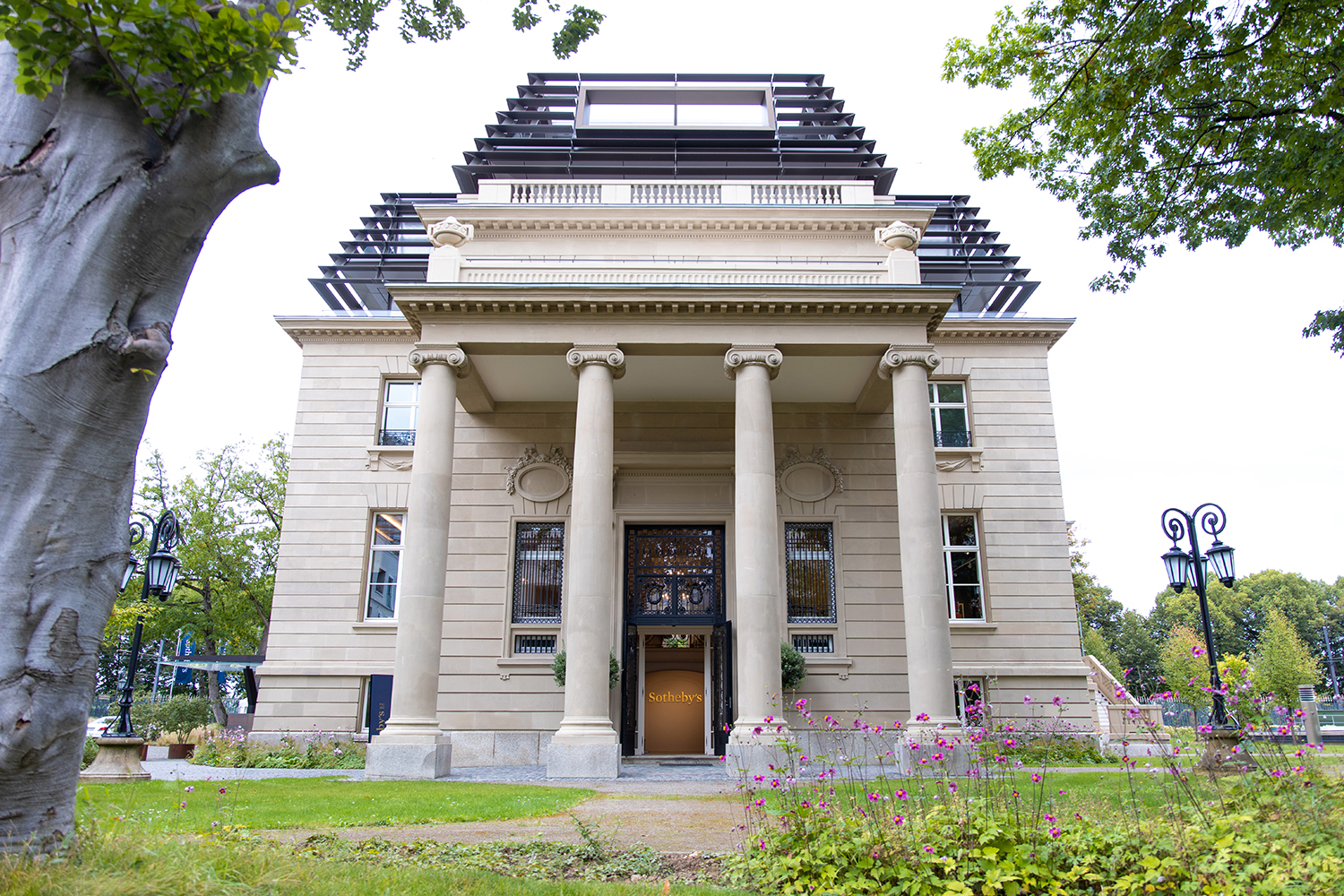 Notably, the live event features more than 200 lots and will be the first in-person sale to be held in Sotheby’s new German flagship at Cologne’s Palais Oppenheim. The reimagined palace, which opened last September, marks the storied auction house’s sixth location and boasts a breathtaking setting overlooking the Rhine River.

Below, a look at some of the unique pieces coming up for auction at Sotheby’s. 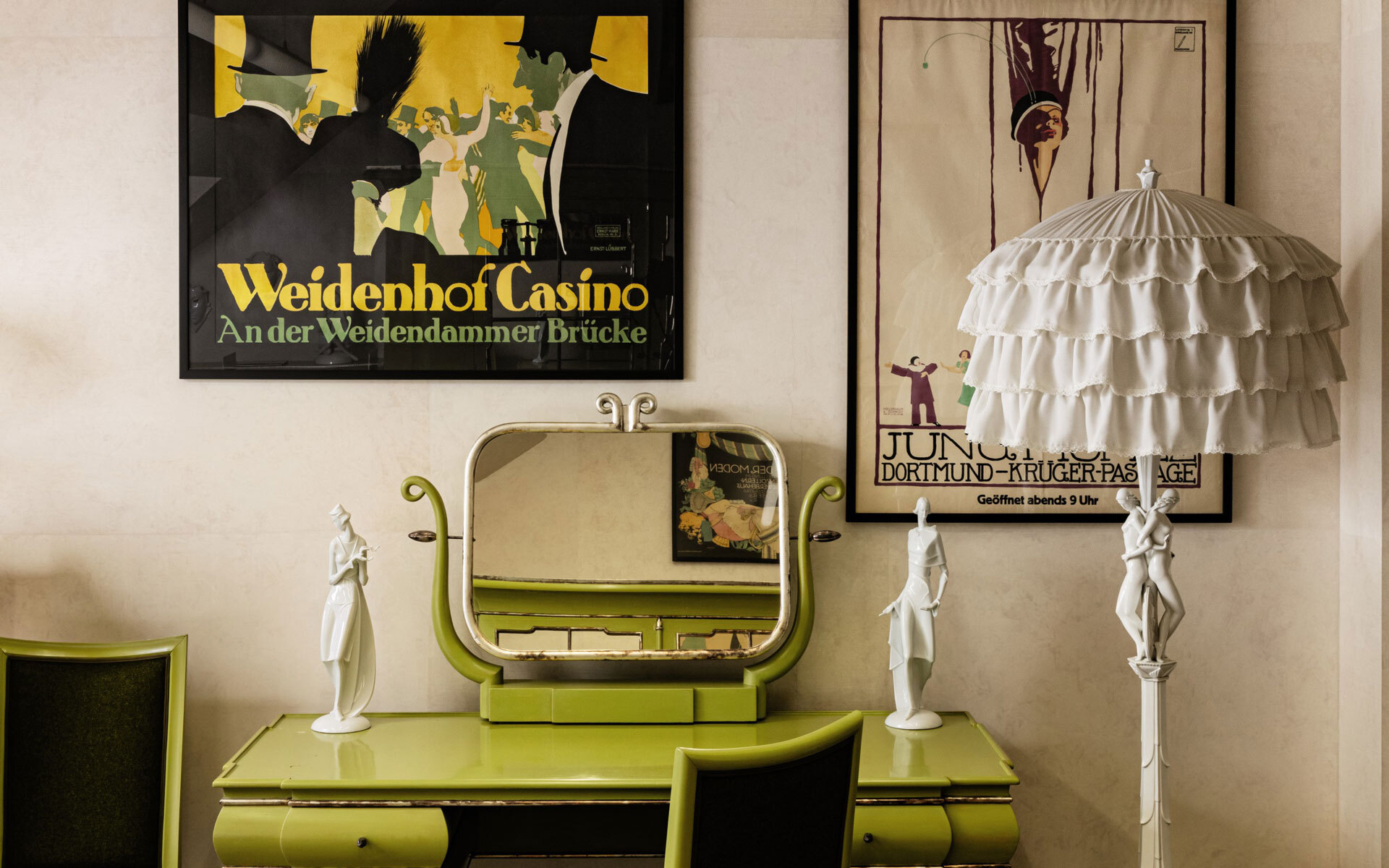 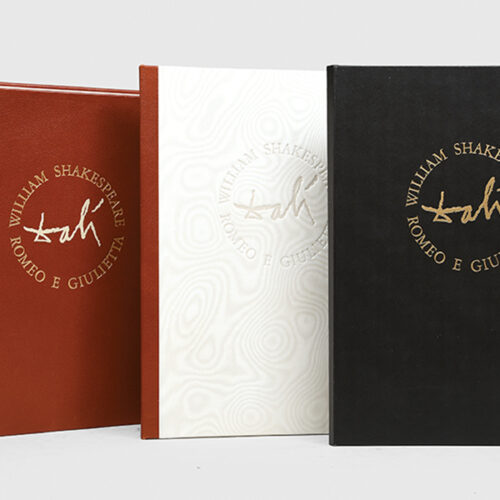 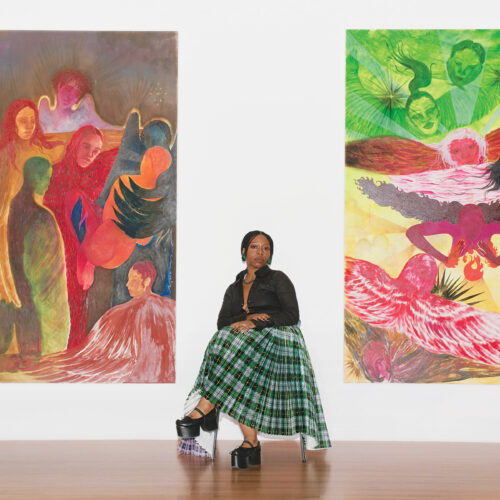 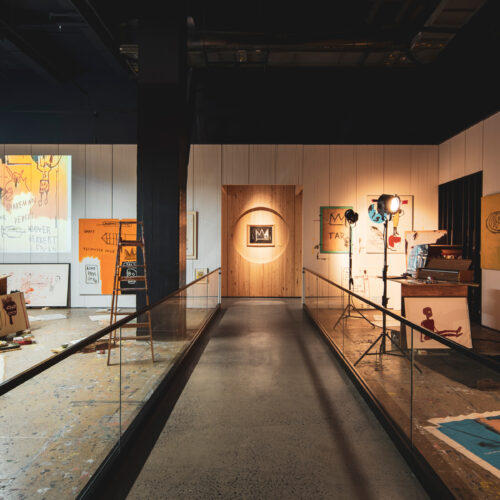