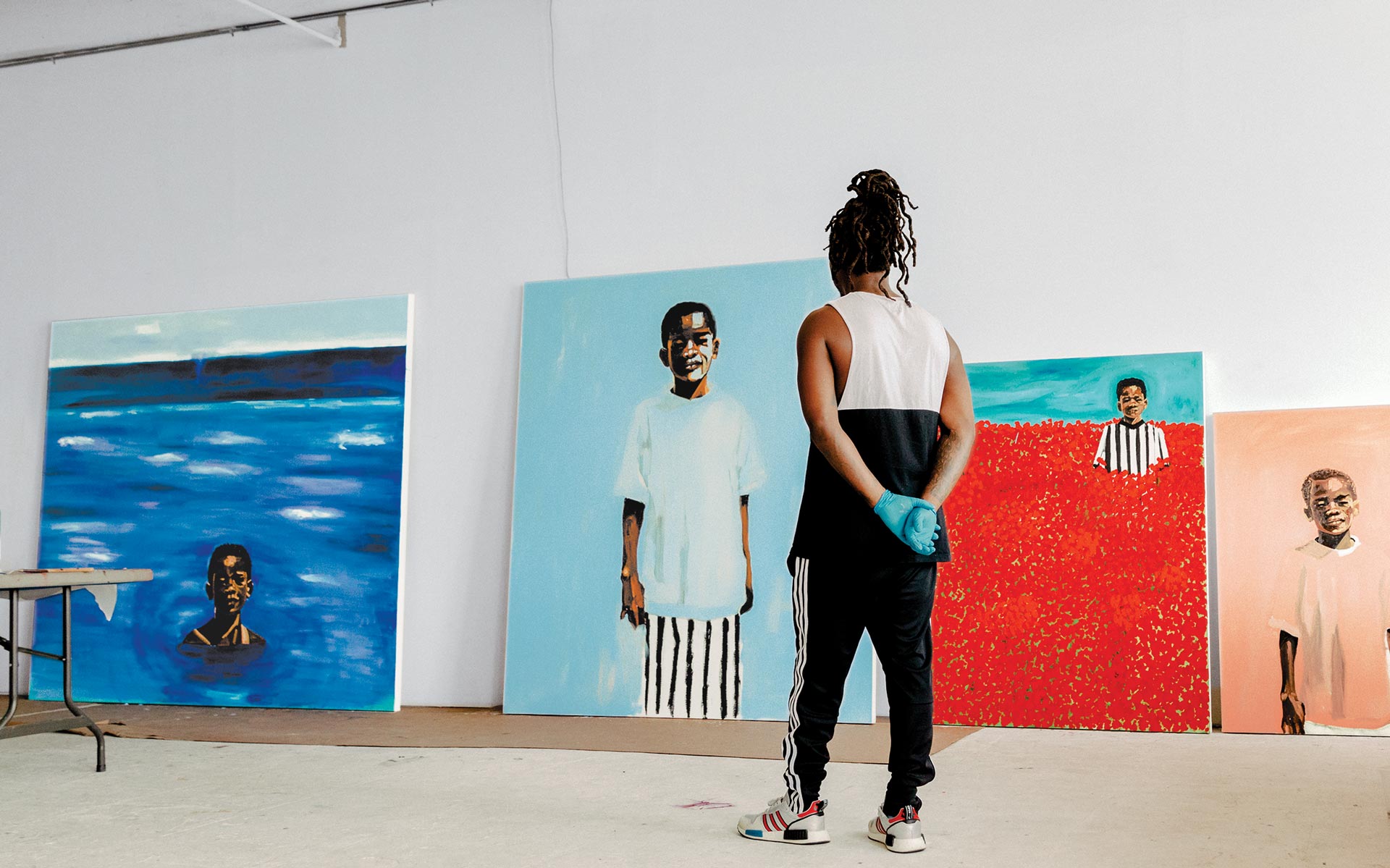 The artist with recent works now on view in the exhibition “Sounds of Color: Recorded Memories," at Mariane Ibrahim in Chicago, through October 22.
Photo: Evan Jenkins 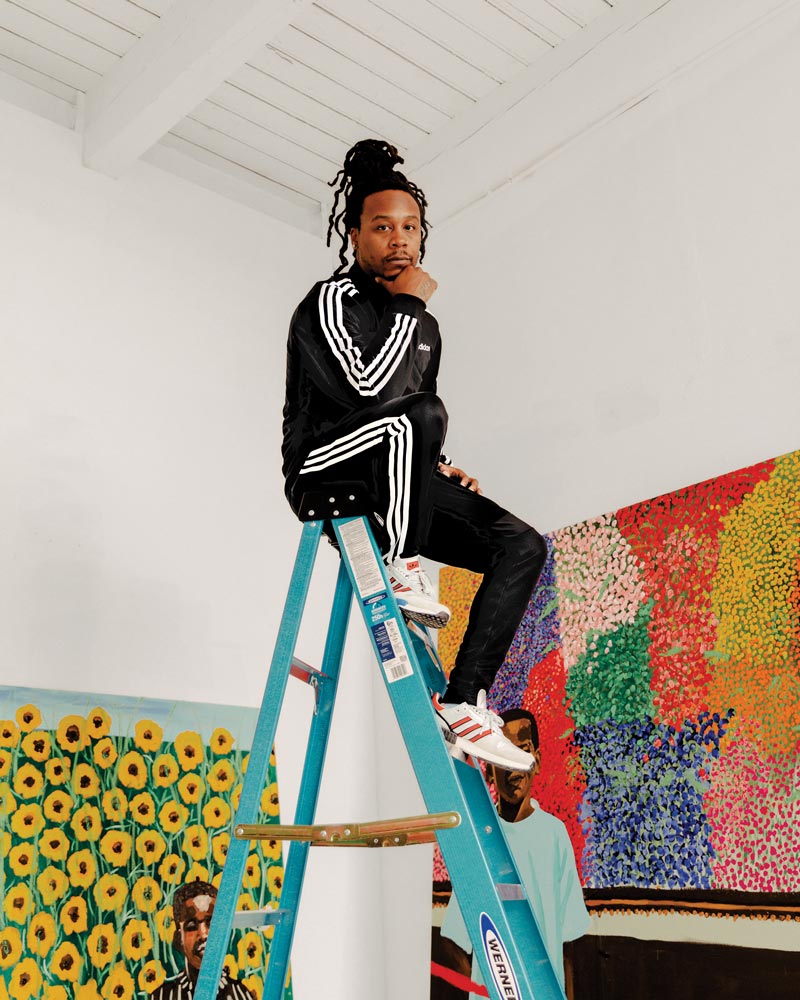 “The mundane is valuable because these are our stories,” says Baltimore artist Jerrell Gibbs, whose figurative paintings are rooted in his upbringing, family, and community—narratives that are often overlooked by mainstream media. Gibbs was in the MFA program at the Maryland Institute College of Art a couple of years ago when his work was discovered by dealer Mariane Ibrahim, who is mounting his first solo exhibition at her Chicago gallery this September.

Employing predominantly oil paint, Gibbs applies loose brushstrokes and harmonic color palettes to conjure moments and memories of his childhood experience. Using the subjects in his paintings as an extension of himself, the artist guides the viewer into his past, gently revealing parts of his life. “When I look at the pictures in photo albums or think about conversations that I’ve had with family and friends, I’m thinking about the stories that are left out,” says Gibbs. 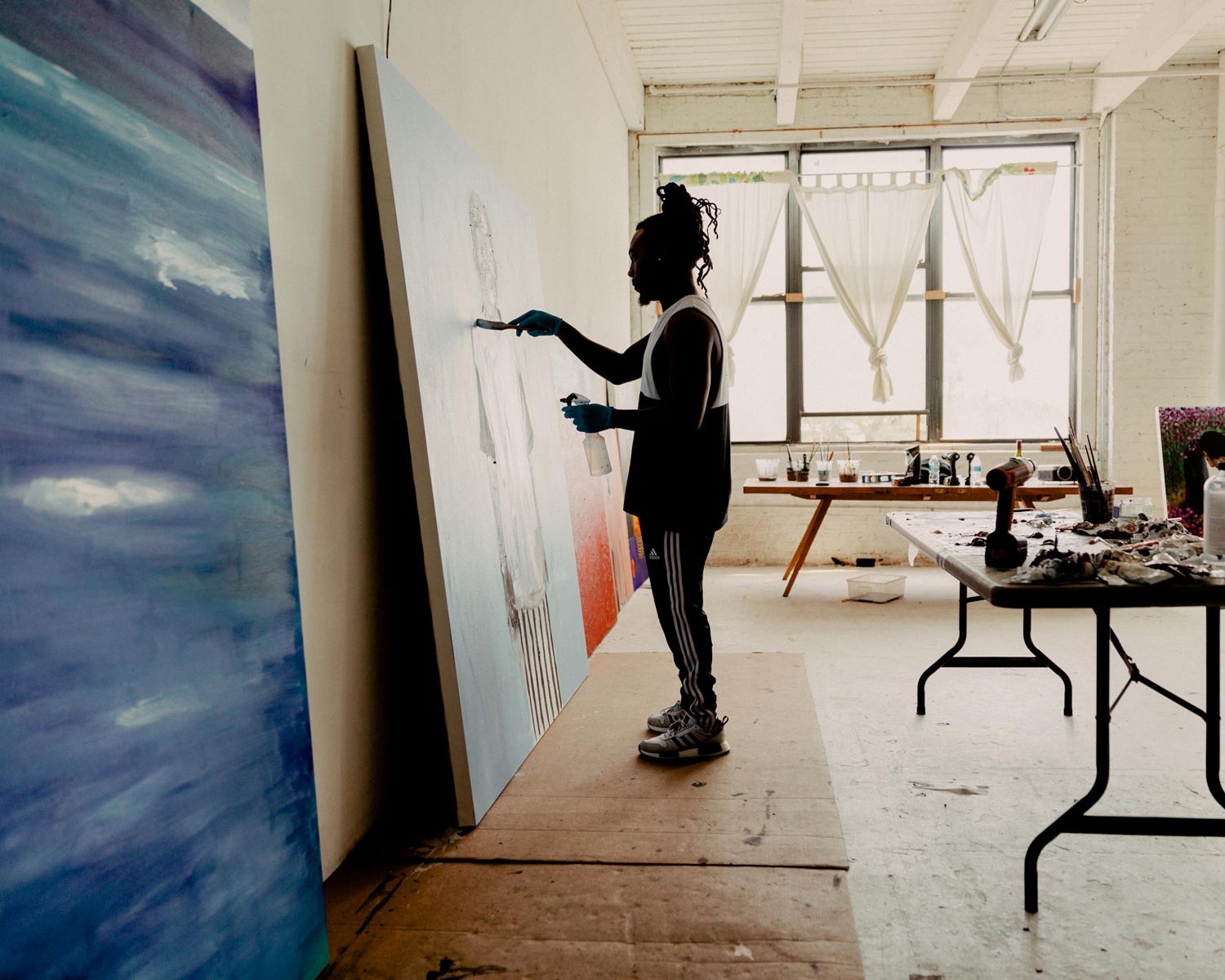 In his newest series, “Sounds of Color,” which will are being exhibited at Mariane Ibrahim’s Chicago gallery through October 22, Gibbs considers the role music has in his life and the voices of the people his art represents. With each piece titled after a specific musical note, he plays with the contrast of dark skin tones against pastel backgrounds. From C Sharp to B Sharp, the paintings’ titles ascend in pitch with correlating color schemes. As the pitch goes higher, the palette shifts from warm to cool. 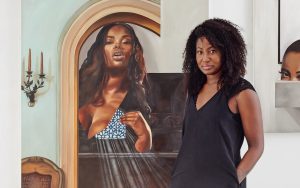 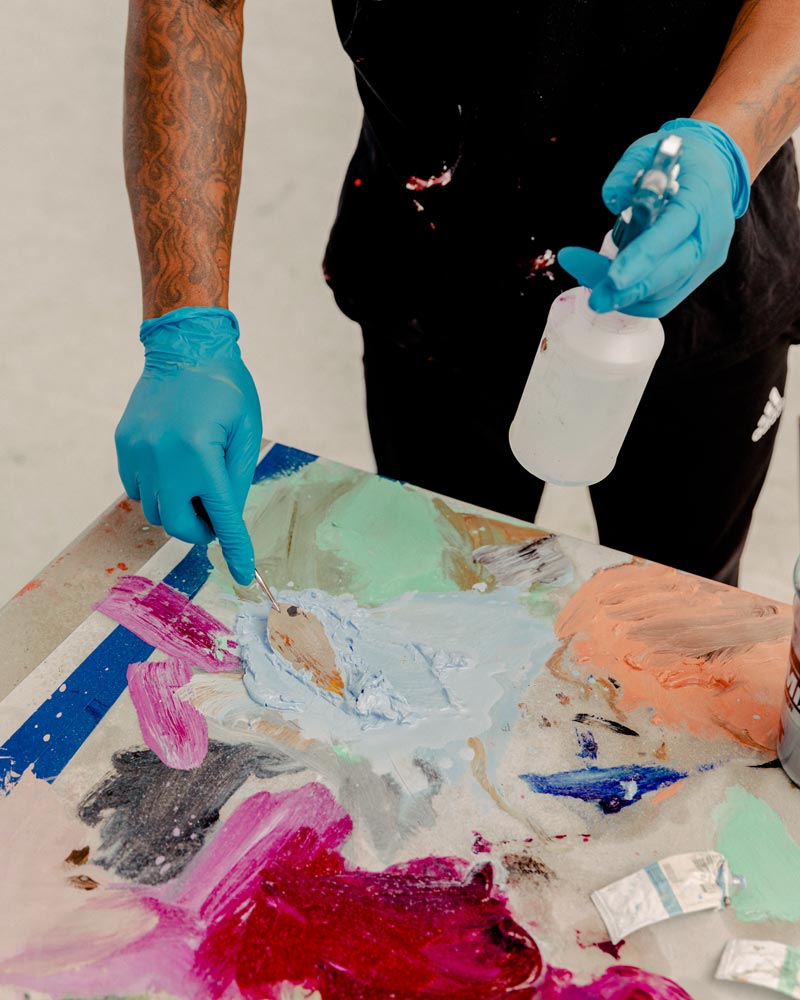 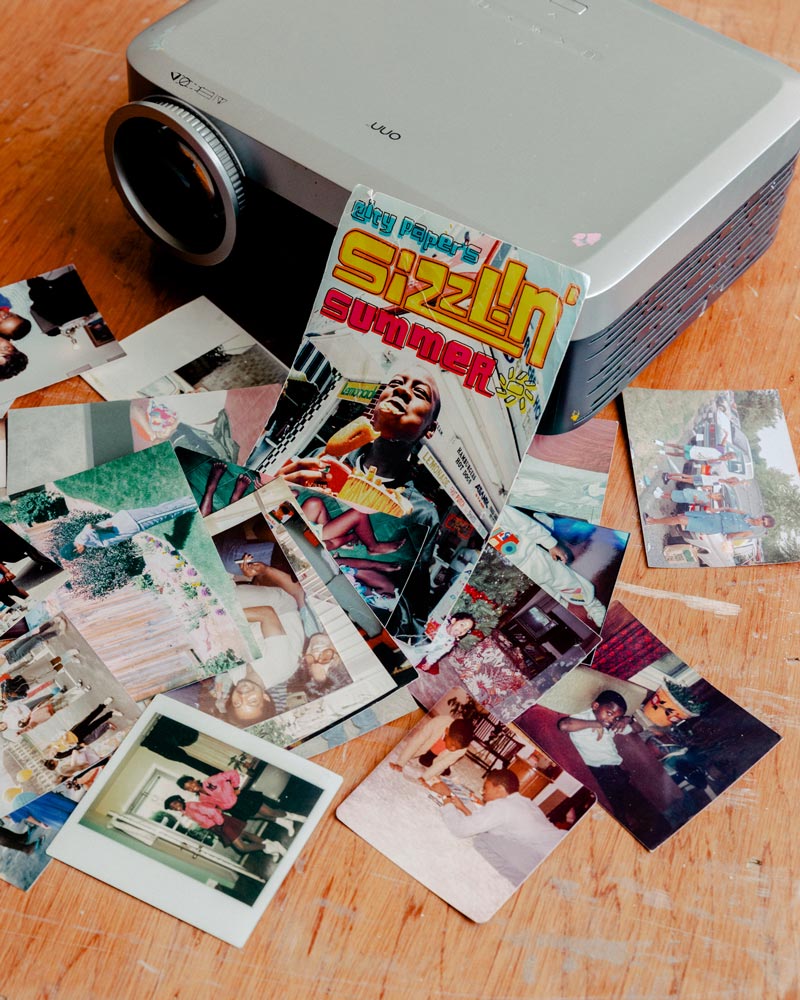 Gibbs draws from personal photos and other media for inspiration. Photo: Evan Jenkins

Ultimately, Gibbs hopes that viewers’ eyes will be opened by his art, which has been acquired by Beijing’s X Museum, the Columbus Museum of Art in Ohio, and most recently the Baltimore Museum of Art. “My paintings act as a voice for the stories that haven’t been told,” the artist says. “My goal is to have people see and hear what I see and hear—our truths.”

A version of this article first appeared in print in our 2021 Fall Issue under the headline “Freeze Frames.” Subscribe to the magazine. 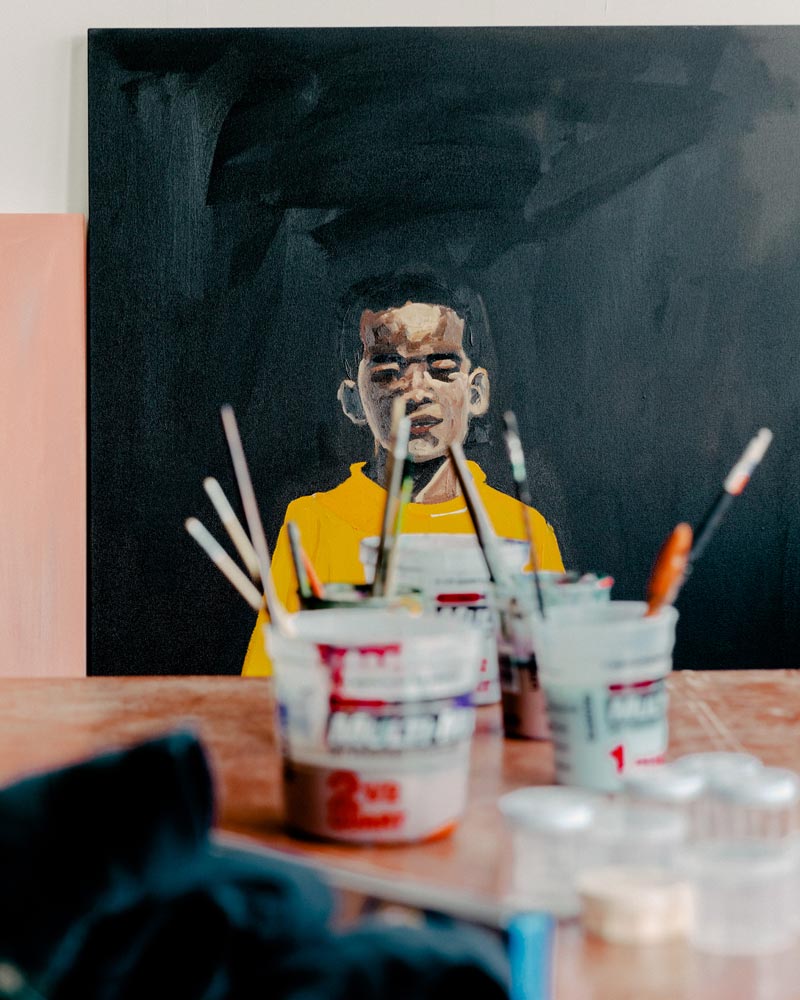 Each work is titled after a specific musical note, ascending in pitch with correlating color schemes. Photo: Evan Jenkins

Cover: The artist with recent works now on view in the exhibition “Sounds of Color: Recorded Memories," at Mariane Ibrahim in Chicago, through October 22.
Photo: Evan Jenkins
Next Post