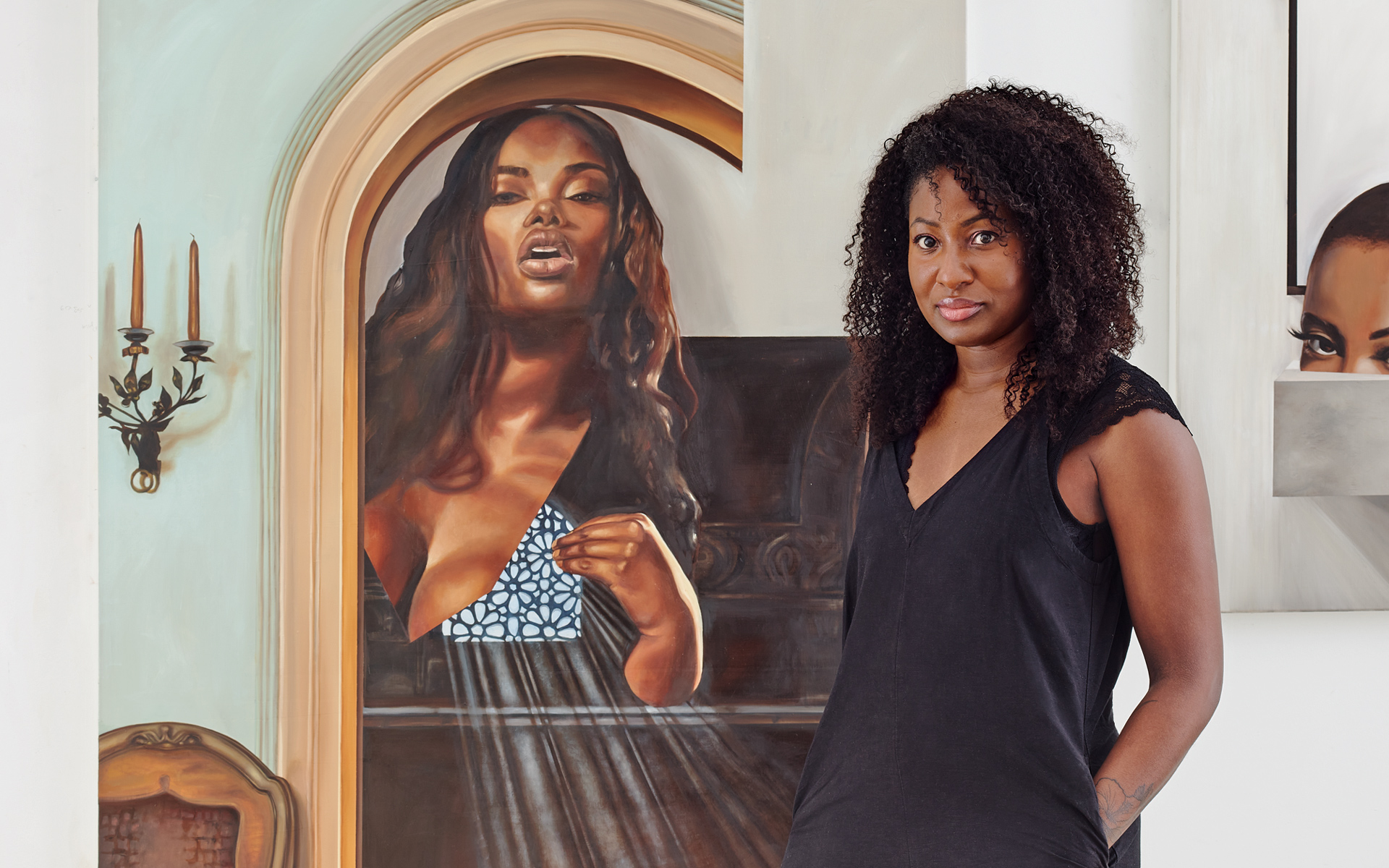 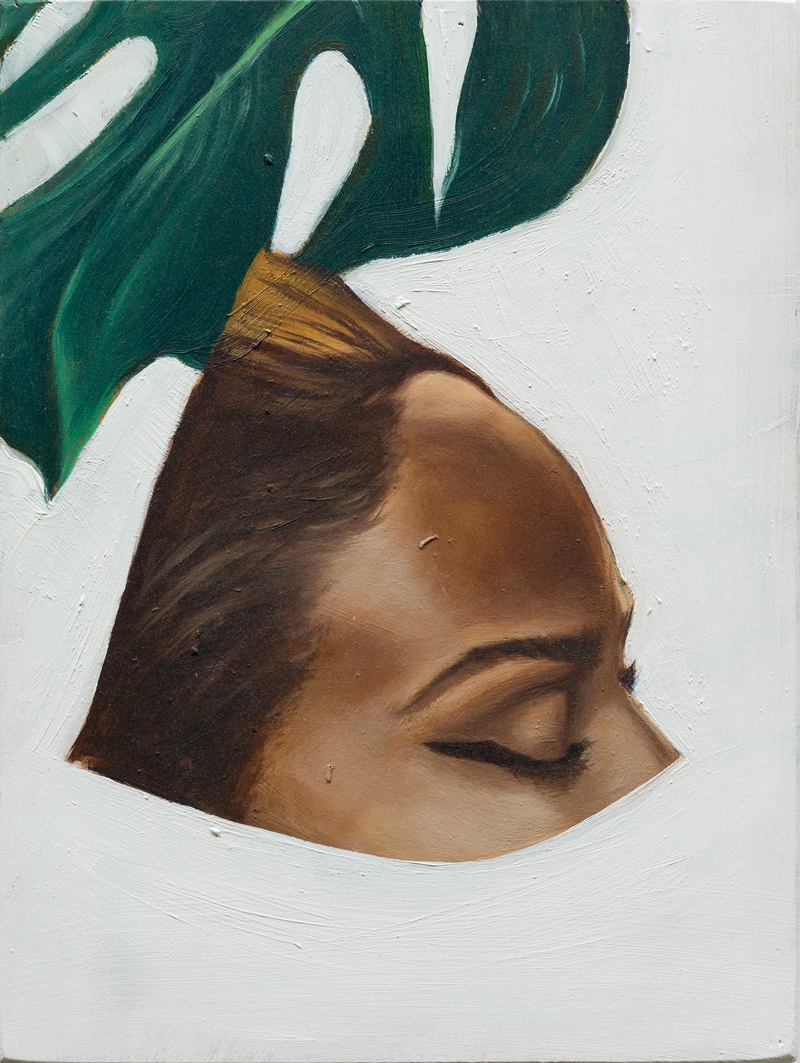 “My work is about performance and mobility,” says Shannon T. Lewis, whose vivid, expansive paintings feature Black female forms that drift in and out of luxurious yet eerie architectural spaces. Fragmented limbs and obscured faces are exactingly configured within furnishings, forming a fleeting, surreal dreamscape that feels as though it could all change in an instant.

An artist of Caribbean descent, Lewis draws on her personal experience living in Canada and London; now based in Berlin, she creates ethereal works that shine a light on topics of culture, class, and body politics, as well as marginalized identities. “As an immigrant, you learn that the performance of everyday life is at the forefront,” she says. “Every environment you live in gives you a different perspective on the world, and how you are read in these spaces changes each time.”

Working from her airy studio in a former factory shared by an artist community, Lewis begins with assemblage, sourcing images from fashion and design magazines as well as the internet and Instagram, before collaging them together to form a narrative. For the figures she depicts, she focuses on the gesture—the small movements that are not so easily read. “I like to think that I am making a portrait, but it is the moment just after or just before the pose that I want to capture. Those in-between moments.” Often, the figures are painted right off the edges or parts of the
canvas are left untouched. “I like that you can see my hand in the work, to show that I am actively constructing this world, like we are actively
creating our spaces in real life.” 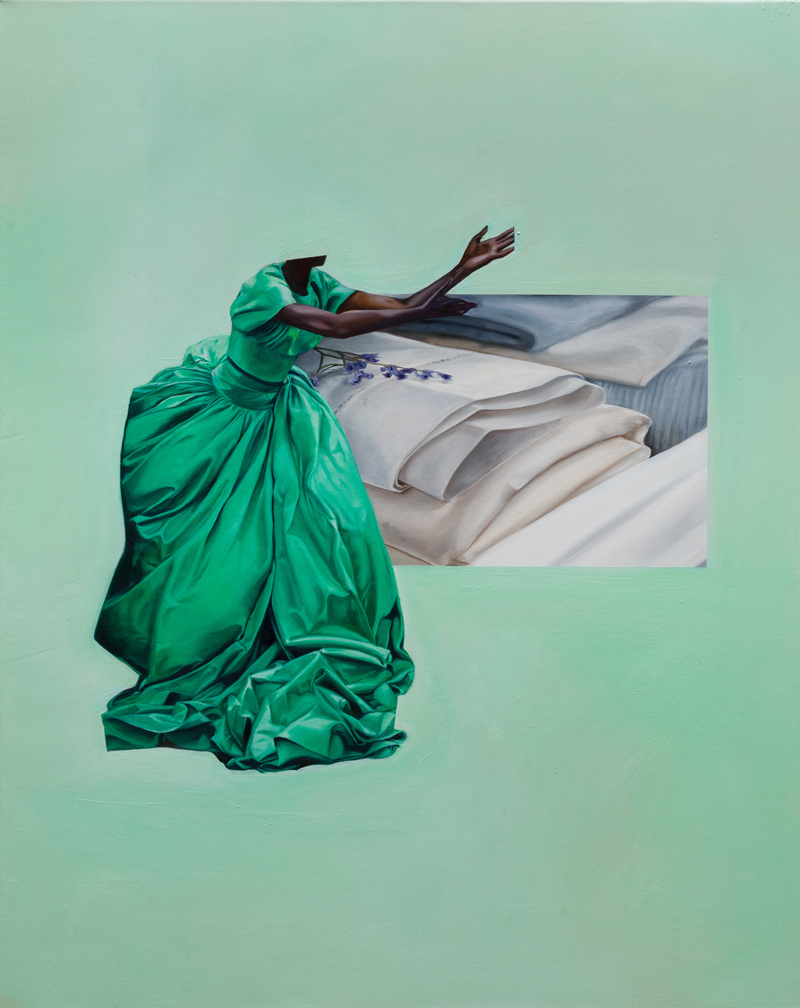 Lewis recently joined Mariane Ibrahim gallery after a work showcased at a festival in Switzerland caught the discerning dealer’s eye. “We spoke that day for about two hours,” says Lewis, whose first exhibition with the Chicago gallery is slated for next year. “You always hope your work is doing what you want it to, but for her to pick up on and understand the subtleties was so special.”