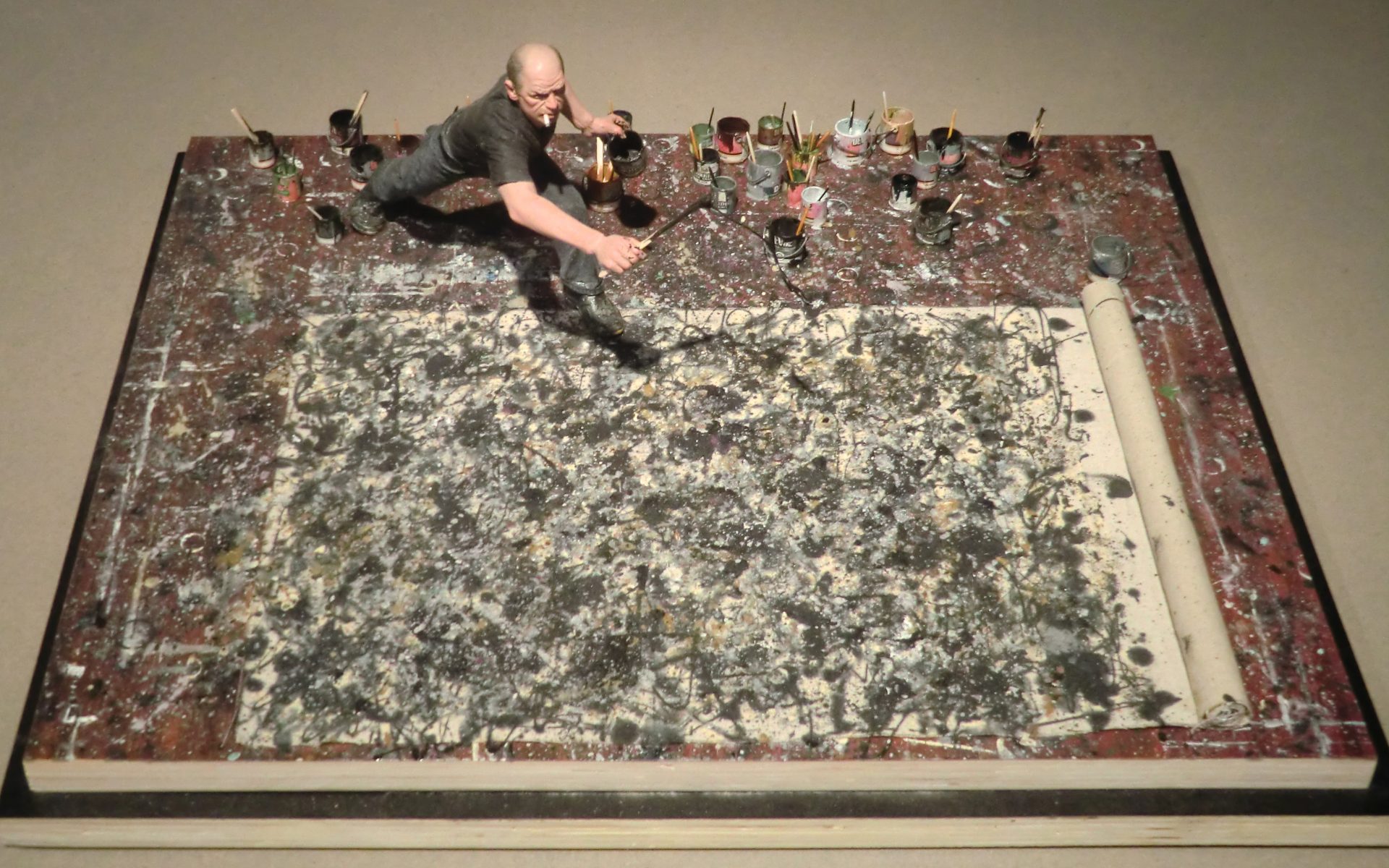 The incredible six-month conservation treatment at the Museum of Contemporary Art, Los Angeles, sheds groundbreaking insight into his practice

While the old adage states that there’s nothing quite as dull as watching paint dry, watching 70-year-old paint as it’s restored to its former luster is, apparently, a rollercoaster of emotion.

“It’s always a big thrill when you find a cigarette butt in a Jackson Pollock painting,” said private paintings conservator Chris Stavroudis, speaking earlier this spring at the Museum of Contemporary Art, Los Angeles. He had just begun his public restoration of Number 1, 1949, a Pollock painting tangled with strands of oil paint, house paint, car paint, and more.

During the six-month process, which ended at the end of August, he made a number of small discoveries while painstakingly removing decades’ worth of dirt from Pollock’s iconic drips of paint. They run the gamut from cigarette butts to hidden layers of paint and nails, all of which shed greater insight into the artist’s practice. (Stavroudis even found a honeybee embedded in Pollock’s paints as well, although he hopes that it was trapped there by mistake.) One of Stavroudis’s most exciting finds were the tendrils of orange paint hidden underneath Pollock’s composition. “Down past the surface layer of paint [you can see] this orange kind of glowing through the cracks,” he said in conversation with MOCA curator Anna Katz, a small detail that speaks volumes.

It indicates Pollock’s deliberate reevaluation of his compositional choices, reinforcing “this idea that Pollock wasn’t just this cartoon character that he became in popular culture, just throwing paint around… We have that really intense focus on his part of determining the balance in these paintings, even though it seems sporadic and uncontrolled.” As a conservator, Stavroudis’s combined the skills of an art historian, chemist, painter, and detective amount to informed decisions when confronted with difficult choices. His process pits the preservation of aging materials against the artist’s original vision, a quandary that’s proven to be controversial in the past.

The “over-cleaning” of Old Masters paintings, for example, have sometimes changed the brightness of the paints to the point where they no longer reflect the original composition. In the case of Pollock, the disparate materials prove especially challenging. “If can we recover the the bright shining silver and recover the white of those oil tendrils, how is that offset by the discoloration of the fabric around?” Stavroudis asked. “There’s no question that this painting should be cleaned, but it’s something to recognize that materials have changed. It will never look like the day it came out of Jackson Pollock’s studio or off of his floor. That’s one of the things we wrestle with.”

The historical implications of the conservator’s work sometimes weigh heavily on his mind. “It’s humbling to think that if something happened to this under my watch,” Stavroudis added, “I would be an asterisk in art history. That’s more than humbling—it’s a bit frightening.” Archival videos of the artist working were on display. Photo: Brian Forrest, Courtesy of The Museum of Contemporary Art, Los Angeles

For an art enthusiast, however, the benefits far outweigh the risks. “The fact that we get to touch the painting and look at it under really bright light is one of the perks of the job.”