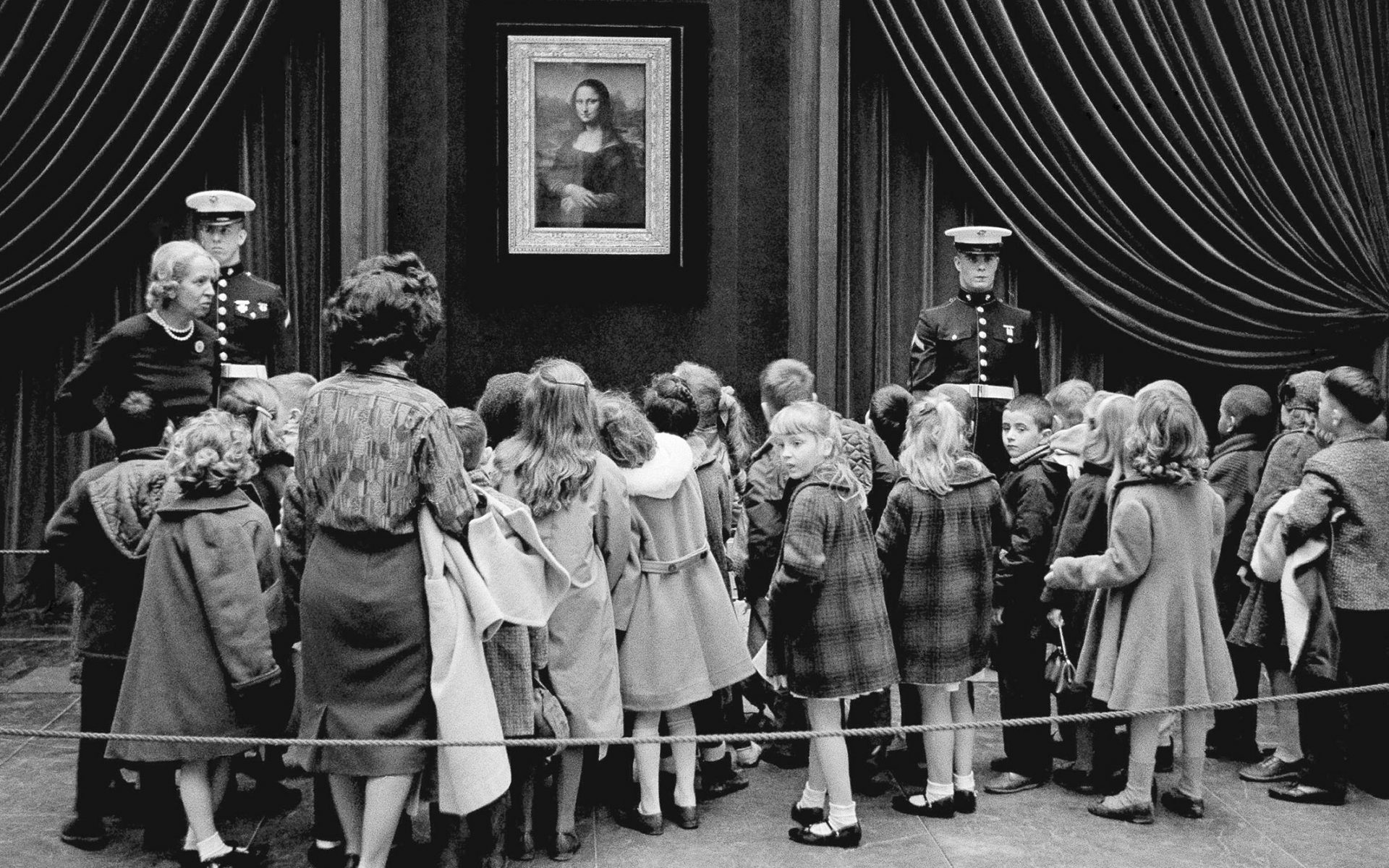 Young visitors crowd around the *Mona Lisa* during its visit to the National Gallery of Art in Washington.
Photo: AP Images 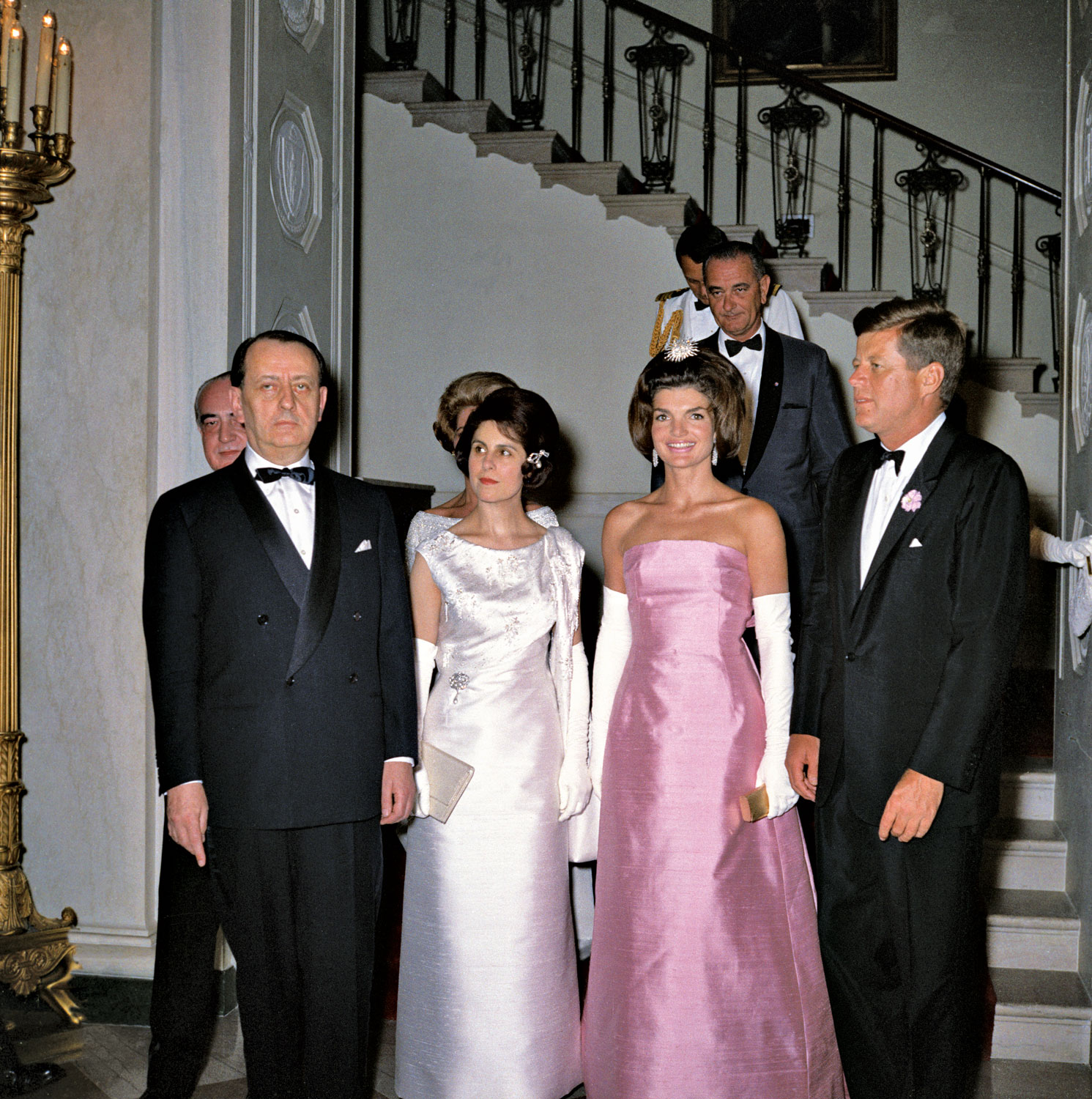 Jackie Kennedy in a dress by Oleg Cassini with President John F. Kennedy (and Lyndon Johnson standing behind them) and French Minister of Cultural Affairs Andre Malraux before the May 1962 dinner. Photo: Abbie Rowe, White House/John F. Kennedy Presidential Library and Museum

Among the postwar American figures who inspired the nation’s love of the arts, Jacqueline Kennedy was a leading light. The First Lady believed that the White House should showcase America’s cultural heritage. She was instrumental in having Congress declare it a museum in 1961 and undertook a complete renovation that culminated in her televised tour of the White House in February 1962.

But Mrs. Kennedy also wanted to bring art to the people outside the presidential residence. As recounted in Margaret Leslie Davis’s 2008 book, Mona Lisa in Camelot: How Jacqueline Kennedy and Da Vinci’s Masterpiece Charmed and Captivated a Nation, recently reissued by the White House Historical Association (a nonprofit organization the First Lady founded), Mrs. Kennedy succeeded beyond all expectations. 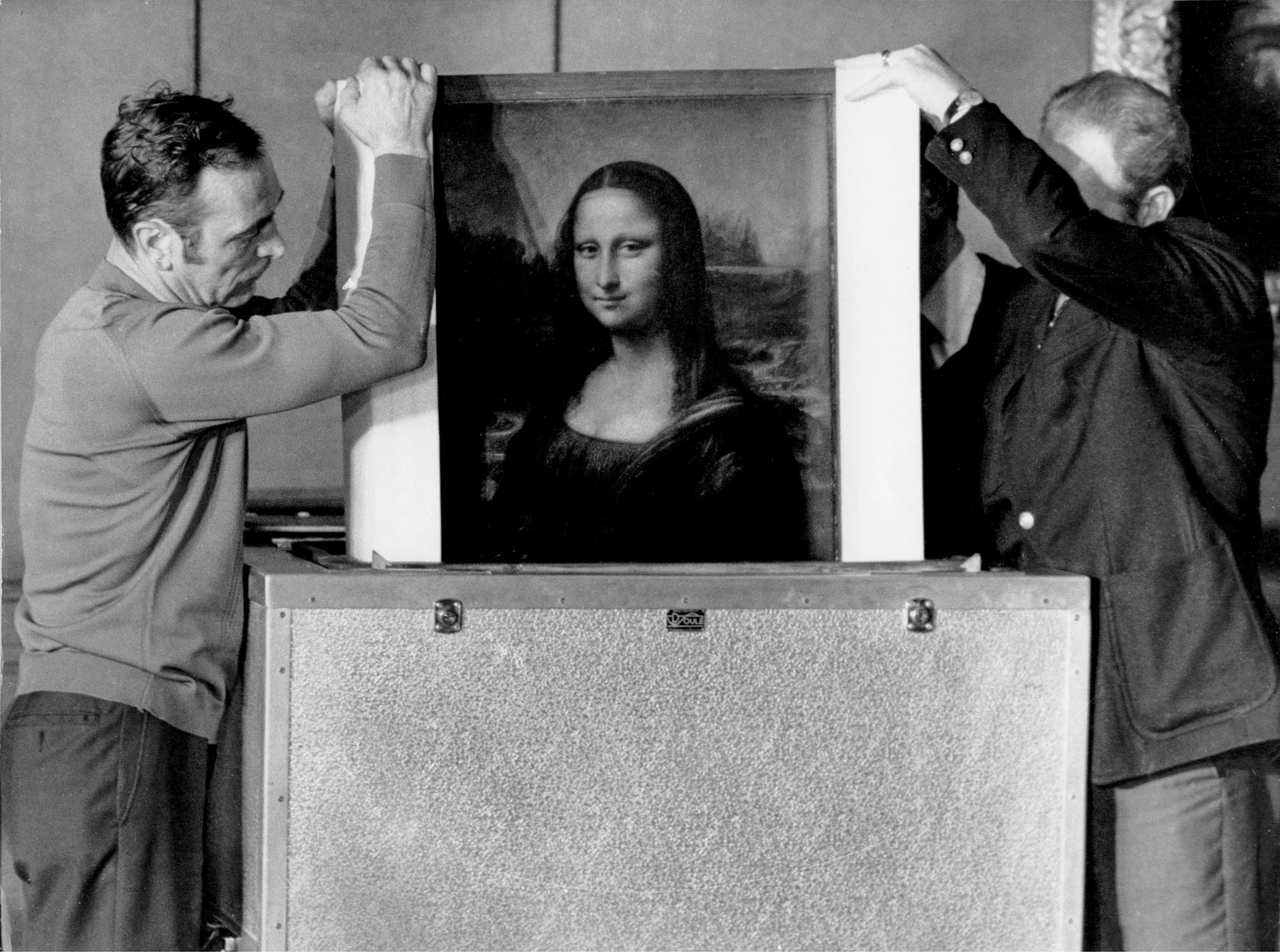 Handlers pack up the painting for its voyage to the U.S. two months prior. Photo: Imagno/Getty Images

Her promotion of the visual arts began during her first year in the White House, when she regularly visited the National Gallery of Art to see her friend John Walker, the museum’s director, and got better acquainted with its treasures. She had developed a relationship with Walker as a teenager while spending time at her family’s Virginia home and going to the National Gallery with her mother. It was where her love of art and culture began, flourishing further during her junior year studying at the Sorbonne in Paris. 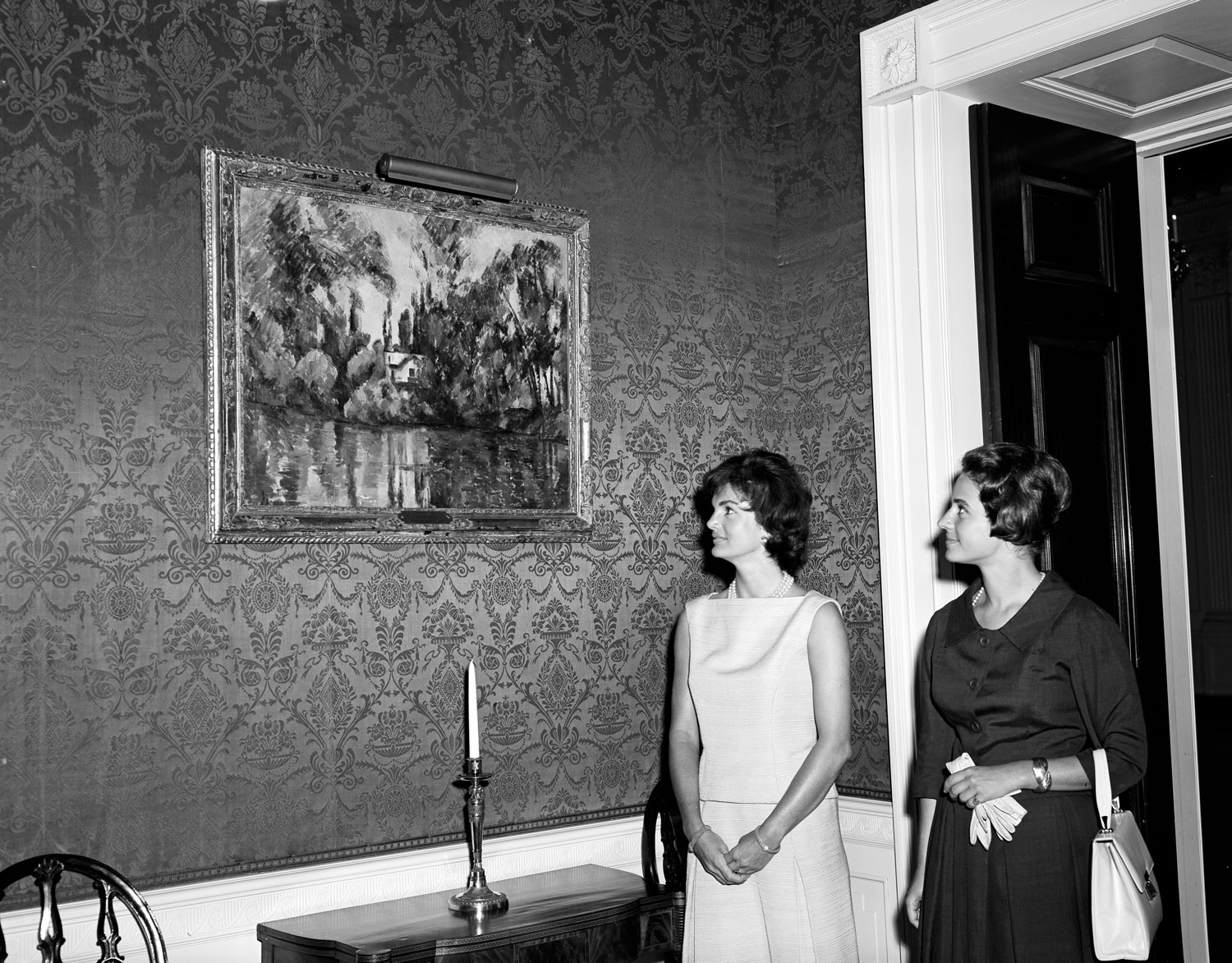 Mrs. Kennedy admiring House on the Marne by Paul Cezanne. 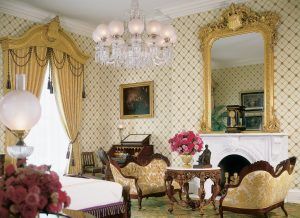 When the Kennedy family moved into the White House, Mrs. Kennedy found predominantly neoclassical, Federal-style furnishings that had been chosen in the 1920s, much to her dismay. During her renovation, to replace the many reproductions hanging on the walls, she convinced Walker to let her borrow two of her favorite Cézanne landscapes from the National Gallery. She proudly hung them in the new Green Room, soon the highlight of the presidential parlor. 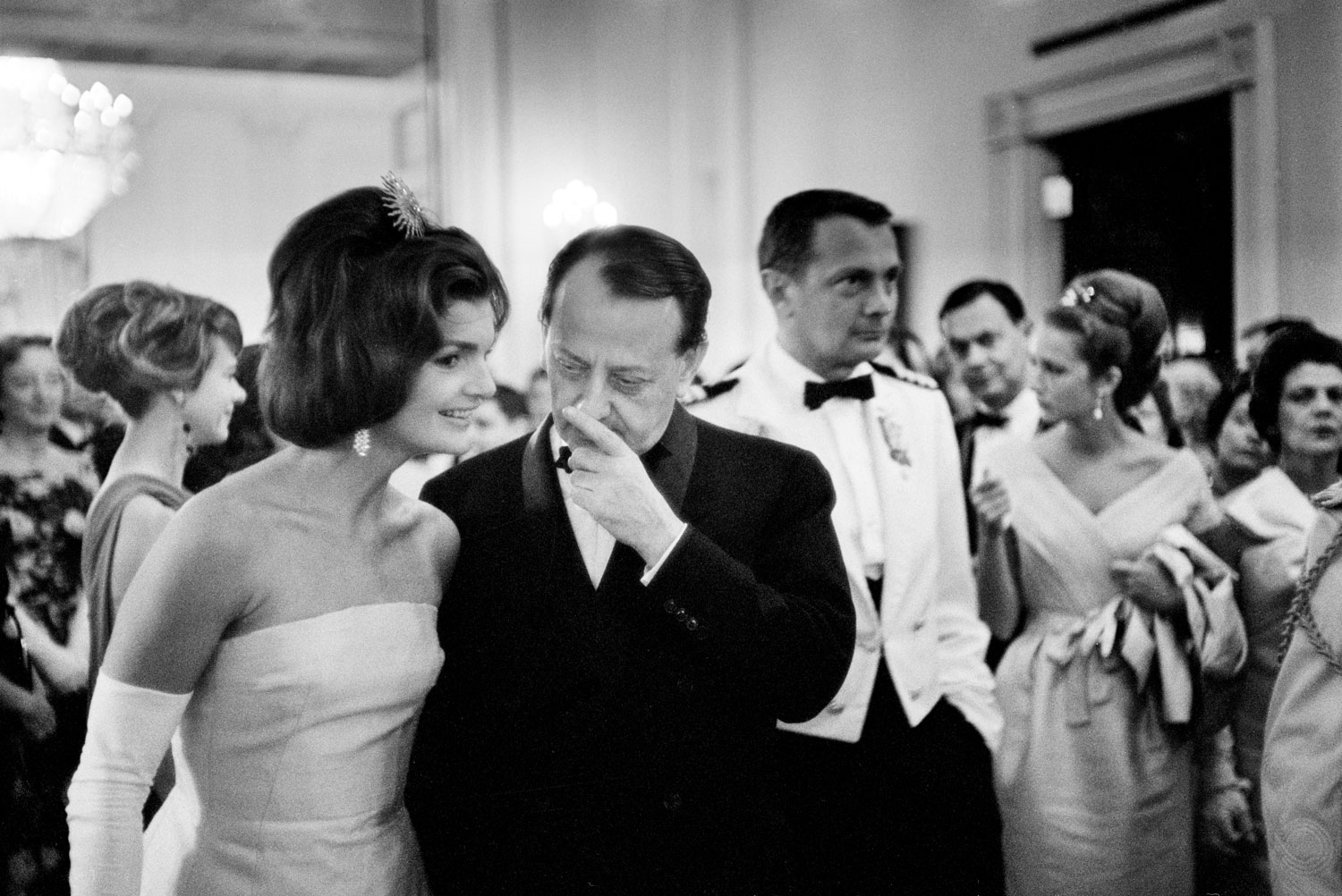 Mrs. Kennedy’s boldest move came during her first year in the White House, on the occasion of a presidential trip to Paris. She had been enthralled with André Malraux’s famous novel La Condition Humaine (Man’s Fate) as a French-literature student, and she had always wanted to meet the writer, who was now France’s minister of culture.

Upon her arrival in France, Malraux personally escorted her through Paris’s sites while her husband met with President Charles de Gaulle. After she attended several engagements, the French public was charmed by the American First Lady’s perfect French and deep knowledge of the country’s rich history. 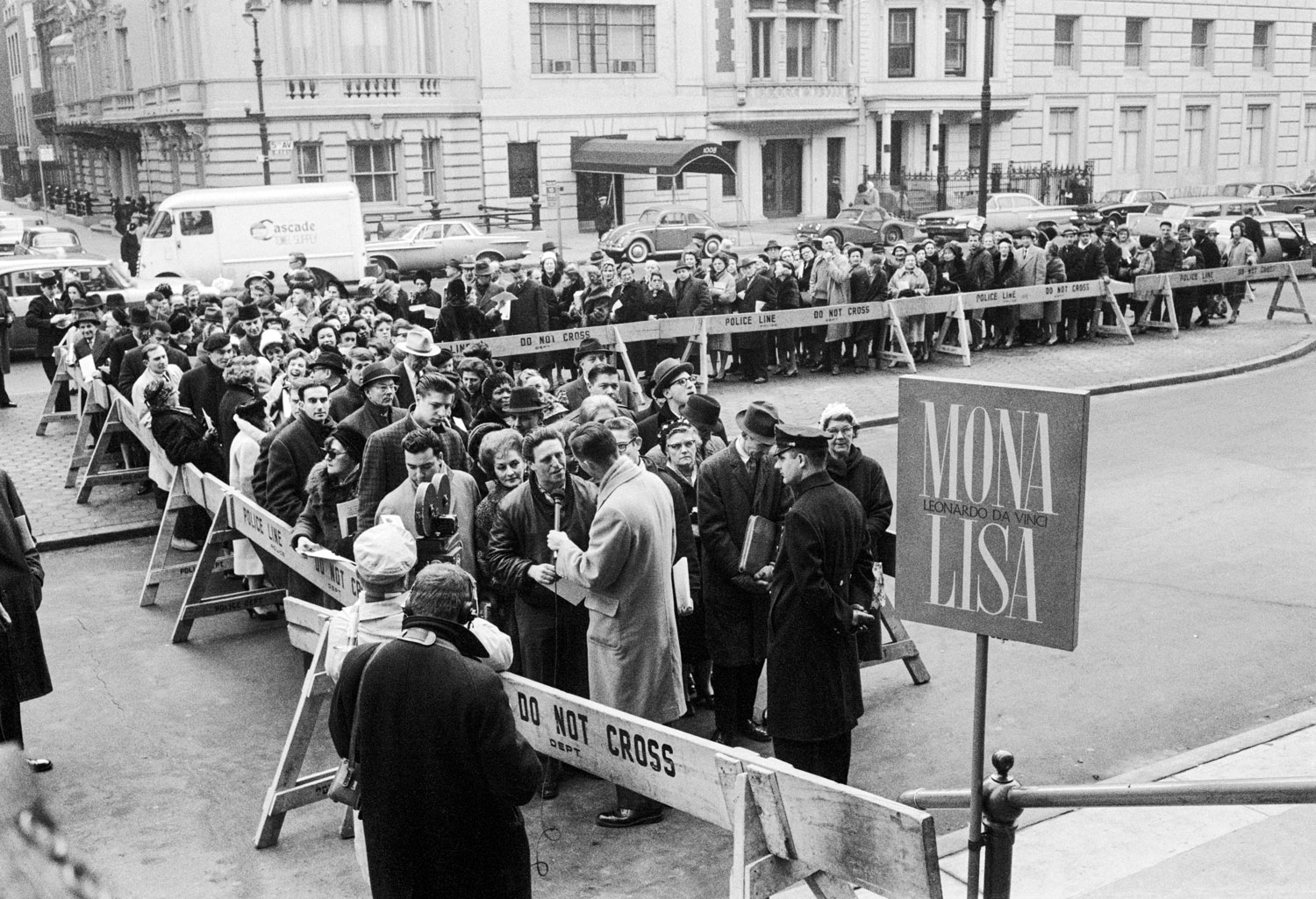 It was apparent that President John F. Kennedy was upstaged by his wife when he exclaimed: “I am the man who accompanied Jacqueline Kennedy to Paris!”

Mrs. Kennedy also charmed Malraux. At their final dinner in Paris, the First Lady told him about her dream of bringing da Vinci’s Mona Lisa—one of art history’s greatest masterpieces and the most famous painting in the Louvre—to the U.S. to share with millions of Americans. He whispered a promise that he would try to persuade the Louvre to loan it. Overcoming strong resistance (the painting was, and still is, considered a national treasure), Malraux prevailed. The fragile painting would have to be transported by the SS France ocean liner in a temperature-controlled box in its own stateroom, accompanied by armed guards. The temperature, which was alarm-monitored, would not be allowed to fluctuate by more than one degree throughout the entire journey! 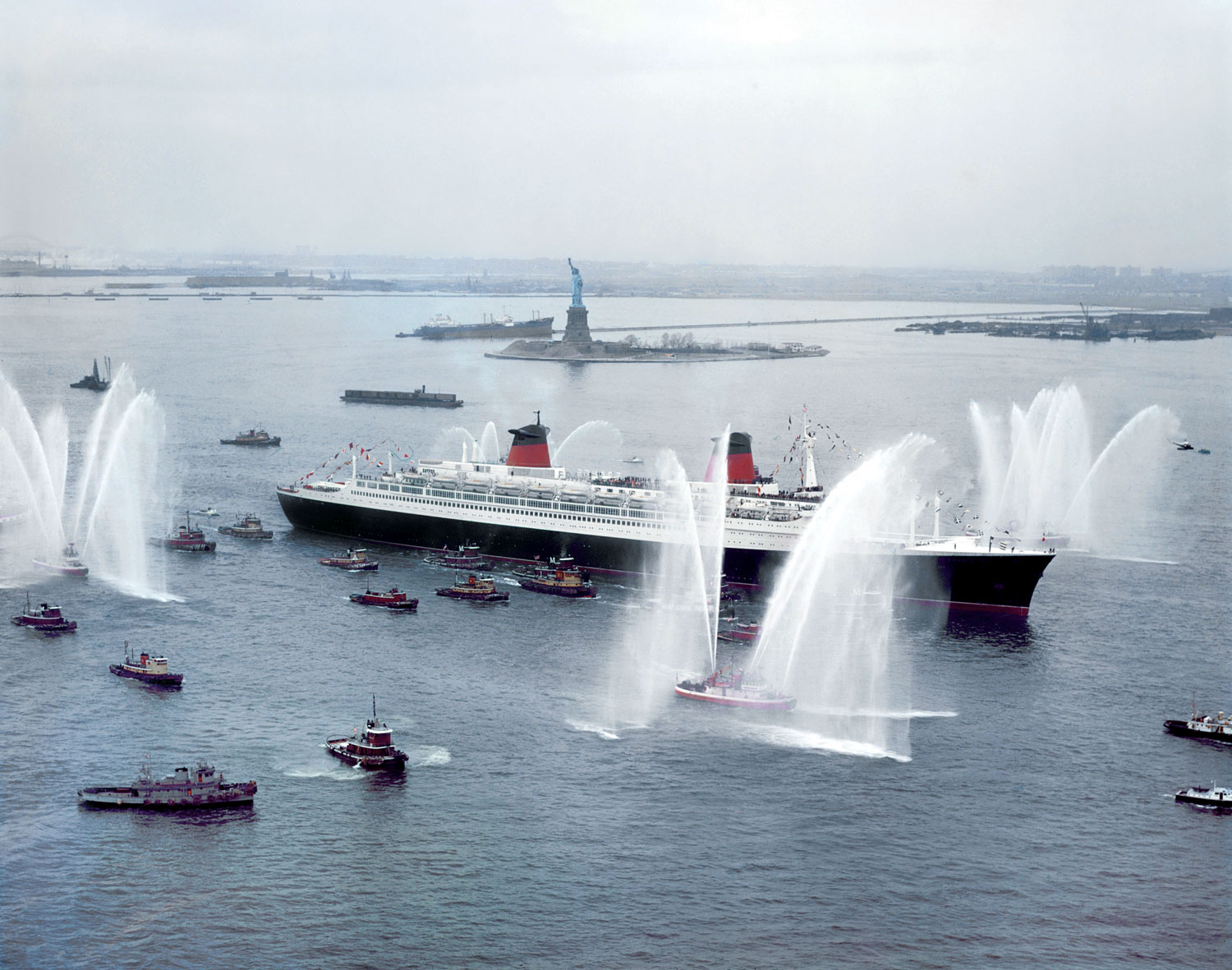 And so, in December of 1962, Mrs. Kennedy’s dream came true as the Mona Lisa reached American shores, stopping first at the National Gallery, then at New York’s Metropolitan Museum of Art. Nearly two million people ended up viewing the masterpiece, many traveling long distances and waiting in line for hours. Jacqueline Kennedy had brought the best of the visual arts to the American people and, in doing so, created a blockbuster show that made history. 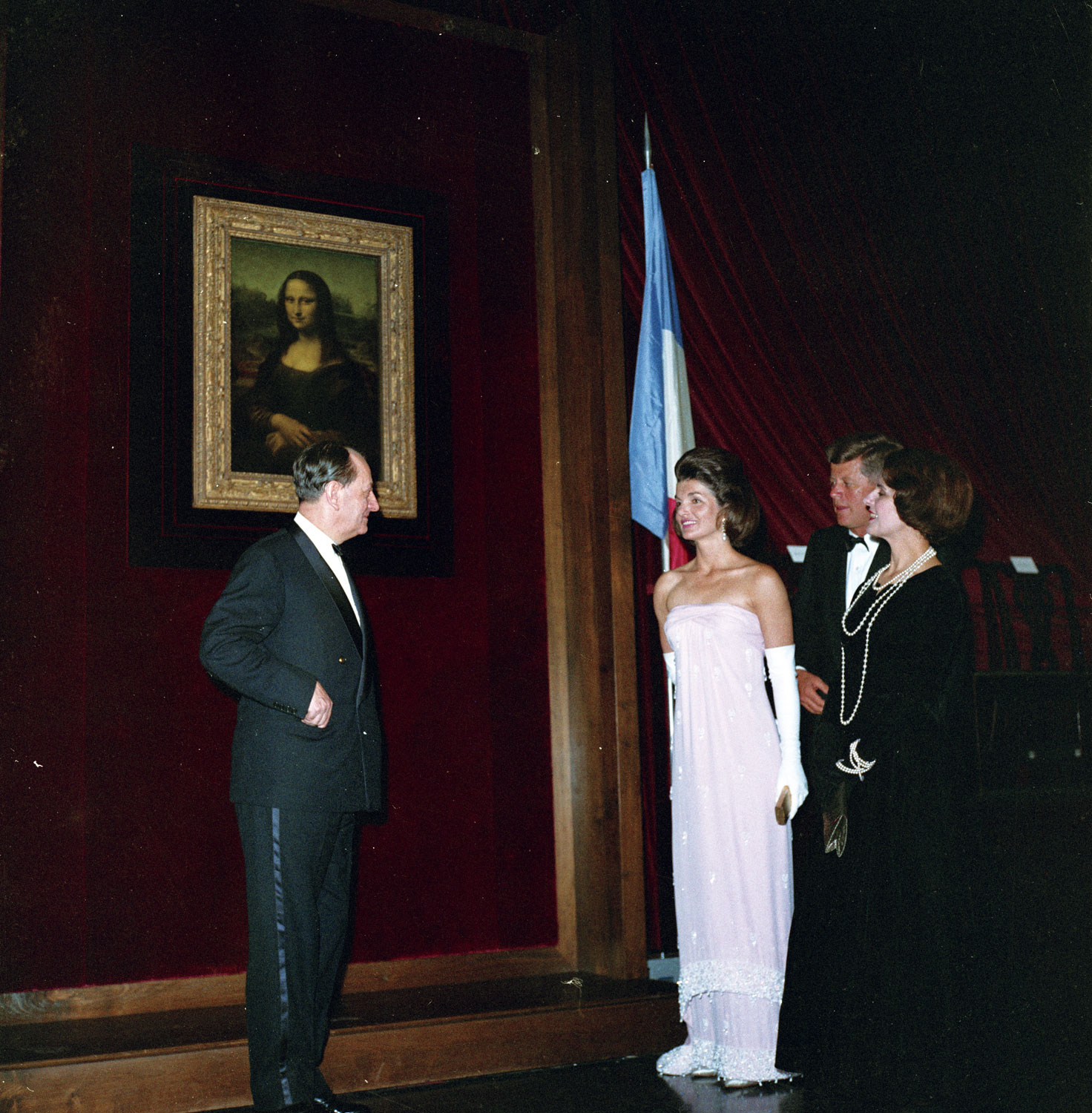 Mrs. Kennedy with President Kennedy, The Malraux's, and the Mona Lisa.

A version of this article first appeared in print in our 2018 Spring Issue issue. Subscribe to the magazine.

Cover: Young visitors crowd around the *Mona Lisa* during its visit to the National Gallery of Art in Washington.
Photo: AP Images
Next Post