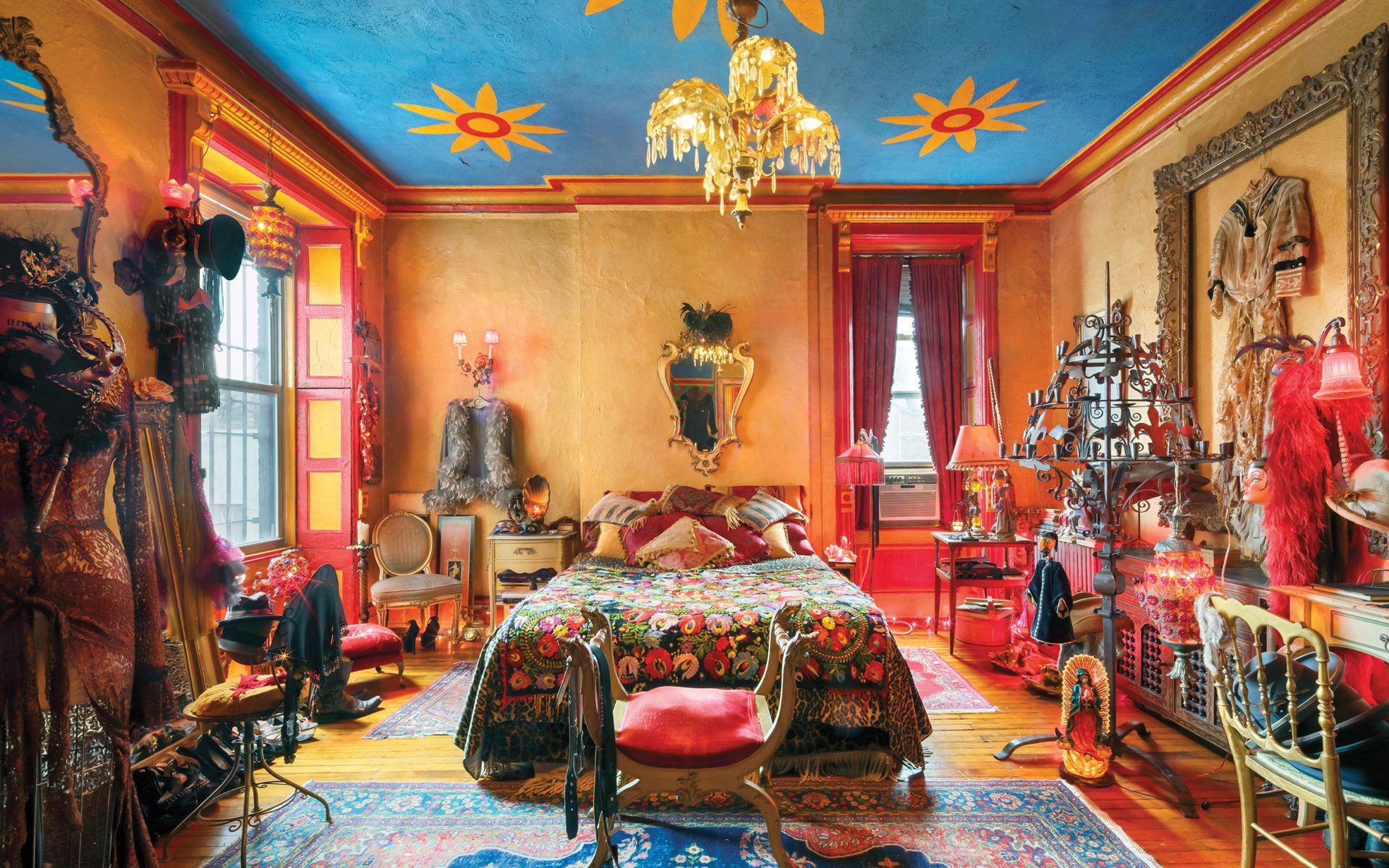 The apartments at the famed Hotel Chelsea are far from cookie-cutter. Take artist Gerald DeCock’s psychedelic setup, which mesmerized photographer Colin Miller after he caught a glimpse inside four years ago. “It was this crazy space with supersaturated colors,” Miller recalls. “I instantly wanted to figure out a way that we could shoot it.”

And so began the surreal odyssey that would become Hotel Chelsea: Living in the Last Bohemian Haven (The Monacelli Press), a deeply personal new book by Miller and writer Ray Mock, with forewords by former Hotel Chelsea residents Gaby Hoffmann and Alex Auder, that offers a behind-the-scenes look into the hotly contested battle to preserve one of New York’s most storied residences.

Founded as the city’s first cooperative apartment, in 1884, and later turned into a residential hotel, the stately Queen Anne gem became a magnet for eccentric artists, literary luminaries, and free-spirited Hollywood stars. But the façade’s respectable redbrick turrets, flowering wrought-iron balconies, and a postcard-perfect neon sign always belied a heady sense of debauchery within. After all, it’s where everyone from Mark Twain and Jackson Pollock to Bob Dylan and Madonna made headlines for misbehaving. From 1964 to 2007, the kindhearted but disorganized proprietor Stanley Bard nurtured the unique atmosphere as well as the talents who called the place home. By the end of Bard’s tenure, the timeworn structure was deteriorating, both physically and financially. His departure foreshadowed a rapid succession of owners who were intent on evicting the tenants—many of whom had no lease—and turning it into a luxury hotel. (The project now drags into its eighth year with no firm end in sight.) “It became very important to be an island of preservation,” explains filmmaker Steve Willis, a long-term resident who successfully fought to stay in his handsome fourth-floor unit, which was once home to Janis Joplin. “The biggest challenge was getting access,” admits Miller of the lengthy process. “Some people took years to respond. We had to earn the trust of a few tenants at a time.” As a result of their persistence, the tome features interviews with nearly two dozen current residents, all of whom granted a rare view into their private spaces. In addition to Willis and DeCock, the collection includes artist Tony Notarberardino, who occupies a whimsical loft on the sixth floor, and nightlife legend Susanne Bartsch, who has murals by Joey Horatio covering nearly every inch of wall space. “We approached the project to document as much as possible before everything was destroyed, but after years it became clear that people were hanging on, and the place was very much still alive,” says Mock. “For them, the Chelsea wasn’t this scandalous place where Sid Vicious killed Nancy Spungen, allegedly. It was actually about creating a sanctuary in which you and your family can thrive.”

A version of this article first appeared in print in our 2019 Late Fall issue under the headline “Suite Inspiration.” Subscribe to the magazine.