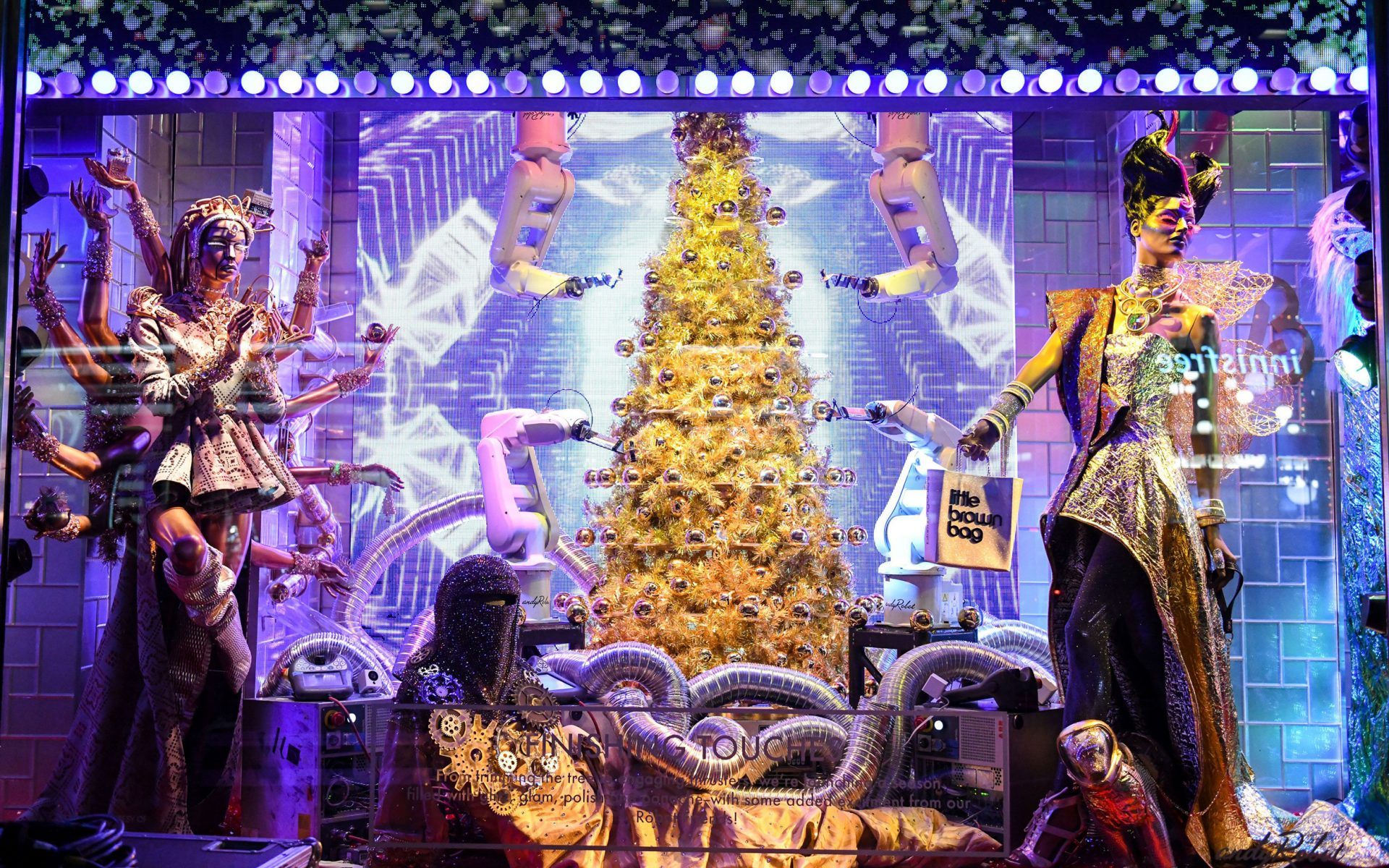 It’s an annual tradition for the luxury retailers and department stores in New York City to transform their windows into captivating installations celebrating the holiday season. Unveiled at the end of November and on view through early January, the windows often feature over-the-top designs, exquisite craftsmanship, and joyous flair. With millions of visitors to Manhattan during the Christmas season, it is no wonder that stores hope to entice shoppers to linger and explore through their magical displays. David Yurman’s windows conjure an arctic wonderland with frozen branches and exquisite jewels balanced atop blocks of ice. For the second year in a row, the esteemed jewelry brand will also raise awareness for Polar Bears International, a nonprofit dedicated to the protection of the endangered creatures, through sales of its North Star bracelet and necklace.