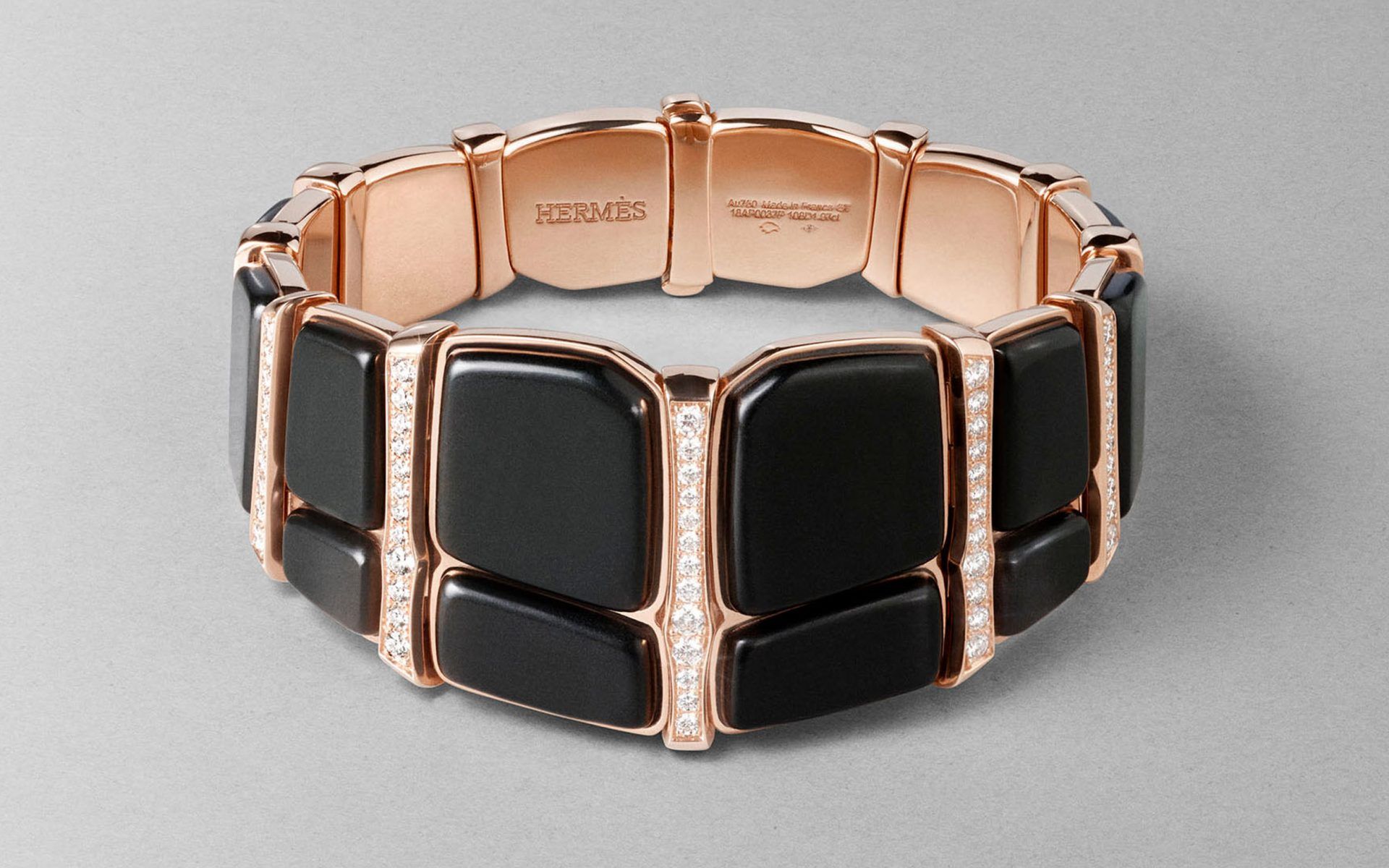 “Black is a color I have always loved, although it is not exactly an iconic color for Hermès historically,” admits Pierre Hardy, creative director for Hermès jewelry and shoes. The collection Black to Light—with over two dozen necklaces, bracelets, and rings featuring untreated jet-black jade and shimmering black spinels set in rose gold—represents a fairly dramatic stylistic departure for the brand.

“I wanted to find this feeling of ‘bright darkness.’ It’s an oxymoron, but that’s exactly what this modern collection is based on,” explains the designer, who is often seen sporting black from head to toe. His on-brand inspirations include the glistening coats of black thoroughbreds, which he describes as “so beautiful, so dense, but at the same time very shiny and bright.” He also makes the spot-on yet unexpected comparison of black jade to suede, noting that “there is darkness, but it is very soft.”

Four heritage forms in the existing Hermès jewelry repertoire are represented here: the signature oval-like Chaîne d’Ancre; Kelly, which incorporates the lock mechanism from the eponymous handbag; Galop, the horse head; and Collier de Chien. Standouts include the spinel-encrusted Chaîne d’Ancre necklace and bracelet, and the Niloticus necklace, which brightens black jade with rose gold and pavé diamonds.

Incredibly sophisticated but with a refreshing edge, the collection proves the chic appeal of Hermès can resonate both uptown and downtown. That duplicity isn’t lost on Hardy, who notes, “Hermès is much less conservative than people sometimes think.”

A version of this article first appeared in print in our 2019 Winter Issue under the headline “Black Beauty.” Subscribe to the magazine.