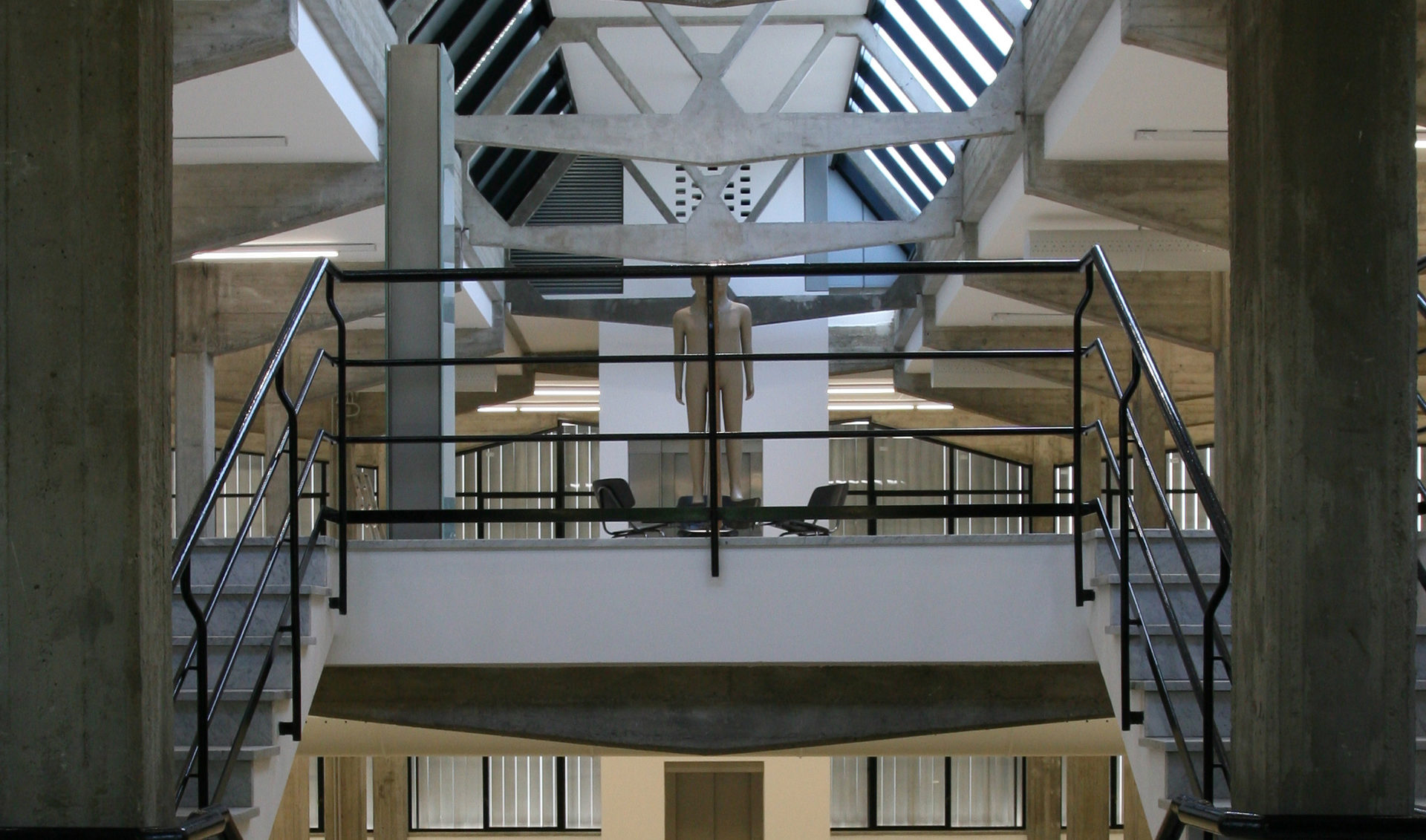 “O bliss of the collector, bliss of the man of leisure!,” said Marxist German-Jewish philosopher and theorist Walter Benjamin in his 1931 book, Unpacking My Library: A Talk About Book Collecting. “Ownership is the most intimate relationship one can have to objects. Not that they come alive in him; it is he who comes alive in them.”

This may well be the guiding principle of Collezione Maramotti, the private contemporary art collection of the late Achille Maramotti, known for founding the Italian fashion label Max Mara. Located in the brand’s original warehouse in the northern Italian town of Reggio Emilia, his collection of postwar and contemporary art represents one of the first major private collections of contemporary art in Italy. This year marks 10 years since the space opened its doors to the public, which has prompted a certain amount of reflection on the significance and role of the institution. “Achille had a very specific way he wanted the artworks presented,” says Marina Dacci, who has served as the director of the collection since its inception. The roughly 200 works on view—which represent only a portion of Maramotti’s extensive holdings—are chronologically arranged and showcase his favorites “rather than the most expensive or most historically significant pieces,” Dacci explains. The result is a deeply personal reflection on what it means to collect, outlined by lesser-known works by some of the biggest artists of the last half century.

Maramotti, who continued buying art until he died at age 78 in 2005, started collecting in the 1960s. It’s at this point that the collection’s permanent exhibition opens, boasting some of his first acquisitions by the likes of Lucio Fontana, Jean Fautrier, and Cy Twombly. A significant chunk of the collection is devoted to the northern Italian Arte Povera movement of the 1970s and ’80s, which has been having a renaissance on the secondary market over the past decade, with numerous works by leading names like Mario Merz, Michelangelo Pistoletto, and Jannis Kounellis. A work by Jannis Kounellis at the Collezion Maramotti. Photo: Luis Aniceto/Cesura

The collector’s tastes expanded internationally from thereon, as evidenced in major paintings by Gerhard Richter, Markus Lupertz, and Georg Baselitz. The permanent display ends on a decidedly American note, with works from the late 1980s up to the early aughts by Jean-Michel Basquiat, Julian Schnabel, Ross Bleckner, David Salle, Sherrie Levine, Cady Noland, and Kiki Smith, just to name a few. The richness and depth of Maramotti’s perspective warrants a dropped jaw, but it’s only half of his story. “From the very beginning, when we first started planning the Collezione Maramotti, it was as important to think about how we proceed in the future. How do you continue a collection after the collector is gone?” Dacci says.

To that end, Collezione Maramotti has always supported emerging and mid-career artists by commissioning three to five works a year, all in keeping with the spirit of Achille’s original collection. Because it skews painting heavy, according to Dacci, many of the artists they work with “are exploring how painting evolves, how it survives as technology and media changes.” But that doesn’t mean the commissioned artists have to create a painting. Recent projects underwritten by the collection include a site-specific performance by Japanese choreographer Saburo Teshigawara; a selection of 10 drawings, paintings, and an artist’s book by Italian-born, New York-based artist Luisa Rabbia; and a large-scale, laboratory-like installation by Czech sculptor Krištof Kintera. Collezione Maramotti not only continues to add to its vast holdings, it also seeks to engage with major issues facing the contemporary art world, namely the under-representation of female artists in major institutions and galleries. The collection partnered with London’s Whitechapel Gallery to institute the Max Mara Art Prize for Women, which is awarded biannually to a female artist working in the United Kingdom. This year, its sixth award went to artist Emma Hart.

“This was always a part of the collection and how it functions,” says Dacci, “But I think over the last decade, the quality of the winning artists over the past decade has prompted us to improve the quality of our offer.” She explains that the winning artists are selected by Whitechapel’s curators. From there, the Maramotti collection covers the cost of residence and production while providing a living stipend. The resulting work is then showcased in London at Whitechapel before heading to Reggio Emilia, where it then enters the Maramotti collection. According to Dacci, investing in issues and artists pushing the boundaries of the contemporary art landscape has always been first and foremost. “Maramotti was interested in contemporary art as an instrument to develop a vision of the future rather than a way of reflecting on the past,” she says. And in that way, through this continually developing collection and its initiatives, the collector is still very much alive.