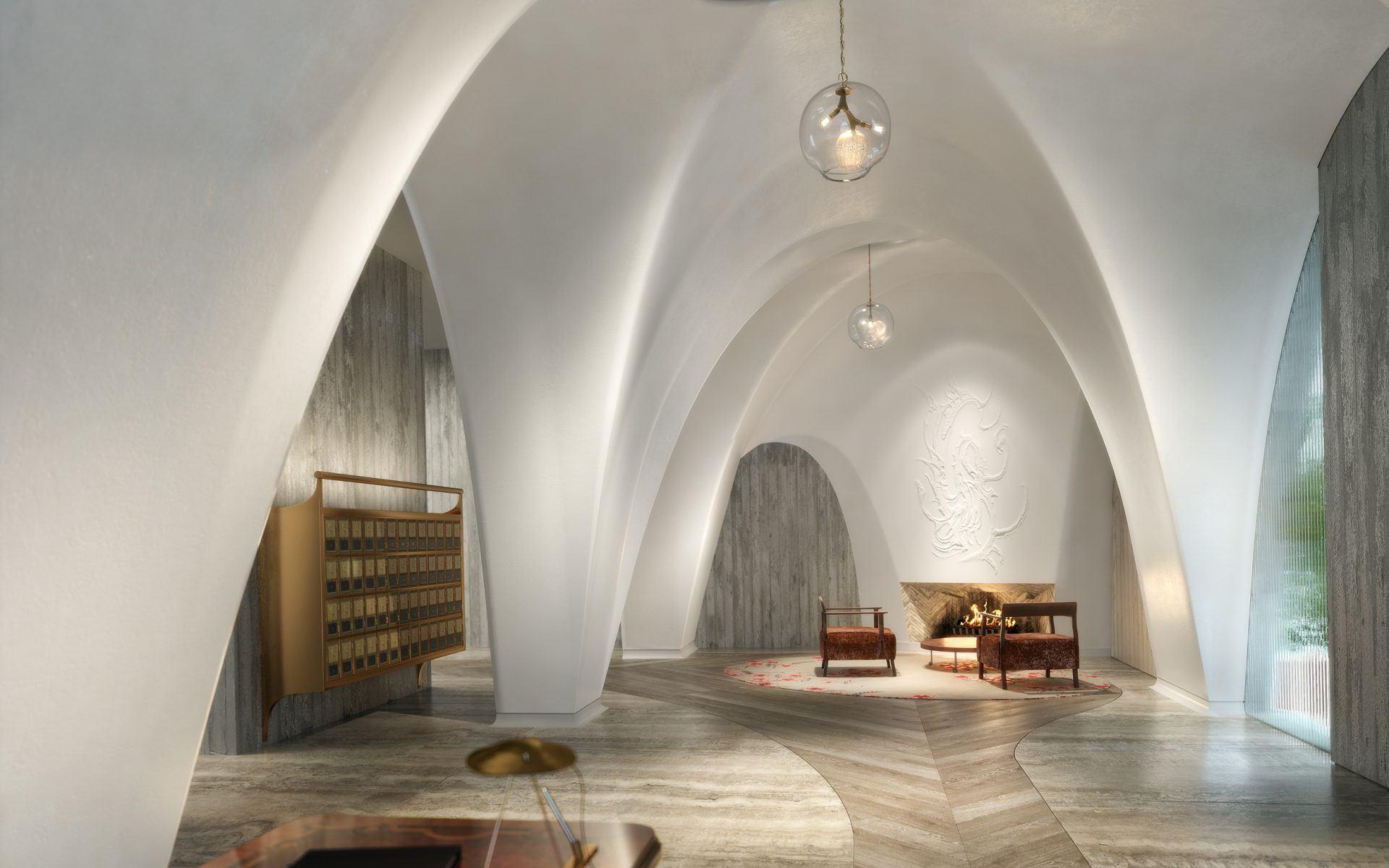 Inside a Gaudí-Inspired Tower on the Upper East Side Eschewing the monotonous trend of skyscrapers sheathed in glass, an eye-catching new tower inspired by visionary Catalan architect Antoni Gaudí has spouted on the Upper East Side. Developed and designed by DDG, the 524-foot building features swooping arches at the base, midsection, and crown, and is clad with nearly 600,000 silvery Kolumba bricks handmade in Denmark.

Dubbed 180 East 88th Street, the project also features an arresting lobby that recalls the interiors found in Barcelona’s famed Casa Mila, which Gaudí completed in 1912. To anchor the space, the firm—known for carefully crafted boutique developments like XOCO 325 and 41 Bond—enlisted stucco artist Jan Hooss to conjure an intricate plasterwork installation above the fireplace. The amenity-rich development also boasts a half-size basketball court, fitness center, wine room, and children’s playroom designed in conjunction with the Children’s Museum of the Arts.

DDG recently launched sales of the building’s 48 condominiums, unveiling a $4.635 million model unit designed by Hadas Dembo of Mise en Scène Design. “I see this apartment as an updated version of the classic Upper East Side home,” says Dembo. “It’s a little familiar albeit with a modern twist.”

Balancing prewar proportions with modern finishes, the three-bedroom unit boasts unique features like elliptical entry galleries, bespoke millwork, and custom cabinetry by Molteni&C. For the art, Dembo went with choice works by Ed Moses, Dan Flavin, and Walter Darby Bannard, while furnishings were sourced from R & Company and include pieces by Joaquim Tenreiro, Carlo Hauner, Greta Magnusson Grossman, and Bruno Munari. The interior designer, who has formal training as an editorial photo director, likens the glamorous finished product to a box of macarons: “It’s light and fluffy with just the right amount of sweet.”

See below for a tour of the unit.

The elliptical entry foyer is one of the unit’s defining features. Photo: Robert Granoff

Another view of the living area, which adjoins the kitchen. Photo: Robert Granoff