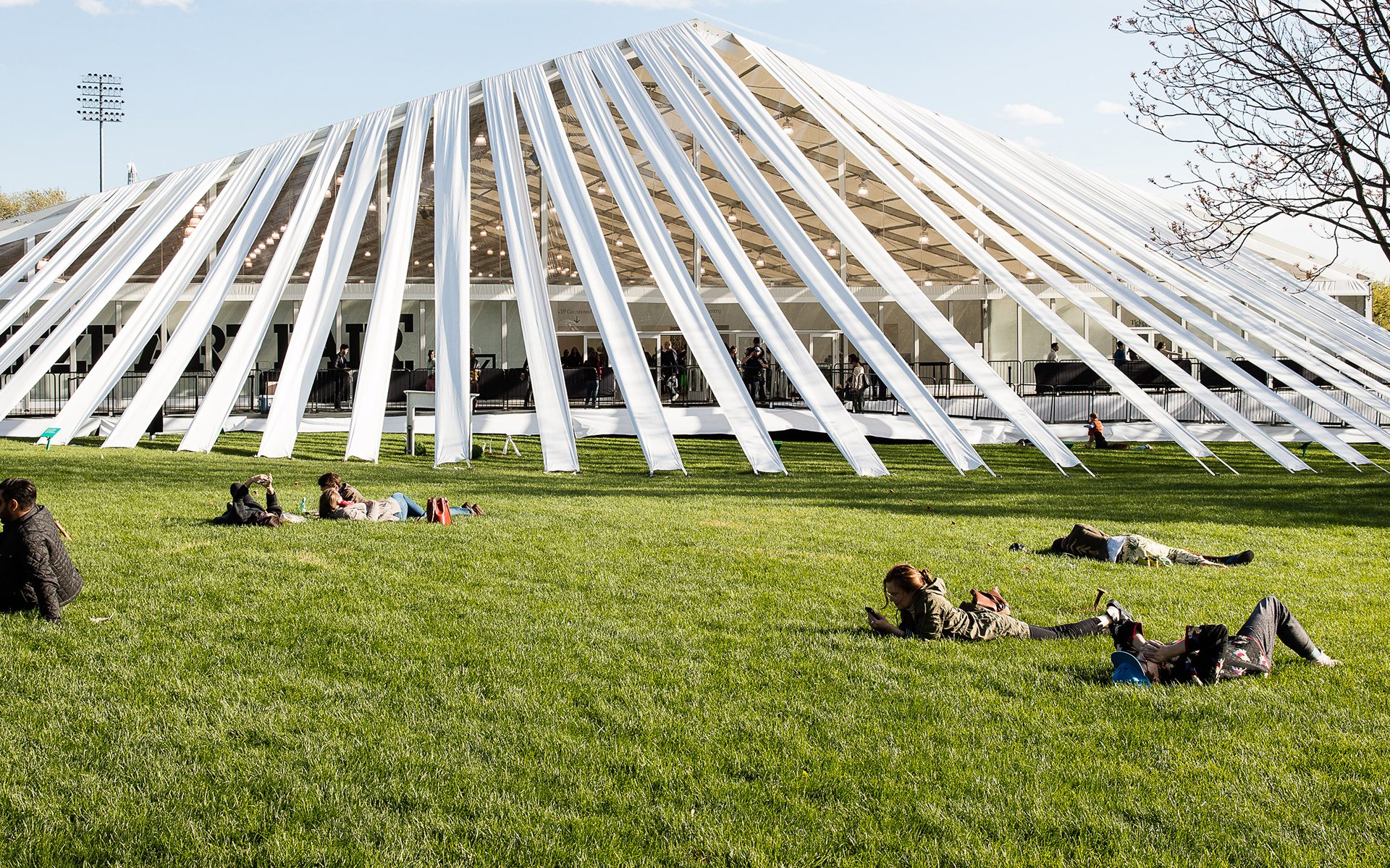 Curated by Matthew Higgs, the special themed section will showcase the artists he championed This year’s edition of Frieze New York, which runs from May 3–6 on Randall’s Island, is set to debut its first-ever themed section, a celebration of the late Manhattan art dealer Hudson (1950–2014), whose Feature Inc. gallery helped launch the careers of Charles Ray, Takashi Murakami and Raymond Pettibon, among many others. Following the success of independent curator Alison Gingeras’s twelve-gallery presentation “Sex Work: Feminist Art & Radical Politics” at Frieze London last fall, the fair invited White Columns director and chief curator Matthew Higgs to organize the new topical section for the New York edition.

“In a strange way, art fairs are like conventions for dealers,” Higgs tells Galerie. “There’s always been something very collegiate about them, particularly if we think back to the Gramercy International Art Fair, which later became the Armory Show. What I wanted to do here was celebrate an art dealer—in this case, Hudson, who died only a few years ago.” “Because the Feature Hudson Foundation just formed, it seems like the right moment to not only make sure that people don’t forget Hudson, but also to remind them that art just doesn’t appear fully formed—it emerges very slowly, in a context,” he added. “I think that one of the most extraordinary contexts of the last 30 years is what Hudson did at Feature Inc. He had such a maverick, idiosyncratic, and almost visionary eye.”

Hudson—known only by his last name—opened his Chicago gallery with a solo show of Richard Prince photographs, on April Fools’ Day in 1984. He went on to exhibit the seminal artists of the day, including Sarah Charlesworth, Jeff Koons, Louise Lawler, Sherrie Levine, and James Welling. In 1988 he relocated to New York, where he continued his pioneering practice in Soho, Chelsea, and the Lower East Side, until his death in 2014. The themed sector, titled “For Your Infotainment—Hudson and Feature Inc.,”offers eight booths occupied by galleries from Chicago, London, Los Angeles, and New York, all presenting solo and two-person shows of artists originally championed by Hudson. Additionally, Higgs curated a Feature Hudson Foundation booth, which displays a giant portrait of the gallerist by Chicago artist Judy Linn on the back wall, alongside works by 14 artists from the gallery’s historical stable, including Lisa Beck, Richard Kern, Kay Rosen, Nancy Shaver, Lily van der Stokker and B. Wurtz.

As for the other booths, Gagosian is showing paintings, sculptures, and drawings by Takashi Murakami, who had his first solo show in New York at Feature Inc. in 1996, when he was fresh from a residency at PS1 International Studio Program and long before his celebrated Superflat style had swept the world. The works on view include the massive, three-part 1997 painting Rose Milk, which captures a stream of white liquid that represents the artist’s fascination with the sexually charged anime subculture in Japan. CANADA offers a two-person show of edgy red-and-blue paintings by Jason Fox and Daniel Hesidence’s expressively rendered canvases of vortexes, from the the ’90s and ’00s, when they both exhibited with Hudson. Meanwhile, Nicelle Beauchene Gallery presents a survey of recent colorful abstractions by Andrew Masullo, and Karma displays a selection of new still-life paintings of everyday objects and observations by Dike Blair, who had five solo shows with Hudson between 1998 and 2013.

Visible outside the fair’s massive white tent are recent sculptures by Tom Friedman and Tony Tasset, presented by Stephen Friedman Gallery and Kavi Gupta, respectively. Inside, works from when they showed with Hudson are on view in each gallery’s booths. Tasset, who started out with Hudson in 1986, right after getting his MFA from the Art Institute of Chicago, had six solo shows with the gallery through 1994, and Friedman racked up seven one-person exhibitions at Feature Inc. between 1991 and 2005, when he famously jumped to Gagosian—a move that he reportedly later regretted.

Notably, Hudson was one of the first American dealers to show the homoerotic drawings of Tom of Finland, which are being exhibited in David Kordansky Gallery’s booth. He was also one of the early champions of the poetic drawings and installations of Raymond Pettibon, who has long been a key member of David Zwirner’s dynamic roster of artists. Zwirner is offering the rare 1990 painting Untitled (Born blind…), along with a selection of the Pettibon’s coveted works on paper from the ’80s and ’90s.