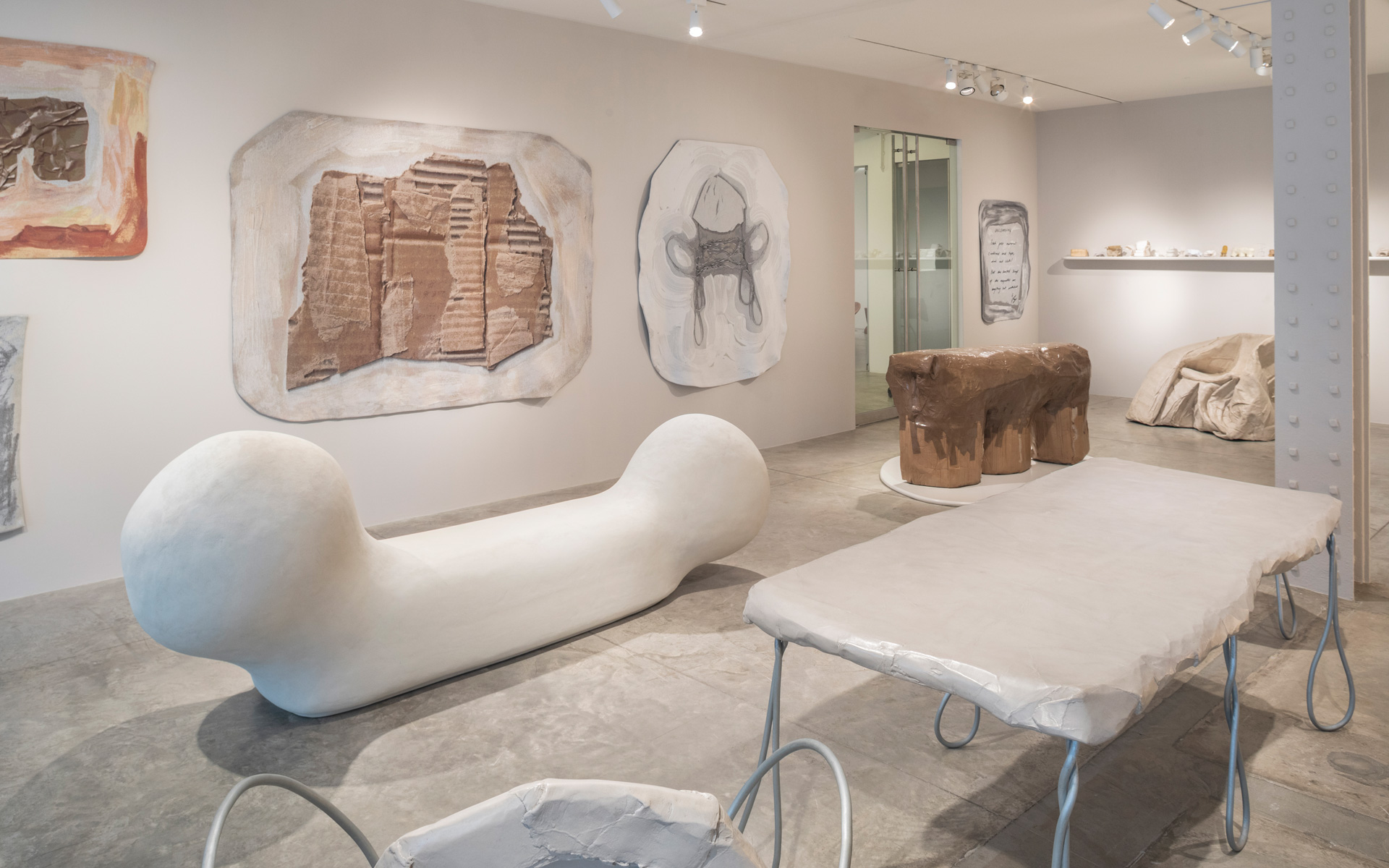 A view of Faye Toogood's show "Assemblage 6: Unlearning" at Friedman Benda, on view through October 17.
Photo: Courtesy of Friedman Benda

Faye Toogood’s Inspirations Are as Diverse as Her Remarkable Creations 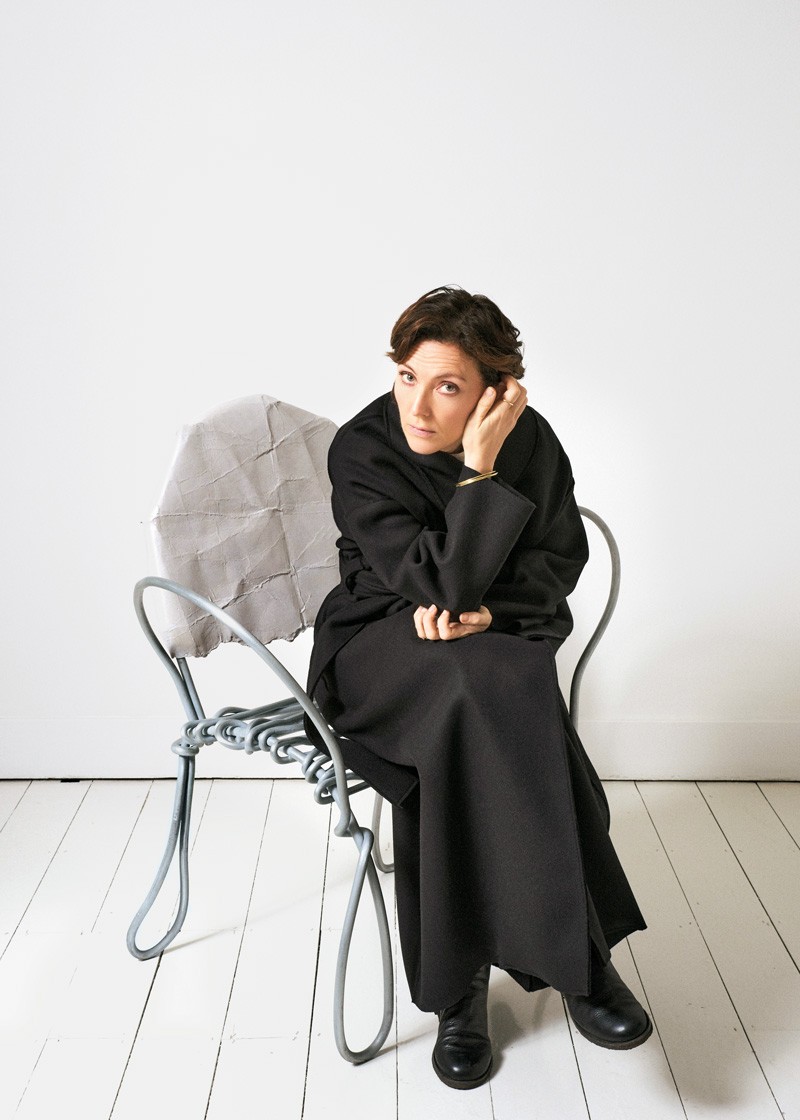 A British superstar artist, designer, and so much more, Faye Toogood seems to possess an unfathomable well of creativity. It was her iconic Roly Poly chair that catapulted her onto the collectible design scene, but her range of disciplines continues to evolve.

This September, she mounted her first show in several years, at Friedman Benda in New York, entitled “Assemblage 6: Unlearning.” The new works demonstrate a career resurgence sparked by the birth of twins as well as the effects of being forced to slow down due to quarantine.

Here, she shares the revelations that come with this next phase of her work. 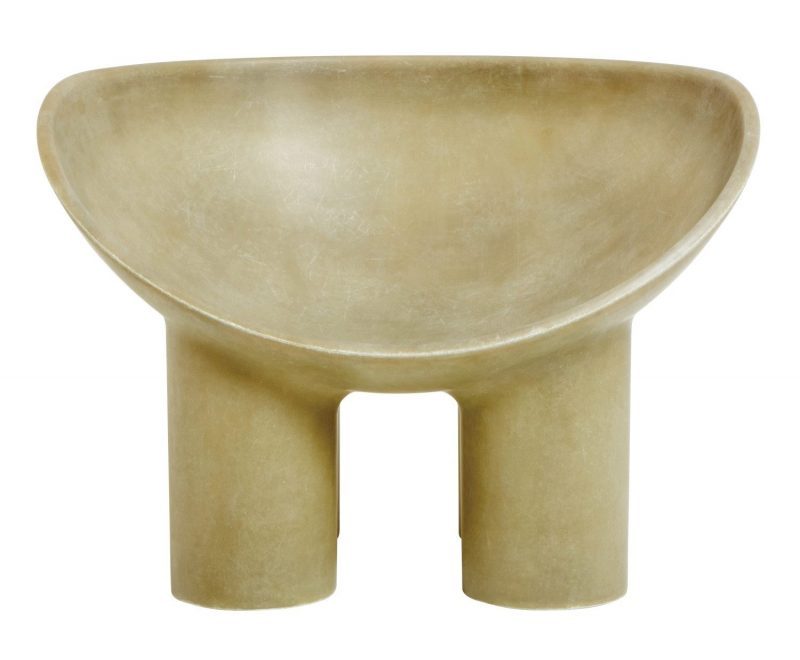 I’ve often described myself as a tinkerer, because I’m a specialist in nothing but do so many things—artist, furniture maker, interior decorator, fashion designer. I’m always frustrated, because I’m not proficient in any one thing. At some point, I want to try jewelry. It’s such an interesting combination of culture and fashion.

When the Roly Poly chair first came out, I had just given birth to my first child. Almost overnight my aesthetic changed. Before, it was steel and angular, because I was a young woman trying to assert myself in a male-dominated field. But after I became a mother, everything was fuller, plumper, rounder. I still have one at home, and as long as I have it there, it means I still love it. 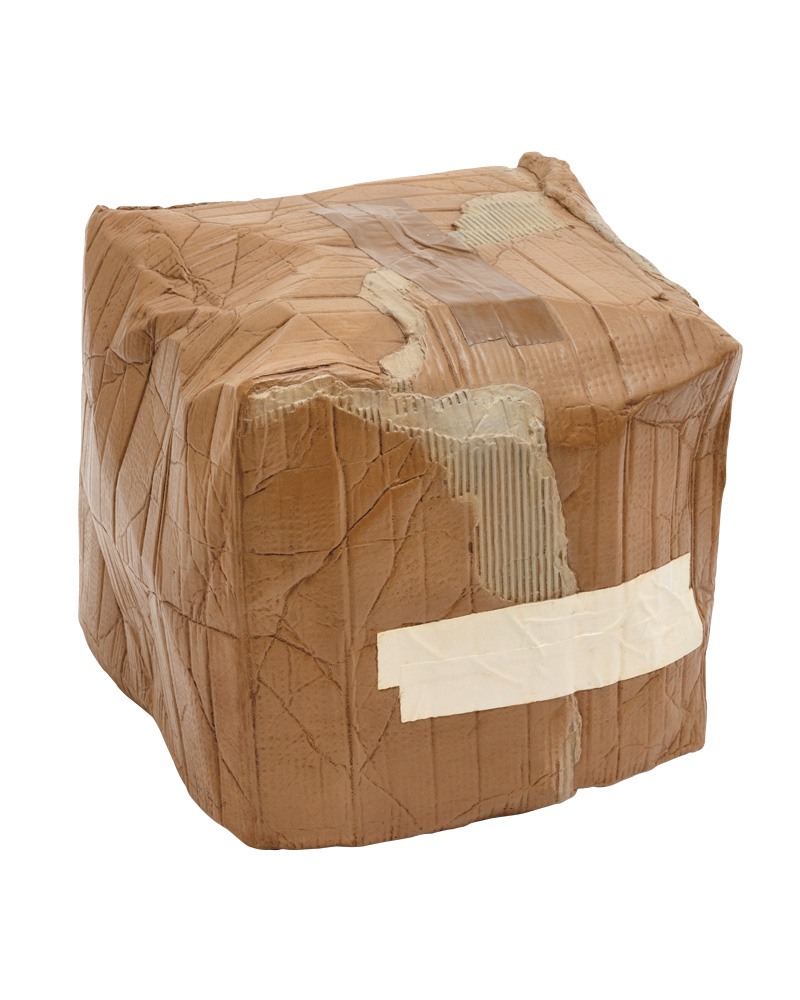 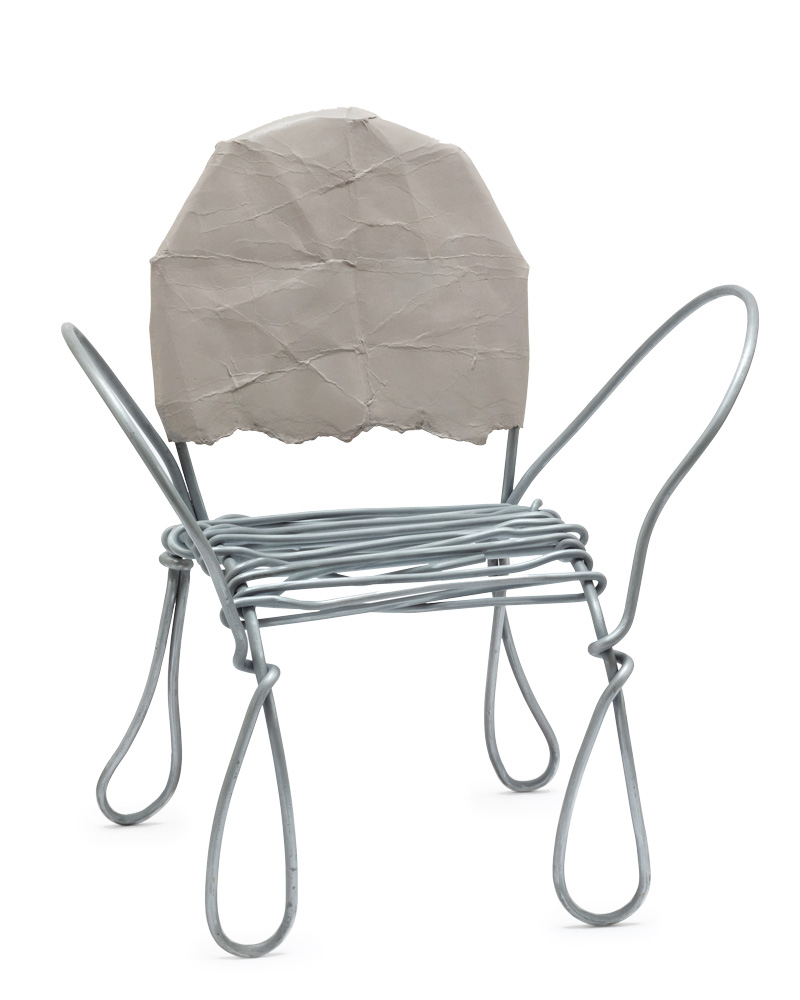 My solo show at Friedman Benda came out of a period after I had twins three years ago. When I started working again, I knew in my heart that I wanted to change my aesthetic. I sat in my studio and got clay, paper, and wire, and my team started to make childlike, quite crude maquettes. We made hundreds of them, then I edited them down to about 15 or 20. I told my team, “This is the show.” They thought we would then develop the shapes, but that primitive folk naive quality was what I really wanted. This is my new vocabulary. 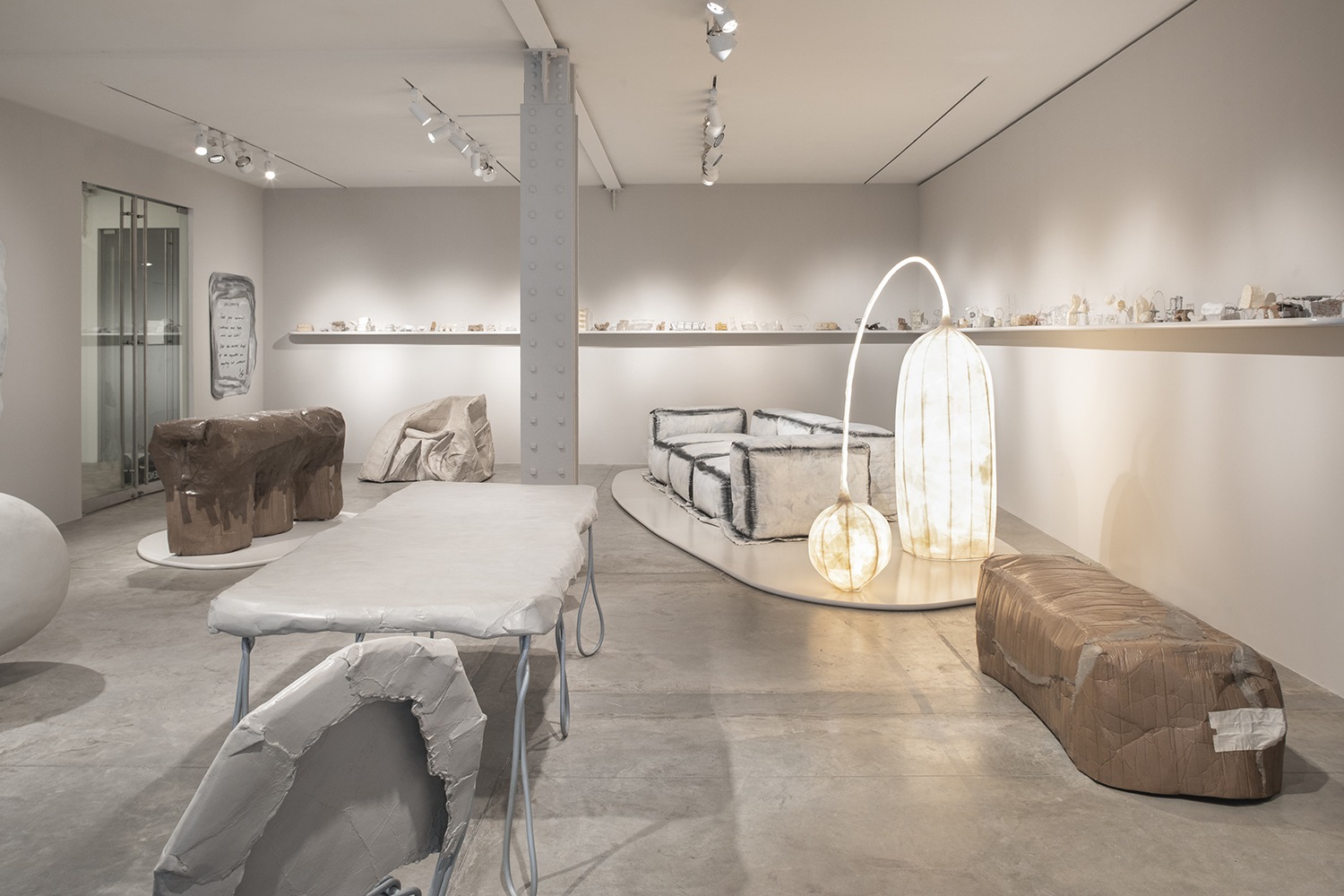 A view of Faye Toogood's show "Assemblage 6: Unlearning" at Friedman Benda, on view through October 17. Photo: Courtesy of Friedman Benda

I’m now working on the National Gallery of Victoria Triennial in Australia. I’ve been able to curate my own show from their archives, using Rembrandts and Dutch still lifes, and I’m incorporating some existing furniture and creating new pieces as well. I’m making a tapestry, plus ten oversize family busts. I made them during lockdown, and since my manufacturers were closed, I crafted them myself in the studio with boxes, wood, and tape. 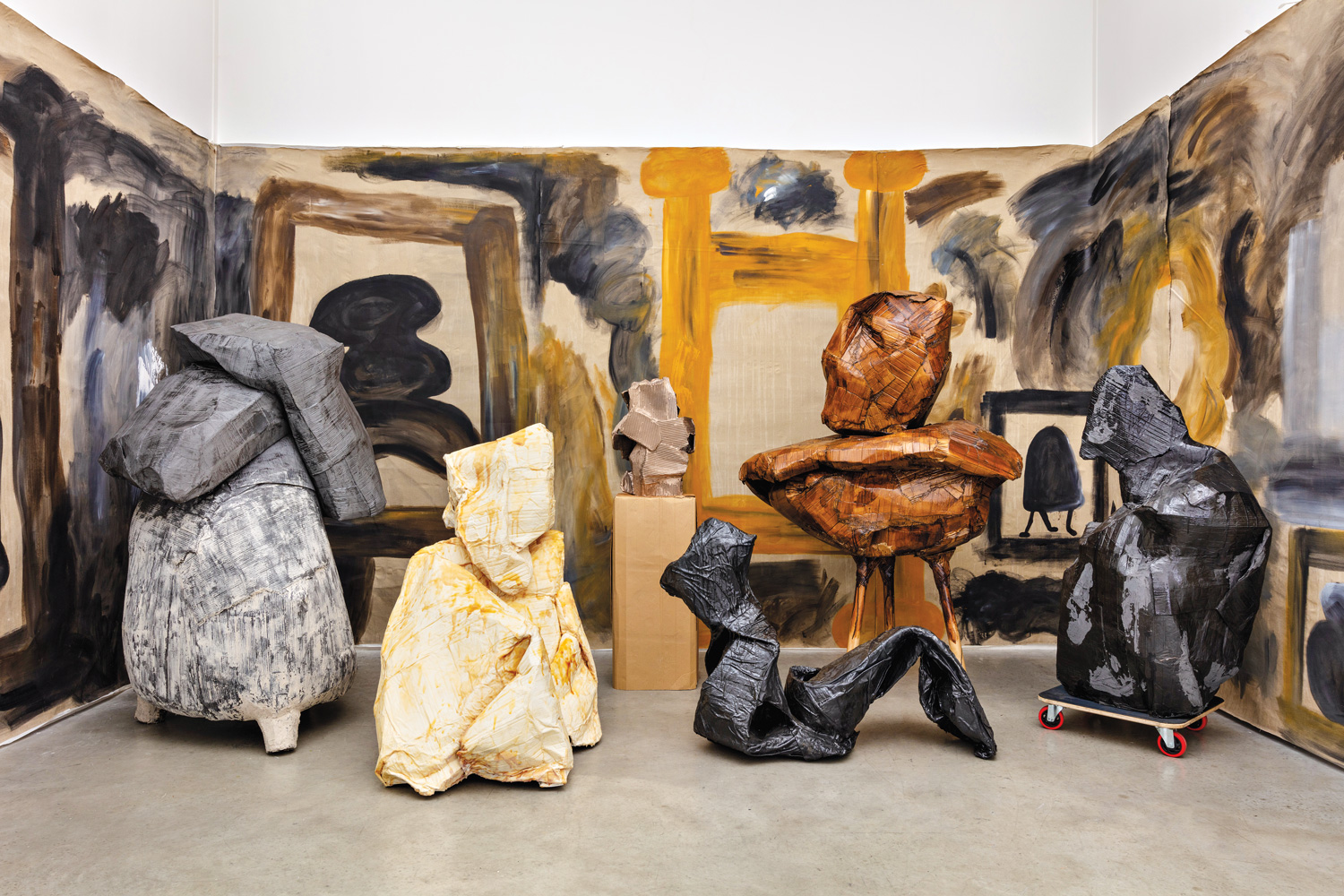 A series of family busts by Toogood from her upcoming installation “Downtime” at NGV. Photo: Angus Mill

I’m inspired by Phyllida Barlow, Louise Bourgeois, and Barbara Hepworth. They’re all female and very strong in their own direction and very much driven by their experiences. Their use of materials influences me so much. At age eight, I went to Hepworth’s studio and was blown away. 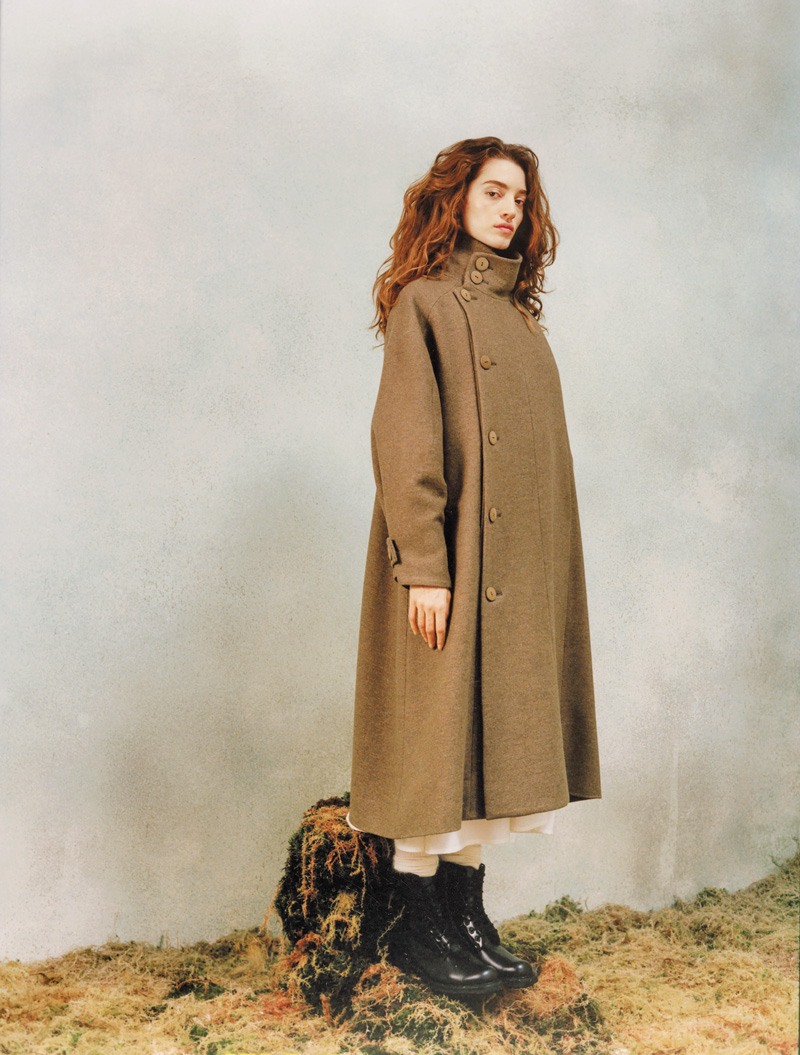 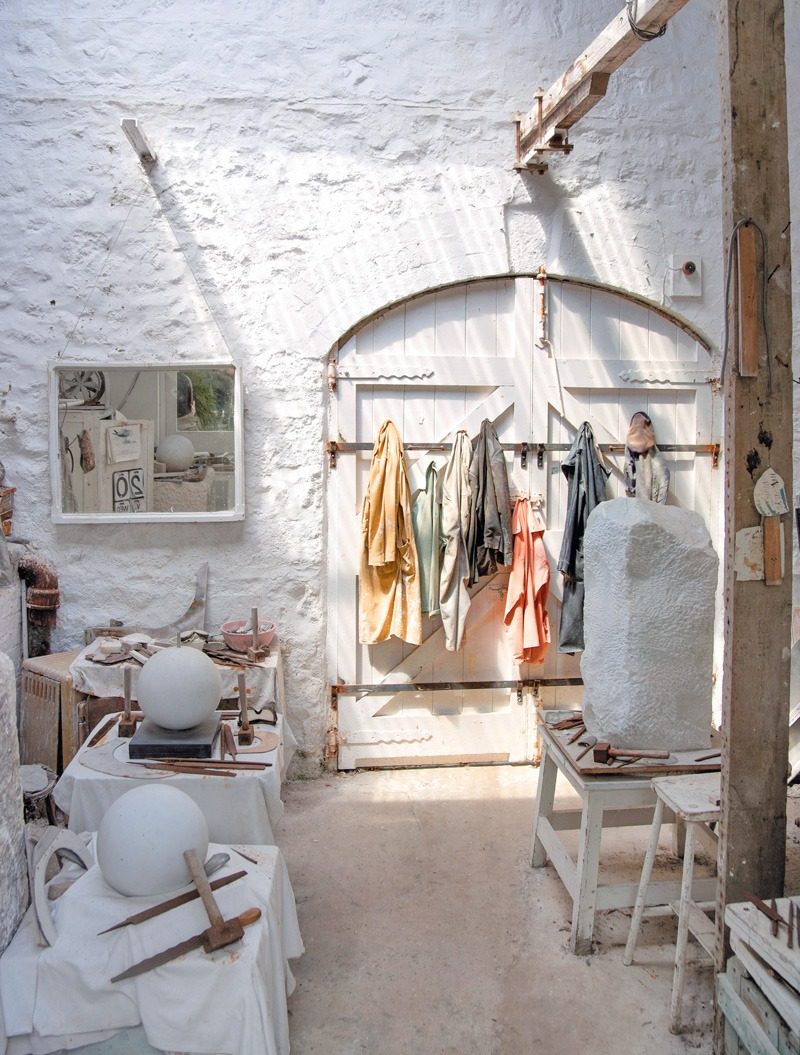 “That primitive folk naive quality was what I really wanted”

The clothing I create is a kind of living sculpture. I started it about seven years ago with my sister, who is a pattern cutter. I was watching her turn flat fabric into something three-dimensional and thought we should create for my friends and artists. It’s for people who weren’t into fashion but wanted their own creative uniform.

The things I buy tend to be old. I have a passion for ceramics I need to keep in check, or my house would be filled with big bowls and pots. I have an early-modernist English aesthetic in terms of artwork I collect. Recently, I purchased a Henry Moore drawing, a Victor Pasmore painting, and a Ben Nicholson lithograph. 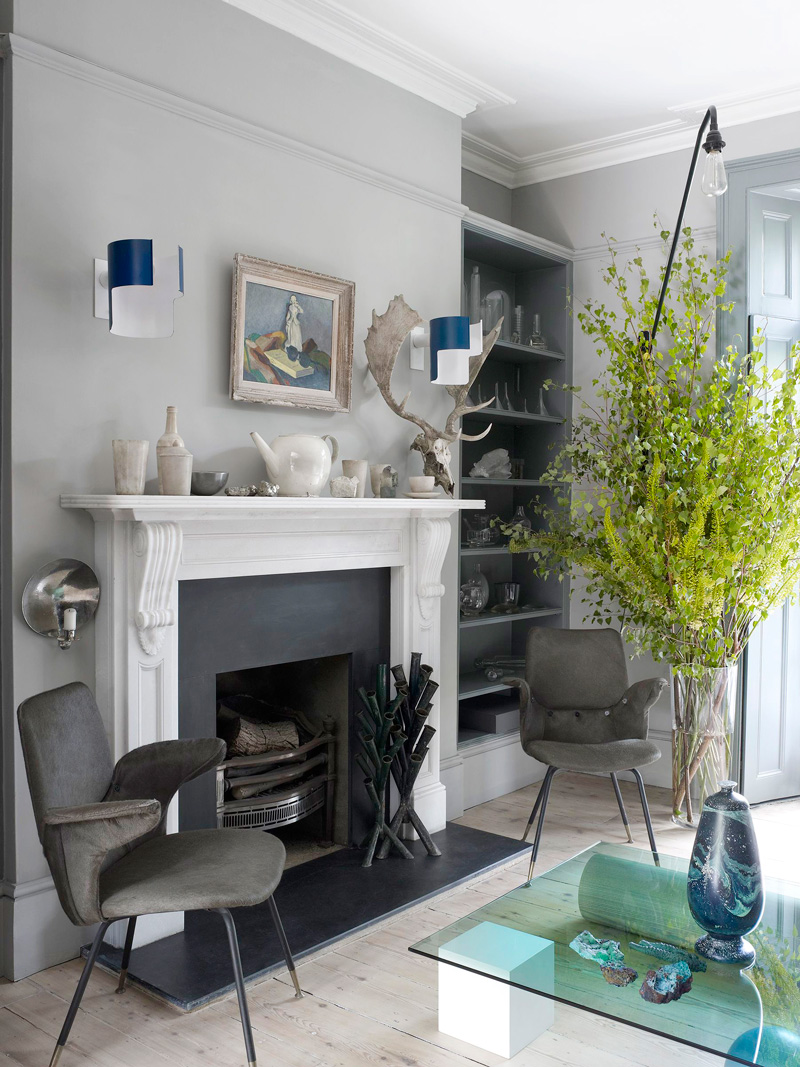 When it comes to my homes, I don’t have a blanket style. My last one was a 1960s house by Walter Siegel with gray brick, natural wood, and strong, clean architecture. Before that, I lived in a late-Georgian, early-Victorian house. At the moment, I’m moving into a practical and minimal period, but it always comes down to the materials and the British color palette.

A version of this article first appeared in print in our 2020 Fall issue under the headline “On A Roll.” Subscribe to the magazine.

Cover: A view of Faye Toogood's show "Assemblage 6: Unlearning" at Friedman Benda, on view through October 17.
Photo: Courtesy of Friedman Benda
Next Post