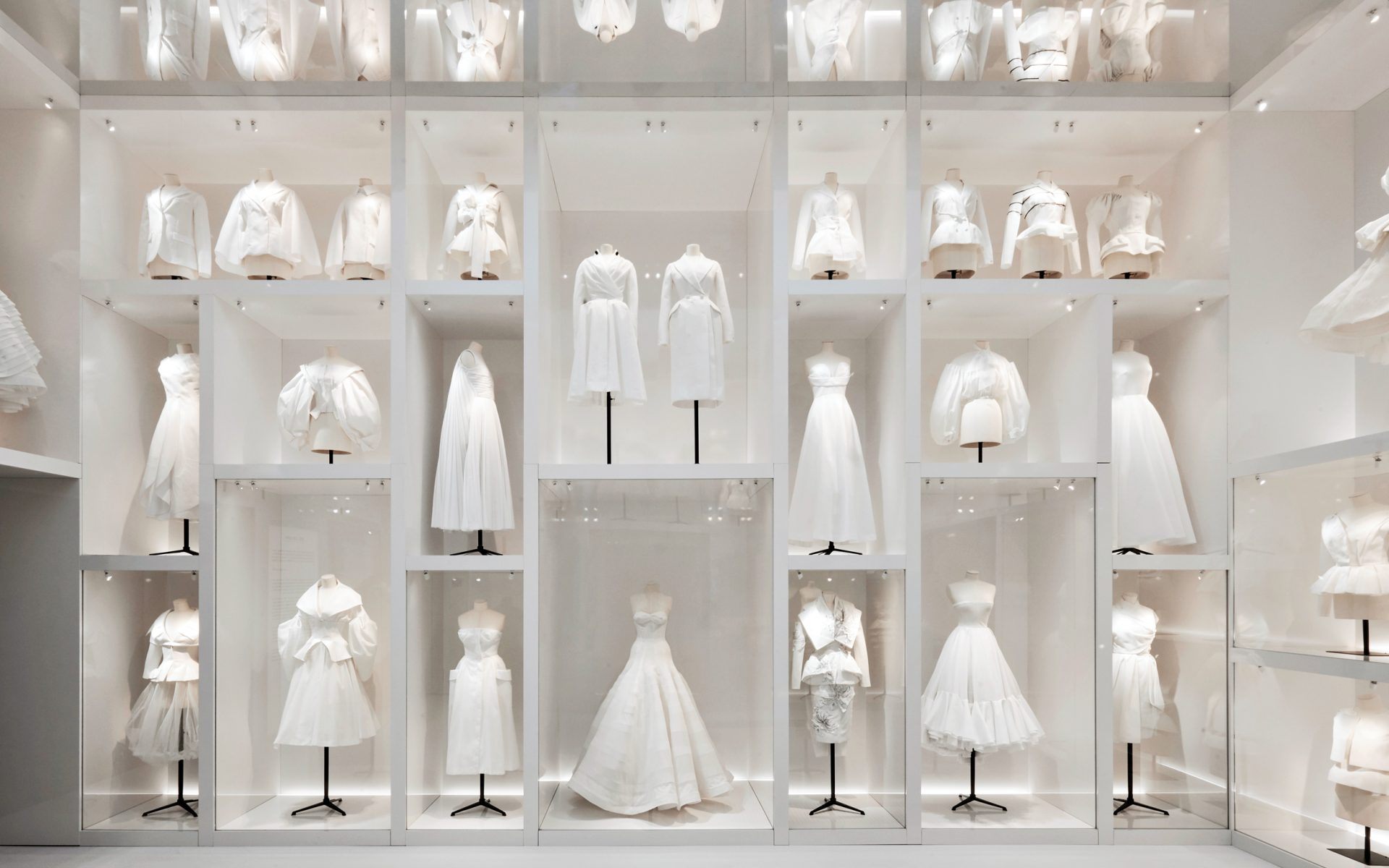 “Christian Dior: Designer of Dreams” traces the history and impact of the influential couturier at the Victoria and Albert Museum in London.
Photo: Adrien Dirand

Why Fashion Exhibitions Are Drawing Record Crowds This Summer

Once scorned by high-brow institutions as celebrating a lesser craft, fashion exhibitions have become highly attractive additions to the annual programming of museums and cultural centers across the globe. Record crowds have lined up in New York, Paris, London, and Montreal to see meticulously curated displays of haute couture by some of the most esteemed designers on the planet.

A select few curators hold the keys, and in New York one has to look no farther than the Costume Institute’s Andrew Bolton, who, following in the footsteps of his predecessor, Harold Koda, has animated the Metropolitan Museum of Art with some of the most memorable displays of the past decade. From the reverent “Savage Beauty” in 2011, exploring the work of Alexander McQueen, and more recent masterpieces such as the record-breaking “Heavenly Bodies: Fashion and the Catholic Imagination” in 2018 to this year’s fun-filled “Camp: Notes on Fashion,” Bolton’s work has a marked flair for drama, and his ability to intertwine the worlds of haute couture and avant-garde contemporary design makes a strong case for the genre as a spectator sport. Across the pond in Europe, Paris and London are the undoubted capitals of the fashion exhibition, with the Palais Galliera and Musée des Arts Décoratifs in the former and the Victoria and Albert Museum in the latter all showcasing major retrospectives in recent years, including such highly regarded names as Azzedine Alaïa, the house of Hermès (in the years of Belgian wunderkind Martin Margiela), and Cristóbal Balenciaga. (Balenciaga’s revolutionary haute couture has warranted multiple shows in the past decade, and the designer boasts his very own dedicated museum outside of Bilbao, Spain.) The V&A’s recent runaway success, “Christian Dior: Designer of Dreams,” was so popular it sold out three weeks after opening in February and has been extended to September. Olivier Gabet, director of the Musée des Arts Décoratifs, who helmed the original exhibition in Paris, understands the attraction of these shows. “If you have no background or knowledge, you can still enjoy a fashion exhibition and be transported by the visual beauty, the glamour, the dream,” he says. “I want to make shows that are playful and joyful—that celebrate the mind of a designer.” In Paris, the independent curator Olivier Saillard’s creative spirit has produced sartorial exhibits mounted in unexpected locations, from Balenciaga’s work placed in dialogue with classical statuary inside the Musée Bourdelle to the work of Comme des Garçons’ Rei Kawakubo encased in plastic bubbles inside the lime-green Cité de la Mode et du Design building on the edge of the Seine. His performances, too, have become the stuff of legend, including a collaboration with Tilda Swinton (parading, with gloves, museum garments no longer authorized to be worn), T-shirt-draping exercises, and conceptual presentations featuring French haute couture models from the 1980s and ’90s. Also pushing fashion’s agenda in dialogue with art and design, former Arts Décoratifs chief curator Pamela Golbin is credited with the powerful Dries Van Noten retrospective of 2014, which commingled his richly adorned designs with the paintings, sculptures, ethnic objects, antique textiles, and other artifacts that inspired them. That show exemplified what ties these and other major costume curators together—their acknowledgment of apparel in its wider context, building exhibitions that reflect the historical and spatial contexts of clothing and its position as a cultural signifier. It’s not just curators who are embracing the craft as an exhibition; designers, too, are responding to their significance. “If you’re not in the fashion world, you’ll only see the result of the designer’s work without knowing where they have come from, the path they took,” says Christian Louboutin, who is working with Gabet on an exhibition of his work at the Palais de la Porte Dorée in 2020. “It’s nice to open the book and show the inspirations and experiences from the different aspects of your world.” Ensembles by Marc Jacobs from his 2016 spring/summer ready-to-wear collection. Photo: Johnny Dufort, Courtesy of the Metropolitan Museum of Art

Helping bridge the gap between creators and curators and their audiences has been social media. Fashion as a phenomenon has never been more popular than in the digital age, with the Internet creating an immense global interest in what was previously a niche luxury microcosm. Once only available to a select few customers in elite world capitals and those hungry enough to go searching for the artifacts of bygone sartorial styles, high fashion has been radically changed by the smartphone, which has increased its accessibility and spurred an ever-growing appreciative audience.

“Fashion really speaks to people by the nature of us getting dressed every day,” says Denver Art Museum’s curator of textile art and fashion, Florence Müller, who oversaw the institution’s recent “Dior: From Paris to the World” exhibition as well as the 2012 “Yves Saint Laurent: The Retrospective.” “But haute couture is something very different. Fashion is a form of art that is very alive and the closest to people.”

A version of this article first appeared in print in our 2019 Fall issue under the headline “Behind the Seams.” Subscribe to the magazine.

Cover: “Christian Dior: Designer of Dreams” traces the history and impact of the influential couturier at the Victoria and Albert Museum in London.
Photo: Adrien Dirand
Next Post